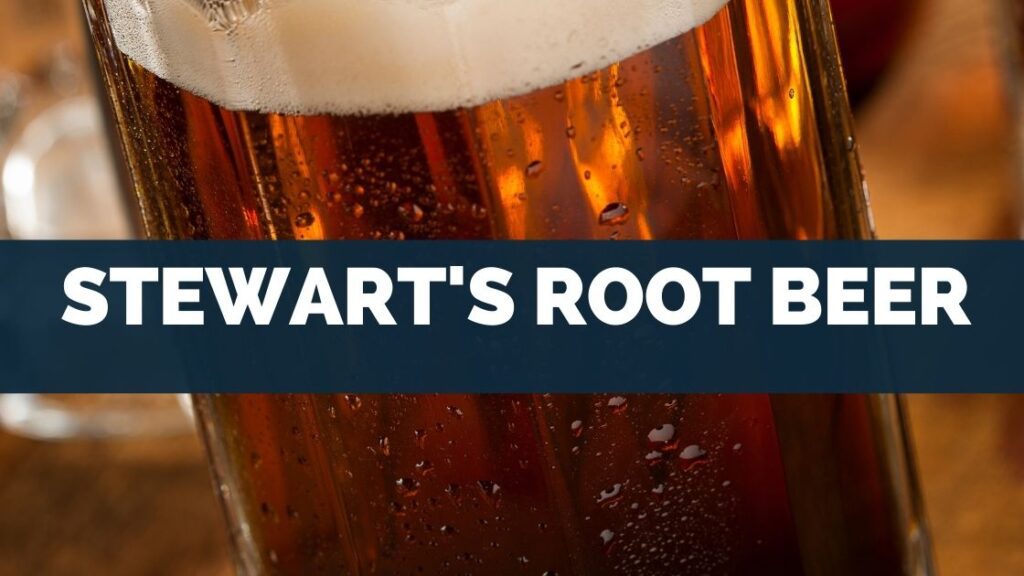 Stewart’s Root Beer has been a long-time favorite among root beer drinkers, as they have kept to their original, great-tasting root beer (with secret ingredients) recipe since the beginning.

If you want to relive a nostalgic moment from your past and enjoy some great memories, then make sure you have a Stewart’s Root Beer to go with it.

Stewart’s popular root beer has been around since 1924 and has not changed its recipe or taste very much in this time frame which is why it has remained a firm favorite for generations.

This all-American root beer was awarded the top root beer award in 2006 at the World Cup Of Root Beer.

Let go through everything you need to know about this all-time favorite root beer.

Where Is Stewart’s Root Beer Made? 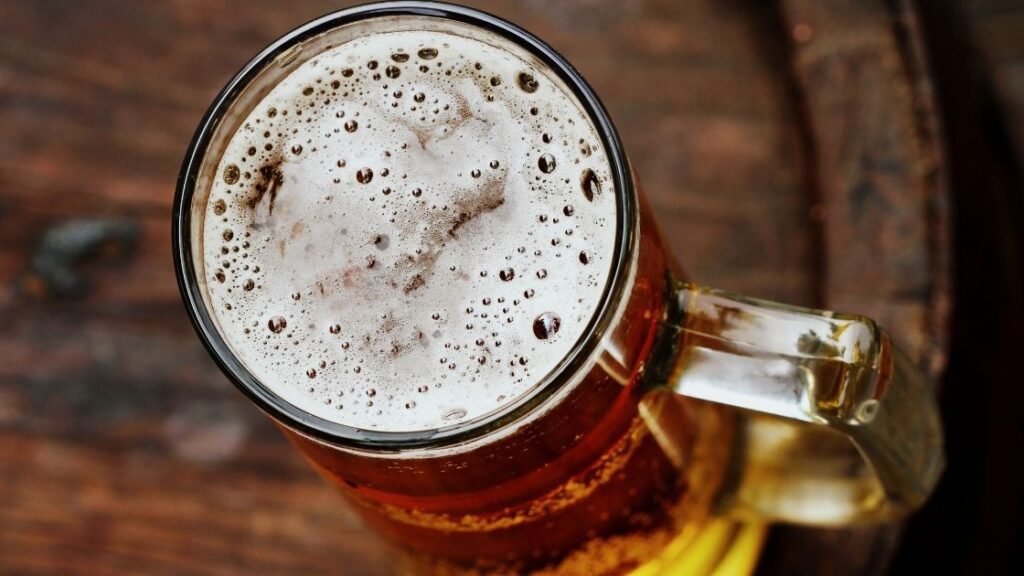 Stewart’s Root Beer is a refreshing and tasty premium soft drink that is great for people who are nostalgic about their good old-fashioned root beer flavor.

This tasty drink first originated at the Stewart’s Restaurant, and then a chain of root beer stands was started in 1924 by Frank Stewart in Mansfield, Ohio, USA.

Stewart’s Root Beer is an award-winning root beer in that it was named the top at the WCRB (World Cup of Root Beer) in 2006.

Stewart’s Root Beer comes in a 12 oz (355 ml) glass bottle that has a twist-off top; some of the glass bottles are tinted with amber to give them that lovely golden look, while other bottles are just clear glass.

Many different corporations over the years have owned the bottling rights to Stewart’s Root Beer.

The bottling rights for Stewart’s Root Beer were first owned by the CCBC (Cable Car Beverage Corporation), which was then bought by Triac.

From there, in 2000, Cadbury Schweppes PLC acquired the rights to Stewart’s brand along with Mistic Brands and Snapple for about $1.45 billion.

Now there are multiple different flavors in Stewart’s Brand arsenal, and it is being produced in many different countries. 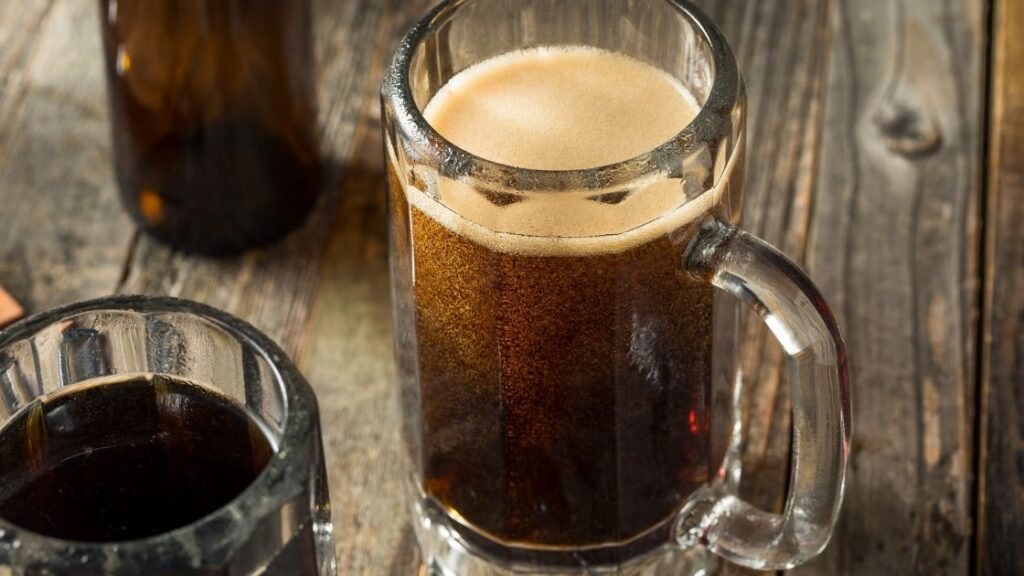 Stewart’s Root Beer has some ingredients that we may all already know.

They do not use anything that is particularly bad for you, but this is where the rule of moderation does apply.

Like anything in life, if you go overboard with it, then it’s probably not going to do you any good.

Some of these ingredients, Natural and Artificial Flavors are not too bad for you in moderation, and some of them, on the other hand, you should watch your intake carefully as they can be harmful to your body, for example, high sugar can lead to a serious disease like diabetes.

The Stewart’s Diet Root Beer can be a better choice if you are cutting down on sugar as it has zero sugar in it.

So, Stewart’s Diet Root Beer uses aspartame in place of sugar, this is not the best sugar replacement out there for humans to consume, but it does reduce your actual sugar intake at least. 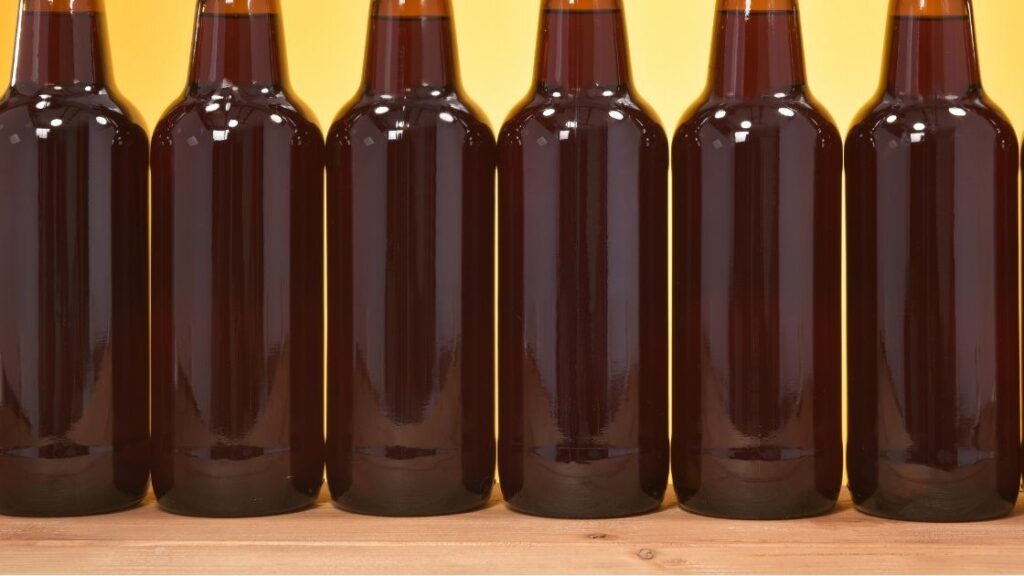 Although Stewart’s Root Beer may not be too bad for you in moderation, it is still, like any other soda, probably not the best drink for you to have as it contains a high amount of sugar, carbs, sodium, and calories.

Thus, it is probably not the healthiest drink if you are trying to watch your calorie or sugar intake.

However, we humans like what we like, and we are notorious for enjoying foods, drinks, and other things that are not always the healthiest option.

The ingredients included in Stewart’s Root Beer are safe but not good for you if you drink it too often, but the same premise would apply to any other soda pop that is high in sugars, carbs, and calories.

Let us go through the nutrition information to see why.

In the sum total of things, enjoying a bottle of Stewart’s product is not going to do you much harm if consumed in moderation.

Stewart’s Diet versions may be a better alternative for you if you are trying to stay away from sugar and carbs and trying to decrease your calorie intake per day.

However, you should still only consume this drink in moderation and only have it as an occasional treat rather than an everyday drink.

The Nutritional facts for Stewart’s Diet Root Beer are one serving size is one container or glass of 12 oz (355 g), which contains 10 calories, and 25 mg of sodium, with a total carb of 0 and total sugar of 0.

As we can see, the Stewart’s Diet Root Beer is significantly lower in calories as well as having zero carbs and sugar in it, which does make the diet a bit better for those who are calorie-conscious. 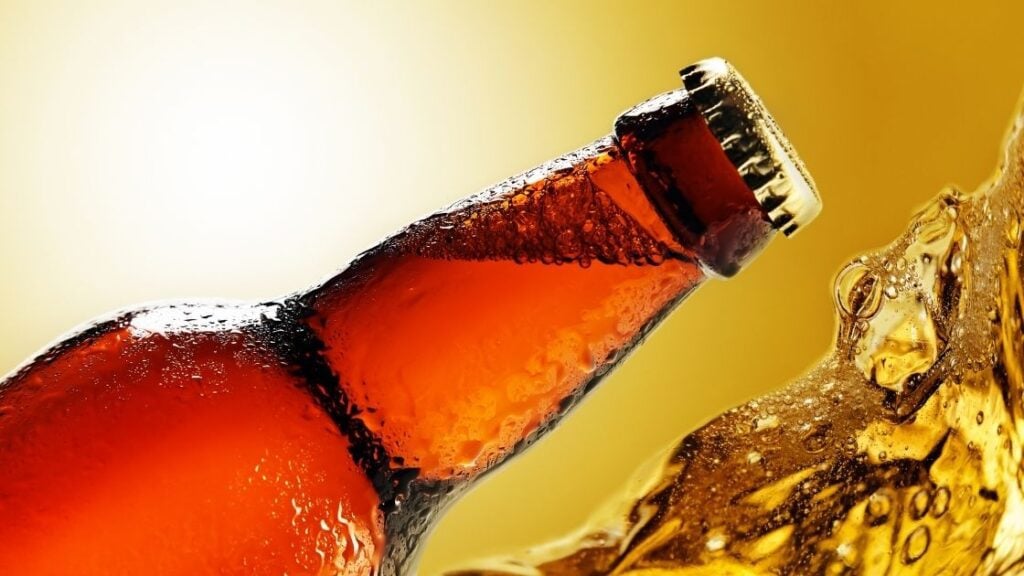 Stewart’s Diet beer product promises you the taste of it that you have loved for years, but with zero calories and no caffeine in it.

And this Stewart’s Brand promise is true to its word, Stewart’s Diet Beer does not contain any caffeine in it.

This means that you can enjoy a Stewart’s Root Beer without the concern that a high caffeine intake may affect you adversely or over-stimulate you and keep you awake if you have one in the evening.

You can enjoy this beverage cold without the worry of a caffeine high and the subsequent low that may require a short nap for some people to recover from.

Stewart’s Root beer is a well-known and well-loved soda that had been through the hands of many different corporations throughout the years.

Even though its bottling rights have gone through many hands, Stewart’s Beer has still managed to stick to its promise of offering the same traditional and great-tasting root beer that everyone loves to have served cold after a long day’s work.

They have, however, still introduced new flavors in ice-cold beverages to cater to a changing market, but unlike some other soda pop producers, they have kept their traditional, original flavors intact.

This is something that has kept many people fans of the brand and the original root beer.

The people who love the original taste know that it is something they can rely on to stay the same when many other producers are doing away with their older, more traditional flavors and recipes.

Thanks to the popularity of the brand and the original root beer flavor, Stewart’s Root Beer can be found in 50 States of the USA as well as in Canada and the United Kingdom.

This has expanded the popularity of soda and its availability in other associated countries.