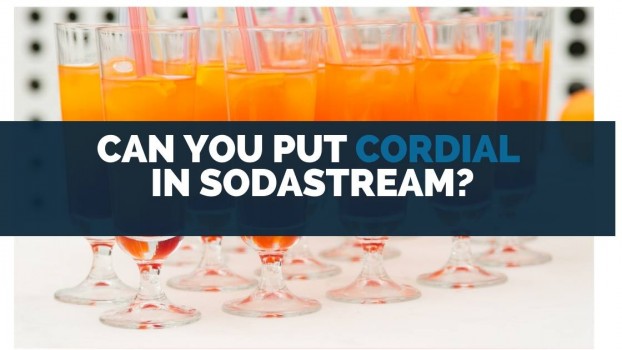 I’m a bit curious about whether you can put cordially in Sodastream.

So I did some research to find out if you can.

So, can you put cordial in Sodastream? According to Sodasteam you should not use it on any liquid other than water.

However, you can add cordial to the carbonated water afterward.

They say that it can damage your machine to carbonate anything other than water.

There is a range of different drinks you could want to make into a fizzy refreshing drink, but some aren’t made fizzy with a SodaStream.

Read on to discover what you can and can’t make with a Sodastream.

Can you put juice in a SodaStream? 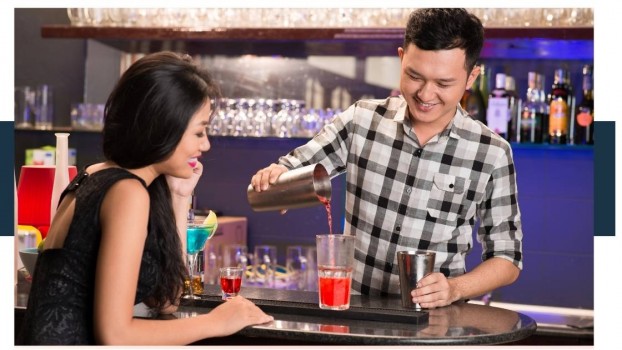 You should not carbonate juice with a Sodastream. Sodastream recommends not to carbonate anything other than water.

If you want to make carbonated juice a good option is to do a 50-50 mix.

If you carbonate juice directly with your sodastream, you run the risk of damaging it.

Another option is to make your own soda using a simple recipe.

It creates the fizz without needing a Sodastream.

To make it you need:

You want to add the tablespoon of baking soda to the bottom of a cup, then squeeze over half a lemon.

Once the fizz has gone down a bit, you can add any ingredients you like, be it juice, water, or spirits.

However, you don’t want to have more than 3 glasses of this per day, as you will exceed the recommended sodium daily intake.

Each tablespoon of baking soda has 630 mg of sodium, according to the USDA.

And the FDA recommends no more than 2,300 mg of sodium a day.

Can you carbonate orange juice with a SodaStream? 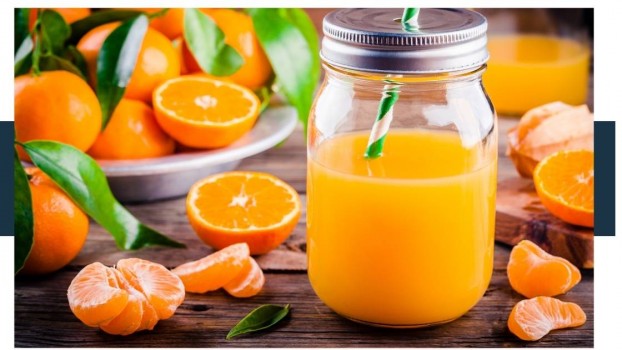 Carbonating orange juice with a SodaSteam can damage your machine.

It is not recommended to carbonate orange juice using a Sodastream.

When you do, it creates too much foam, which can ruin your machine.

There is a technique to do it, however, it takes a bit of skill.

And you should do it at your own risk.

The secret is in how you take the pressure off.

And that the juice needs to be extremely cold for it to carbonate.

Here’s a video of a guy who shows the technique.

The cool thing is that once you get it right you can make the most delicious sparkling apple, grape, orange, and any other fruit juice.

Be aware that written on each Sodastream unit, and according to their website, you should only SodaStream water.

However, if you learn how, using the instructions in the video you can pull it off.

But, be forewarned that if you do it wrong, you’ll create a huge fountain of foam that goes all over your kitchen.

What liquids can you SodaStream? 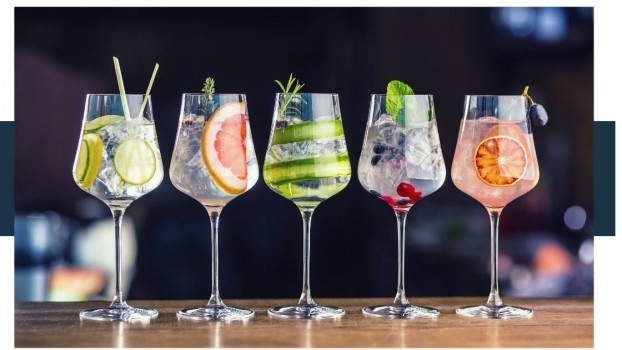 Sodastream recommends that you only use water.

Other liquids have their own complications, such as creating too much foam – which can damage your machine, and some liquids simply won’t get fizzy – no matter how many times your pump gas into them.

The best way to make flavored sodas is to add syrup to carbonated water.

Sodastream sells syrups but you can also make your own.

Syrups can be made from fruit extract, or by making a fruit concentrate.

Fruit concentrates are made by either boiling or freezing fruit, in the opinion of Instructables.com.

They say that fruit-making concentrate by boiling fruit is better for apples, pomegranates, pears, and apples.

Whereas, freezing is better for oranges, and lemons.

Definitely check out their article here, which has full step-by-step instructions on how to make your own natural fruit concentrate.

Can you carbonate beer with SodaStream? 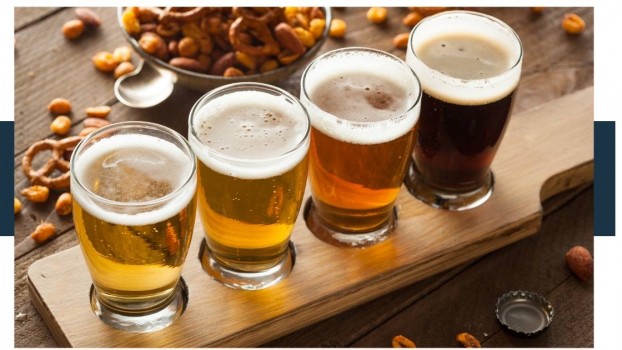 You should not carbonate beer with SodaStream.

Beer can be naturally carbonated with yeast. Sodastream recommends only carbonating water with their device in their Frequently Asked Questions (FAQ).

And it’s also written on each Sodastream.

It is, however, possible to carbonate beer with a Sodastream.

Here’s an article that includes a video from FoodandWine.com.

It shows how flat beer can be recarbonated to taste like a fresh beer using a SodaStream.

The main issue with doing it is that if you let the pressure off too quickly it can create a foam explosion.

Some of the foam can get into the machine and damage it.

A Sodastream pushes CO2 gas into the liquid.

Whereas, during natural fermentation, the yeast produces CO2gas naturally into the beer.

I explained how it all works in a recent article I wrote about why sparkling water tastes bitter.

Can you put alcohol in a SodaStream? 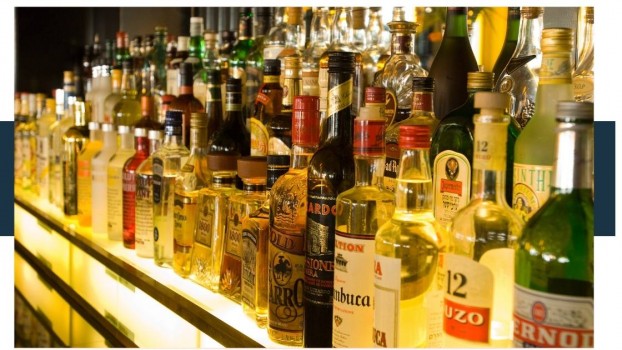 Alcohol can be added to a Sodastream drink after it has been carbonated.

It is not recommended to carbonate alcohol directly with your Sodastream.

But,  it is technically possible, as shown by experiments performed by Thrillist.com.

Interestingly, some alcoholic beverages taste really good after being carbonated while others taste worse.

In the article by Thrillist they say that the following alcoholic beverages taste good carbonated:

There are quite a few they didn’t try, which would make a fun experiment.

Such as bourbon, shatruce, chartreuse, soju, and sake.

Can you put wine in a SodaStream? 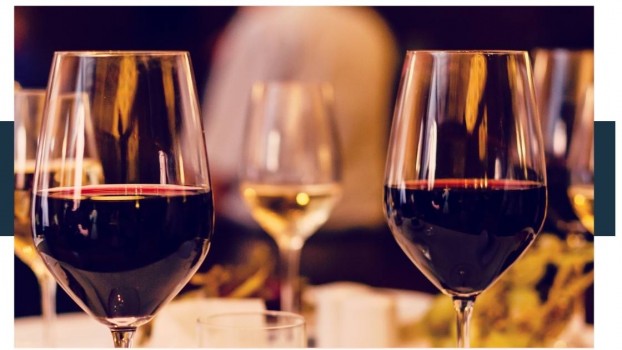 You should not put wine in a SodaStream.

SodaStream says that only water should be put in a Sodastream.

Liquids such as wine can cause too much foam, or not hold their fizz.

However, it can definitely work with some experimentation.

When wine is carbonated it turns into Champagne or Moscato.

Champagne and Moscato are typically carbonated using what in French is called Méthode Traditionnelle, in the opinion of Winecountry.com.

Yeast and sugar are added to the liquid after it has turned into wine.

Over time this releases CO2 gas and makes the drink fizzy.

This method is the same way that beer is made fizzy. According to Probrewer.com, all of the large beer companies use yeast to ferment their beer.

Many brave people have attempted making carbonated wine with a Sodastream. But, it does take a bit of skill.

The best video I could recommend if you want to try it yourself is this one:

Can I Recarbonate flat soda with SodaStream? 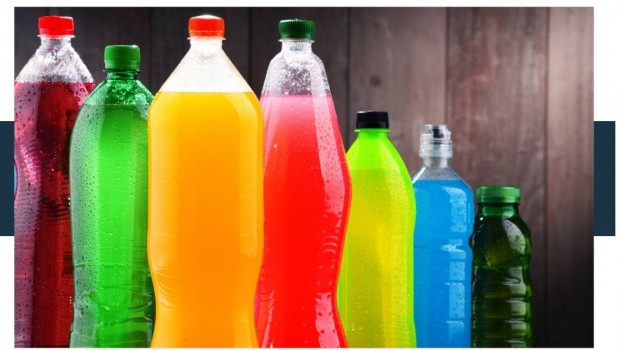 SodaStream recommends only doing so with re-carbonating soda water, on their website.

Any other liquid can damage your machine by causing too much foam.

However, it is definitely possible to re-carbonate other drinks, but you should do so at your own risk.

Recarbonating flat soda makes the drink taste exactly like it was before.

However, each drink is unique and some require you to make the liquid very cold before carbonating it, carbonating it slowly, and releasing the seal very slowly.

If you use your Sodastream to recarbonate a drink normally when you go to remove it from the Sodastream, you will end up with a huge foam fountain that will go everywhere, and the extra pressure can damage your Sodastream.

Here’s a video showing what happens when wine is carbonated wrong.

It is possible to carbonate any kind of drink using a Sodastream but it is not recommended.

If you carbonate a drink other than water with a Sodastream typically the drink will cause a huge mess, and most of the soda will be wasted.

There are a few techniques to do so successfully.

Alcoholic beverages like champagne and beer are made fizzy using yeast during the brewing process.

Whereas, sodas like lemonade and cola are made by adding syrup to carbonated water after it’s been carbonated.