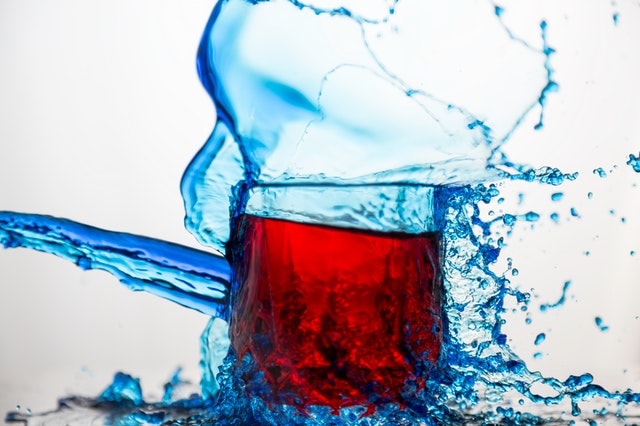 Sometimes, your bottle of custom soda, Fizzy water, or sparkling water doesn’t have the right amount of bubbly water or sparkling texture for your liking.

When that happens, trying to infuse your mineral water with some extra CO2 might be tempting.

After all, CO2 is the secret ingredient in your SodaStream Fizzi canister, providing us with that intense level of fizz in soda.

It sounds like a good idea to pump more bubbles into SodaStream fizzy drinks.

But hold on, you’re probably wondering… Can you over-carbonate SodaStream Fizzi through the carbonation machine?

Yes, you can, but it is challenging due to safeguards built into the machines and the level of carbonation and saturation.

The SodaStream machine or Sparkling Water Maker is built with a gas release valve to prevent over levels of carbonation from resulting in an explosive accident.

You can only fit so much CO2 gas into a standard tap water container.

These safeguards are a good thing once you understand that adding more carbon dioxide to a SodaStream Fizzi only gives you results up to a point.

After enough carbon dioxide has been added, more simply collects at the top of whatever container or receptacle you use and sits around waiting to be released.

However, the SodaStream fizzy machines, also known as Sparkling Water Maker, usually have settings that let you carbonate your soda slightly fizzier than the default.

They can provide strong fizz to your SodaStream Fizzi.

This is good for those of you who appreciate a bubblier soda than the type of light fizz you can normally get at the grocery store.

How To Over-Carbonate Your Soda? 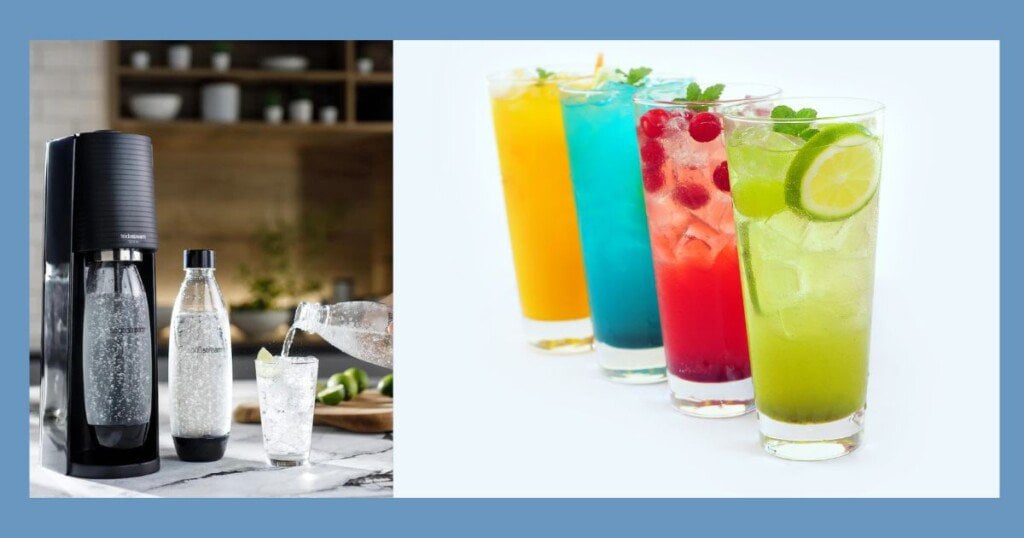 How many pumps SodaStream

Usually, every SodaStream machine is calibrated to produce the correct amount and carbonation level for a standard soda or sparkling water bottle.

These calibrations of several different fizz levels allow you to fine-tune how much carbonation is in your ideal beverage.

You can set up a standard or medium Fizz level as your choice.

The carbonation process and settings vary from machine to machine.

For instance, the Fizzi model of SodaStream machines requires you to press a carbonating button in short bursts to determine how much carbonation you want in your drink. Carbonated drinks have harmful effects on teeth.

How many pumps for Sodastream are recommended?

Rubinov recommends sticking to no more than one can of seltzer per day and drinking it alongside a meal and some regular water to keep the acid from sticking to your teeth.

It takes the duration of the button presses on the carbonation button into account.

On the other hand, the One Touch model offers one of three different preset carbonation settings to achieve your desired fizziness level.

The Aqua Fizz as you press the carbonating button in short bursts until you hear a buzz.

You can press between one or three buzzes to get your fizziness level as high as you like, although SodaStream warns against pressing more than five times.

Check out this article if you want tips on setting up the SodaStream one touch in 5 easy steps.

AND if you need to stock up on any new accessories for your Soda Maker, I   pick mine up here on amazon

How Many Times to Press SodaStream For Over-Carbonation?

In order to over-carbonate your beverage, that’s exactly what you need to do.

Go beyond the recommended presses of the carbonating button, lever, or another tool, and continue adding carbonation to your plain water bottle to over-carbonate it.

This way, you will get your ideal fizz in the fizzy water.

But almost all of these soft drink machines are equipped with a gas release valve that gets rid of any excess gas to avoid precisely this process.

You can slowly force in more CO2 than recommended over time, but this gas valve will likely prevent your efforts from bearing much fruit.

SodaStream uses a set of gas canisters that only release CO2 at a location PSI.

This is intended to prevent you from accidentally putting too much pressure on the SodaStream plastic or glass containers used for bottling with their machines. 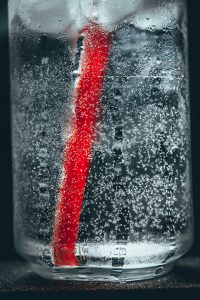 It may be possible to use another soda maker or Sparkling Water Maker and over-carbonate your regular water.

Or perhaps you have the patience (and extra CO2 canisters) to spare.

Either way, it’s possible to eventually over-carbonate your water.

However, the results will not end up with extra fizzy soda water until a certain point.

You see, a standard 1 L bottle of water can only hold a certain amount of carbon dioxide gas before there is not enough space in the bottle for the gas to remain.

If you continue to try to force carbon dioxide gas into the bottle, you’ll find that one of two things occurs.

In the first scenario, the additional carbon dioxide gas will flee from the bottle as soon as you remove it from the nozzle, no matter how fast you are in replacing the cap.

The resulting force is likely to make the bottle shake or shudder in your hand as the gas escapes.

So, keeping track of how much carbon dioxide is required for a given liter of water in the bottle is also necessary.

This force may be so violent that you end up causing a mess and spilling your soda water all over the kitchen.

The second scenario is even more of an issue.

Suppose you don’t remove the bottle of carbonated water quickly enough and continue to force CO2 into the container.

In that case, the pressure may become so intense that the bottle explodes and flies off the SodaStream Fizzi machine.

This could be dangerous for you or the SodaStream machine, as the carbonated water bottle exploding is likely to send plastic or glass debris in all directions.

As you can imagine, this isn’t a very desirable scenario.

So while it is possible to over-carbonate your water, you should only ever go up to the recommended amount listed in the instructions of your chosen SodaStream machine or soda maker.

Why Does Over Carbonation React the Way It Does?

To understand why these reactions occur, you have to understand the concept of oversaturation.

A given bottle of chilled water can hold a set amount of CO2 gas from the carbonation pump before there is insufficient space between the water molecules to accommodate more gas.

This excess gas will pool at the top of the bottle and continue to collect until it has to be released.

The gas inside the regular tap water continues to mix up until this point.

The water is described as saturated at the point where it cannot accept any more CO2 into its liquid medium.

The water is oversaturated if you go past this level and continue adding CO2 gas, so it collects off the top of the bottle.

However, since it is bubbly, most soda is technically oversaturated with CO2.

The bubbles result from CO2 gas trying to escape the liquid since there isn’t any more space inside the water to remain.

In this state of oversaturation, adding more carbon dioxide stresses the container and threatens a giant escape if the gas has a way out of its confines.

The telltale hiss of an opening soda can or bottle results from CO2 gas trying to escape an oversaturated environment.

Prepackaged soda is usually slightly oversaturated to prolong its shelf life and keep the fizz of the soda even if it takes a while for someone to greet the beverage.

In this way, adding more carbonation to a point won’t result in more fizz.

The water is full of carbon dioxide and can’t accept anymore, so there’s no real reason to pump it full of more CO2. 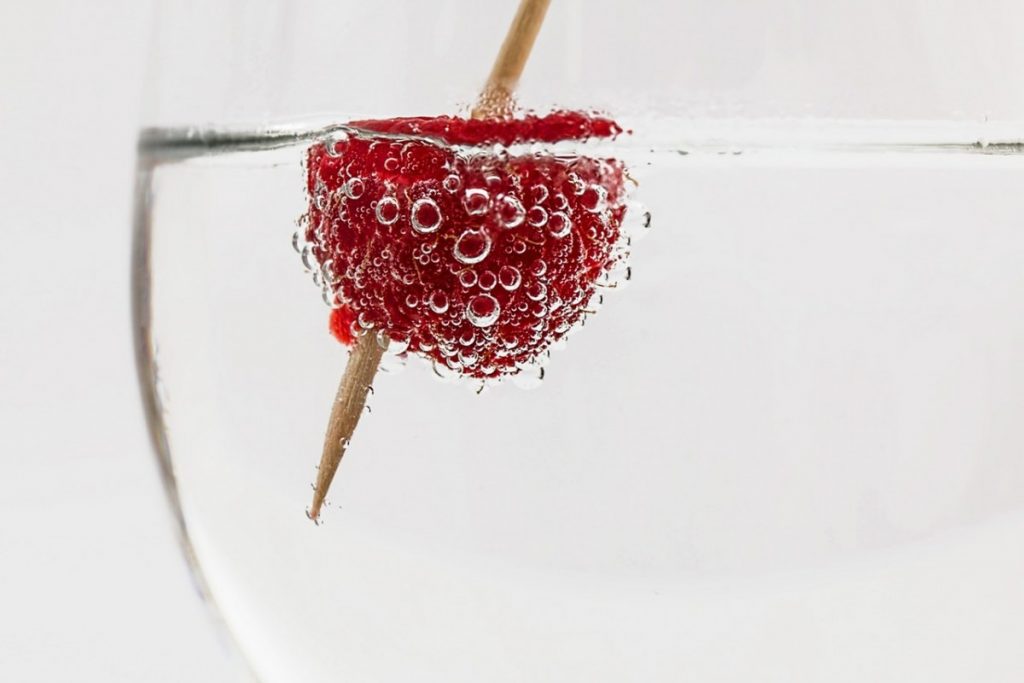 How Much Carbonation is Normal?

The amount of carbonation in a soda beverage varies significantly by manufacturer and container type.

For instance, Coca-Cola is generally carbonated to about 6.2 g of CO2 per liter of soda.

The carbonation level is slightly different depending on whether or not it’s a plastic bottle or aluminum can or if the soda is dispensed via a fountain.

Soda fountains usually have around 11 g of CO2 per liter of soda.

The amount of carbonation possible in a soda container also depends on the beverage’s temperature, and colder water allows more CO2 infusion into the liquid than warmer water.

So soda or fizzy drink manufacturers typically bottle and create soda at low temperatures to force as much CO2 inside as possible.

Their containers are usually strong enough to withstand the pressure that increases as the temperature of the beverage rises while it is stored.

As mentioned above, the SodaStream machines typically dispense carbonation for a standard bottle of soda.

Depending on your preference, it can go a little above or below, but most soft drinks will average around 6 g CO2 per liter of water at the default level. 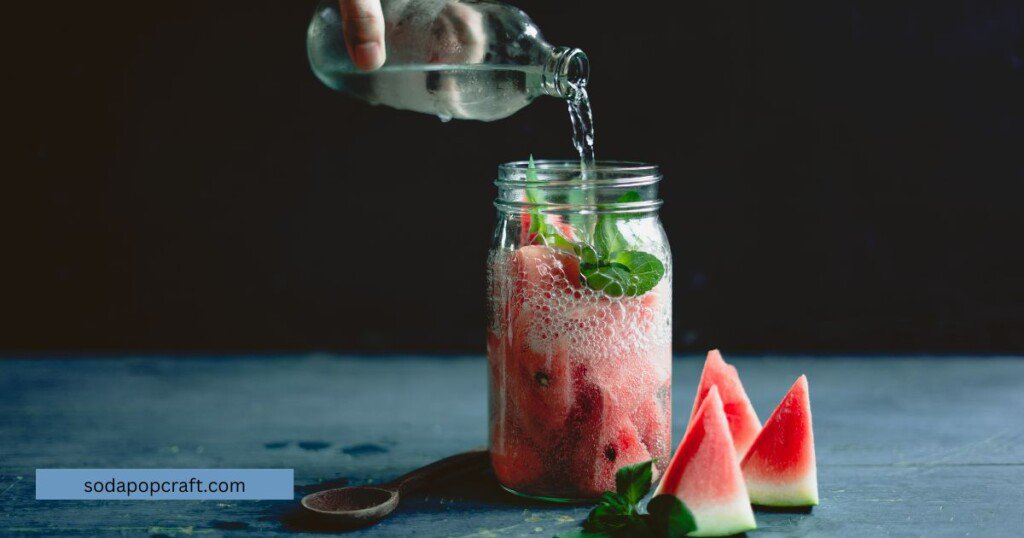 SodaStream how many pumps?

Soda that is filled to the brim or truly oversaturated with CO2 will naturally take longer to become flat than soda which only contains the bare minimum of CO2 to count a pop in the first place.

However, it also naturally starts going flat as soon as they become warm since warm water is less soluble than cold water.

So, you will eventually get flat water when the water becomes warm.

Does stirring soda make it flat?

Stirring a carbonated beverage causes the carbon dioxide bubbles to move more quickly. Each bubble (even microscopic ones) that comes to the surface will burst and release carbon dioxide into the atmosphere, thereby reducing the amount in the solution.

This is why ordinary Store-Bought beverages come with a label to keep in a refrigerator.

While over carbonate in your soda will extend the effective fizzy lifetime of the beverage, it’s more valuable and smarter to simply keep your soda refrigerated instead of risking the structural integrity of your bottle.

Cold water holds more CO2 per liter than water at higher temperatures, whereas adding extra carbon dioxide to a bottle of room-temperature soda won’t do much to add to the overall fizz of the bubbly beverage.

Overall, over-carbonating your lain water isn’t a brilliant idea for more reasons than one.

Even if you manage to accomplish it with your SodaStream machine, you’d be better off simply planning out your soda drinking so that you have several bottles chilling in the fridge at any time.