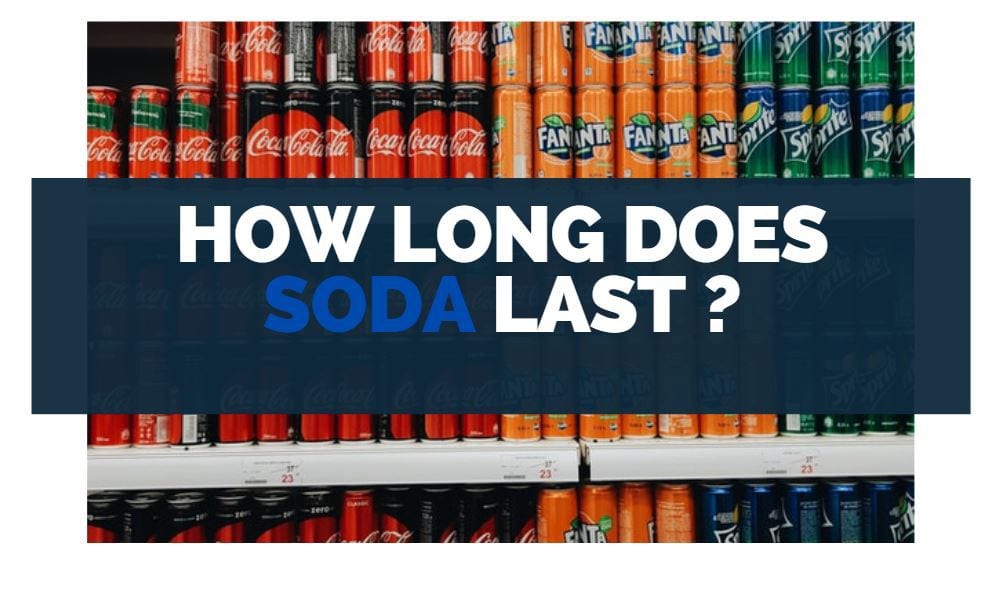 For many people, soda is a delicious and refreshing drink that’s good all year long. And when there’s a sale on for your favorite soda, it’s easy to stock up on cans or bottles that could last you months.

But it can seem hard to tell when this fizzy drink has “gone bad” or expired, especially with dark sodas like cola.

So, how long does soda last?

A sealed soda can last up to 9 months past the best-by date on its label.

That means you could buy a soda more than a year in advance and still enjoy it like new.

There are a lot of things to know about the shelf life of soda and how to get the most out of it. Read on to learn more about this favorite fizzy drink.

Soda and the Best-By Date

Soda is not usually sold with an expiration date on its label. That’s because soda doesn’t really expire.

In fact, soda has even been known to grow mold before it can become bad enough to make you sick (see below for more details on this).

Therefore, soda manufacturers almost always list a best-by date rather than an expiration date. This just indicates the approximate date you should drink the soda by for maximum flavor and freshness.

If your can or bottle of soda is unopened, it should be sealed by the manufacturer well enough to protect it from anything in the world that could harm it or speed up its expiration.

That means the soda should be able to last 6 to 9 months past the date on its label without experiencing any noticeable changes to its carbonation, flavor, or color.

Even 9 months is a rough estimate, though.

There really is no standard for when a soda will expire, so you could drink a soda that’s more than a year past its best-by date and still enjoy it as much as if it was fresh from the factory.

You could also open a soda that’s just barely past its best-by date that tastes flat and stale. It can depend on a lot of factors, such as the environment the soda was stored in.

How do I store soda properly? 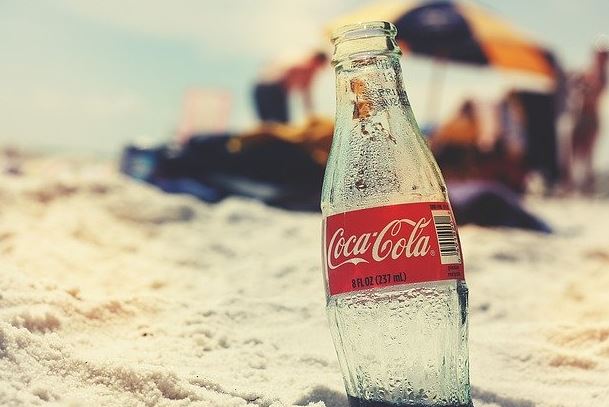 No matter what kind of soda you have, they all should be stored in similar conditions. The real difference is whether the fizzy drink comes in a can or a bottle.

If you buy your soda in cans, it can be stored practically anywhere that doesn’t get too hot or has a fluctuating temperature.

The kitchen, fridge, and pantry are all good options. Bottles of soda need to be stored in a dark, cool place, so the fridge or pantry are better options than the countertop.

If your soda gets too warm, like if you leave it in a hot car, it can affect the consistency of the carbonation and the flavor of the soda itself.

Some sodas have ingredients that can be influenced by high temperatures to change the way they taste. Heat also increases the pressure inside bottles and cans, which may lead to an explosion of soda all over the place.

It’s generally a good idea to keep your soda as cool as possible to avoid these possible effects.

Does soda go bad after you open it?

Soda can’t really go “bad.” Not in the sense that other food and drinks can.

Typically, when food expires, it becomes no longer safe for human consumption. It can cause whoever eats it to become sick with food poisoning. This can include nausea, vomiting, diarrhea, stomach cramps, fever, and chills.

Fortunately, soda rarely runs the risk of expiring so badly that it could make you physically ill.

It has been reported that a soda like Coca Cola could be so old that it actually grows mold, and it still wouldn’t cause negative health effects in anyone who drinks it.

Even though expired soda can’t give you food poisoning, it can still lose its appeal. Once soda is opened, it only takes a matter of days for it to lose its carbonation, causing it to go flat.

Expired soda also loses its flavor and become bland or even develop a nasty flavor.

Not bad so much as flat but it’s still safe to drink flat soda. You shouldn’t get sick from drinking a soda that has expired, it just won’t taste very good.

How long does soda stay good in the fridge? 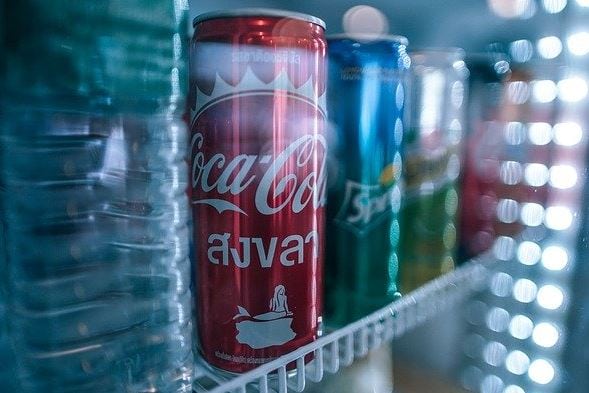 Soda is best enjoyed in one sitting. This ensures that the drink’s carbonation and flavor are at their peaks, creating the most satisfactory overall experience.

If you’re like me, however, you sometimes need to refrigerate the rest of your soda to be enjoyed later.

Heat causes the gases that form the bubbles in soda to move faster, which leads to them “escaping” from the soda faster. The fridge is a great way to keep a soda cool to slow down the gases and keep the fizz trapped for a bit longer.

Soda can stay “good” for about 2 to 4 days in the fridge. After that, it’s very unlikely that the soda will retain any of its fizz or fresh flavor.

A tightly sealed bottle will stay fresher longer, so if you have an unfinished can of soda, try to transfer it to a bottle or seal the top with aluminium foil or plastic wrap and a rubber band.

This seal will keep bubbles from leaving the drink while it chills.

How can you tell if a can of soda has expired? 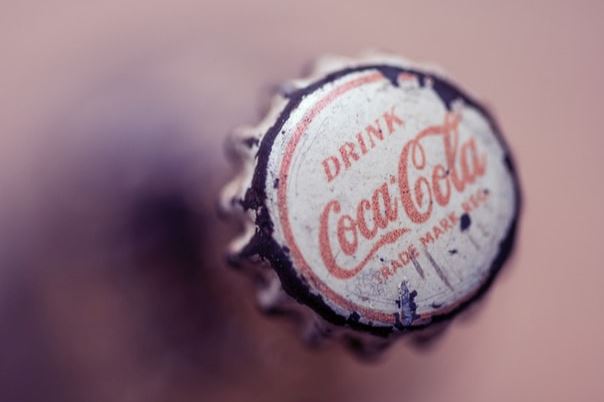 If your soda is unopened, you should check to see if the can or bottle has been damaged or is leaking. If so, it was not protected from bacteria and other environmental elements and should be thrown out.

If you have a can that has started to rust, this is also an indicator that the soda is no longer good to drink.

If the bottle or can looks good to go, you can open the soda and check for some obvious signs that it’s expired. These include a change in the soda’s color or an off smell.

The final way to check if the soda is still good is to taste it. If it tastes like it should and still has its carbonation, it should be good to drink.

If the soda is opened, you can check for the same signs that it’s gone off as mentioned above.

Remember, soda can almost never give you food poisoning, so the worst that can happen is the soda tastes terrible.

Soda is an incredibly resilient beverage. It seldom goes bad enough to spoil, and even when soda grows mold, it can’t give food poisoning to the brave soul who drinks it.

There are several ways to preserve your soda to make sure it lasts up to its full potential, which could be as long as 9 months past its best-by date.

To maximize your soda’s shelf life, store it in a cool, dark place and refrigerate it once opened. If you are unsure if your soda has expired, check to see if it looks, smells, and tastes as it should. If so, it should be good to drink.

link to Can Gatorade Give You Diarrhea? [Side Effects]

Drinking too much of any soda or sports drinks can lead to all manner of ill effects, and especially for those with any sort of pre-existing health issues or food intolerances. Many sports...

Gatorade got its start in Florida and gained popularity as an official sports drink for many professional sports, including Football, Soccer, and Nascar. And it comes in and array of flavors -...