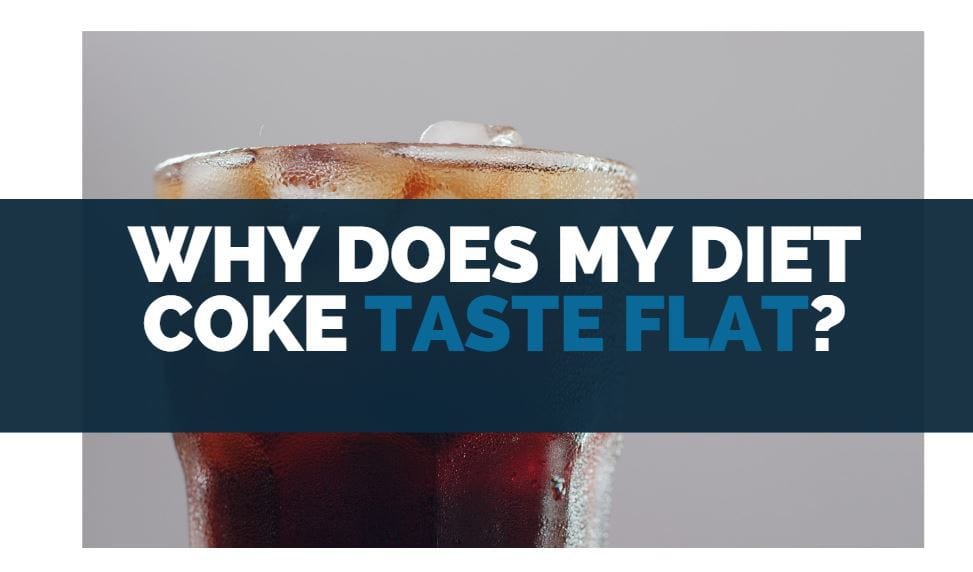 Every now and then, I like to enjoy a nice cold crisp Diet Coke.

However, that initial sip can be totally ruined if the drink has gone completely flat.  I’m sure you’ve been there ?

So why does my Diet Coke taste flat?

When you first open carbonated soda it has carbonic acid (H2CO3) that gives soda its characteristic “tart” flavor.

Your tongue is capable of detecting these molecules, which produces the taste.

When a soda has been open for too long, this acid has broken up into carbon dioxide and evaporates out of the drink, taking away that tasty tangy flavor.

Contrary to what you might think, whether or not soda is flat does not really have anything to do with how many bubbles it produces.

It all has to do with how much carbonic acid is in the drink.

Most sodas like Diet Coke are designed to be consumed with this carbonic acid intact, so when they are opened and lose that carbonation they lose their tasty texture and fizz.

Even worse, in sodas that have high sugar content, this loss of carbonation ends up pronouncing the sweetness of the drink, which many people may feel is cloying and unappetizing, especially if they are not used to the taste.

As such, most people tend to really not like the flavor of flat sodas.

How Is Diet Coke Carbonated? 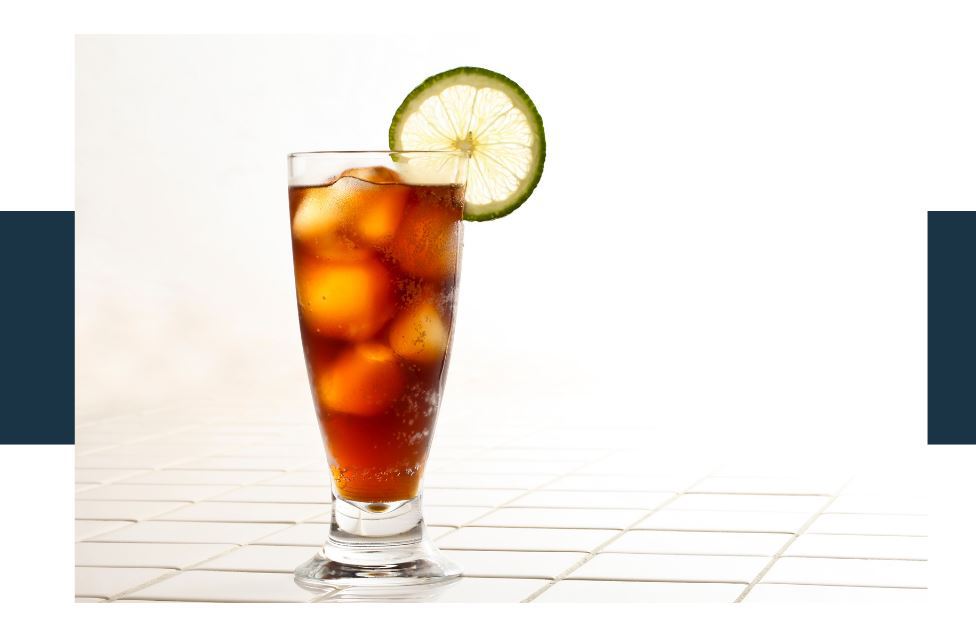 When Diet Coke is made, it is put into pressurized cans that have carbon dioxide pumped into them.

This is why Coke cans are hard and don’t bend when you squeeze them; because they contain pressurized gasses.

Carbonic acid is a pretty fragile molecule and can break apart for many reasons.

The most obvious one is when you shake a soda can.

This causes the carbonic acid to break apart into water and carbon dioxide (which then explodes if you open the can!).

Carbonic acid is what gives fresh soda its characteristic taste. Scientists have figured out that special enzymes on the tips of your taste buds interact with carbonic acid to produce the taste.

In fact, experiments with rats who have their taste buds modified so they cannot taste sweet, salty, or sour things show that they produce a much less pronounced gustatory response when drinking carbonated beverages.

Does Dropping a Soda Make it Flat? 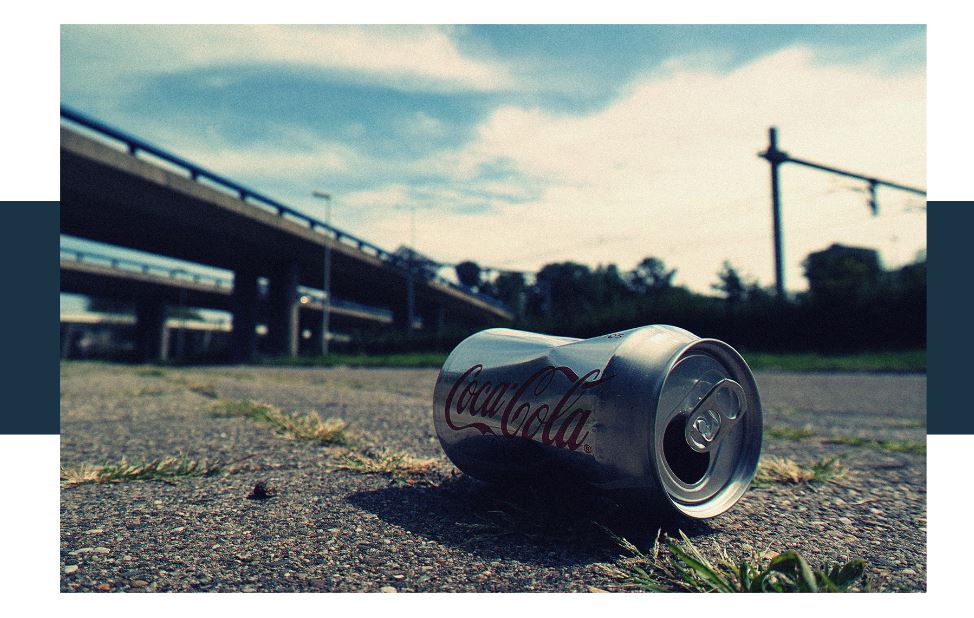 Anyone who has shaken a bottle of Diet Coke or opened one that has fallen on the ground knows that it goes flat much quicker.

The reason is that shaking it up releases a lot more carbon dioxide than it would otherwise. This is why shaken or dropped cans of soda tend to explode with fizz when you open them.

Shaking up or dropping a can of soda causes it to release carbon dioxide much more quickly than normal.

The result is that when you open the soda and all the fizz comes out, it instantly goes flat.

However, if you drop or shake a can of soda, you can actually prevent the explosion of carbonation. Simply take the shaken up can and let it sit for a while.

As it sits, the carbon dioxide will gradually return to an equilibrium state with the water and there won’t be as much fizz when you open it.

The drink will still taste slightly flatter than it would if you hadn’t dropped it as it cannot reabsorb all the carbon dioxide without some extra pressure.

Does Soda go Flat if Frozen? 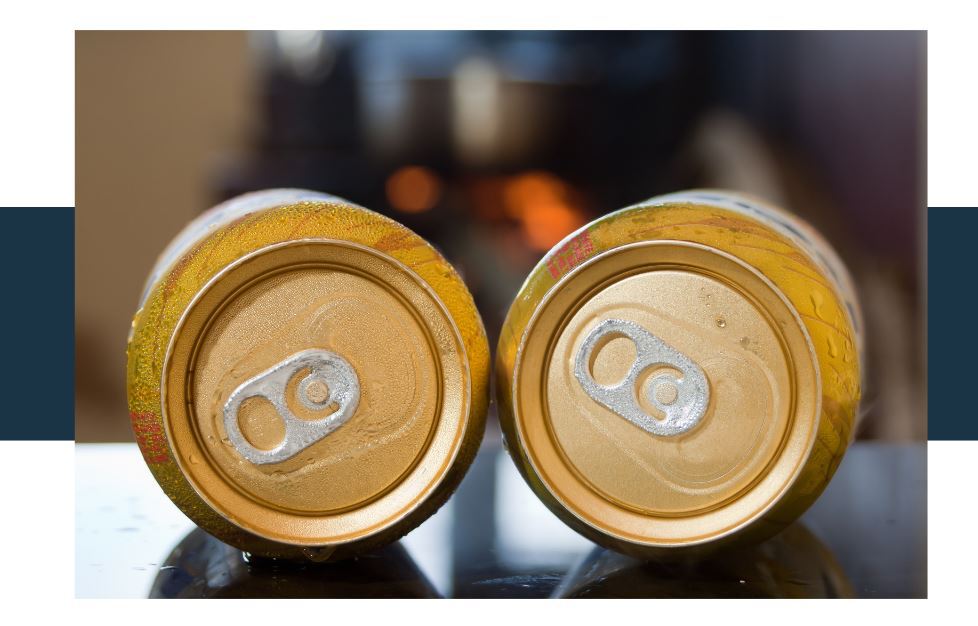 Not necessarily; It actually depends. The main problem with freezing soda is not that it will go flat.

Since soda contains water, and water expands when freezing, there is a high chance that the can will rupture and the carbon dioxide will escape.

The soda will then be flat if you unthaw the container and open it.

In the worst-case scenario, the can will just explode and you will have a Diet Coke slushy all over your freezer.

However, if the container maintains its integrity, the freezing and then unthawing it will not actually cause it to go flat.

The carbon dioxide will be forced out of the mixture when the water starts to form ice crystals, but once they melt, it should get reabsorbed and still be carbonated when you open it again.

While you probably shouldn’t outright freeze your Diet Coke, keeping the cans cool can prevent it from going flat.

Even when a Diet Coke can is fully sealed, carbon dioxide can escape from the seal if it sits too long. However, cold water holds more carbon dioxide than warm water.

So if you keep your Diet Coke chilled, it can sit for longer without going flat as quickly.

Incidentally, this is one reason why many people claim that soda from a fountain machine, such as in Mcdonald’s, tastes better than soda from a can.

The result is that sodas from a fountain machine usually taste “fresher” than soda from a can and hold carbonation better.

Is It Safe to Drink Frozen Soda? 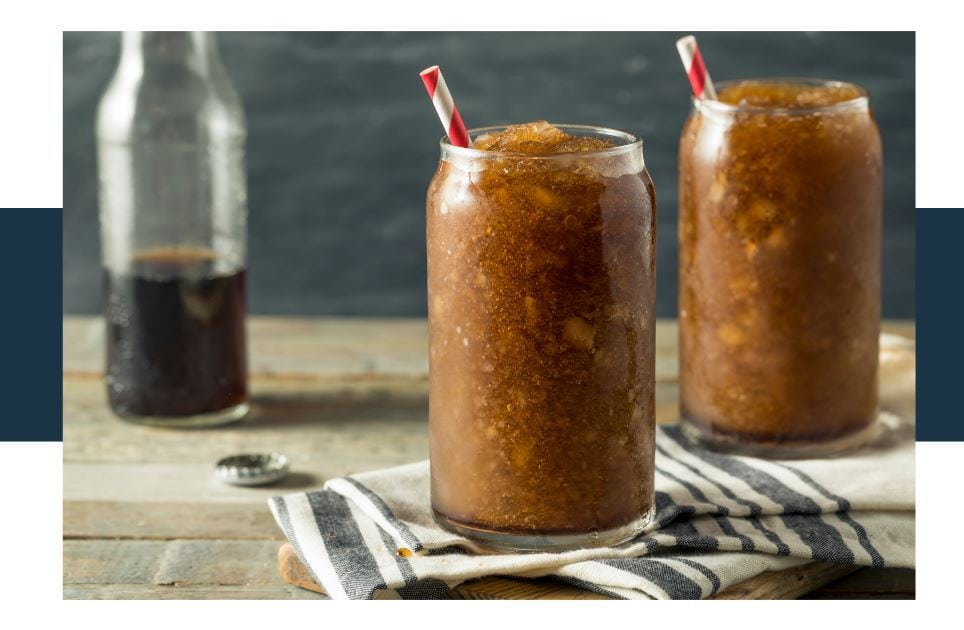 Despite many rumors circling on the internet, yes, it is perfectly safe to drink frozen soda.

In fact, many people prefer a partially frozen Diet Coke to make a kind of “Coke slushie.” Frozen soda will not hurt your insides, although it may have a different taste than just chilled soda.

The only risk of frozen soda is that the container could explode and then you will have a slushy mess on your hands.

Otherwise, it is 100% safe to drink a frozen soda, although we would recommend letting it thaw out back to a liquid before drinking it if you want the best taste.

Whether your Diet Coke is in a bottle or a can, it will get the same amount of carbon dioxide pumped into it.

However, the container material can have an effect on how quickly it goes flat if left sitting. In general, plastic is slightly more porous than the aluminum that is used in Coke cans.

The result is that bottled Diet Coke will release more carbon dioxide, especially if it is stored in a hot place.

Heat causes the liquid to slightly expand, which can force carbon dioxide out of the mixture and it can leak through the pores of the bottle.

This effect is why some people prefer drinking Diet Coke from a can vs a bottle or vice versa.

Can You Freeze Soda Into Ice Cubes? 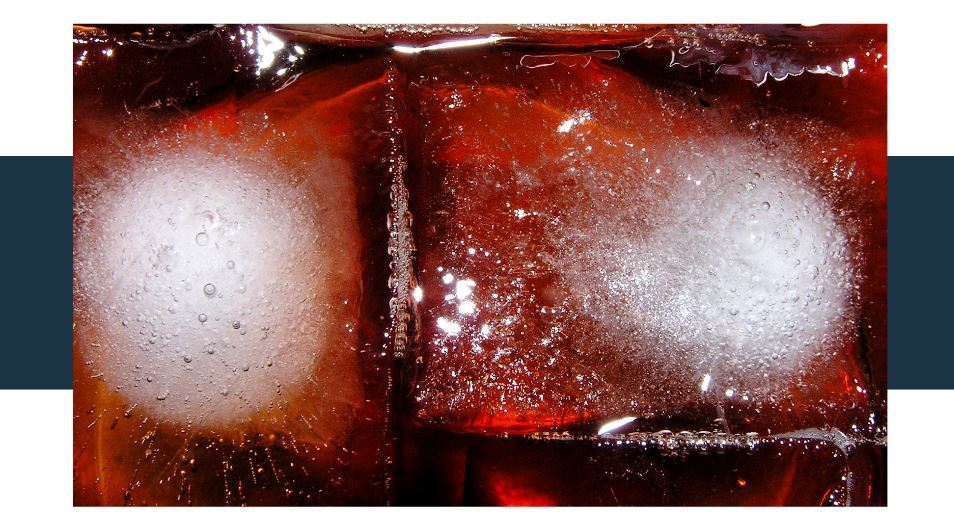 Yes, you can freeze a soda into ice cubes, but you probably won’t like the taste. When you freeze soda, carbon dioxide is forced out of the liquid mixture.

If the soda is still in a container and the container does not rupture, then the carbonation will eventually settle back into the liquid when you unthaw the soda.

However, if you pour soda into an ice cube tray then freeze it, the carbon dioxide will escape the liquid and evaporate into the atmosphere.

The result is that you will have frozen cubes of flat Diet Coke, which does not sound too appetizing.

They will also probably be an unattractive brown, muddy color.

Also, sodas in general have a tougher time forming the solid ice cubes that regular water can make.

The reason why is that soda water tends to have a lot of sugar and other materials dissolved in it.

These solutes interfere with the regular crystal pattern that frozen water tends to arrange itself into, so the cubes will not be solid and clear.

Diet Coke specifically will make fairly decent ice cubes because it does not contain any sugar, but other ingredients can mess up the periodic structure of ice crystals and result in a slushy mess most of the time (fun fact, this is why ice cream needs sugar, or else it will just freeze into a solid hunk).

So while you absolutely can make frozen Diet Coke cubes, they probably won’t taste that good. They could be a nice addition to a cold glass of properly carbonated Diet Coke though.

Drinking a flat soda for most is an unenjoyable experience, but it is perfectly safe and won’t hurt you.

Flat soda is basically just sugar water and lacks the tart flavor that sodas are known for.

If you want to keep your Diet Coke carbonated for longer, your best bet is to buy cans and store them in a chilled spot or fridge.

But make sure that the spot is not so cold that it actually freezes and makes the container explode.