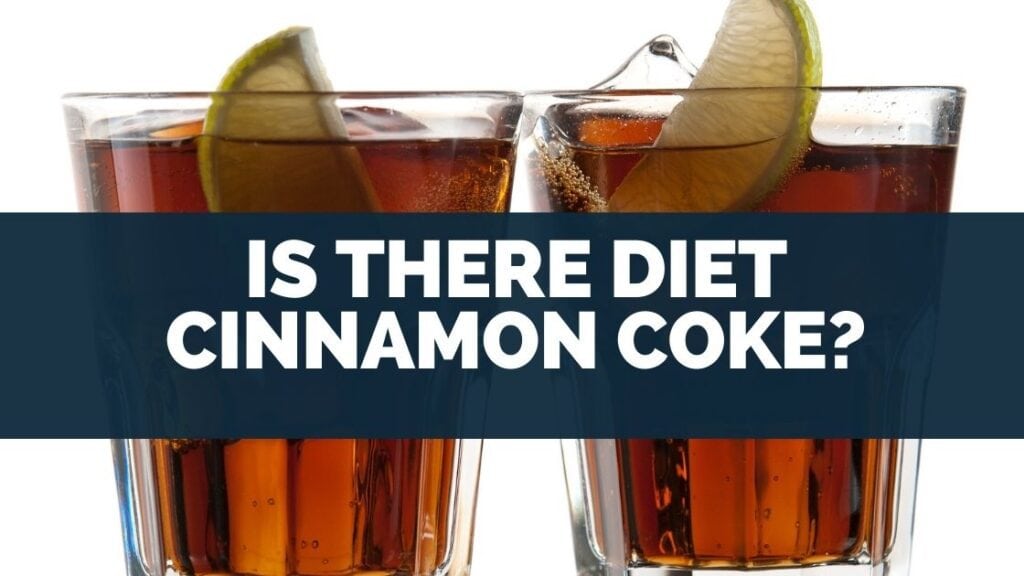 Coke was founded in 1886. During its almost 150 years of producing soft drinks, the Coca-Cola company has released and revived many flavors of sodas, some of which are region and niche-specific.

Moreover, it isn’t easy to get your hands on a flavor that you like if it’s thousands of miles away, not to mention that Coke like to retract and reintroduce limited-edition flavored sodas as they wish, which may vary by region.

Diet Cinnamon Coke was released in 2018 after Pepsi’s initial release of their limited edition Pepsi Fire.

However, Diet Cinnamon Coke was only available in the UK at the time and lasted only for a limited time.

Regular Cinnamon Coke has been found in the United States every year come holiday season when Coca-Cola reintroduces it.

This article will cover in detail Cinnamon Coca-Cola going over when it was introduced to the public, the variations that include Coke regular and then their Zero range, and if you can find it, and where you can find it.

We’ll also take a look at the ingredients that go into Coke and Pepsi and if they contain cinnamon at all. 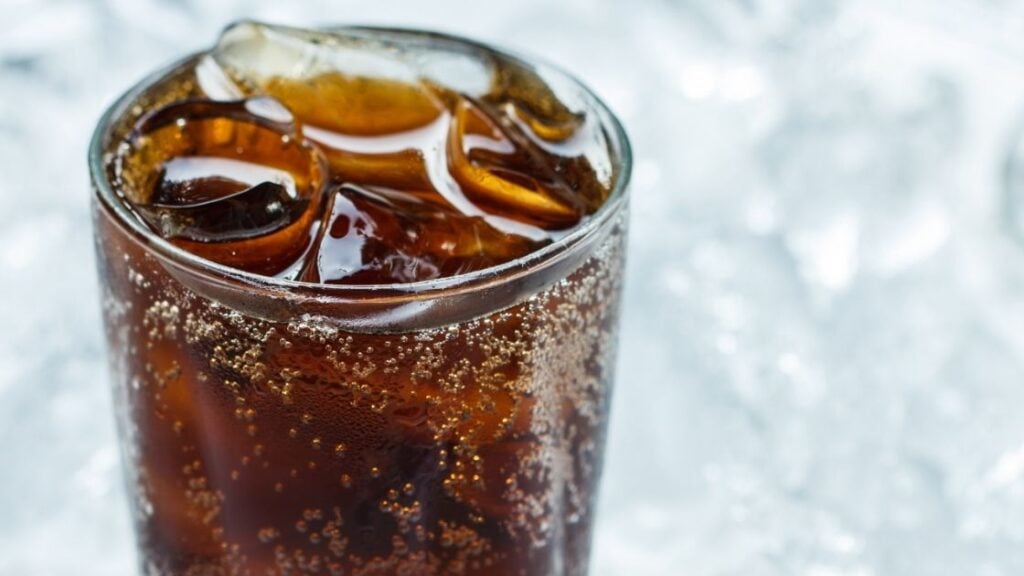 For many years now, there have been flavored sodas and many more flavors than you might think.

The Coca-Cola company is no stranger to flavored cola either, offering many variations of flavors.

The only thing is, is that flavored soda only appeals to a niche consumer base, and as such, you don’t get the joy of being able to purchase all favors.

The list goes on with many flavors, both of the traditional Coke variety (with sugar) and that of their Zero and Light range.

Going back a couple of years to summer 2017, Pepsi initially released their Pepsi Fire flavored soda that had a cinnamon flavor to it before Coke ever thought of doing so.

This was a limited edition run of the flavored soda and opened to mixed reviews with some people loving it and some people hating it (in all fairness, that happens with most things today).

When Pepsi Fire left the shelves, people were up in arms and demanded their beloved flavor to make a comeback. Although Pepsi did not respond, Coca-Cola did and promptly offered a zero-sugar version of it, aptly titled Coca-cola Zero Sugar Cinnamon which was released in late 2018.

Come holiday season 2020, and Coke re-released their holiday-inspired cinnamon-flavored soda for the masses once again.

According to People Magazine, it was unclear when they asked how long the soda would stay on the shelves for.

It has once again promptly made an exit after the last holiday season.

There are two things to note: cinnamon-flavored Coke is still not hit the shelves again, but you can probably expect to find it on the shelves come holiday season once again this year and for the foreseeable future.

The other is that Diet Cinnamon Coke was the initial release back in 2018, which was available in the UK, and the versions of the cinnamon-flavored Coke soda that was and is available today is Cokes standard soft drink variant.

That means it contains sugar, and the Diet Coke or Coke Zero option is not available.

Does Coke Zero have cinnamon in it? 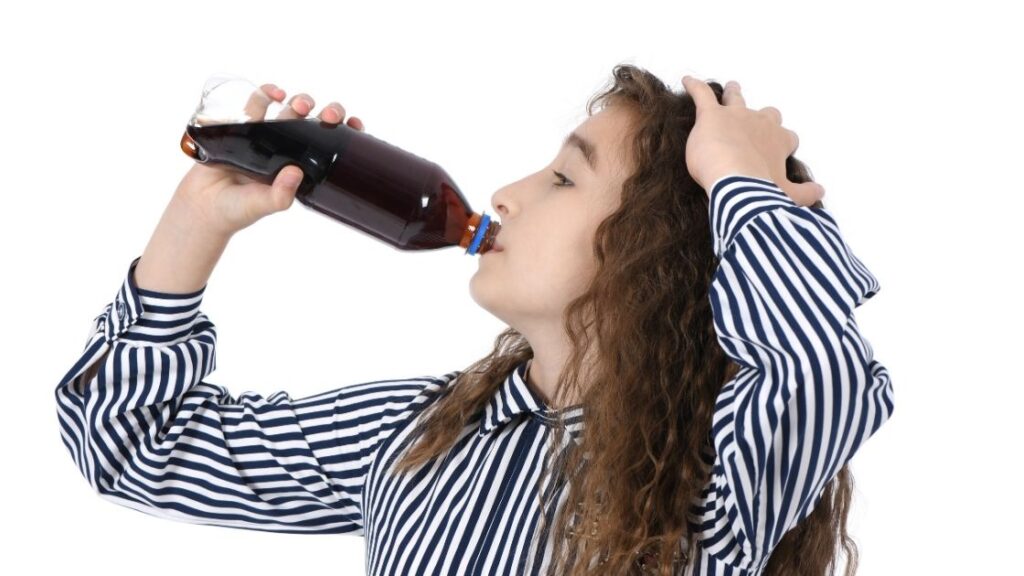 One thing that has made the Coca-Cola company a force to be reconned with and the reason they control the largest portion of the soft drink market throughout the entire world is that they make incredible soft drinks and sodas, and nobody knows what they use in their formula to create any of their products.

There have been many independent studies where individuals and companies have tried to figure out and recreate the traditional Coke flavor.

While coming close, nobody has ever succeeded, but they do know of a few key ingredients.

Coke’s primary taste has been speculated to have come from vanilla and cinnamon in addition to having trace amounts of spices such as nutmeg and then also essential oils.

There was a study that was performed in 2015 which identified and measured approximately 58 aroma compounds found in standard Coke, and it confirmed significant amounts of compounds like cinnamon, vanilla, orange, lemon, and nutmeg in Coca-Cola.

Is there cinnamon in Pepsi? 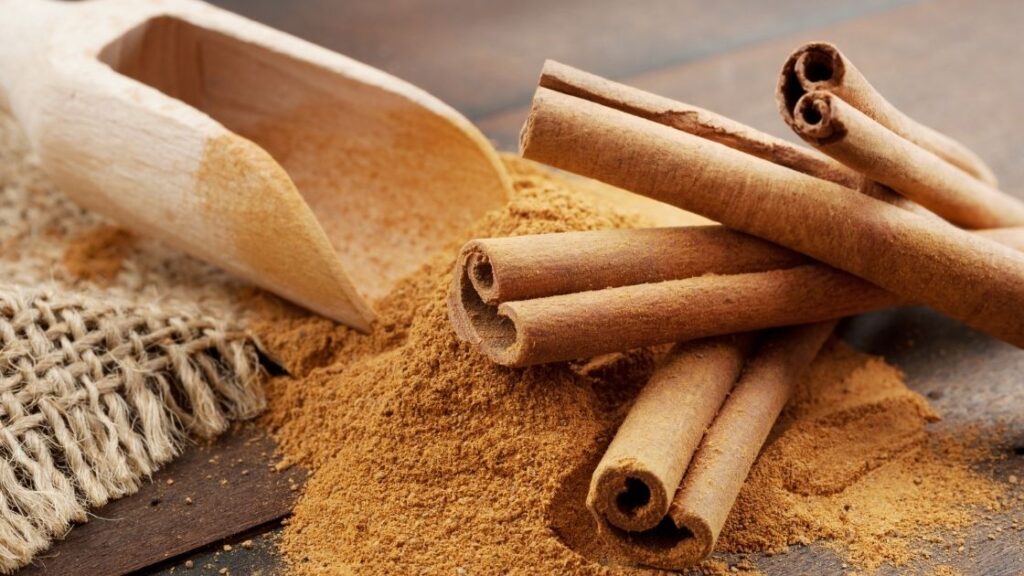 As we discussed with Coke, Pepsi has a similar motto not to divulge company trade secrets to anyone.

With both companies, you can find the ingredients of the soda’s contents, which is printed on the side of every can and bottle.

As you can see, they do not divulge any other compounds or flavorings, disguising their hidden secret under the heading of “natural flavors.”.

One thing to note is that Pepsi’s original formula used a variety of spices and flavors, and those included sugar, lemon oil, nutmeg, and caramel.

However, most major soda brands like Pepsi, Coke, and Doctor Pepper use bitter citrus peels, vanilla, cinnamon, and then a proprietary blend of other spices to make their flavors, as many studies have indicated.

Their limited range of Pepsi Fire had a cinnamon flavor (as we discussed), but this could have just been a flavoring and perhaps not the spice.

We know that compared to Coke, Pepsi has the ingredient of Citric Acid, where Coca-Cola does not.

Many people always ask what the difference is, and it would seem to be the addition of Citric acid, and the taste can be classified referring to Malcolm Gladwell’s book “Blink” where he says, “Pepsi is characterized by a citrusy flavor burst, unlike the more raisiny-vanilla taste of Coke.”.

What spices are in Pepsi? 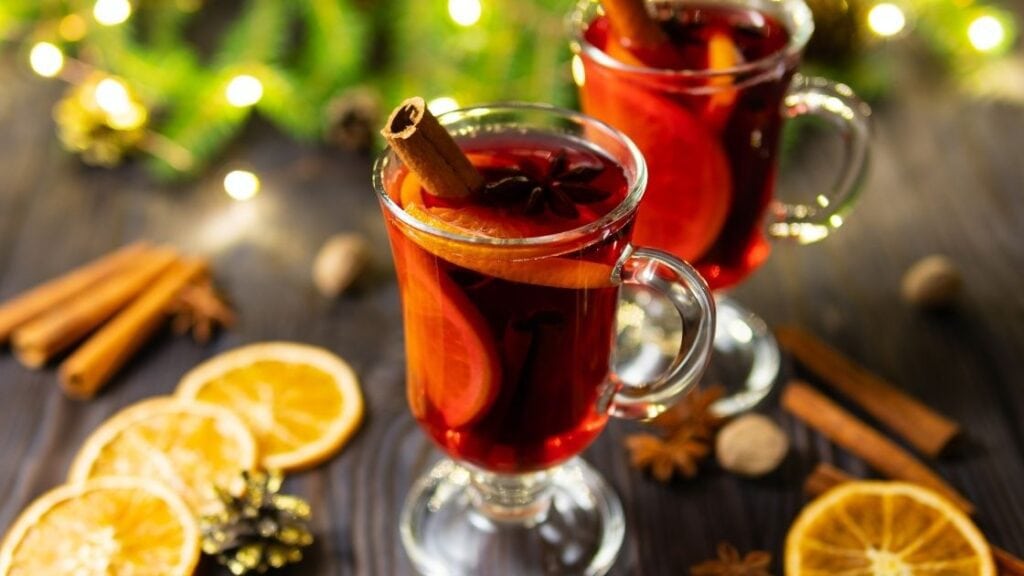 As discussed above, Pepsi uses bitter citrus peels, vanilla, cinnamon, and other proprietary spices to make their flavors.

However, full disclosure about the exact ingredients and spices is never disclosed.

For obvious reasons, because then you would have Pepsi knock-off companies popping up all over the world, even more so than there are now.

The flavor secrets that are both in Pepsi and Coke are a billion-dollar industry, and as such, the exact formula for their flavors will probably never be disclosed to the public.

We discovered that although there was a Coke Zero Cinnamon Flavored Soda, it was only available in 2018 promptly after Pepsi’s release of their Pepsi Fire limited edition range of sodas.

Furthermore, it was only available in the UK for a limited time, after which it was released in the United States for the holiday seasons of 2019 and 2020 but has since been removed from eh shelves of retailers nationwide.

You should also be aware that the version of cinnamon-flavored Coke available during the holiday season is not the Coke Zero version that was available in the UK in 2018.

The variant of the cinnamon flavor is Coke’s standard cola that contains sugar.

Besides Pepsi initially launching their cinnamon flavored drink, we also found out that both Pepsi and Coke, and most cola flavored soft drinks have cinnamon as part of their ingredients. Other ingredients also include citrus, vanilla, and nutmeg.

So if you were looking for Coke Zero Cinnamon, you would probably need a time machine to take you back to 2018 and then a plane to get you to the UK.

Otherwise, for the moment, you can enjoy cinnamon-flavored regular Coke that typically makes an appearance during the holiday season.