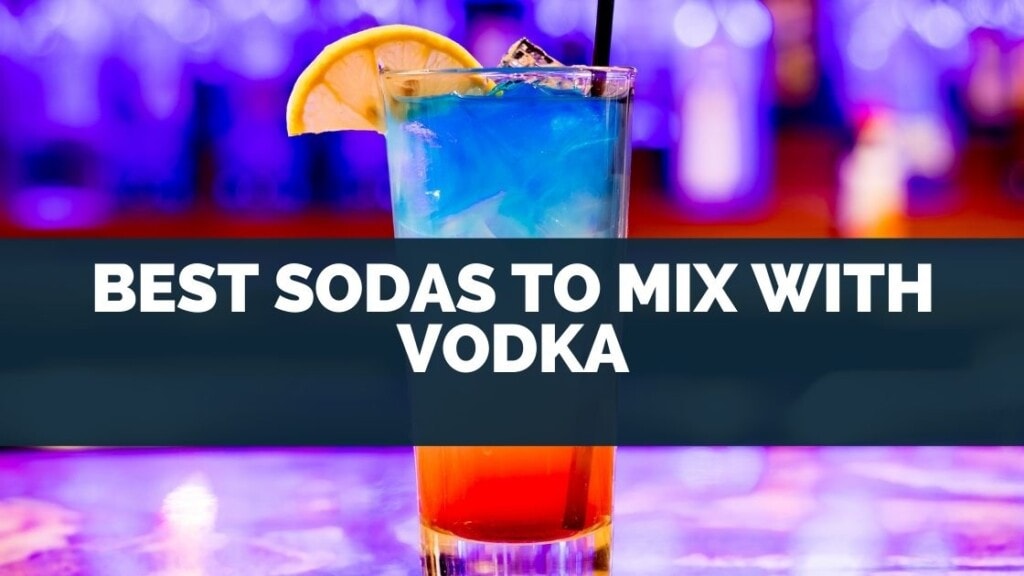 Vodka is a very popular liquor and is very versatile.

Anyone with a liquor cabinet will generally have at least one bottle of vodka and for a good reason.

There is a range of different sodas that you can mix with a different oz of vodka, so today, I will explain what the best soda is to mix with vodka.

Smirnoff, one of the most popular Vodka brands, makes many pre-made vodka drink flavors that have a range of flavors, including lemon, berry, and passionfruit.

In general, you want to aim for subtle flavors.

Except in the case of vodka and Red Bull, a very popular drink.

Fresh fruit and fruit juices are a personal favorite, such as orange juice, cranberry juice, pineapple juice, lemon juice, and grapefruit juice, and can be combined with sodas such as soda water or sparkling water and lemonade to give them a fizzy taste.

Below I will explain the best vodka mixers to use if you’re trying to lose weight and some of the most popular vodka/mixer combos. 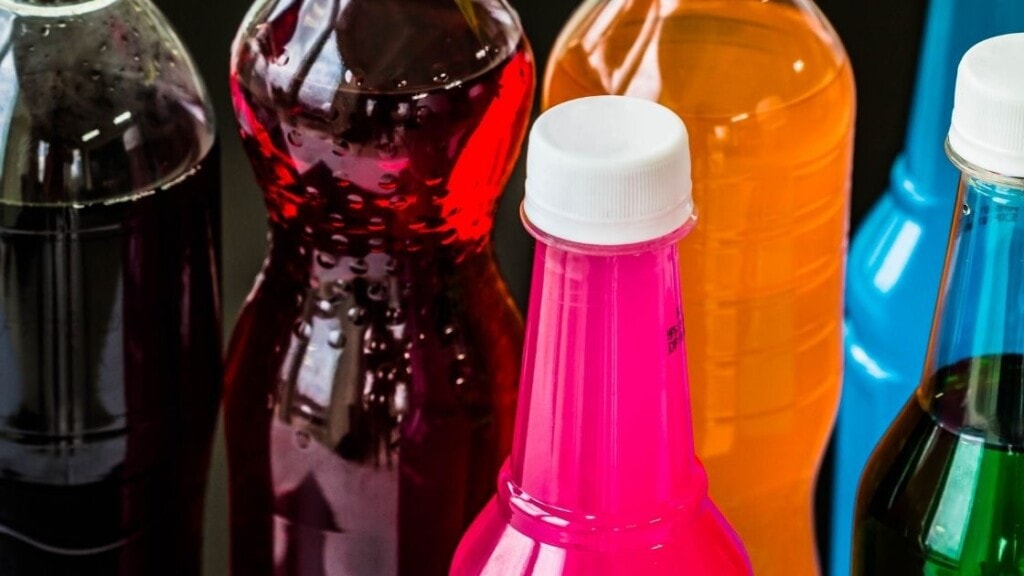 A vodka can be taken on its own, but it also goes really well in a glass with ice or with other sodas and juices and makes for a refreshing drink.

Sugar is quite high in calories, and many sodas contain a high amount of sugar which can be bad for weight loss.

So, here are the best diet sodas that are good mixers for vodka.

Overall, diet lemonade is the best diet soda to mix with Vodka.

But it does depend on what you’re in the mood for and what other mixed drinks you’re having.

Typically Coke and its diet version, either Diet Coke or Coke Zero, mix OK with vodka.

But it’s not a classic drink. Probably the most well-known mixer with vodka is lime juice, lemon-lime soda, and tangy citrus fruits.

There’s something about the ‘spiciness’ of vodka that pairs really well with citrus juice and makes for an amazing alcoholic drink.

Citrus fruits such as oranges are also high in Vitamin C, which has various health benefits.

Popular cocktails made with Vodka 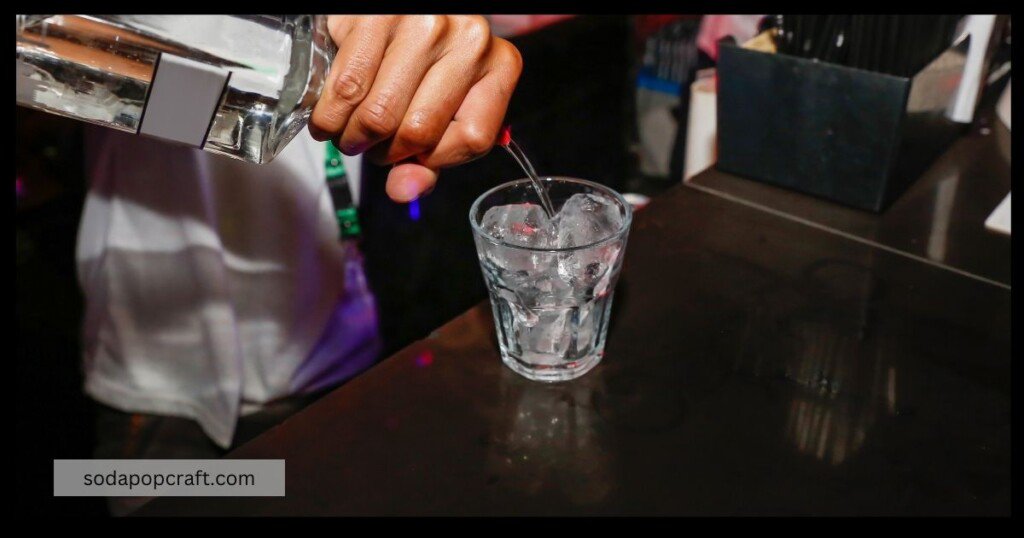 best soda to mix with vodka

A famous cocktail made with vodka is the Moscow Mule, a great vodka soda recipe with a lime wedge.

Vodka is famous for being a Russian drink, and so it has been named after one of the largest cities in Russia, Moscow.

It is almost identical to a Canadian Club and Dry.

Also nicknamed a CC and dry. Except instead of whiskey, it’s made with vodka.

Cocktails, including vodka cocktails, can be made in a cocktail glass, a tall glass, a mason jar, a rocks glass, or a highball glass. 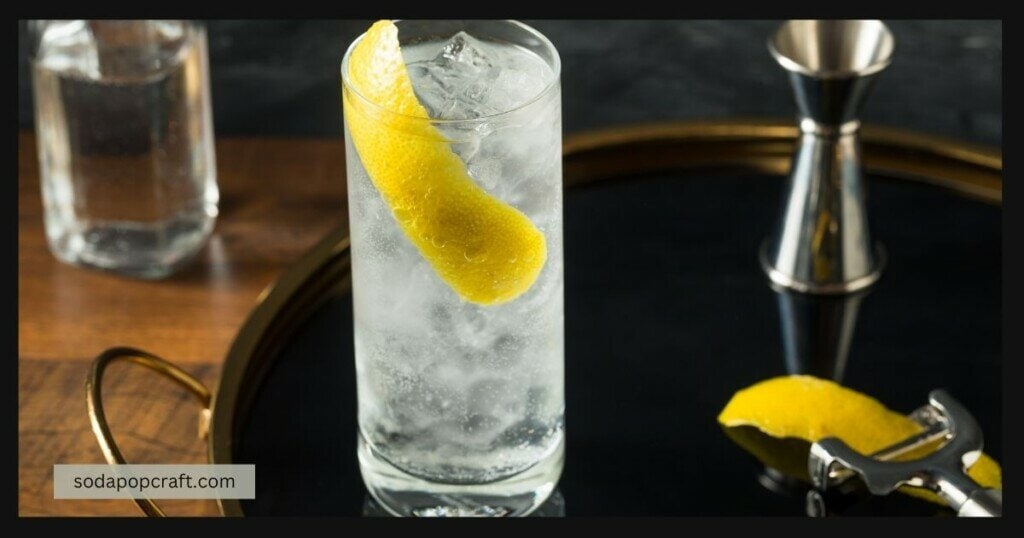 Another classic cocktail is the Bloody Mary.

It contains tomato juice and vodka.

It is quite a simple drink, using only these two ingredients.

But hot sauce and lemon juice are commonly added to give it a kick.

It’s also often garnished with a stick of celery.

It is a very popular and one of the most delicious drinks.

And this refreshing cocktail is one of my favorite vodka cocktails.

The taste of tomato masks the taste of vodka, and it’s a simple cocktail to make.

However, tomato juice is somewhat of an acquired taste.

So this vodka cocktail may not be for you if you don’t particularly like tomato juice.

And if you haven’t tried tomato juice before, you can find it really off-putting at first.

But it is one of the most refreshing ways to drink vodka.

As you may know, a martini is commonly made with gin and vermouth.

But it’s also common for bars and restaurants to prepare a vodka martini.

It’s exactly the same as a martini, but vodka is used instead.

A Coke cocktail is a mix of Coke and vodka. It’s also very easy to make.

But, based on my experience doing a lot of drinking with friends.

It’s not generally considered to be as classic a cocktail as, say, a Bloody Mary, a Vodka Red Bull, or a Vodka Orange.

These are all quite easy to make.

I found this great video from a professional bartender that shows 4 easy Vodka drinks:

Energy drinks such as Monster can also go quite well with vodka.

But there is a tonne of different flavors, and some are better tasting than others.

The type of vodka you use can also affect the final taste.

Grey Goose and Ketel One vodka are commonly considered high-quality vodka, with some bonus points for taste and smoothness.

Cheap vodka doesn’t necessarily taste bad when mixed or straight; it depends very much on your pallet.

Therefore, choose the vodka you think tastes the best rather than deciding solely on price.

What can you mix with Vodka?

In your home bar or bar cart, it’s almost mandatory to have some vodka; almost always, someone will ask for it.

With vodka, a great mixer is one that disguises or enhances the taste of the liquor.

Because vodka is a clear spirit, it also looks nice no matter what you mix it with, so here’s the best thing to mix with vodka.

Overall, fruit flavors are generally considered to be the best to mix with vodka.

All sodas go well with vodka, but citrus and slightly acidic fruit flavors tend to taste the best with vodka.

A sour mix of citrus fruits and/or fresh fruit tastes really good with the spiciness of vodka.

High-quality vodka tends to be smoother.

And there is even pre-flavored vodka, such as vanilla vodka and peppermint vodka.

These tend to be the best drunk as a shot, as they naturally have a nice flavor.

But there is also what’s called a peppermint vodka cocktail.

There is no perfect mixer, and it does depend on what you feel like.

For example, you might have had a few rum and cokes the night before, so you feel like something with a more citrus taste, such as Vodka and pineapple or Vodka and orange juice.

What to mix with vodka?

What part vodka ratio you use for your vodka cocktails depends on your alcohol tolerance.

Also, I find the drunker I get, the better the taste of straight vodka and other liquors.

And I end up using less and less mixer.

But I never drink a whole glass of vodka on its own.

And I need something to mellow out the very strong flavor of 40% alcohol.

One of the best ways is generally to add a one-shot, then add the mixers and see how it tastes.

Pour vodka into the bottom, and then add the mixers on top.

Don’t fill it all the way to the top; if you can’t taste the vodka much, you can add more.

What Soda Mixes well with Vodka to Lose Weight? 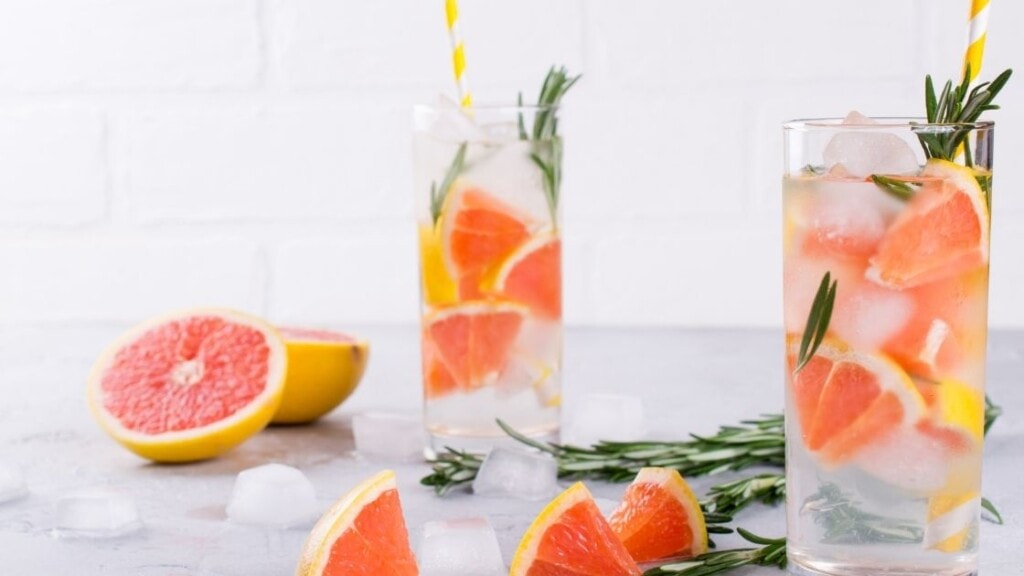 Some great mixers taste amazing but are also not that good for you, and it’s generally advisable not to consume them if you’re trying to lose weight.

Luckily, some options taste the same, and others can taste even better.

Here are what mixers you can use with vodka if you’re trying to lose weight.

Generally, fruit juice is the best to mix with vodka.

These can also be combined with soda water to make them fizzy.

Diet sodas are also very good as they contain very low or no calories at all.

During happy hour, everyone seems to be rushing to grab drinks.

Vodka lovers are reaching for their favorite cocktails, and bartenders are shaking their cocktail shakers every 5 seconds.

But it’s not always easy to know what mixers are the best for reducing calories.

Generally, any sort of fruit juice, such as vodka cranberry – a mix of cranberry juice and vodka – is very good.

Seltzer water can be used to make a vodka tonic.

This club soda cocktail is not the most flavorful, but refreshing and not BAD to drink.

But it goes really well with lemon or lime wedge juice.

This is also a common way to drink tequila and is called a tequila soda.

A gin fizz is quite similar, except it is very sweet and contains simple syrup.

The simple syrup has a high sugar content and is high in calories, so it should be avoided for trying to lose weight.

Carbonated water goes by many names.

It can either be called a club soda, tonic water, soda water, or sparkling mineral water.

I looked at the ingredients in all of them to see if they contained sugar.

I summarized what I found in this article about whether soda water is sugar free.

Lemon-lime soda can have a mild taste depending on the brand.