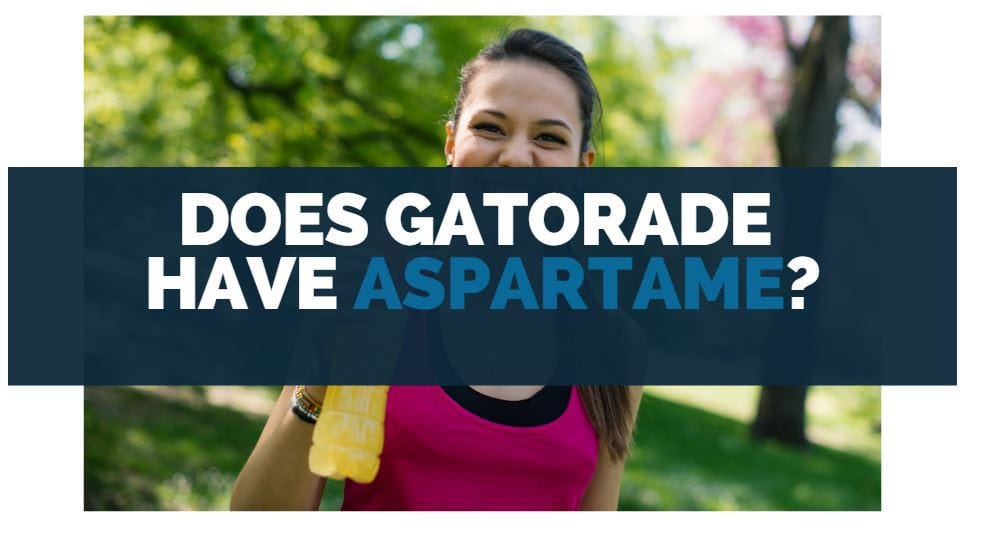 We all know very well that many soft drinks manufacturers, and I’m including sports drinks creators in that category, use sweeteners in place of real sugar.

This tactic is also how they get to label their drinks as being ‘DIET’ or ‘SUGAR FREE’  however these sweeteners also have their good and bad sides.

And there are many variants of artificial sweeteners with some being better than others.

But let’s start with Aspartame..

Does Gatorade Have Aspartame?

Gatorade does have artificial sweeteners, but aspartame is not among them.

Artificial sweeteners are known to have different effects on the body and blood sugars specifically and when compared to regular sugar a lot of the research has shown that they are not as good for you.

Many kinds of artificial sweeteners need to be studied more so that we can fully understand the impact they have on our health.

Gatorade gets its sweet taste from different artificial sweeteners. Gatorade also contains natural sweeteners but to get a variety of flavors and the hydration benefits from Gatorade, it relies on sucralose and dyes.

Many Gatorades also have sugar listed on the ingredients list, which can contribute to health problems as well.

The kind of sweeteners used in Gatorade does depend on the kind of Gatorade.

Other ingredients may make Gatorade seem like a less healthy option than many people realize.

Gatorade is often thought of as healthy since it’s the drink of choice for so many athletes, especially during high stakes games such as The Super Bowl.

But a close examination of the ingredients list shows that many ingredients can cause health problems.

One of these ingredients is high fructose corn syrup. This is another sweetener that can contribute to health problems, both immediate and long-term.

High fructose corn syrup is found in many sweet drinks, including soda, and is the reason for many of those drinks being so sweet.

When considering a healthier hydration option, it is important to look at all of the facts.

Many sweet drinks have hidden ingredients that make them much unhealthier than initially thought.

Gatorade can help athletes stay hydrated after a workout, but you have to look at all of the options to find the best one.

When drinking something that is designed to help you stay healthy, it is important to know exactly what it is you’re drinking and what the effects of those ingredients are.

Your health is more than what happens after a workout.

What Kind of Sweetener is in Gatorade Zero? 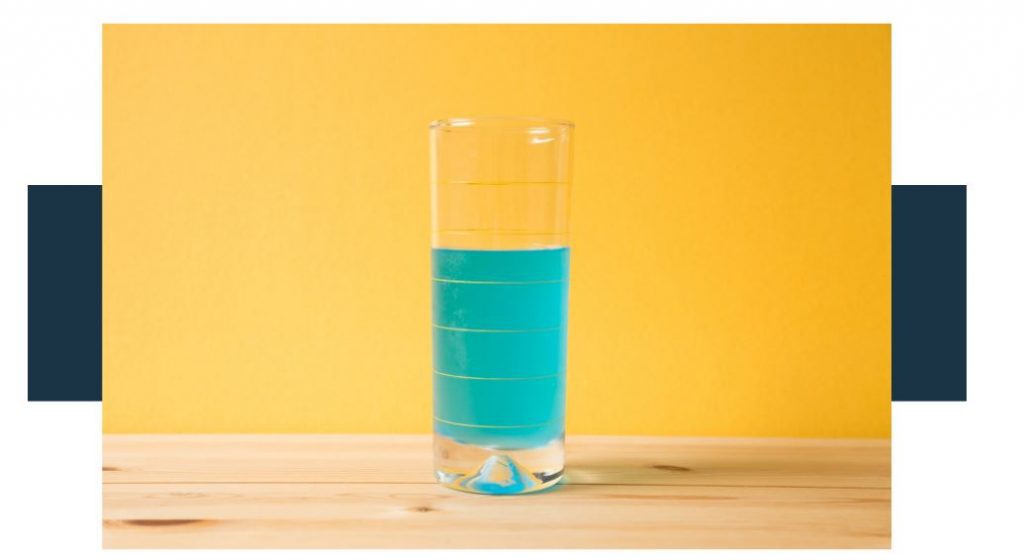 Gatorade Zero, the calorie, and sugar-free Gatorade option for people who want to be hydrated after a workout but don’t want the calories and sugar often found in Gatorade and other sports drinks.

Though Gatorade Zero does not have any sugar, it is still sweet and that sweetness has to come from somewhere on the ingredients list.

In Gatorade Zero that sweetness comes from sucralose and acesulfame potassium.

These ingredients do help give consumers an energy boost after drinking and can help a workout seem less exhausting.

These ingredients can also contribute to different health problems while providing this energy boost.

Sucralose is a common artificial sweetener and is most commonly referred to as Splenda. It is even possible to purchase this on its own to add sugar to your coffee or tea without using sugar.

It has been in use for a long time and is seen as an acceptable alternative to sugar for many uses.

Despite its popularity, there are some health risks to sucralose.

Depending on how used your body is to consuming artificial sweeteners, it may affect your blood and insulin levels.

People who are not used to eating artificial sweeteners had their blood and insulin levels affected, the results also showed that they did not return to normal after the study.

Sucralose can also negatively impact your gut health. Gut bacteria is a vital part of your overall health and sucralose can decrease the number of good bacteria in your gut.

It is much sweeter than sugar and adds sweetness without adding calories.

Some researchers claim that this sweetener can affect metabolism, appetite regulation, and blood sugar control.

Some researchers also claim that it can contribute to cancer, though any link may be weak at best.

When drinking anything sweet, it is important to know what the sugar is being replaced with and how that will interact with your body.

While the effects and impacts of artificial sweeteners need to be studied more, early research is indicating that it is not as healthy as the advertising with sports drinks would indicate. 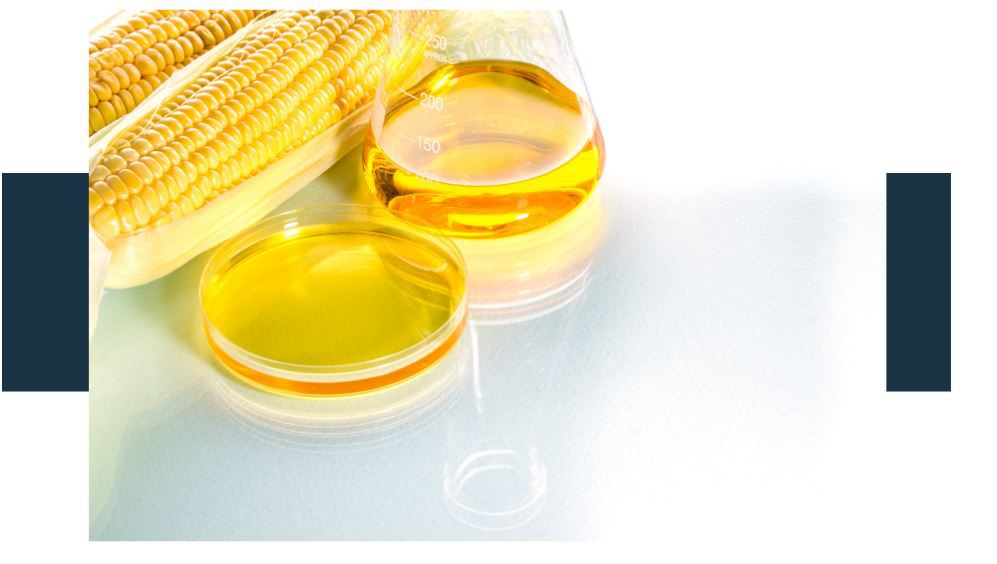 One of the ingredients in most varieties of Gatorade that can cause concern among most people is high fructose corn syrup.

It is commonly found in sodas and other fruity flavored drinks to add a sweet taste without sugar.

Despite its popularity, there are many health concerns about high fructose corn syrup and its impact on our health.

The main concerns about high fructose corn syrup include the increased risk of weight gain, type 2 diabetes, and problems with metabolism.

If you are concerned about the amount of sugar and sweeteners in your diet, the best move would be to remove as much as you can.

Eliminating drinking soda and sports drinks is a great place to start. Obesity and other health problems are on the rise likely due to the amount of sugar and sweeteners we consume now so it is a good idea to reduce where we can.

Is Powerade Healthier Than Gatorade? 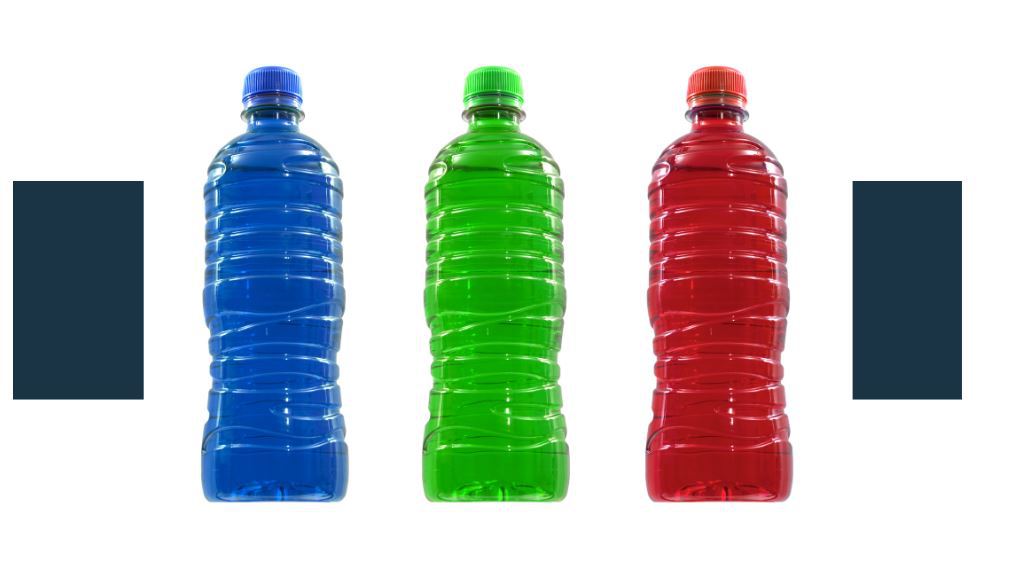 If you are planning to make a switch from Gatorade to another sports drink, Powerade is a common choice for most people.

Both are popular sports drinks that have a variety of flavors and work similarly.

Before making the switch though, it is important to examine if one is healthier than the other.

There is a lot of overlap in the types of artificial sweeteners used.

Powerade does offer more in terms of vitamins and micronutrients, including Magnesium, Niacin, Vitamin B6, and Vitamin B12.

Powerade also has fewer calories than Gatorade. The carb and sugar contents of both are very similar, with Powerade having just slightly less of both.

This would make Powerade a slightly better option in terms of vitamins and micronutrients provided.

However, neither one is healthier than the other when it comes to ingredients and how they work. It heavily comes down to personal preference.

The absolute best option for hydration remains water. It is strongly advised unless you have been working out for more than an hour or in muggy and hot conditions, to hydrate with water.

Water is the simplest way to make sure that your body can recover from a workout.

When in doubt about what to drink, it is impossible to make mistakes by choosing water.

Though Gatorade and other sports drinks are often advertised as healthy drink options, some ingredients can contribute to health problems.

The sugar in sports drinks can also contribute to tooth decay, just like other sugary drinks.

For most people, it is not necessary to drink a sports drink of any kind after a workout and to simply stick with water.