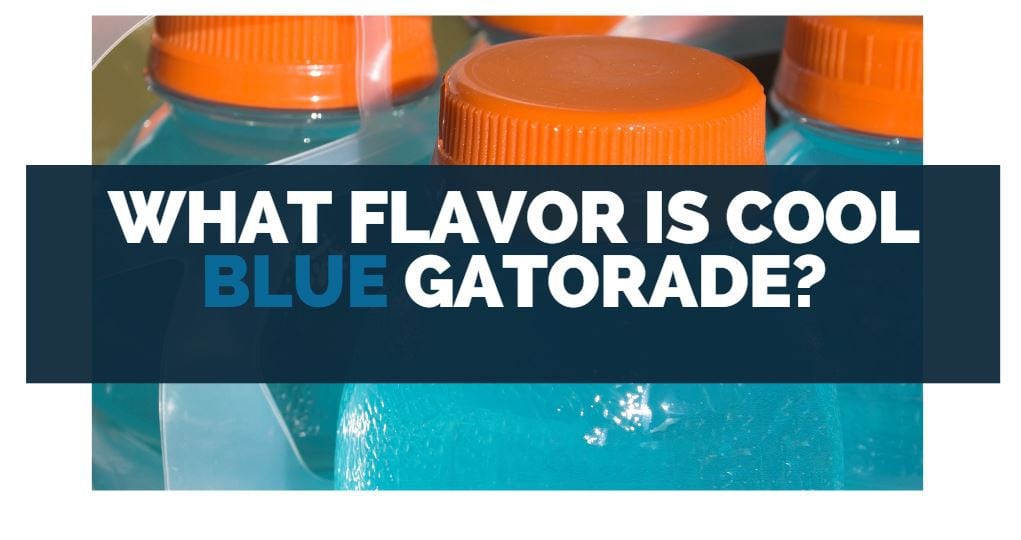 Gatorade got its start in Florida and gained popularity as an official sports drink for many professional sports, including Football, Soccer, and Nascar.

And it comes in and array of flavors – some that are not easily distinguishable from their colour or label.

which is the point of this article – their cool blue version.  So let me cover that off now;

What Flavor is Cool Blue Gatorade?

The Cool Blue flavor of Gatorade has often been described as being similar to a blue raspberry drink.

This flavor of Gatorade whilst being very raspberry like is not as sweet as other flavors, but still making it a popular choice for aficionados of Gatorade.

However the lack of sweetness doesn’t detract from the bold and sharp raspberry like flavor profile.

While Gatorade didn’t invent the sports drink, they helped make the idea of a specific kind of rehydrating for athletes after a workout popular.

Now there are many kinds of sports drinks available on the market, but Gatorade remains one of the popular, not just for athletes either.

With the popularity of this drink, there is no wonder that there are so many varieties to choose from.

From different flavors to options with no sugar, there is an option that will suit everybody.

Whether you’re a high school athlete or looking to get hydrated quickly after a night of partying.

There is no shortage of Gatorade options for people to choose from.

Gatorade Zero Flavor is a great option for people looking to have a sports drink to replenish after a workout without sugar.

Unlike regular Gatorade, which can have up to 34 grams of sugar, Gatorade Zero Flavor has no sugar and still provides electrolytes needed after a workout.

Gatorade is always experimenting and trying new flavors. As a result, there are several discontinued flavors.

Even with these discontinued drinks, there are still plenty of choices for people to choose from when selecting a flavor.

The ins and outs of the popularity of Gatorade can be attributed to its many flavor options.

No matter what strikes your tastebuds, there is a flavor choice for you.

How Many Flavors of Gatorade are There? 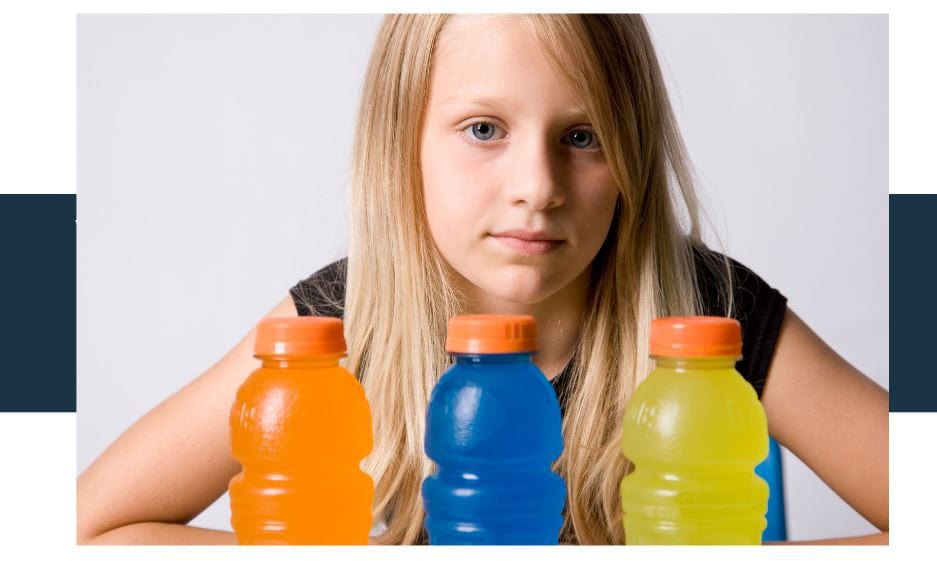 There are currently over 3o flavors of Gatorade on the market today.

Gatorade Sports fuel drink is the drink designed to be consumed before a workout or other strenuous event.

It contains B vitamins to help assist in turning carbohydrates into fuel.

Gatorade Thirst Quencher is the quintessential Gatorade drink. Available in twenty flavors in either a pod, a bottle, or powder varieties.

This kind of Gatorade is where you can consume the popular Cool Blue flavor, along with Strawberry, Fruit Punch, Lemon-Lime, and Arctic Frost.

Gatorade Low-Calorie G2 offers half the sugar with all the electrolytes for those who are looking to cut back on sugar.

It is currently offered in eight flavors, including Cool Blue, Orange, and Grape. It also comes in bottle, pod, or powder varieties.

As you can see, there are many varieties and flavors of Gatorade available. No matter how you want to consume Gatorade there is a way that works for everyone. The variety of flavors ensures that everyone can find a flavor that they enjoy.

The most popular Gatorade flavors include Lemon-Lime, Strawberry, Arctic Blitz, and Ice Punch.

There is a variety of flavor choices among the favorite flavors.

Some are popular flavors that can be found in many different popular drinks, and others are specific to Gatorade.

It is no wonder why Gatorade has remained so popular when looking at the flavor list. 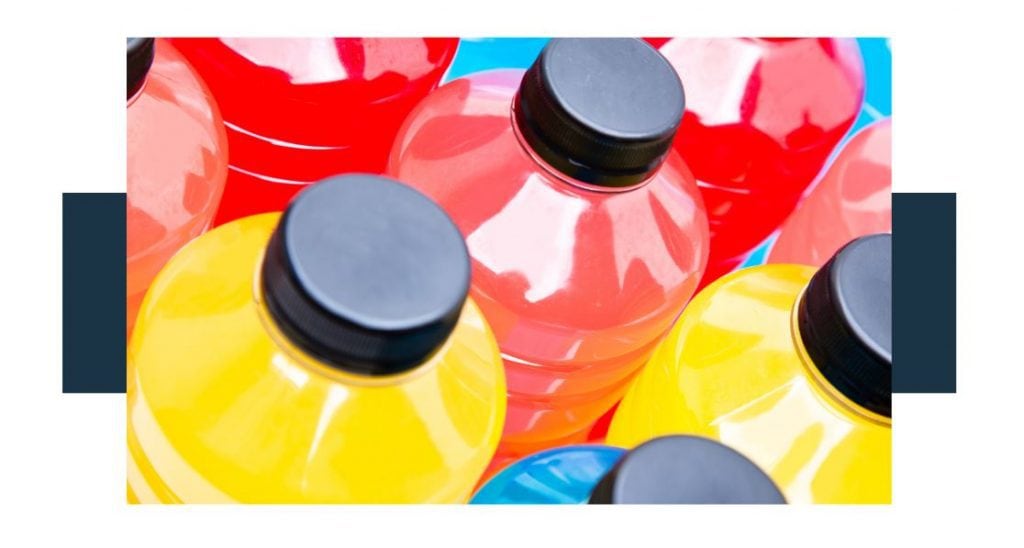 Gatorade Zero is a newer branch of the Gatorade Sports Drink family.

Similar to the Gatorade Low-Calorie G2 offering, Gatorade Zero is designed to provide electrolytes and hydration with less sugar. As the name implies, Gatorade Zero means that it has zero sugar.

Gatorade Zero will also have no additional carbohydrates and will be priced similarly to the Gatorade options currently available.

Meaning that you won’t have to worry about breaking your budget to find low or no sugar drink options.

Each of these flavors tastes similar to the traditional Gatorade options with more sugar but will still provide all of the replenishments that your body needs after a workout.

With Gatorade having such a high sugar content, many people with diabetes have struggled to find ways to stay hydrated after a workout.

While Gatorade Zero has significantly less sugar and carbohydrates, it still does have some. Gatorade Zero may prove to be a viable option for diabetics looking for something to drink after a workout.

If these new ventures into zero and low-sugar options are popular, Gatorade may add more flavors to their sugar-free options for more variety.

As long as they taste like the original flavors, people will buy them and be happy that they can get hydrated with no sugar while not losing the taste they are used to. 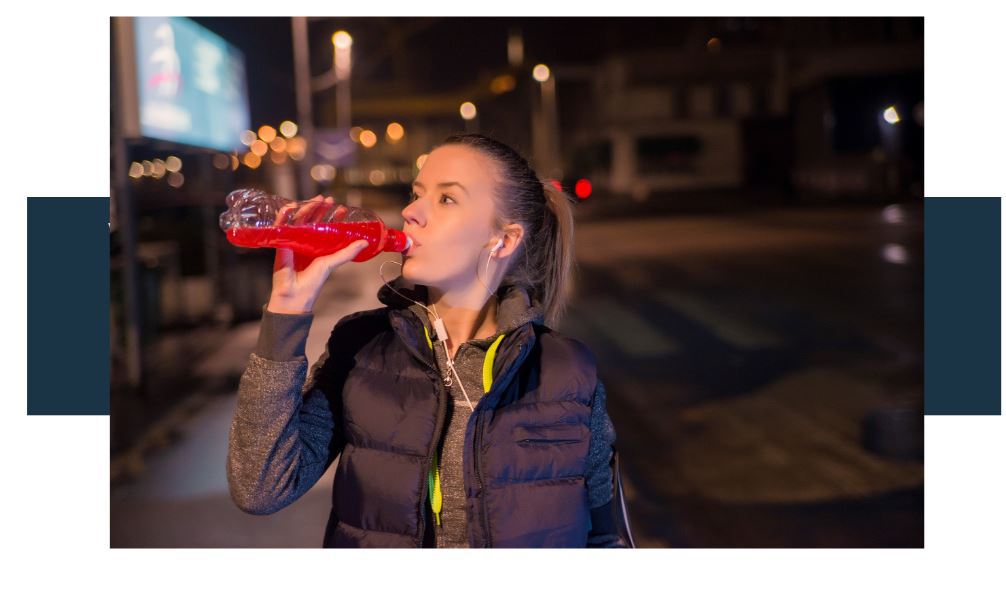 Flavors of Gatorade can be discontinued for many reasons. They may not be selling well, the company is ready to rotate new flavors in, or the flavor was a limited flavor to begin with.

Many flavors of Gatorade remain popular though it is no longer available to buy.

As Gatorade has 26 discontinued flavors and currently has the record for the most discontinued drinks for any brand-name drink, many popular flavors are no longer available to purchase.

With a company that has been around for so long and is constantly researching and trying new things, it is no wonder that flavors are among this.

One of the most popular flavors of Gatorade that has been discontinued is the Strawberry Ice Flavor that many people still hope will come back someday.

Other flavors that have been discontinued include Iced Tea Cooler, Frost Alpine Snow, Fierce Grape, and ESPN the flavor.

While Gatorade does not officially sell these flavors anymore, it is possible to purchase them second-hand if you really miss a specific flavor.

Gatorade is a company that has been around for a long time.

While the future of sports drinks is changing as people want to hydrate differently and as more research shows there is not a one-size fits all option for hydrating after a workout, Gatorade has cemented itself as a popular choice for drinking.

No matter the occasion or reason.