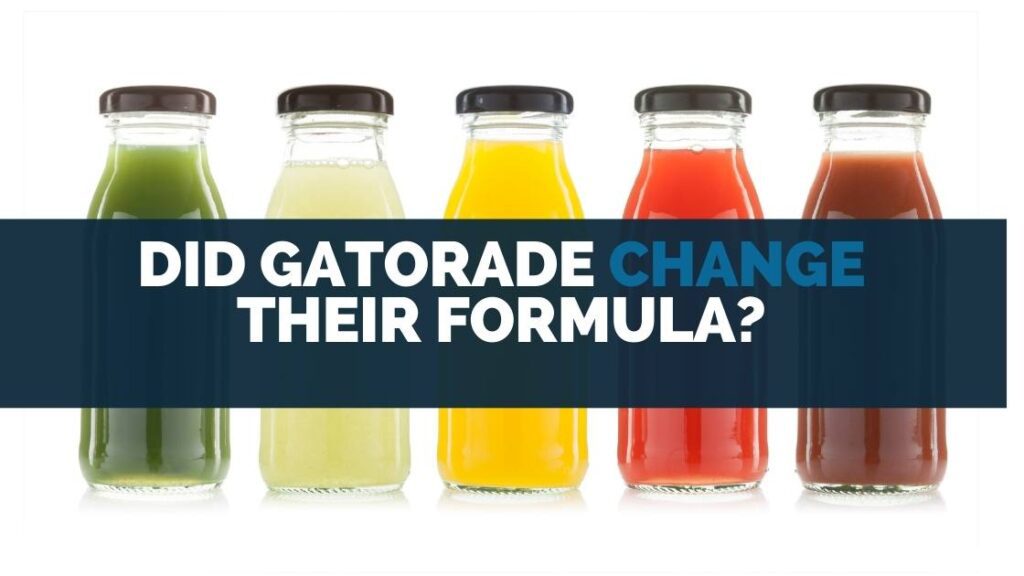 I drink Gatorade every so often and had seen some people on Reddit going on about their recipe formula changing and was really curious.

I’m not sure I noticed the change myself but did do some further research as people were referencing an Artificial Flavor, and id like to share my findings with you.

One ingredient they used to add was Brominated vegetable oil (BVO) but stopped using it in 2013, as shown in this article.

The University of Florida also says that the original formula contained only sugar, salt, water, potassium, and lemon juice.

It had a more natural flavor.

And the formula at the moment contains many other ingredients.

Gatorade also has a range of new flavors, some of which are low sugar or zero sugar.

As you may be aware too much sugar leads to health issues.

Below I’ll explain what Gatorade flavors have the least sugar, and other interesting facts about Gatorade such as which flavor is the best, and whether drinking too much of it is bad.

Which Gatorade has less sugar? 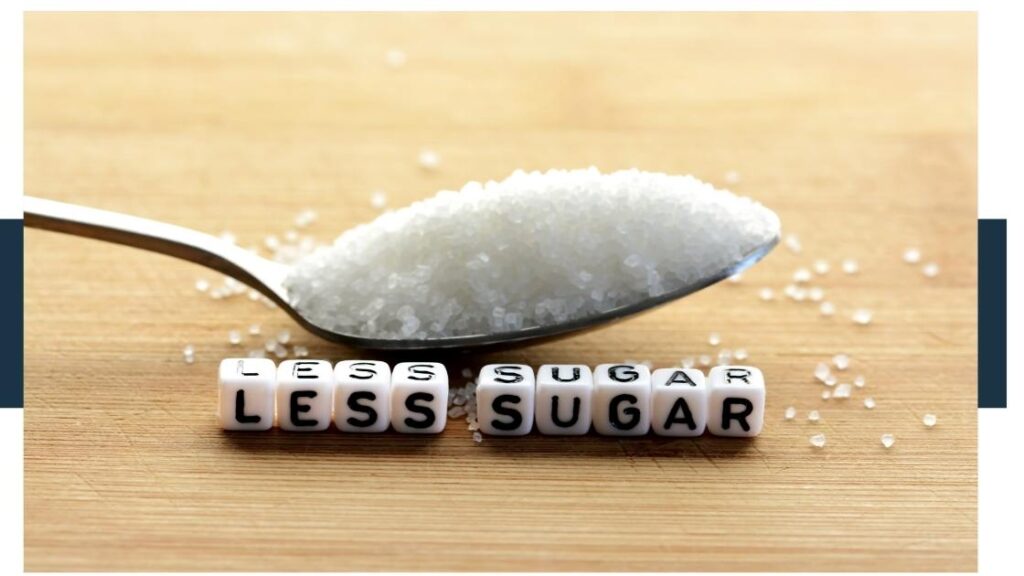 And they also make a low sugar Gatorade called G2.

The recommended daily sugar intake according to the Harvard School of Public Health is 24g, as explained in this article.

One cup of Gatorade G2 contains 3.25g of sugar which is equal to 14% of your recommended daily intake of sugar.

Here’s a side-by-side comparison of standard Gatorade and Gatorade G2, so you can see the difference.

This Data is provided by the USDA and is linked here

As you can see from the data Gatorade G2 has 20% of the sugar that standard Gatorade has and around 70% less calories.

It has 25% of the grams of carbohydrates and half the phosphorus. All other nutrients are around the same.

An 8 oz bottle of the original Gatorade contain only 37 milligrams of potassium.

This quantity of potassium chloride is quite small as per the standards set by the National Kidney Foundation.

The amount of sugar that Gatorade G2 has is small, compared to the recommended daily intake of sugar.

But, you should be careful not to drink too much standard Gatorade – more on this below.

What was the original Gatorade color? 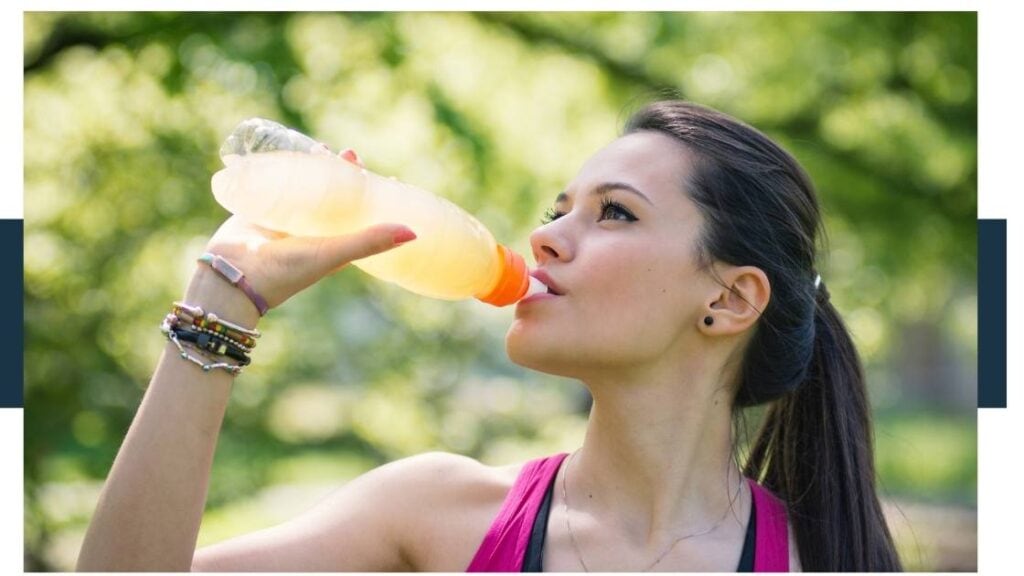 The original Gatorade was colorless.

According to this article by the University of Florida, the original formula contained sugar, salt, water, and potassium.

But, soon lemon juice was added to improve the taste, which would have given it a very light yellow color.

The original Gatorade was invented by Robert Cade who was a qualified physician and kidney specialist.

The first batch he made was tried by his fellow scientists but they found that it tasted bad, and they couldn’t drink it.

And it turned out to taste good enough that people could drink it.

Interestingly, it was invented for the Florida Gators football team, when it was found that they were having a hard time training in the Florida summer because it was too hot.

What flavor is Gatorade Frost? 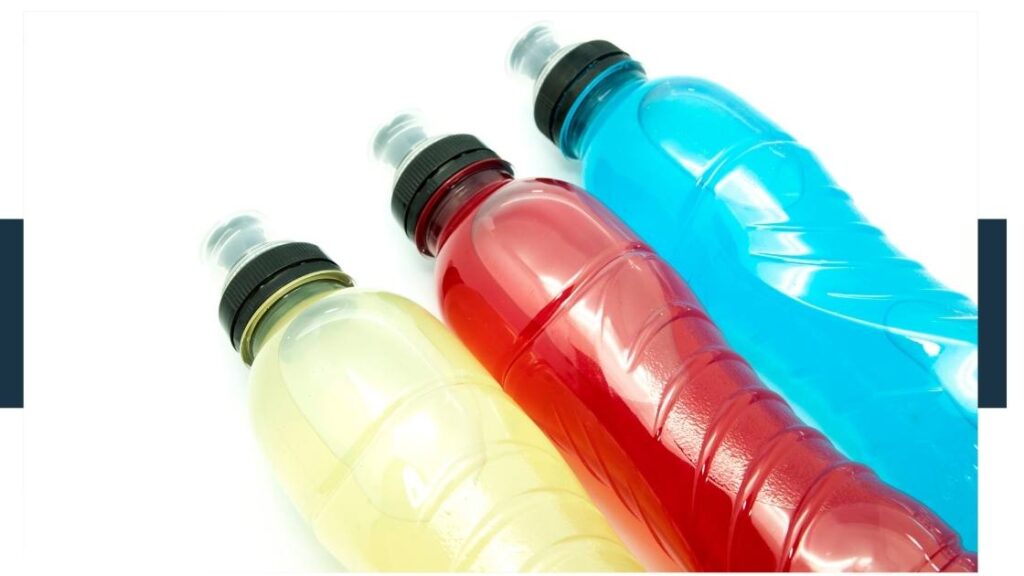 The Gatorade frost flavors with descriptive names – cherry and tropical mango – taste like the fruit that they’re named after.

Funnily enough, icy charge, glacier freeze, and arctic blitz are all very light blue to turquoise in color, so their flavors are unexpected.

Glacier cherry is also very light purple when you would expect it to be dark red.

Gatorade already has a red colored flavor which is a reserved for fruit punch.

And Gatorade Frost tropical mango is the only flavor that looks like the color of the fruit that it tastes like and is orange. You can choose any of your favorite flavors from these amazing options.

Which Gatorade is the best? 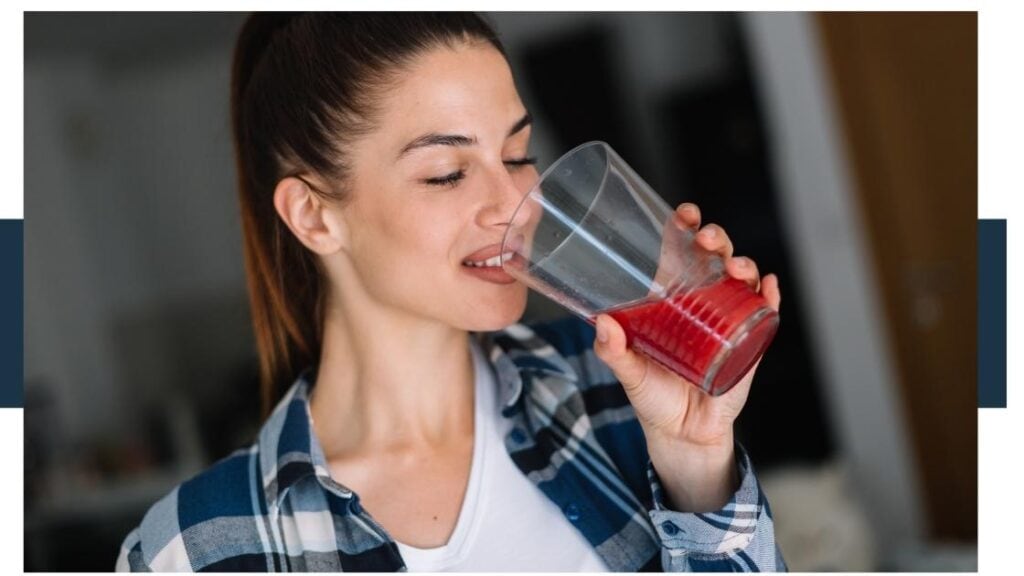 Delish.com rates the red Gatorade – fruit punch as the best Gatorade flavor, however, Thrillist.com and Esquire.com rate lemon lime as the best flavor.

Across all the flavors fruit punch, and lemon-lime were each rated the highest according to all 3 websites.

Here’s a side-by-side comparison of how they ranked them:

Orange also featured quite high according to all three opinions.

However, all the other flavors showed a bit of a mish mash of different flavors that they thought were the best.

Why is Gatorade not good for you? 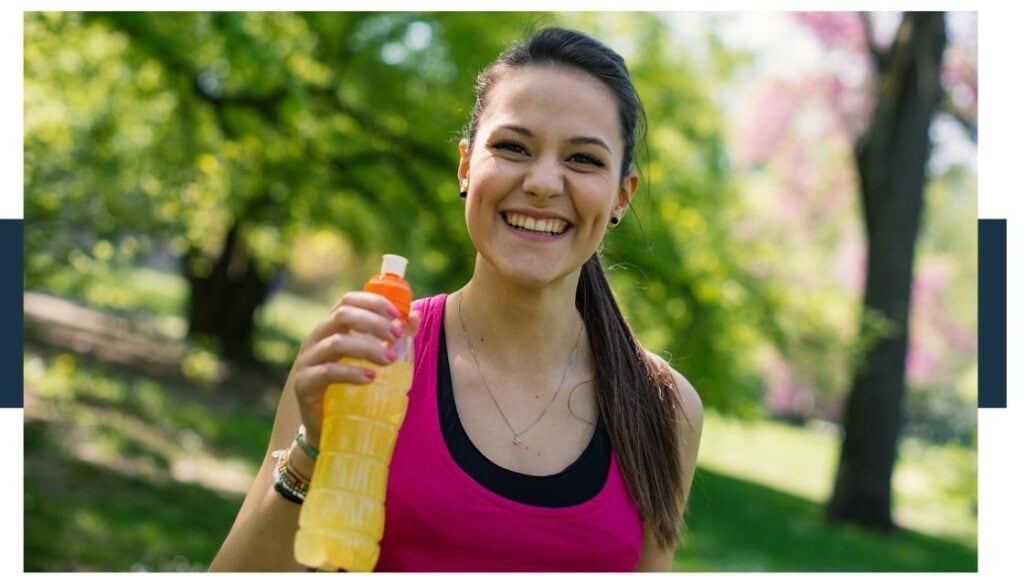 Gatorade is not bad for you among sports drinks.

But, if you drink too much of the standard Gatorade you will drink more than your recommended daily intake of sugar which is 24g, according to Harvard Medical School.

Harvard Medical School states that if you drink more than your recommended daily intake it increases the risk of developing health issues such as diabetes, and cancer.

Other foods also contain sugar, so it can be worthwhile to look at how much sugar content is in each of the foods you eat before drinking standard Gatorade.

To give you an idea 1 teaspoon of sugar contains 4 grams of sugar.

But, you can pretty much drink as much Gatorade G2 as you want because it will take around 10 cups of it to reach your recommended daily sugar intake.

However, it’s a good idea to balance it out by drinking other liquids such as juice and water so that you’re not getting too much of any of the ingredients used to make Gatorade G2.

G Zero contains no sugar at all, so you can technically drink as much of it as you want.

But, it does contain artificial sweeteners.

What sweetener is in Gatorade Zero? 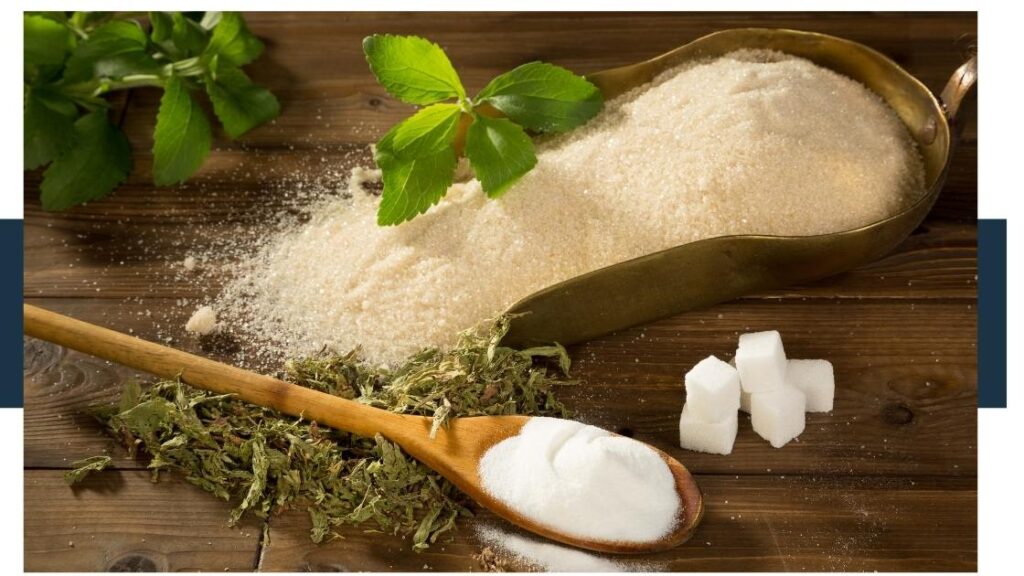 Gatorade Zero is sweetened with sucralose (Splenda), and Acesulfame potassium.

Sucralose is 600 times sweeter than sugar, according to the Food and Drug Administration (FDA).

And Acesulfame potassium is 200 times sweeter than sugar, in the opinion of Healthline.com.

Both are certified safe by the FDA.

There have been some studies that have linked both of these sweeteners to potential health issues.

And some doctors have asked for more studies to be done.

At this stage, however, both are considered safe by the FDA. In my opinion, it’s a good idea not to drink too much Gatorade Zero to lessen the risk of any health issues.

And to balance out your diet with other liquids much like other foods, as shown in the latest studies for example this one, done in 2020.

Gatorade has changed its formula over the years, and the original recipe has changed to include a few different ingredients.

Now, it contains a range of different chemicals like citric acid and sodium citrate.

There are also low sugar flavors of Gatorade such as Gatorade G2, and Gatorade Zero. Gatorade Zero contains the least amount of sugar content and has zero sugar.

It instead contains the artificial sweetener sucralose (Splenda) and Acesulfame potassium in ingredient lists.

And lemon lime, fruit punch, and orange were rated as the best tasting flavors.

are you going to grab a Gatorade?