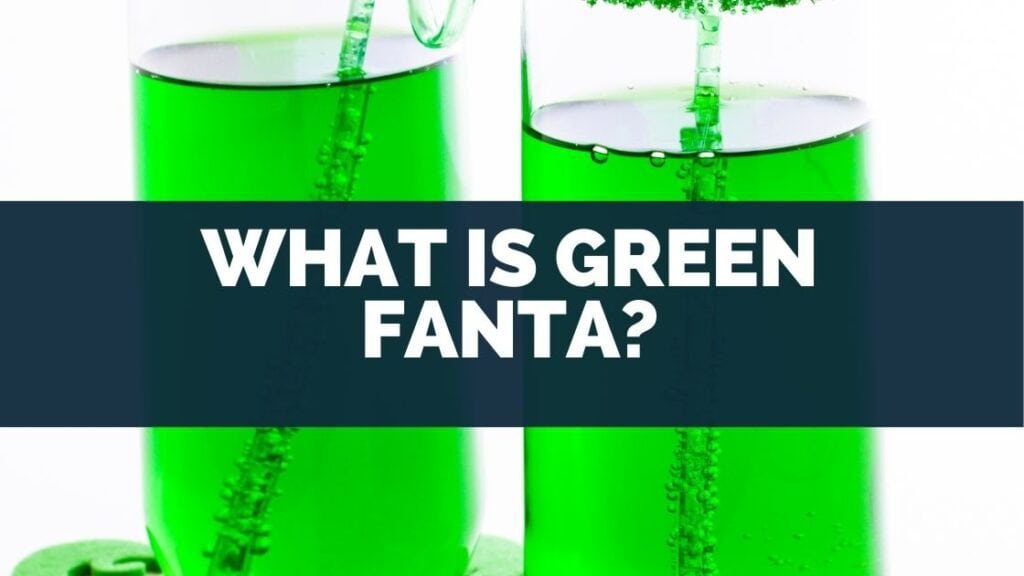 Having tried a lot of sodas, I came across green Fanta, and having never actually drunk it (YET) I wondered what it tastes like.

So, what is green Fanta? Green Fanta was a soda that was made by Fanta and its flavor was ‘green apple’, according to the official Fanta website.

They list the flavors they sell currently and Green Fanta(Fanta Green) isn’t listed there.

Whether you’re interested in what’s in green Fanta, how the flavor of Fanta Green is different around the world, or what all the different flavors of Fanta are, here’s everything you need to know about green Fanta or Fanta Green. 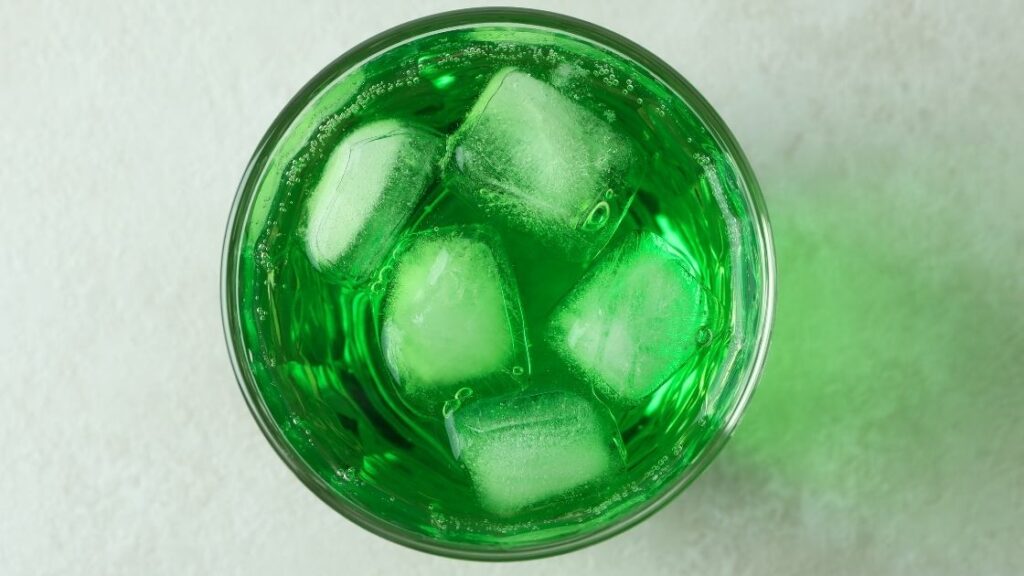 Green Fanta (green apple) is made with the following ingredients:

These are pretty common ingredients for well-known sodas like Coca-Cola, Pepsi, and Mountain Dew.

As you may be aware, Coca-Cola makes Fanta and Fanta Green.

And interestingly, Coca-Cola uses high fructose corn syrup in sodas that are produced in the USA and Canada.

As shown on the ingredients list on each of the Coca-Cola websites in each country.

In other English-speaking countries the UK, Australia, and NZ, they use sugar instead of corn syrup.

And in nearby Mexico, they also use sugar rather than corn syrup.

I recently wrote an article about this here Does Coca-Cola Use Corn Syrup?  It talks about high fructose corn syrup, and whether it’s better for you than sugar. 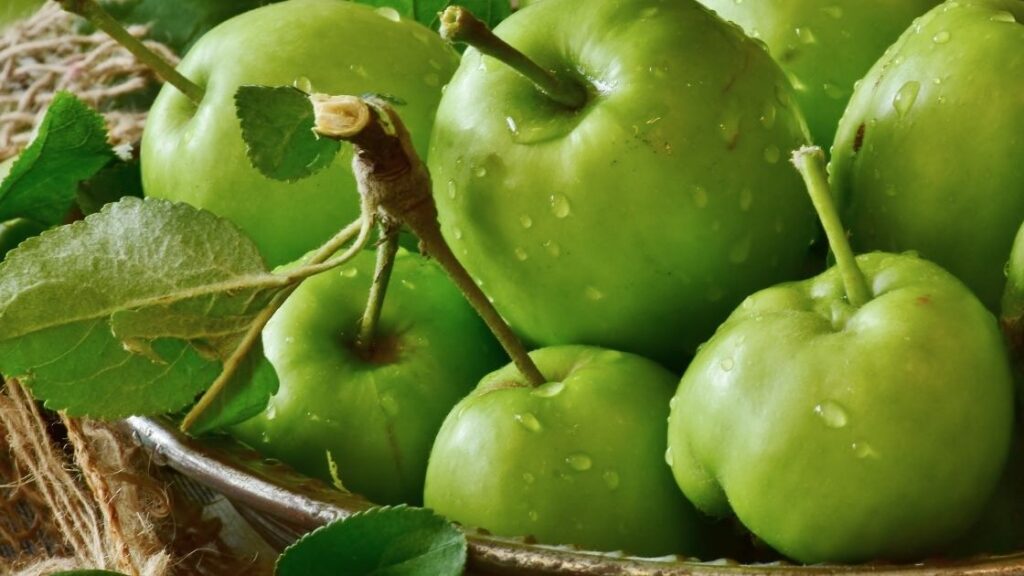 Green Fanta sold in the USA is ‘green apple’ flavored and tastes like an apple but a bit sweeter.

There is also a green Fanta or Fanta Green sold in Thailand and available on specialist websites that are branded as banana, orange, and pineapple flavors.

You can find one by doing a Google search for ‘buy green Fanta’.

However, the official Coca-Cola websites for Fanta in the USA, Canada, the UK, Australia, or New Zealand don’t list a green Fanta as one of their flavors.

Is Fanta sold in the US? 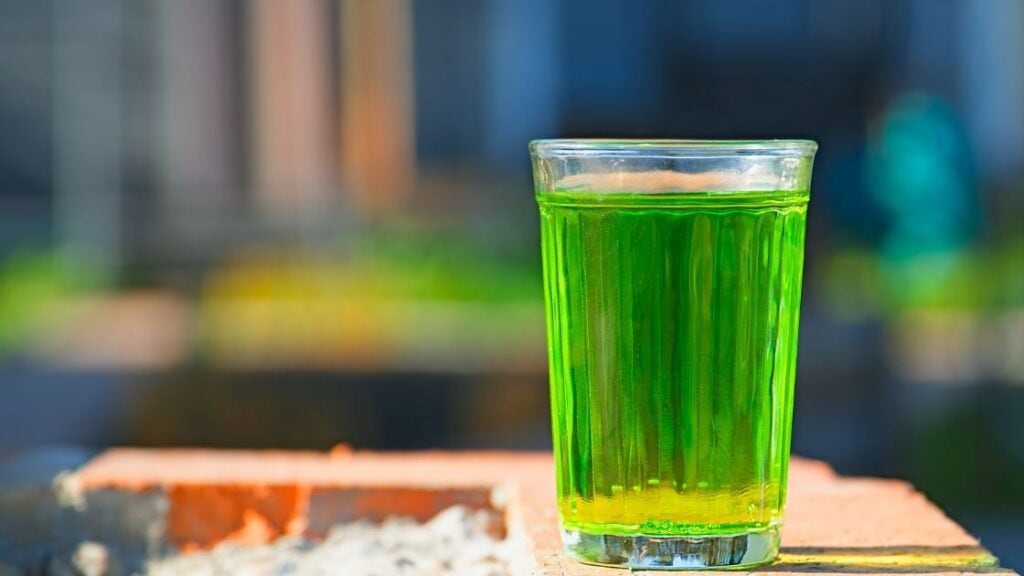 Fanta is sold in the US, and is available in 9 flavors as shown on their official website:

You can find it in nearly every convenience store, and can also buy it online on well-known websites like Amazon, and Walmart.

The colors of the individual flavors are shown in the table below:

Here’s a list of the Fanta flavors sold in each country.

Note: I only included English-speaking countries, since this article is likely to only come up for those countries on Google.

Therefore, this article won’t be shown on Google to people from countries that don’t speak English.

In Canada they sell:

In the UK they sell:

In Australia they sell:

And in New Zealand they sell:

What is the most popular Fanta flavor? 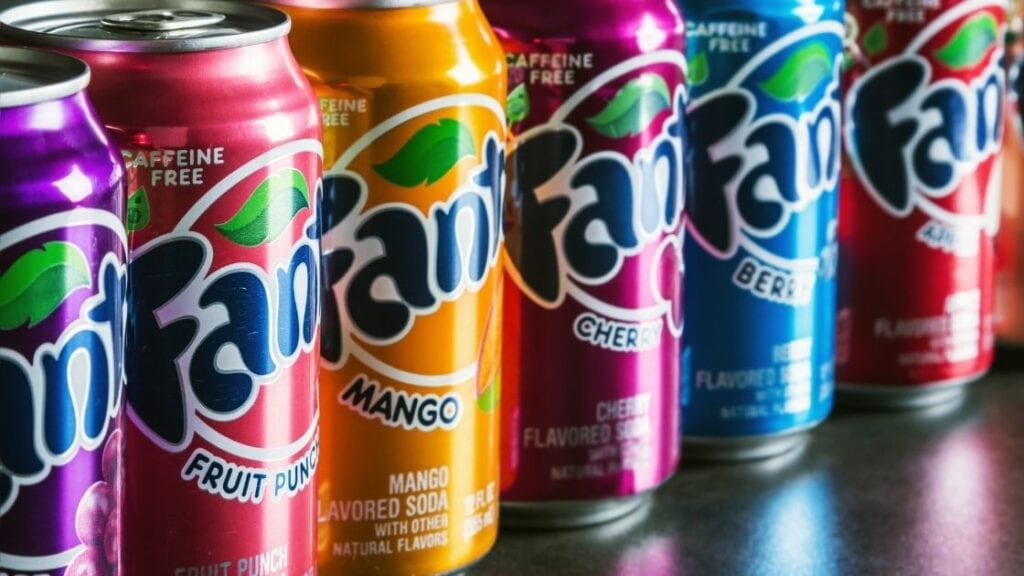 Ranker.com has a survey where people can rate Fanta’s variety of mystery flavors and either vote to move them up the list or down the list.

Based on their results the most popular flavor is strawberry.

Here’s a table that shows what countries these flavors are available in:

Which country has the best Fanta? 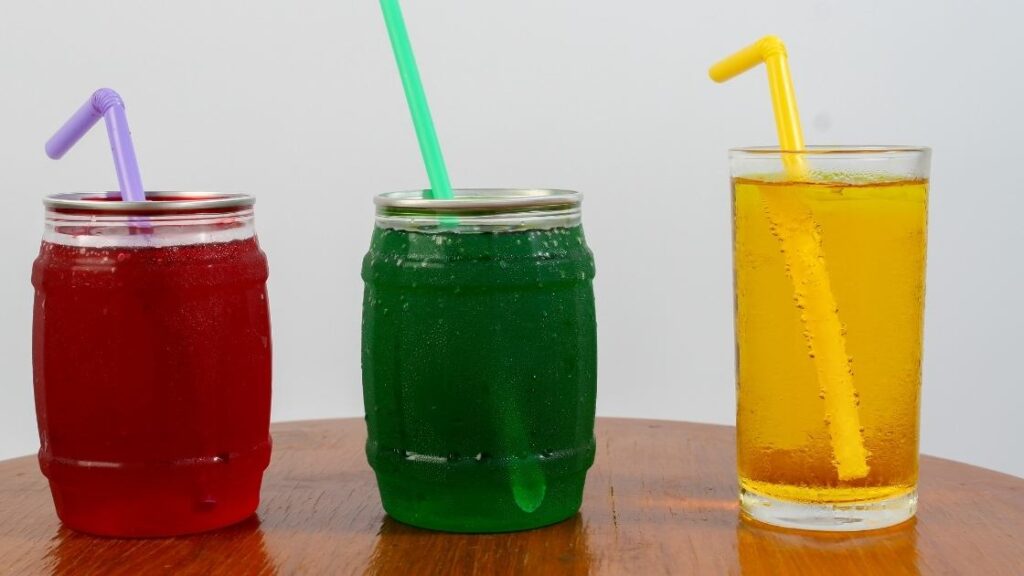 Based on the ratings provided on Ranker.com, where users independently upvote and downvote Fanta flavors, the USA and New Zealand have the best Fanta, which is the strawberry flavor.

Orange (Fanta Orange Soda) is the second most popular Fanta flavor and is available in the USA, Canada, UK, Australia, and NZ.

You could say that each country’s Fanta tastes unique.

Since some countries use glass bottles rather than plastic or cans.

And some countries use sugar instead of high fructose corn syrup.

So, I thought I’d research it further

The results showed that 85% of people couldn’t tell the difference.

Of the 15% that could notice a difference, 85% of them thought that Coca-Cola that was sweetened with sugar tasted better.

Therefore, their results showed that very few people can tell the difference between the two, but when they could, most people found that the sugar-sweetened version tasted better.

According to Reader’s Digest, of the three different types of packaging for sodas – cans, plastic bottles, and glass bottles – glass bottles are the least permeable.

Permeable is where the liquid can soak into the packaging on a microscopic level.

Cans are more permeable than plastic which is the poorest performing.

I haven’t found any blind taste test that compares all of the packaging types.

As you may be aware a soda fountain is what they have at refill stations at fast-food restaurants and gas stations.

Where place a cup under a nozzle, press a button or push the cup against a lever to pour the soda.

But, in the test, they included ice in the fountain soda. In my opinion, this skewed the results.

So, I’ll only discuss the differences they found in taste between canned soda and plastic bottles.

Most respondents could NOT tell a taste difference between canned Coca-Cola versus Coca-Cola packaged in a plastic bottle.

Of the few that did notice a difference, they like the canned version better.

And said that the plastic bottle of Coke had a plastic aftertaste and Fanta Green Bottle as well.

Maybe you could do your own taste test in the future to see what you think!

Here’s a summary of the main points covered in this article:

Green Fanta is a flavor of soda under the Fanta brand that’s made by Coca-Cola.

It was previously sold in the USA but is no longer one of the flavors they sell.

It isn’t available internationally except in Thailand where it’s a mixed flavor that tastes like banana, orange, and pineapple.

And in the USA they sell 9 different flavors.

Fanta flavors have been ranked and it was found that the most popular flavor is strawberry.

However, it’s only available in the USA and New Zealand.

The 2nd highest-rated Fanta is orange and is available in the USA, Canada, the UK, Australia, and New Zealand.