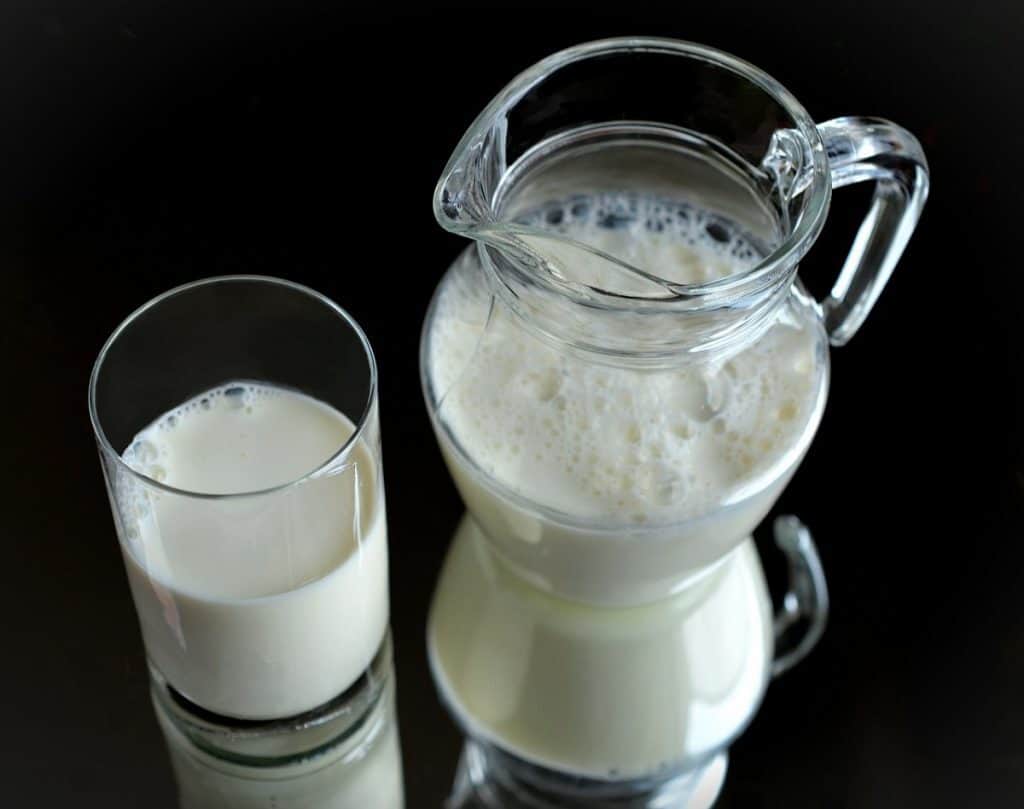 In the hype to determine all of the different beverages that SodaStream machines can add carbonation too, several people have wondered if a glass of regular dairy milk could be given a healthy dose of bubbles.

The logic is fair; plenty of relatively boring drinks taste a lot better when you add a little carbonation.

So can you SodaStream milk?

No, not for general consumption and certainly not for enjoyment.

While it is possible to force carbon dioxide into a bottle of milk using your SodaStream machine, the resulting concoction will be little more than a curdled bottle of milk that tastes foul and which doesn’t have very much fizziness, if any.

The reason for this negative reaction is simply that milk has a number of proteins and other elements that react swiftly to the presence of carbon dioxide.

Adding CO2 gas to milk changes the chemical environment of proteins in the milk, causing them to curdle and coagulate as you add more CO2 gas.

The process becomes a chain reaction as you add more CO2 gas to the mixture.

Even if you were to have enough CO2 gas to burn through all of the proteins in milk, the liquid is thicker than water so you would need a truly exorbitant amount of CO2 to get anything resembling a typical soda fizz.

The likely carbonation you would ever experience from this kind of drink would probably be relatively weak and uninspiring.

Overall, you can SodaStream your own milk but no one in their right mind would do it for drinking!

Why Can’t Milk be Carbonated with Your SodaStream?

To understand why milk can’t be carbonated in your SodaStream, you have to understand the reaction that occurs when you try to force carbon dioxide gas into milk.

The standard SodaStream machine operates by slotting a bottle of liquid into a space beneath a carbonating nozzle, during which point the soda bottle is locked into place and secured for the duration of the effort. 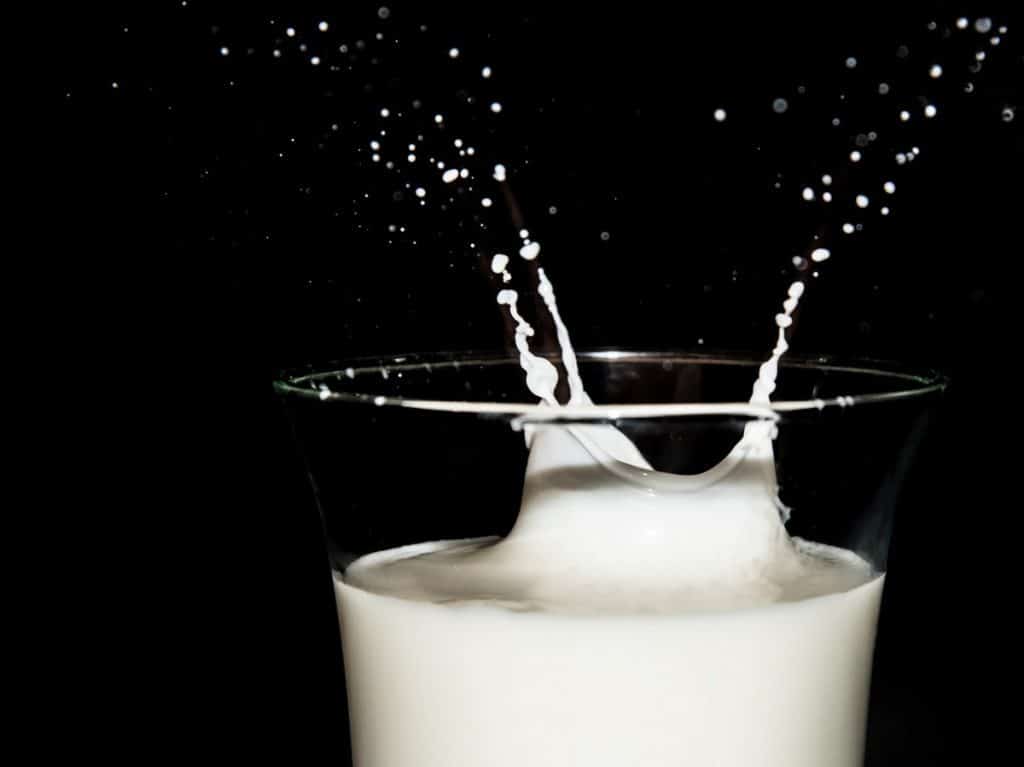 With cold water, carbon dioxide is mixed with a liquid medium where it is weakly soluble. This means that the carbon dioxide separates from the water into a gas form and thus creates bubbles that float in the mixture. Technically speaking, the carbon dioxide becomes carbonic acid during this process.

However, the presence of carbonic acid in milk does more than just alter the taste a little bit. Milk is filled with plenty of proteins that help make up its chemical composition and which give it the nutritional value that we humans enjoy out of each glass.

But the shape and taste of these proteins do not remain the same when they are exposed to carbonic acid. The proteins begin to denature.

This denaturing effect makes the proteins start to curdle or curl back on themselves. As the milk curdles, it becomes thicker and less receptive to carbon dioxide gas as it is becoming less soluble over time.

The resulting beverage is a sour, chunky concoction that will hardly have any fizziness or carbonation at all. Removing such a beverage from your SodaStream machine isn’t likely to give you an appetite or look appetizing in any way.

While you can certainly drink the resulting milk beverage, you’d be hard-pressed to find anyone who volunteered to try it or consume it for fun.

Why Milk is Resistant to Carbonation

Under normal conditions, milk has several proteins that are suspended in a solution of liquid and fat that allow the proteins to remain separate and to float freely and independently.

Since the proteins float around and don’t clump up or fold back in on themselves, a regular glass of milk is thicker than water but it’s not anywhere near a solid.

Since the proteins normally repel each other, they don’t gather into clumps or chunks. But when the pH of milk changes, this acidic reaction alters and the proteins can attract one another.

As the proteins gather and curdle, their very shape starts to bend into more blocky configurations and the proteins become more noticeable and more solid.

Over time, the proteins become noticeable as they start to float in the solution of milk.

This is the beginning of milk curdling, and it’s immediately noticeable as the milk will start to become chunky and thick. It’ll feel a lot more viscous to the touch or taste and the liquid parts of the solution will continue to decline.

In addition, the natural pH of milk means that, even if you were to force a high amount of carbon dioxide into the liquid, it would only start a chain reaction that continues the curdling process and accelerates it overall rather than resulting in a small amount of fizziness.

Milk normally has a slightly acidic pH of 6.6. But the proteins contained in milk have lots of basic side groups. This basically means that the proteins in milk are already primed to become more acidic under the slightest provocation. As CO2 is exposed to the milk and carbonic acid is formed, the carbonic acid itself spreads through the milk and reacts with more of the milk proteins.

The more carbon dioxide you funnel into the milk, the more this chain reaction occurs.

The process will continue until all of the proteins in the milk have been reacting against.

At this point, you may be able to get some slight fizziness out of the milk beverage, but it will likely be relatively weak and not easily detectable by the human tongue. In fact, the bad flavors taken from the milk as a whole are likely to overwhelm any delightful carbonation you’d experience upon drinking the beverage.

In summary, milk’s very chemical composition makes it a poor candidate for carbonation.

Is Curdled/Carbonated Milk Bad For You?

Not necessarily. In fact, curdled milk is used in a variety of different cooking situations and is even sold. Yogurt, for instance, is often made with curdled milk.

On its own, curdled milk isn’t bad for you and can be consumed without any negative health benefits. However, your stomach may not be used to this new version of milk and may react poorly. The taste of curdled milk is a lot different from that of regular milk and is not usually considered to be very tasty by average people. Curdled milk is usually quite a bit sourer than the regular thing. 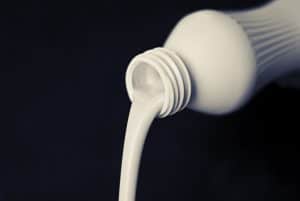 As milk curdles and it becomes harder and thicker, chefs around the world use this process to make various cheeses and yogurts out of the resulting concoction.

Different protein reactions into different bacteria within the milk change the flavor and color of the resulting yogurt or cheese, and this is where all the variety of these products comes from.

The supposition that curdled milk is bad for you stems from a misunderstanding between it and spoiled milk.

Spoiled milk also tastes sour, but this flavor comes as a result of bacterial reactions as various microorganisms have consumed the proteins and sugars inside the milk.

As the bacteria spread, they change the texture and flavor of the milk and can become dangerous if you consume it.

Milk is often spoiled by a particular bacterium called Brucella. This can make you chronically sick and lead to health complications, leading many to assume that any sour milk is necessarily bad for consumption.

Will Milk Ever Become Carbonated in the Future?

It may be possible in the future that some companies or inventors will be able to find a way to develop a sparkling milk drink for common consumption.

However, it will likely require some clever chemical trickery on the part of the developer in order to make the carbonation stick in the milk without starting the denaturing process.

For instance, one idea revolves around carbonating skim milk or fat-free milk. Some Asian markets have sold a fizzy milk drink for many years, although the details of their method aren’t very well known.

These fizzy drinks use a form of yogurt and skim milk, along with several other vitamins and minerals to supplement the beverage, so they aren’t simply adding carbonation to regular milk.

It may also be possible to carbonate water or another beverage and add it to milk without starting the curdling process in some way. But as of now, adding milk to your SodaStream is not recommended.

I’d stick to regular syrups OR you could consider reusing flat soda – check this out for more on that.