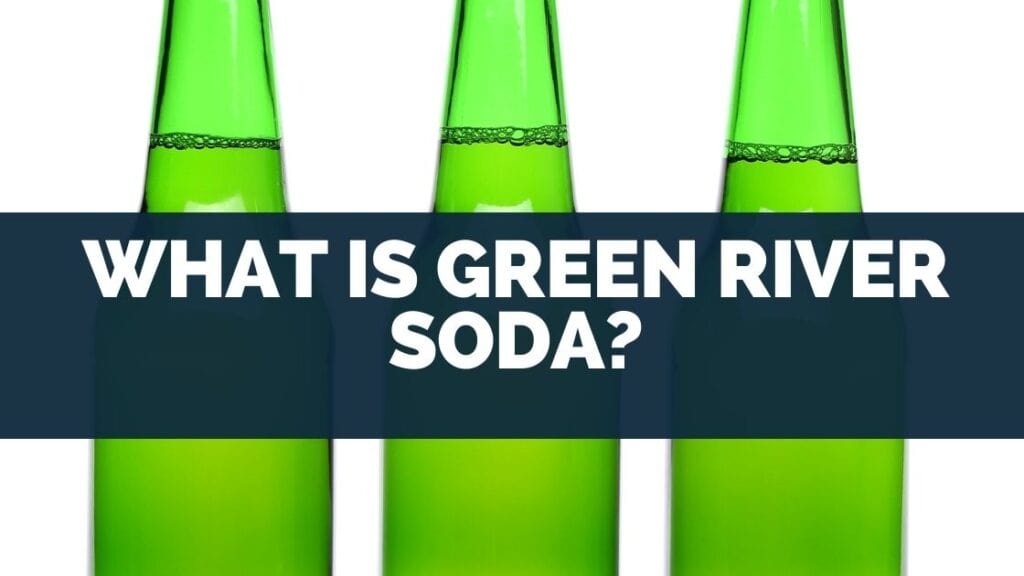 What impressive feat can you do to someone from Chicago without breaking the bank? Please give them a cold bottle of Green River Soda, that’s what.

If you want to know why the Chicagoans love this drink, you are in the right place to discover more about this Chicago pop culture.

Green River Soda is a green lime-flavored drink created by Richard C. Jones of Davenport, Iowa, in 1916 until it made its way to Chicago in 1919 during the prohibition.

Now, over a century later, it has cemented itself as a staple drink in every Chicagoan home, festivity, and event.[1]

In this article, we will discuss the secrets behind the success of this drink, numerous fun facts, where you can buy some to enjoy some midwestern experience, so stick around.

What Is Green River Soda? 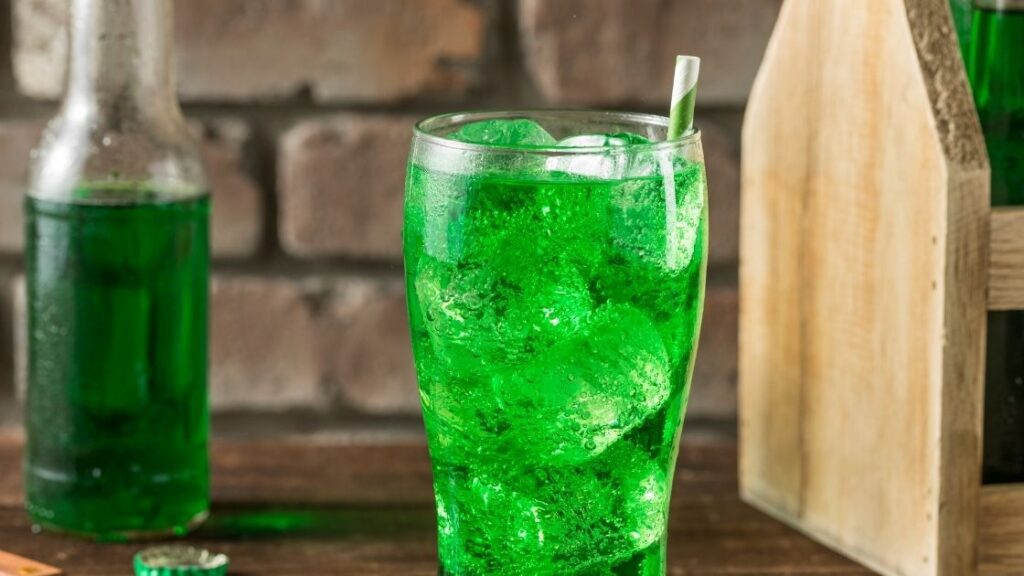 Green River Soda is a sweet soft drink with a lime-tinged taste.

Over the years, Green River Soda has gone through many changes – the first of which was its migration from Davenport, Iowa, to Chicago.

When Jones, who had a confectionary shop, first created the recipe for the drink, he did it to attract more high schoolers to his shop.

The original recipe was a soda fountain syrup you could mix with carbonated water to create a unique drink.[2]

In 1919, right before the Prohibition Era began, he sold his recipe to the Schoenhofen Edelweiss Brewery company in Chicago.

That was the only thing that kept the brewery afloat during the era as it became the second-most consumed carbonated drink in the midwest.[3]

Over the years, soft drink production has been transferred between several manufacturers and is currently owned by WIT Beverage Company.

It has since expanded to include other varieties like Cream, Grape, Orange, and Diet Green River Soda.

Although no one quite knows why Jones decided to name the drink Green River (big guess, it probably had something to do with the color of the drink or bottle), it is a fortuitous event that has made it a big hit with locals and visitors alike on St. Patrick’s Day.

Each year, during this celebration, the lime-flavored drink jumps in popularity and yields about 30% of its annual sales in the four to five weeks surrounding St. Patrick’s Day.[4]

Why Is Green River Soda So Popular? 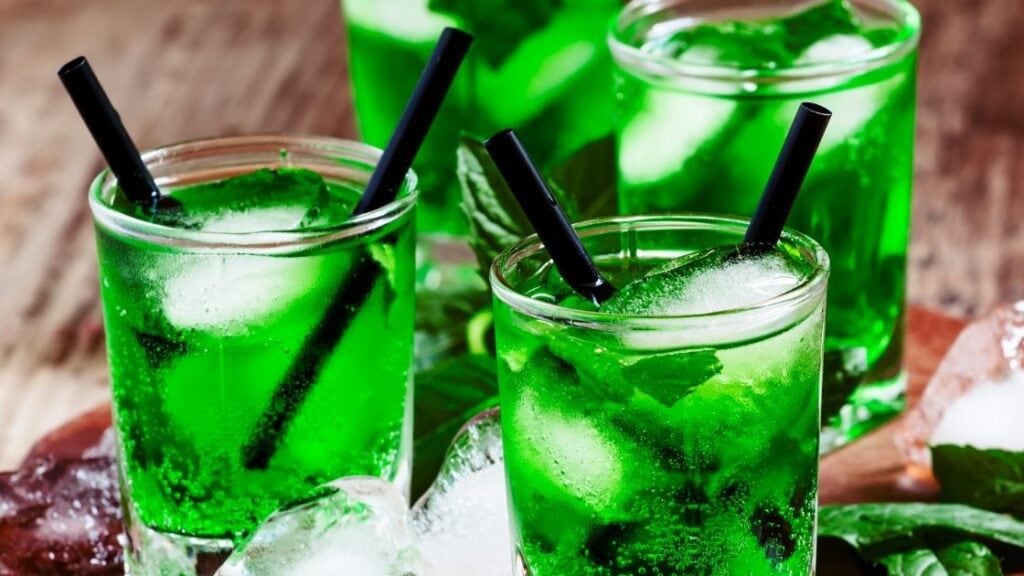 Apart from its longevity in the market, which could also contribute to its popularity, Green River Soda markets its product as a nostalgic item with its history woven in the grains of Chicago soil.

For instance, everyone in Chicago calls soda ‘pop.’ Legend has it that Green River Soda played a significant role in this development.

Back then, soda bottles did not have a cap that sealed but a marble which also served the double function of stirring the syrup that had settled on the bottom of the bottle.

You would have to flip the bottle over to seal it, and the marble would roll to the neck of the bottle, held in place by the carbonated has in the drink.

To open the bottle, you had to forcefully jerk the bottle upwards to cause the marble to fall out.

Each time the marble dropped, the rush of carbonated gas leaving the bottle would make a ‘pop’ sound, leading to the colloquial name for soft drinks in Chicago.

It also helps famous artists like John Fogerty and Al Jolson to have written and recorded songs about the Green River Soda. 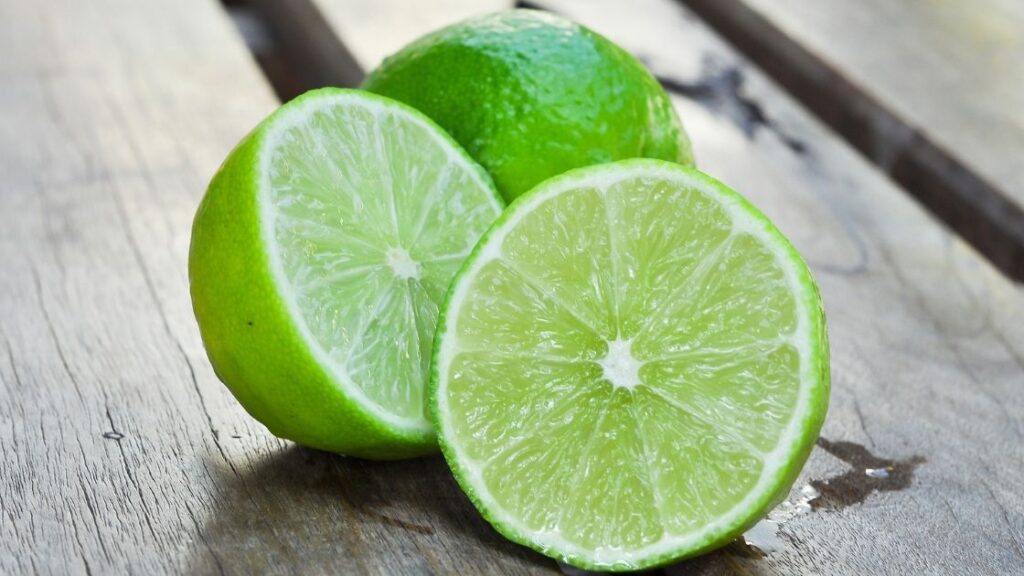 If you are trying to imagine what the Green River Soda tastes like, think of the taste of all the lime-flavored soda you have tasted in your life and then promptly discard it.

The first thing that hits you when you open a bottle is the aroma. It smells green – just like fresh lime.

The bottle label says it is made with natural sugars, which explains why you get a feel of tangy lime tempered with the sweetness from sugar cane.

Although the aftertaste can be a bit sweet, it matches the actual taste of the drink, so you will be hard-pressed to tell it apart.

The drink also has a decent amount of fizziness that keeps the taste fresh on your tongue.

Be careful when taking your first sip of this soda because it has an unexpected kick that will knock you on your butt if you are not careful.

If you are into other lime sodas and would love to explore new territories, then you would find the Green River Soda an exciting place to begin.

Does Green River Have Caffeine? 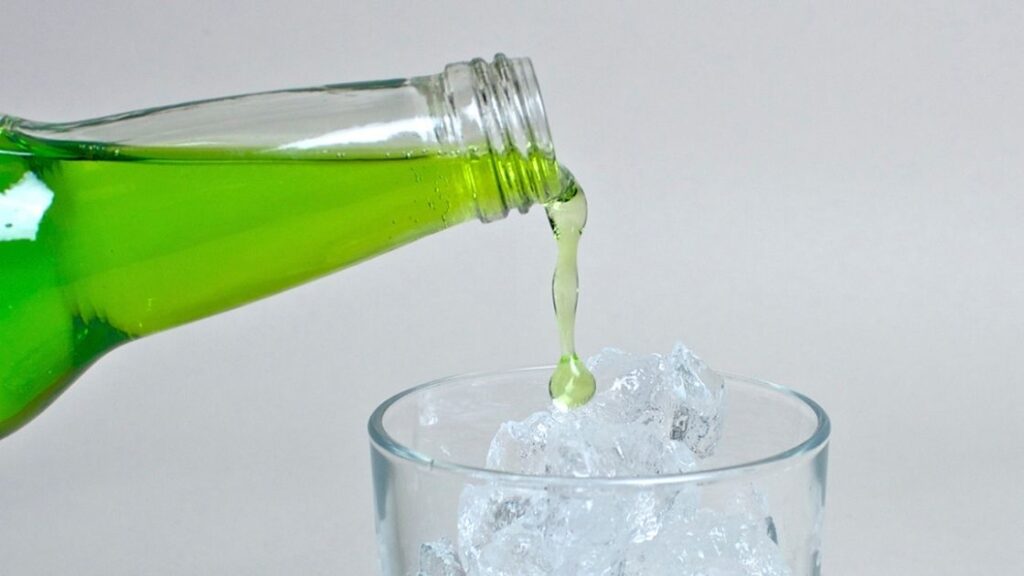 No, the Green River Soda does not contain caffeine.

It boldly emblazons its ‘caffeine-free label and wears it as a badge of honor.

Right on the front of the bottle, underneath the drink’s name, it says “Caffeine-free since 1919,” and that is, quite obviously, the current slogan for the brand.

So everyone of every age and preference can enjoy this snappy lime soda without worrying about the implications of consuming caffeine.

However, you might want to watch how you guzzle down this drink because it contains a whopping 45g of added sugars.

For health nuts concerned about the number of calories theft would be consuming with one bottle of Green River Soda, here is the nutritional info on the drink.[5] 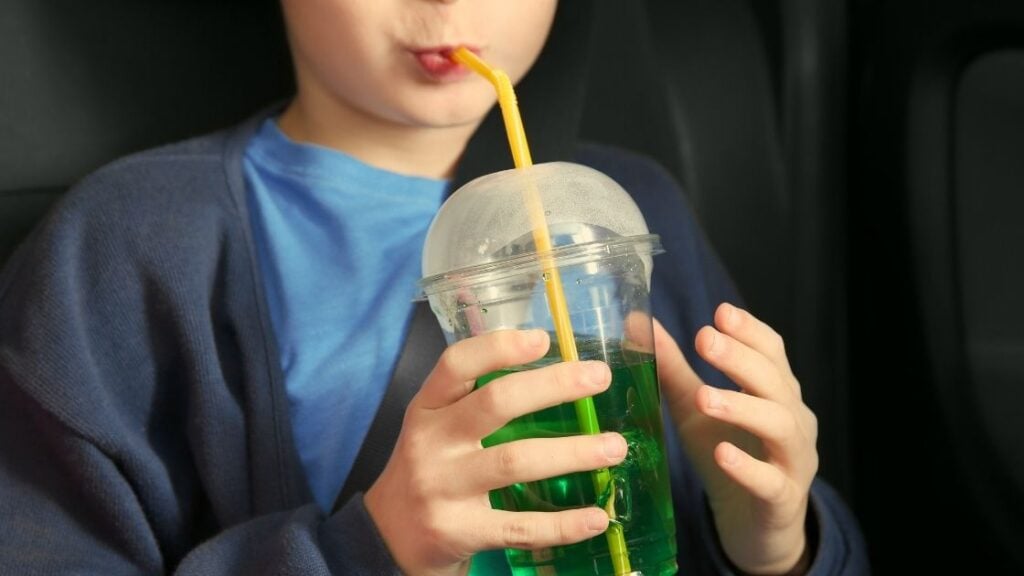 Yes, the Original Green River Soda is still in circulation.

Although, as more companies bought into the franchise, there have been some quicking fading in and out of other popular drink flavors.

However, any store in Chicago worth its salt will indeed have a stock of Green River Soda waiting eagerly for the following enthusiastic buyer that walks into the store. 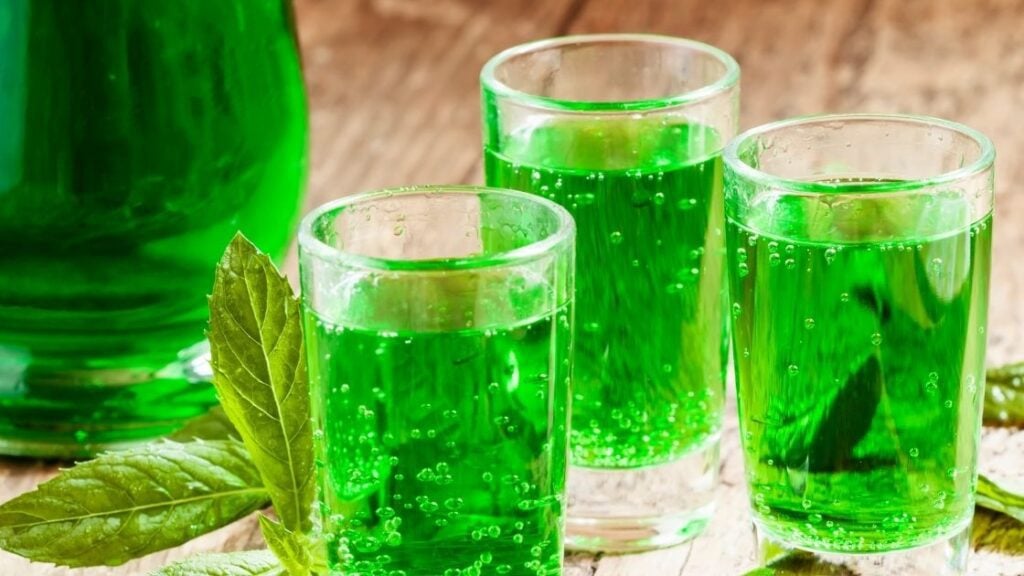 What can you make with Green River Soda?

Asides from drinking Green River Soda straight from the bottle, you can also use it as a mixer for various alcohols.

Will a Green River Soda mess up my diet?

However, there is a diet soda alternative in the Green River Diet Soda market for people who want to enjoy the drink with less sugar and calories.

Where can I buy Green River Soda?

If you happen to find yourself in Chicago, pop into any convenience store or market to experience a taste of culture.

Those outside the city can still order packs of deliciously refreshing soda from online stores like Amazon and Walmart.