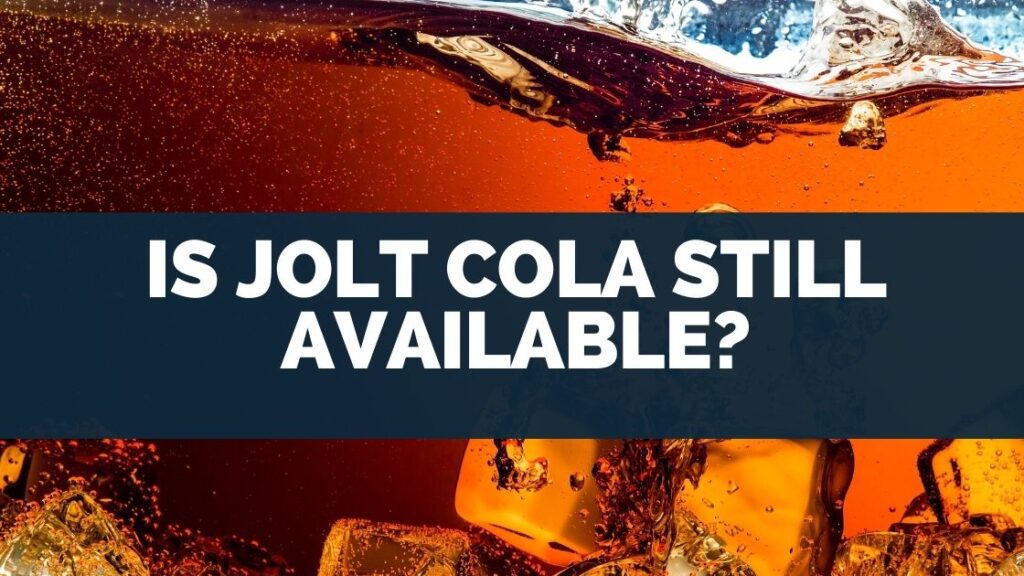 Are you curious to find out if Jolt Cola is still available and where you can find it?

Whether you are an energy drink fan from the ’90 or curious, this article will tell you all there is to know about Jolt Cola.

Jolt Cola is a carbonated drink produced in 1985 by The Jolt Company Inc. and created by C.J Rapp.

The company went bankrupt in 2009 and stopped production.

In 2017 was reintroduced to the market through Dollar General Stores and Amazon.

In 2019 production stopped again, and no stock of jolt cola remains available at Amazon and Dollar General stores.

Jolt Cola still has many devoted fans. Despite the big competition, it has remained around for over two decades.

Here below is the whole story. (source)

Why Did Jolt Soda Fail? 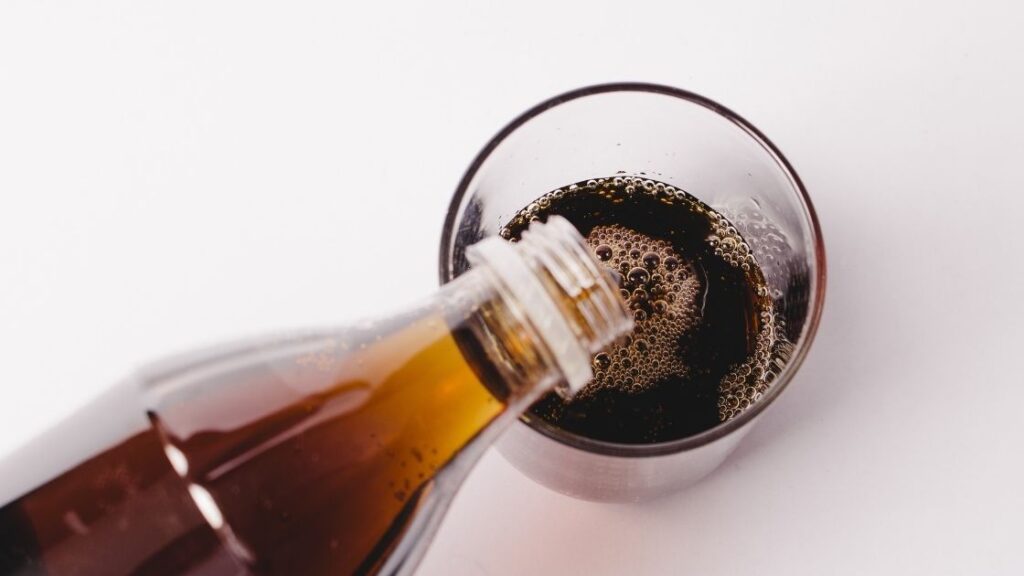 When Jolt Cola came out for the first time in 1985, produced by The Jolt Company, Inc. of New York.

The positioning of this highly caffeinated soda was contrary to the trends at that time.

In fact, big companies like Coca-Cola and others were going in the direction of less sugar, less caffeine, and healthier drinks like Diet Coca.

Jolt, instead, positioned itself like a drink with a lot of grams of sugar content and a lot of milligrams of caffeine.

Their slogan was “ All the sugar and twice the caffeine.”

The creator of this Cola wanted to target young people or workers who needed to stay awake to complete studies or work, using the Jolt Cola to get a bust in energy.

The slogan worked, and Jolt Cola became successful for many years until 2009 when it filed for bankruptcy.

The reason for it is the dispute with their can supplier Rexam.

Jolt cola’s company agreed to buy 90 million cans from them.

However, due to the recession, the agreement could not be kept resulting in Jolt’s failure.

There is more to it.

In fact, in 2008, C.J. Rapp, the founder of Jolt Cola, sold part of his controlling interest to Emigrant Capital.

This move made C.J. Rapp become a minority shareholder.

Consequently, in 2009, C. J. Rapp was removed as the CEO of the Jolt company, and just a bit later, they filed for bankruptcy.

Shortly after that, Jolt Cola came back on the market in 2017.

Unfortunately, it was discontinued in 2019. (source) 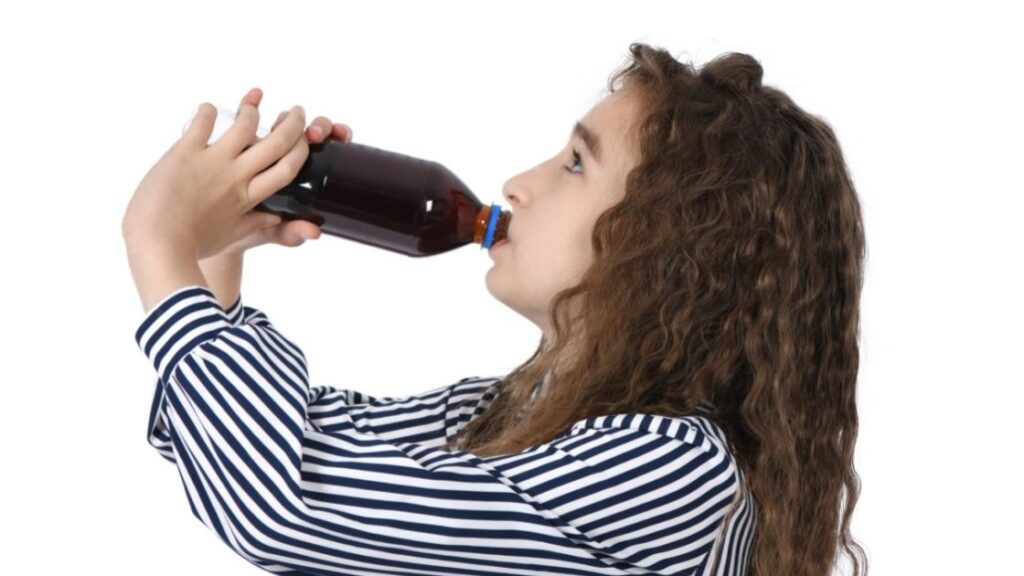 Jolt Cola has made its high sugar and caffeine content the main advertisement slogan.

It is even written onto the can for everyone to read.

But how much caffeine is high or too much?

Jolt had to comply with FDA regulations while advertising their product has twice the caffeine amounts.

At the same time, other companies were reducing their real sugar and caffeine content to abide by a market that was paying more attention to health issues.

What is inside Jolt Cola?

Here are the Jolt Cola’s ingredients in a 16-Ounce Can:

How does it compare with the rest of the soft drinks?

Even though Jolt Cola kept being true to its claims of caffeine content and sugar, due to market trends and increased customers searching for soft drinks with less sugar.

Jolt had to adjust and create a low-calorie version beverage.

It was called Jolt 25, which meant that there were only 25 calories per 12 fl oz. (source)

How Much Caffeine In Jolt Cola Can Exist? 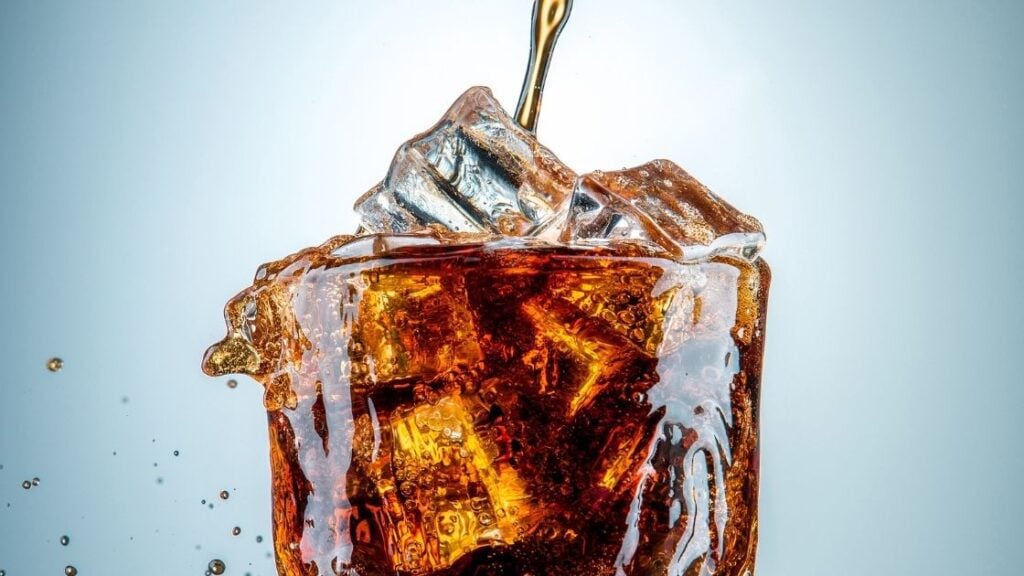 A can of Jolt Cola is 16 fl oz, and it contains 160 mg of caffeine, equivalent to a Starbucks caffe latte or cappuccino.

It has a much higher caffeine content than other soft drinks and is similar to energy drinks like Monster or Rockstar.

This Cola made no mystery that their product was intended for people who wanted to get a caffeine bust and needed the extra energy to stay awake longer.

Not everyone liked the positioning of this product among caffeinated beverages.

For example, some health experts were upset about the double dose of caffeine.

The Nutrition Action Health Letter ( a science publication ) has gone openly against the product, indicating it is unhealthy because of its caffeine content.

They went even further by nominating the creator of Jolt energy Cola for a “ persona niche in the nutrition hall of shame.

However, Jolt Cola’s founder clearly stated that they intended to create enjoyment and pleasure with a soft drink.

In his view, the industry had become too severe and saturated with too many adverse effects associated with soft drinks.

He wanted to bring back the fan with a drink that would go against that trend. (source)

Is the caffeine content in Jolt Coca excessive? is it a highly caffeinated cola?

Is it worse than drinking a cup of coffee? Here is a comparison with popular coffee: 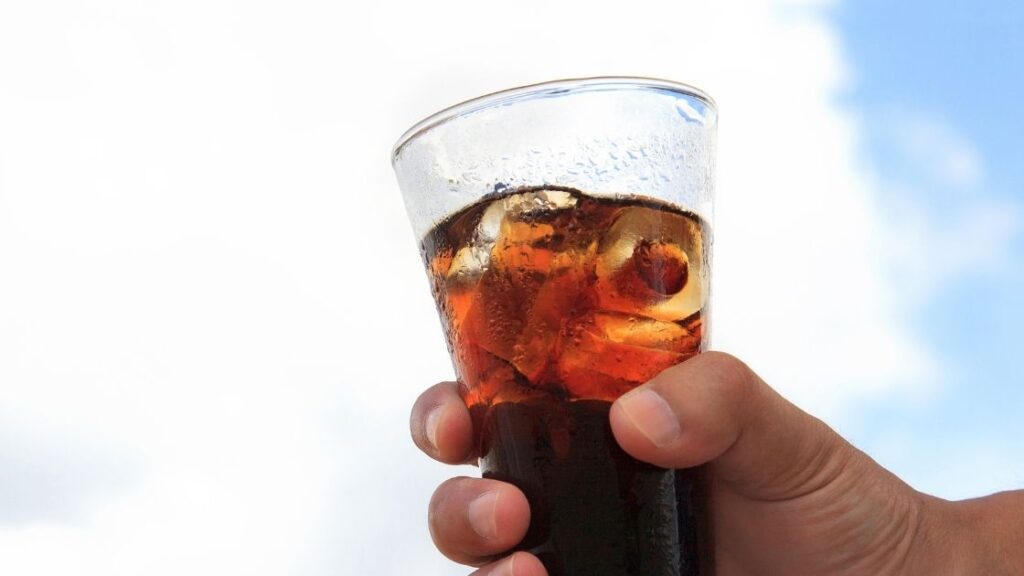 Here are some of the most frequently asked questions and answers:

Do They Still Make Jolt Cola, and Can We Buy It?

Jolt Cola was shortly available between 2017 and 2019 at Dollar General, Casey’s General Store, and Amazon.

Since March 2019, You can’t order jolt Cola from Amazon as it is always “unavailable,” and you can’t find it in stores.

C.J Rapp is known for creating Jolt Cola, a drink with high caffeine content, and the decision to make a product that openly opposed the market trends of that period.

He graduated from the Mcquaid High School in Rochester, New York, and was also a sociology major at SUNY Potsdam.

At that point, he noticed that students needed a beverage to help them stay awake to complete research projects or studies.

From there, he started to work on the creation of Jolt.

Jolt Cola tastes like coke but with a little less sweet taste.

They do not use fructose corn syrup like regular colas but cane sugar, which could be the reason for it. (source)