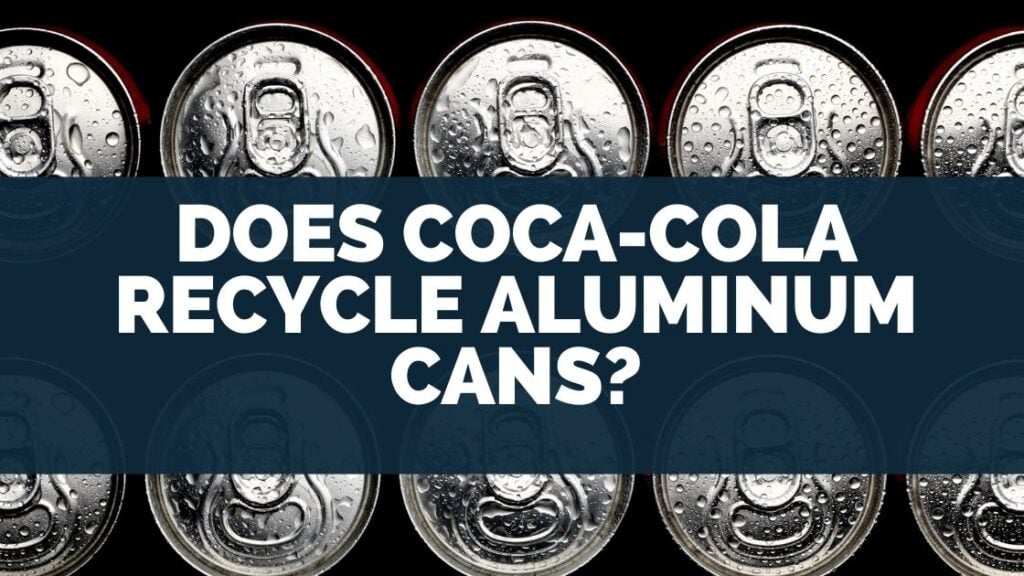 Coca-Cola’s prominence speaks for itself.

However, with daily sales of up to 1.8 Billion, the concern becomes whether the aluminum cans find use to support environmental sustainability (source).

Luckily, this article will offer an in-depth look at this sensitive topic.

It takes about 60 days for the used cans to reappear back on shelves.

The cans may repeatedly face meltdown and recasting without requiring new additional materials.

The last point about repeated use solidifies the argument for cost-effectiveness in material acquisition.

Besides discussing Coca-Cola’s take on recycling its cans, this article will also cover how consumers can get involved in the recycling process.

Can Coke Cans be Recycled? 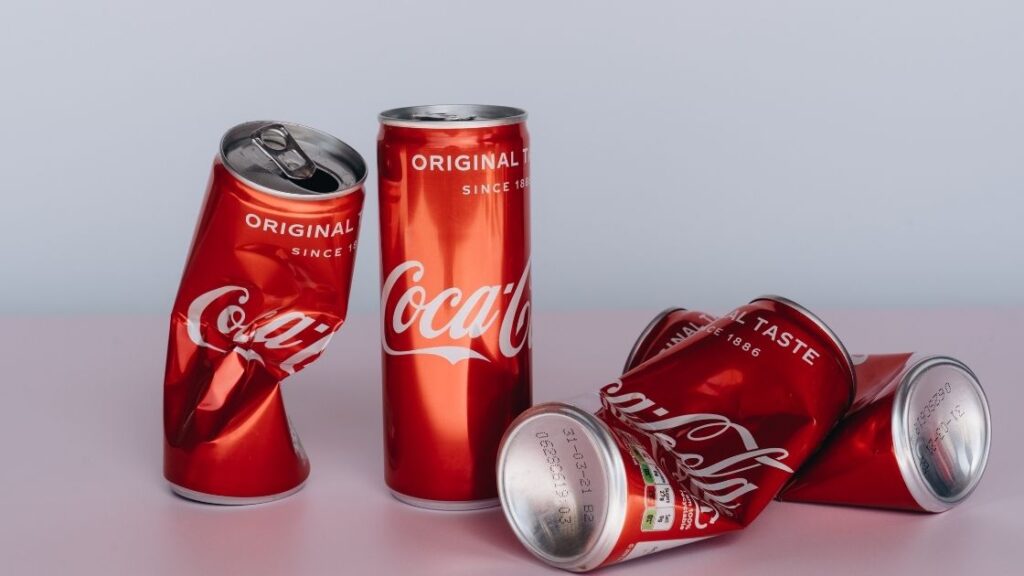 For humans and other life forms to survive, it’s necessary to have environments and ecosystems that are ‘healthy.’ If this is to happen, several measures need consideration.

Recycling identifies as a great way to support environmental sustainability in the long term.

This process reduces waste, and it also conserves energy.

Other than that, ten times more energy is required when producing virgin aluminum using bauxite than using sand for manufacturing glass.

It involves the same amount (a tonne) of both materials.

When producing aluminum cans from recycled material, only 8% of energy is required when compared to using virgin aluminum (source).

Coca-Cola takes pride in the recycling process, especially since it only takes about 60 days for the cans to be back on the shelves.

In comparison to glass, facilities for recycling aluminum cans are easier to find.

Interestingly, 75% of aluminum ever produced is still being used today (source).

It proves how easy it is to recycle the material.

A unique feature of aluminum is its ability to be repeatedly recycled and still retains its initial strength.

Also, the material is light in weight, allowing ease of transportation.

Both its weight and strength ensure safe distribution.

For Coca-Cola, this recycling process is more economical as both emissions and transportation costs reductions occur.

The company works together with its suppliers to ensure the closed recycling loop is maintained, which inches closer to a packaging future that is more sustainable.

Do You Have to Rinse Soda Cans Before Recycling? 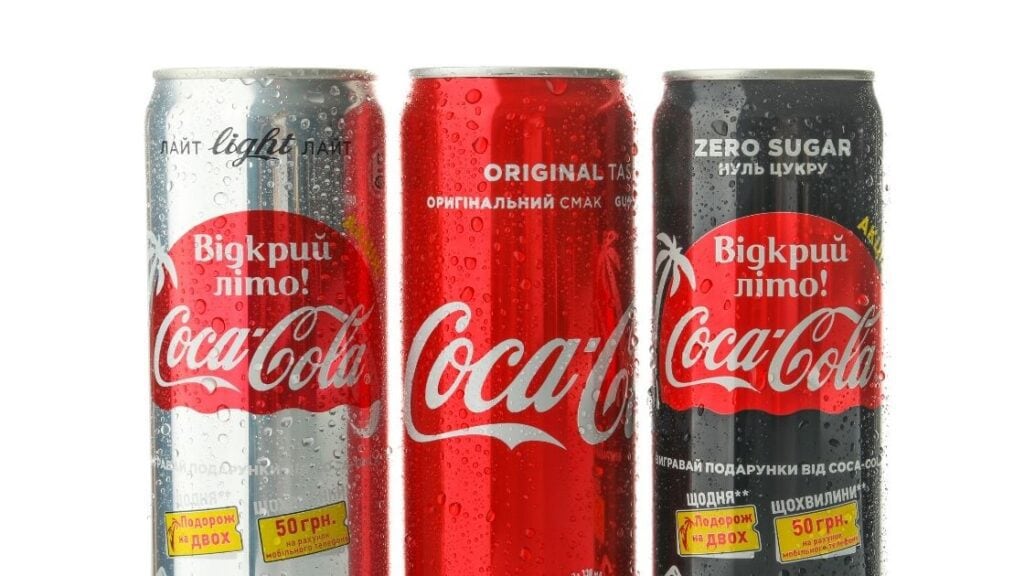 The recycling movement is one extensively discussed.

In a move to protect the environment, conversations about recycling have gone beyond the act of recycling to how to recycle items properly.

Overlooking the right way to recycle will be more of a setback than progress.

With cans of food, for example, what you put into the recycling bin matters.

An empty food can will be appreciated, while half-full food cans will prove detrimental.

When these food items spill on all materials bound for recycling, the entire batch faces destruction.

It supports an environment where the growth of mold and the presence of pests like rats and insects is inevitable.

In the same way, liquids pose a risk to the recyclables.

Mixed recycling refers to mixing different materials such as paper, plastic, and metal in one bin.

These materials are transported to an MRF (Material Recovery Facility), mixing with other recyclables.

Liquid spills will damage these items.

High contamination levels will lead to the recyclables facing rejection.

The unideal situation will cause the items to be sent to a landfill instead.

It begs the question, should soda cans be rinsed before recycling?

Yes, a simple rinse is necessary—no need to take out the sponge and dish soap.

Fill the can or bottle with water, shake and swish around to remove any remaining residue on the sides.

Finally, ensure no water remains in the containers.

We recently celebrated the 51st anniversary of World Earth Day on April 22nd.

This year’s theme was ‘Restore Our Earth.’ Part of this involves avoiding the extraction of steel, oil, and aluminum from the earth through proper recycling.

Can I Crush My Cans for Recycling? 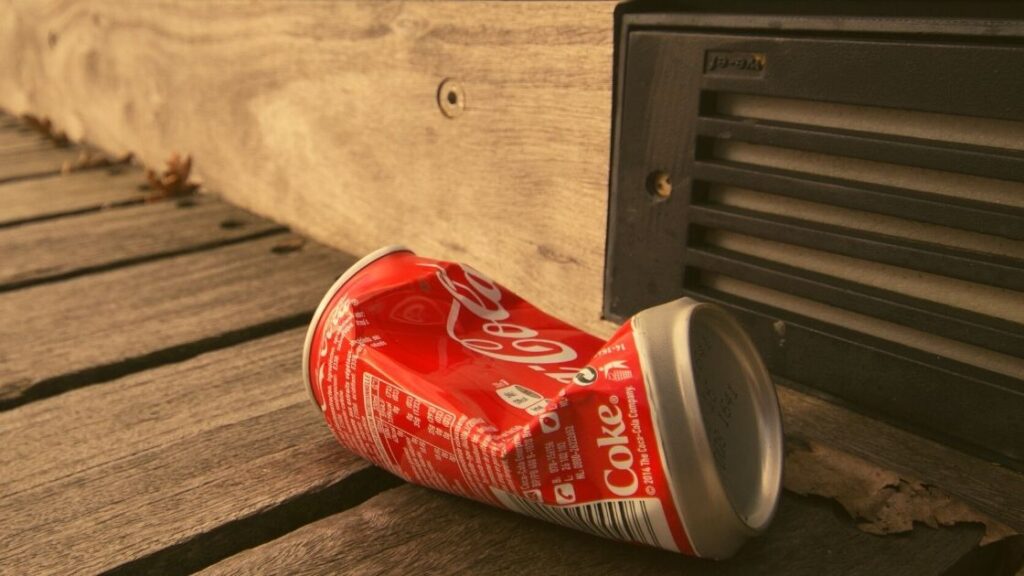 In support of minimizing the issue caused by packaging waste, Coca-Cola made an ambitious pledge in 2018 that would affect the United States and the world.

The commitment that is still in the works consisted of three main agendas.

The first goal is ensuring 50% of its packaging materials fabrication happens using recycled content by 2030.

Secondly, they intend to make sure collection and recycling of cans or bottles sold by 2030.

Lastly, it is ensuring that by 2025 all of its packaging material is fully recyclable.

Additionally, the company has gone further to donate recycling bins in public spaces to many communities worldwide.

It is a move that has ensured recycling measures are upheld away from home by offering convenience and access.

The company has gone further to encourage both suppliers and consumers to get involved in the recycling movement.

A question, however, that remains in the mind of consumers is if you should crush the cans for recycling.

The honest answer is that crushing cans before recycling them is highly discouraged.

Many believe this act supports the recycling process when the opposite is true.

It may cause items not to be recycled.

He further explained how most of the sorting facilities for recycling mix all the rubbish collected then begin sorting.

The sorting process depends on the shape and material of items.

Once a can is crushed, it loses its standard shape, which may cause the machine to overlook it.

In turn, it could end up in a pile for non-recyclables.

The worst-case scenario is that it may be mistaken for cardboard and mixed with papers. 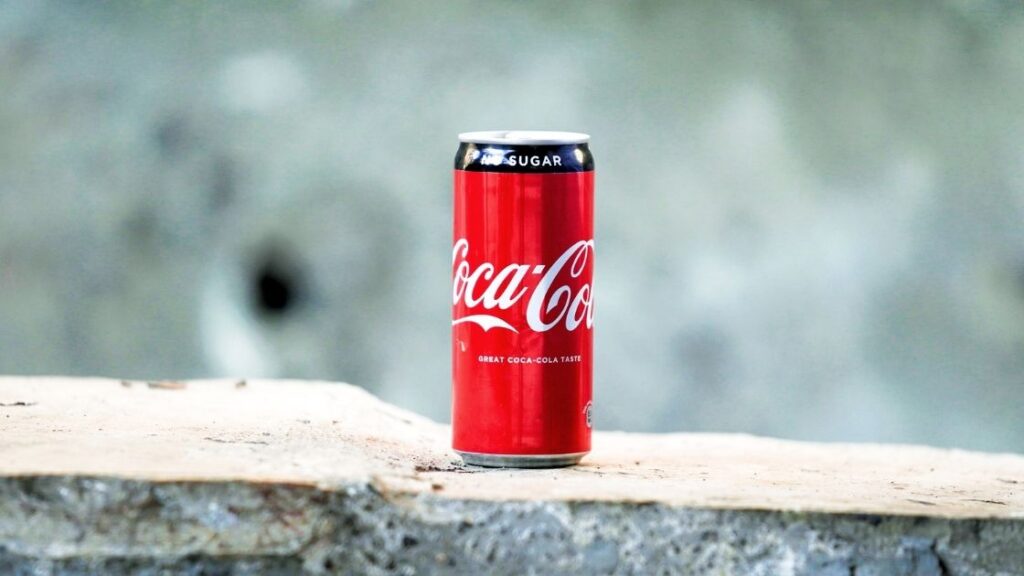 Coca-Cola continues to live by its words of ensuring its packaging materials are environmentally friendly.

It has the intention to shift its packaging materials to paper.

In 2020, the company unveiled its prototype (source).

The paper shell, however, is still dependent on plastic as a closer and as a liner.

The company still intends to come up with a paper bottle that doesn’t require a plastic liner.

Like every other food packaging, the company plans on adhering to high quality and safety standards.

By recycling aluminum cans, plastic bottles, and incremental innovation of paper bottles, it is clear that the billion-dollar company remains committed to creating sustainable packaging materials.

Which cans and bottles can be recycled for cash?

When it comes to Coca-Cola, always remember that you can recycle these packaging materials in exchange for cash.

The material is known as PET, short for polyethylene terephthalate.

Research your local area and establish which containers are accepted by the CDS.

Does Coca-Cola recycle all its products?

87% of the company’s products are recyclable.

It is an increase from 85% in 2018. In other countries, the company utilizes 25% of recycled materials in its cans and bottles.

Additionally, there are three countries where plastic bottle fabrication occurs using material that is 100% recycled.

How has Coca-Cola supported the environment?

The company replenishes the water it uses.

It pledged to return a drop of water for every drop it took from the environment for its processes and products.

It accomplished its goal in 2016, which was earlier than its initial 2020 target.

Coca-Cola has also made its packaging materials recyclable.

Not only does it reduce litter, but it also increases recycling rates.