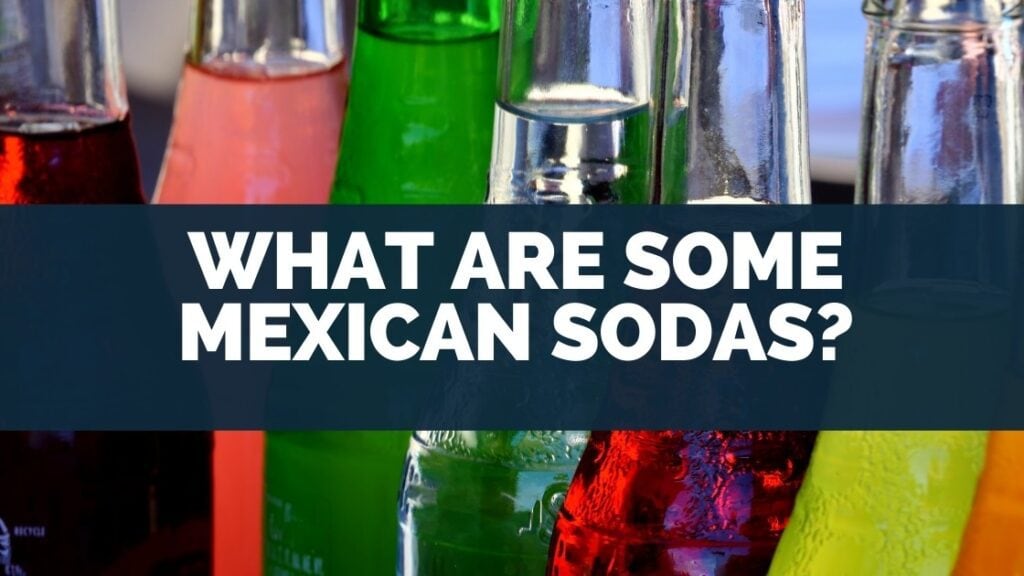 I like trying sodas from different countries, and wondered what Mexican sodas there are.

I did a little research and here’s what I found.

So, what are some Mexican sodas?

The following are Mexican soda brands:

These were invented in Mexico, however, there are also many Latin American sodas that are sold in Mexico, and most of the well-known brands are available in Mexico.

As you can see, there are only a handful of Mexican sodas.

But, some sodas that were Mexican have been sold to big-name companies like Coca-Cola and are now distributed by them.

So, I’ll break down what the most popular soda in Mexico is, information on the individual brands, what Barrilitos Mexican soda is, the different Barrilitos soda flavors, and where you can buy Barrilitos Aguas Frescas.

What is the most popular soda in Mexico? 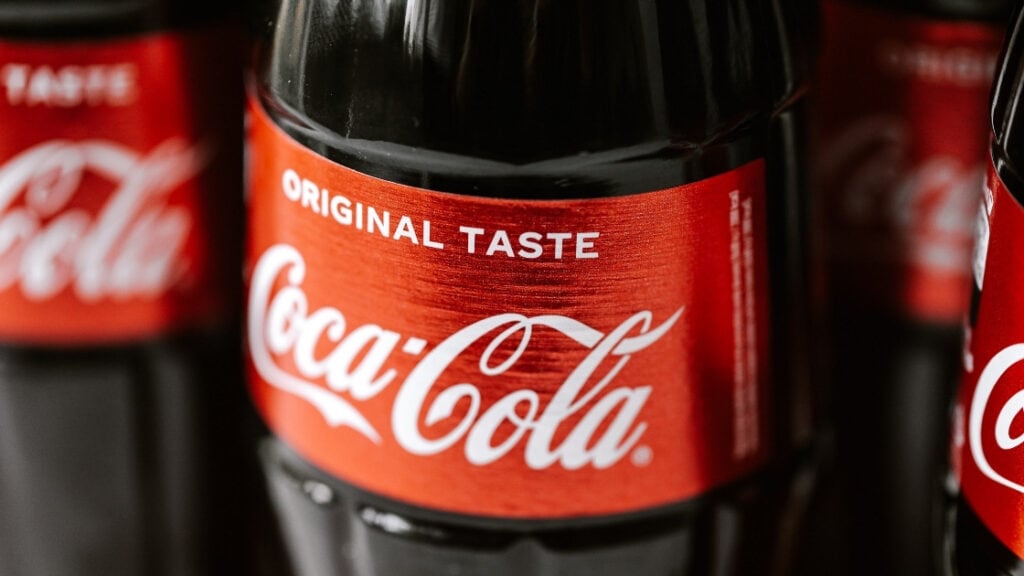 The most popular soda in Mexico is Coca-Cola, according to Statista.

They state that the biggest beverage brand is Coca-Cola, and Coca-Cola’s most popular soda is Coca-Cola Classic.

PepsiCo is the next largest beverage company in Mexico and sells about 25% of the volume that Coca-Cola does.

Here’s a table which shows the biggest beverage companies in Mexico:

As you can see the biggest soda by far is Coca Cola and makes up over half the beverage sales in Mexico.

PepsiCo is the second largest beverage company in Mexico and the soda they sell the most of is Pepsi, followed by Mountain Dew.

So, the top three sodas in Mexico are:

Interestingly, this is very similar to the biggest soda companies in the USA.

Here’s a table showing the biggest soda companies in the USA:

From the data above you see the similarities between the USA soda market and the Mexican soda market.

Where both have Coca-Cola and Pepsi in the top 2.

Nescafe, however, doesn’t sell sodas and only sells coffee. 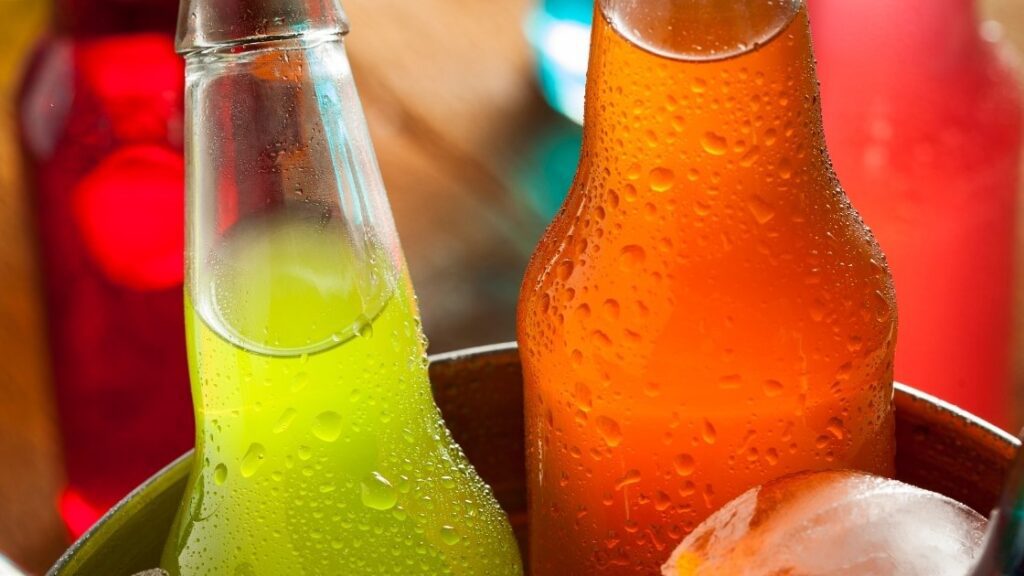 There used to be a soda called Barrilitos that came in a few flavors and was available at Walmart, as shown on this Walmart product listing.

However, it appears to have been discontinued as it’s no longer available.

And there isn’t any information available about it on the internet.

Barrilitos Agua Fresca is a drink company owned by Coca Cola as shown in this press release on the official Coca-Cola website.

Agua fresca is a traditional drink in Mexico, Central America, and parts of the USA, according to Wikipedia.

It literally translates as ‘cool water’ and is traditionally made with a mix of ice, water, fruits, seeds, cereals, flowers, and sugar.

There’s also a drink with a similar name called Ron del Barrilito, which is a high-quality rum that originated in Puerto Rico.

The similarity in name comes from the fact that Barrilito in English means ‘little barrel’ and is a type of clay pot that’s used to keep drinks cooler for longer. 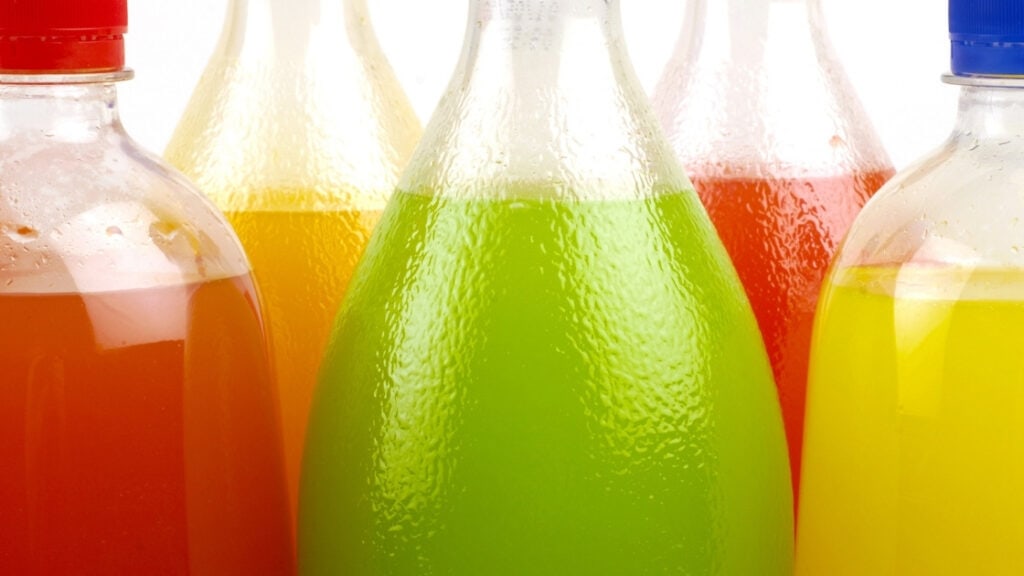 Coca Cola’s Barrilitos Agua Fresca is made in a range of non-carbonated beverages and they make the following flavors:

Where to buy Barrilitos Aguas Frescas? 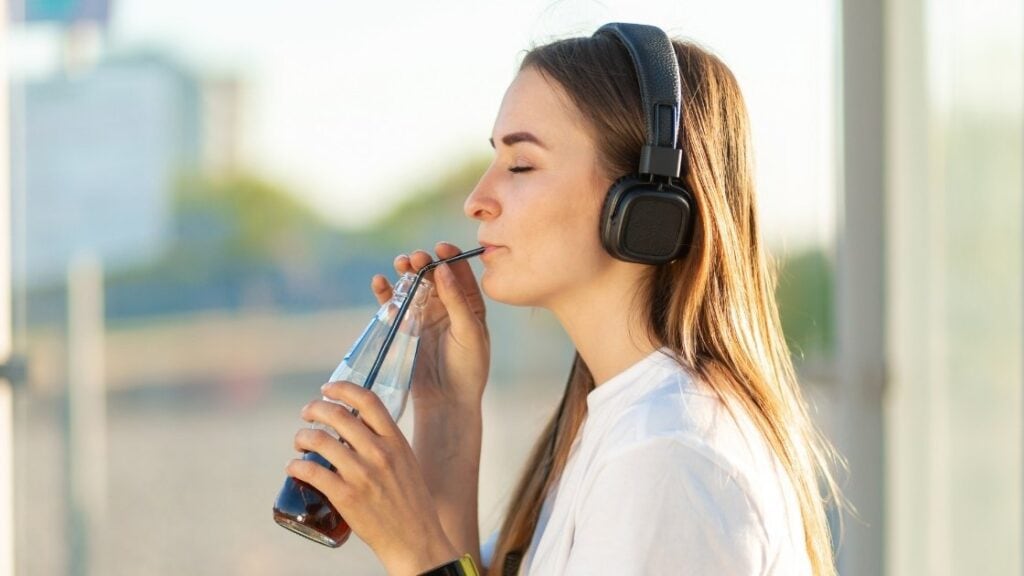 You can buy Barrilitos Aguas Frescas at:

It isn’t available at big supermarket chains like Walmart, or online on Amazon. 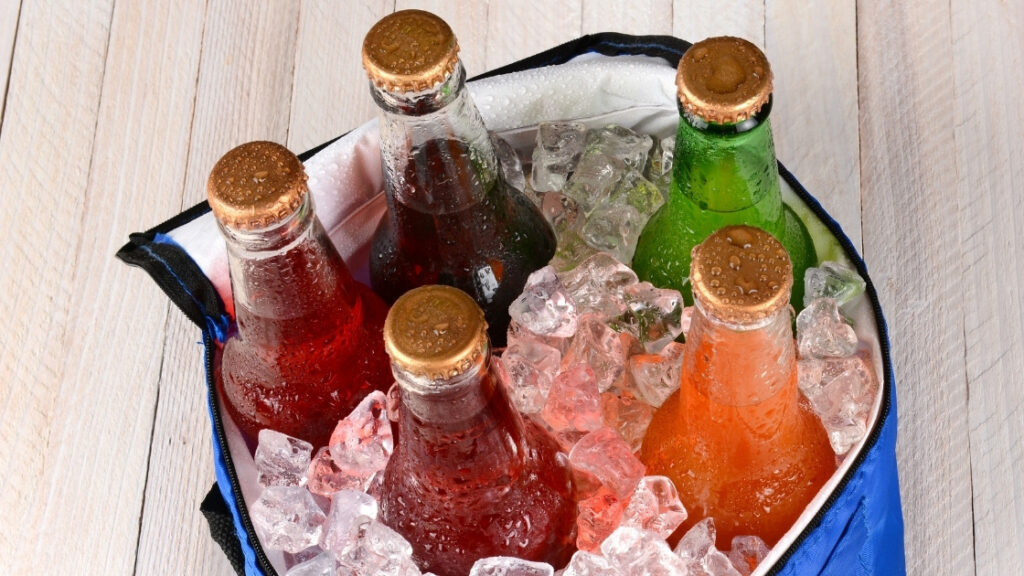 Jarritos was invented in Mexico in 1950 and is, therefore, a Mexican soda.

It’s now owned by the Mexican food and drinks company Novamex, and it’s listed as one of their brands on their official website.

I recently wrote an article about the Jarritos brand in-depth, and what flavors they have, which flavors are the best, where you can buy it, and more.

You can read that article here What Is Jarritos Mexican Sodas?.

What are the ingredients of Jarritos? 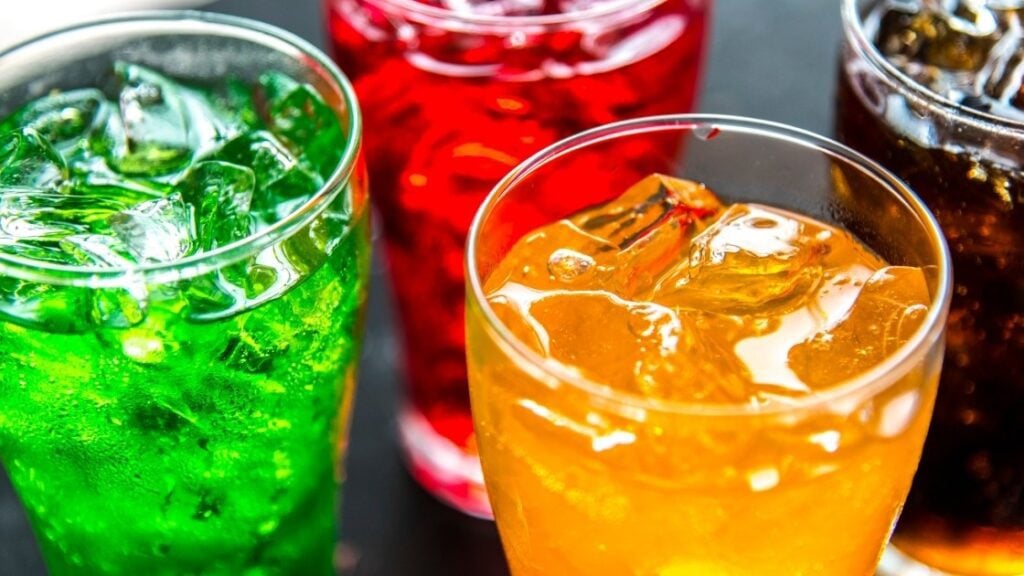 These are the ingredients in Jarritos Mandarin shown on Soda Popstop.

But, each flavor has slightly different colors.

Is Fanta a Mexican drink? 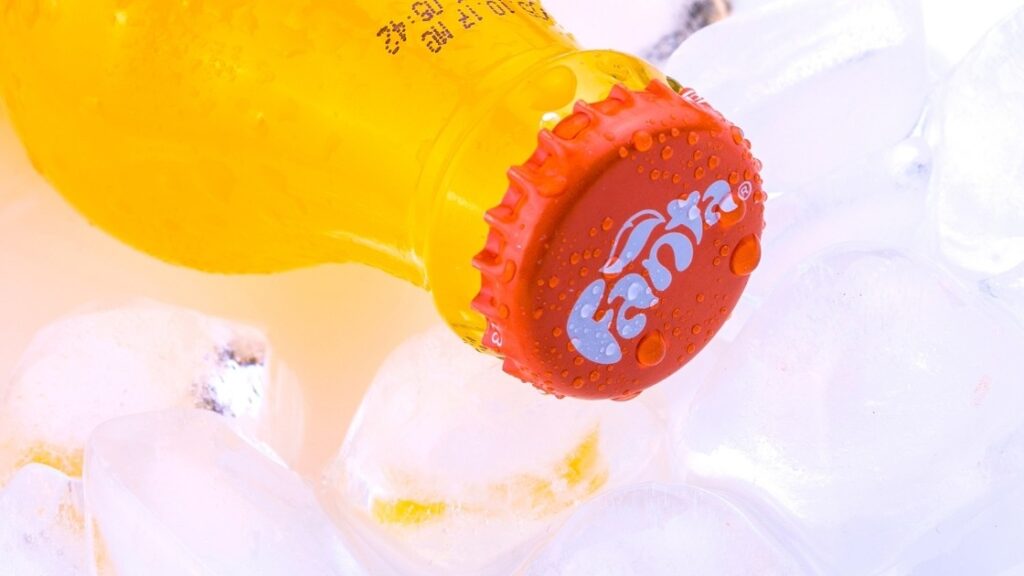 According to Wikipedia Fanta was invented in Germany.

Therefore, Fanta is not Mexican.

They say that Coca-Cola had a bottling plant in Germany, but during WWII it was difficult to import the syrup to make Coca-Cola.

So a man who worked for Coke at the time invented a new syrup which became Fanta.

This story is also mentioned on an official Coca-Cola website here.

It says that the name Fanta is a shortened version of the German word ‘fantasie’.

Which as you may have guessed is German for the ‘fantasy’.

Fanta comes in a range of flavors and not all Fanta flavors are available in every country.

I recently looked at all the different Fanta flavors, which ones are the most popular, and where you can buy them in this article.

Definitely check it out here, What Is Green Fanta?.

Is Sidral a soda? 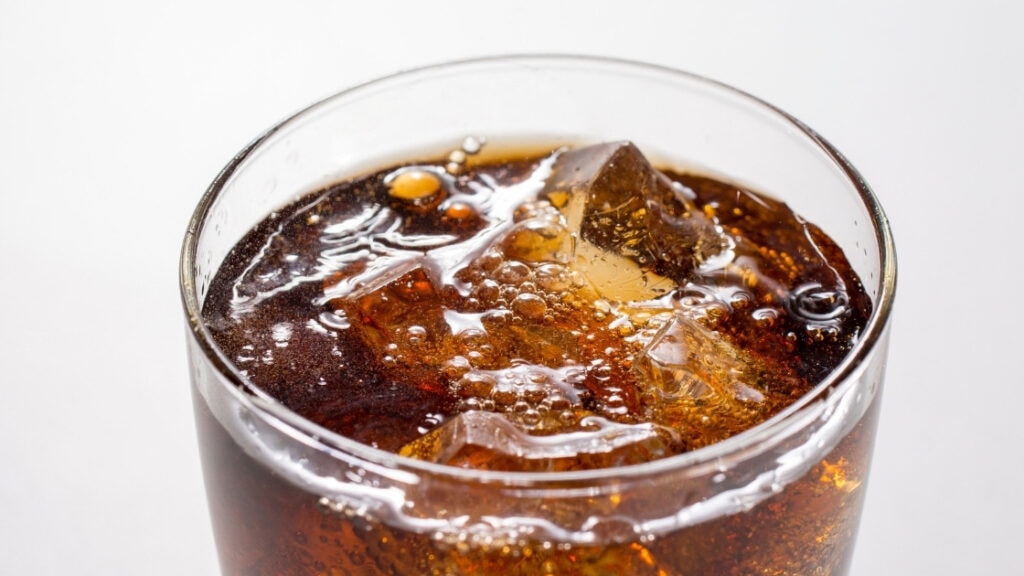 Sidral Mundet is a soda, and is one of Mexico’s oldest sodas.

It was invented in 1902, as stated on their official website.

They come in two flavors: green apple and the original apple flavor.

It’s sold in both bottles and cans and it was the first soda to ever be invented in Mexico.

Sidral Mundet is listed on the official Novamex website as one of their brands, together with Jarritos which is another Mexican soda.

To summarise this article here are the main points I covered:

There are a handful of Mexican sodas that are sold today, however, some brands have come and gone over the years, and have been bought by various companies such as Coca-Cola.

The most popular sodas in Mexico are:

Coca-Cola sells the most soda by far compared to other companies and sells over 60% of the sodas consumed in Mexico.

The next biggest company is PepsiCo and which produces 13% of the sodas sold in Mexico.

In the USA Coca Cola is only responsible for around 40% of the soda market.

Pepsi and Keurig Dr. Pepper make up another 40% with the remaining 20% consisting of smaller soda companies.