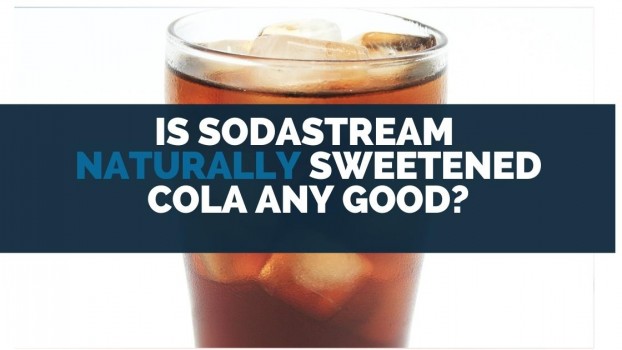 I’m a little curious about whether Sodastream Naturally Sweetened Cola syrup is any good, and what it tastes like when compared to regular colas.

So, is Sodastream Naturally Sweetened Cola any good?

Based on the 88 reviews of customers who bought it on Amazon they gave it a 3.7 out 5.

People said it tastes somewhere between Coca Cola and Pepsi.

The reviews that were left have a few pros and cons that were repeated by customers, which I’ll summarise below.

Also, I’ll explain what the best cola syrup is for your Sodastream, and more.

What are the pros and cons of Sodastream Naturally Sweetened Cola Syrup?

Based on combing through the written reviews on Amazon and I found these points were the most common, and were repeated again and again by different customers.

Pick it up here on Amazon.com

1. It tastes better than Coke

A lot of people commented that the taste of Sodastream Naturally Sweetened Cola is better than Coke.

They said that it was because it contains sugar rather than high fructose corn syrup, which gives a better flavor.

However, based on my research only certain countries use high fructose corn syrup in Coca Cola.

It’s definitely used in Coca Cola sold in the US and Canada, which I explain in more detail in a recent article I wrote titled: Does Coca Cola Use Corn Syrup?.

This is because corn grows really well in the US, and the US is the largest producer of corn in the world.

In the article I also explain how much high fructose corn syrup is used in Coca Cola based on independent laboratory tests.

On top of that, customers said that it doesn’t have an aftertaste like the diet and artificially sweetened sodas or soda syrups.

Many people that reviewed it said they like the fact that it doesn’t contain high fructose corn syrup.

This study explains that the more processed a food is the less healthy it is.

Some didn’t say if it was because of the taste or whether it was for health reasons.

In either case, this was a big plus for those that bought it.

3. It tastes like Mexican Coke, which uses cane sugar

In my opinion, this is related to the fact that a lot of the reviewers are from the US, and have tried Coca Cola from Mexico.

Which they preferred to US Coke which contains high fructose corn syrup.

And is why people that left a review said that they prefer Sodastream Naturally Sweetened Cola to Coke.

Now, that I’ve covered all the pros of the Sodastream Naturally Sweetened Cola, I’ll explain the things previous customers didn’t like about it.

But, bear in mind that the overall rating for it is high on both Amazon and Bestbuy.

1. It has more sugar

I think this is true, according to Livescience.com, high fructose corn syrup is 1.5 times sweeter than sugar.

So, the recipe calls for more sugar to make it the same sweetness.

Sugar intake has been linked to an increased risk of developing type 2 diabetes, according to this study.

The study showed that people who drink a lot of sugar sweetened beverages have a 25% increased risk of getting the disease.

2. You have to use more syrup

Interestingly, people said that they needed to use more of this syrup to get the same taste than other syrups they’ve used in the past.

I can’t put my finger on why this is, other than the syrup might be a bit weaker for some reason.

Anyway, something to consider.

3. Because of its rarity it can be expensive at times

Sodastream Naturally Sweetened Cola has been discontinued at this stage, and is no longer available for sale on the Sodastream website.

This means that there is less supply, and some sellers have increased the price on websites like Amazon and BestBuy.

Based on my research you can still find bottles of it, for around the same price as it’s always been.

So, it pays to do a bit of digging to find a seller that’s listing it at a good price.

The new cola syrup that Sodastream makes contains sugar and sucralose, which is a sugar extract similar to corn syrup.

And people have commented that it tastes somewhere in between diet cola and sugar sweetened cola. 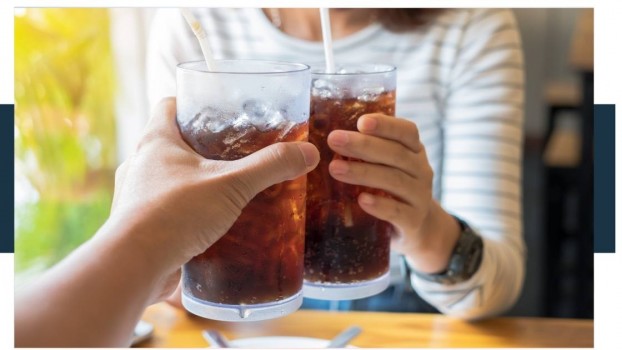 An interesting study was from those on reddit looked at the best cola syrups for Sodastream based on a taste test, and they found the best are: Monin Cola Syrup, Pratt Standard True Kola Syrup, and Baar Cola syrup.

However, it depends on your unique taste as to which one you like the best.

In my opinion you want to use syrups that contain stevia, agave, or honey because there isn’t evidence yet to indicate they’re bad for your health like sugar or artificial sweeteners.

There are a few available on Amazon, such as Mexicana Cola Sweetened with Mexican Agave Syrup, and Sweet Drop – Sweet Leaf Wisdom Stevia Cola,

I would say they’re definitely worth a try. According to this study, stevia is 30 to 150 times sweeter than sugar.

And Agave is 1.5 times sweeter than sugar, based on the research done by WebMD.

So, using these instead will definitely decrease how much natural sweetener you consume.

Artificial sweeteners such as high fructose corn syrup are 1.5 times sweeter than sugar, but most people say the taste isn’t as good.

So, the stevia and agave cola syrups are definitely worth a try.

Can you use other syrups with SodaStream? 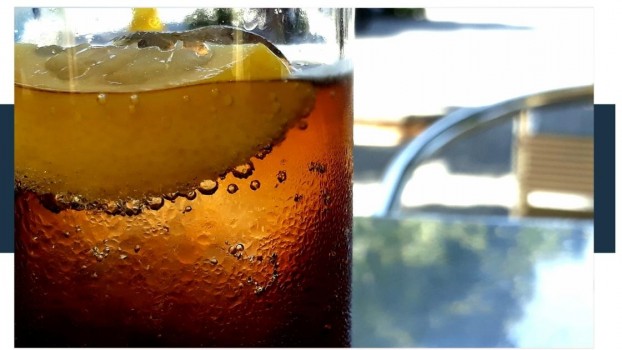 The process of making Sodastream sodas involves carbonating water first, and then adding syrup to the carbonated water afterwards.

This means you can add any syrup or flavors you like to the carbonated water you make with a Sodastream.

As you may be aware, there is a label on Sodastream machines that says not to carbonate anything other than water.

This is because if you do, it makes a lot of foam, which can flow out the top of the seal and damage your machine.

Once you’ve made the carbonated water though, I suggest adding different flavors such as fresh juice, herbs, and syrups to create a unique soda.

Or, to add an interesting twist to your favorites.

Sodastream Naturally Sweetened Cola is definitely a nice syrup, and many people prefer it to high fructose corn syrup, and sucrose flavored syrups.

However, it’s no longer listed on the Sodastream website, which leads me to believe they no longer make it.

Other than the taste, people that reviewed Sodastream Naturally Sweetened Cola like that it doesn’t contain high fructose corn syrup, and that it tastes like Mexican Coca Cola.

The things people that didn’t like are that you have to use more syrup, it contains more sugar, and it can be more expensive.

Overall though the average rating for this syrup was very high.