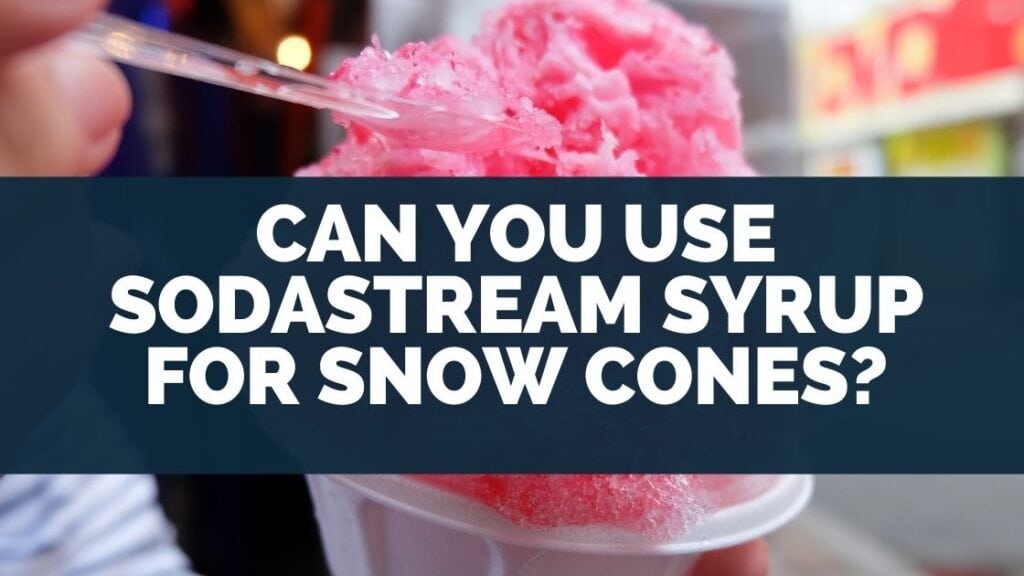 I’ve been getting into making snow cones with the little one and wondered about what kinds of syrups you can use for them.

Specifically, I was interested in whether I could use my Sodastream syrup.

I looked around at the common snow cone recipes to see whether it would work. Here’s what I found…

As a general rule, you can use Sodastream syrup on snow cones.

In fact, it is common to make syrup using soda.

Because Sodastream is concentrated, it makes a great syrup for snow cones.

But, for the best syrup, you should boil it with sugar and soda water.

I will explain the exact recipe below to make a fantastic syrup out of Sodastream syrup, and the only ingredients you need are water or soda water, sugar, and your Sodastream syrup.

In this article, I will also explain what the best syrup is for snow cones, whether you can freeze snow cone syrup if you can use cordial, and how to make the snow cone ice.

What Is the Best Syrup for Snow Cones? 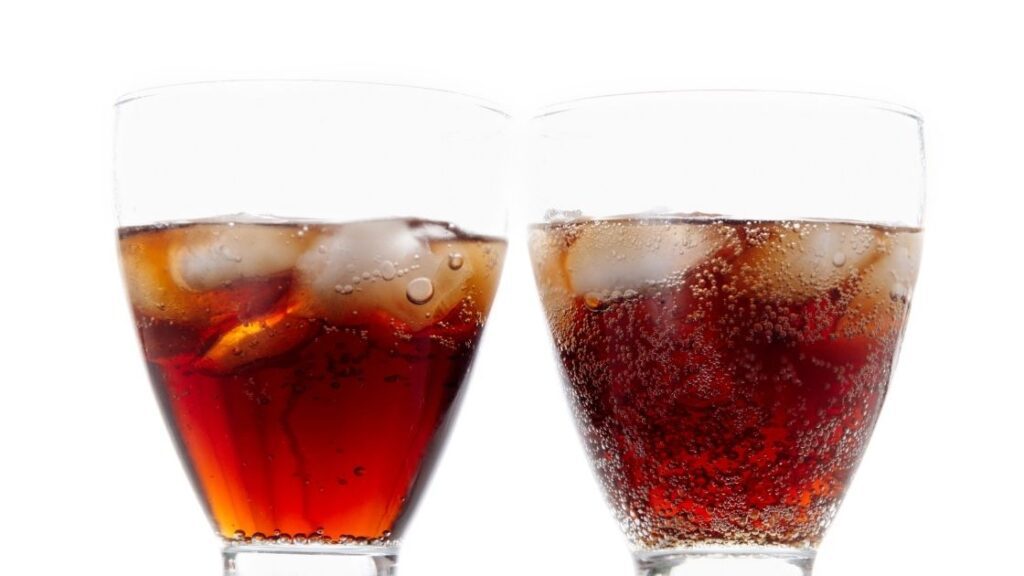 The best syrup is Coca Cola. Coca Cola is the most popular soda in the world and therefore it is most likely the best syrup.

It has a similar flavor to Frozen Coke.

But, people report that the best snow cones have a scoop of ice cream and/or condensed milk.

I also looked at the best syrup based on their average review rating on Amazon.

However, you can also make your own custom snow cone syrup out of your favorite soda, and the recipe is very easy. Here’s what you need:

To make it you boil 1 cup of your favorite soda and 1 cup of sugar in a saucepan until it starts to boil.

You then let it boil for 2 to 3 minutes.

After that, you can add food coloring to give it an interesting and cool color. *Recipe source (link).

But, using Sodastream syrup instead of soda is a bit different.

You can use regular tap water or soda water. How much syrup should you add to a glass of water?

It depends on your taste.

The best thing to do is add a few drops and see how it tastes.

Then add a bit more depending on how you like it.

Once you’ve added enough SodaStream syrup to a glass of water then you can boil it in a saucepan with sugar in the same way as I explained above.

After that, you pour it out into a glass jar or jug and let it cool to room temperature.

Then you can pour it into your plastic squeeze sauce bottle.

Now, it’s best to cool it in the refrigerator so that it doesn’t melt the ice when you pour it on.

The best part about making it this way is you can use any soda you like.

For example, you can use Dr Pepper, or Mountain Dew.

Whereas, you can’t buy this syrup individually.

Can You Freeze Snow Cone Syrup? 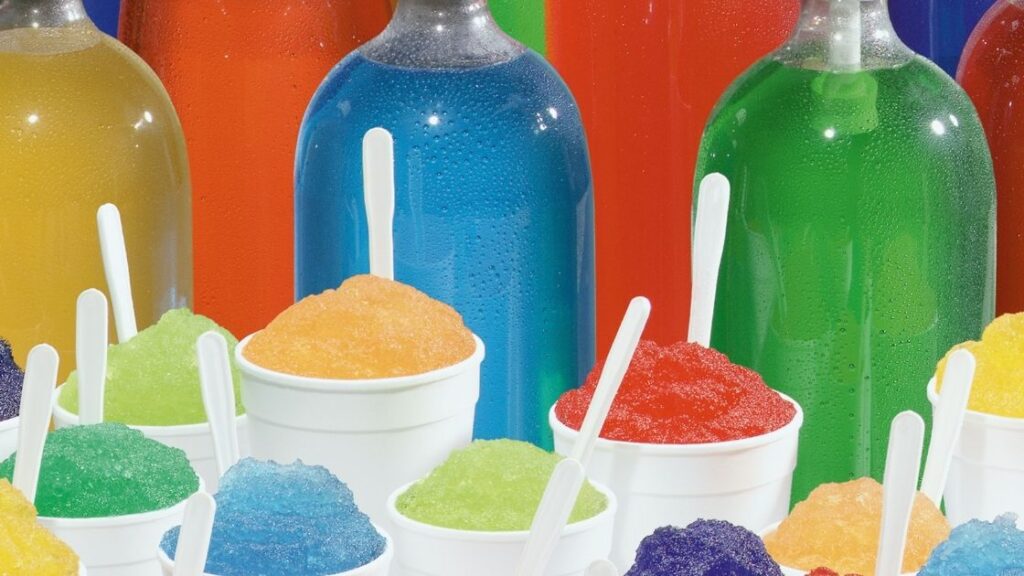 On average, freezing food or drink adds 3 months to their shelf life.

So, if you freeze snow cone syrup it will last 6 months instead of 3 months.

Snow cone syrup is very easy to make, and takes about 5 to 10 minutes using ingredients you have around the home.

Interestingly, some types of store-bought snow cone syrup will remain runny when you freeze them.

Keeping snow cone syrup frozen also has the effect of not changing the shape of your snow cone when you pour the syrup on it.

Rather than having deep grooves that will form when the room temperature snow cone syrup has melted the ice.

Can You Use Cordial for Snow Cones? 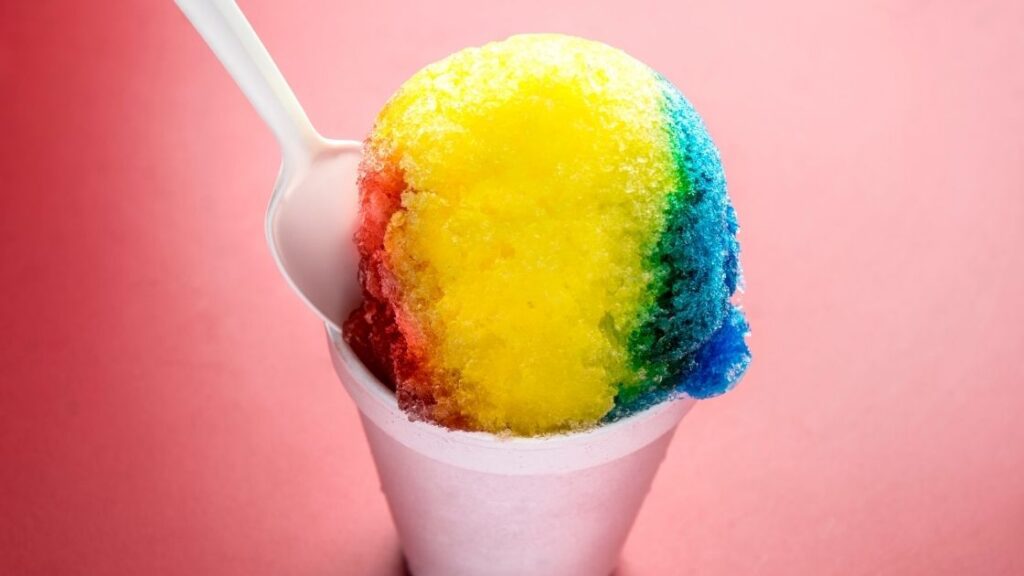 Cordial is similar to SodaStream syrup, however, it is made for non-carbonated water.

But, does cordial make a good syrup for snow cones?

Generally, cordial can be used on snow cones.

There are many recipes from people who have created snow cone syrup from cordial.

You can use it as it is, however, making it more diluted and adding sugar can give you a better overall syrup.

Dilute the cordial in a glass of water.

Add some cordial a little bit at a time until it has a good strong flavor.

Then boil it, together with 1 glass of sugar for 2-3 minutes.

The resulting mixture is a delicious snow cone syrup that will last up to 3 months at room temperature.

To add it to the top of a snow cone, you can ladle it on with a spoon.

But, a really convenient option is to pour it into a plastic squeeze sauce bottle.

You can reuse an old bottle of sauce, or buy a special sauce bottle for around $1 at stores like Walmart.

And you can also buy them on Amazon.

Can You Make Snow Cones With a Blender? 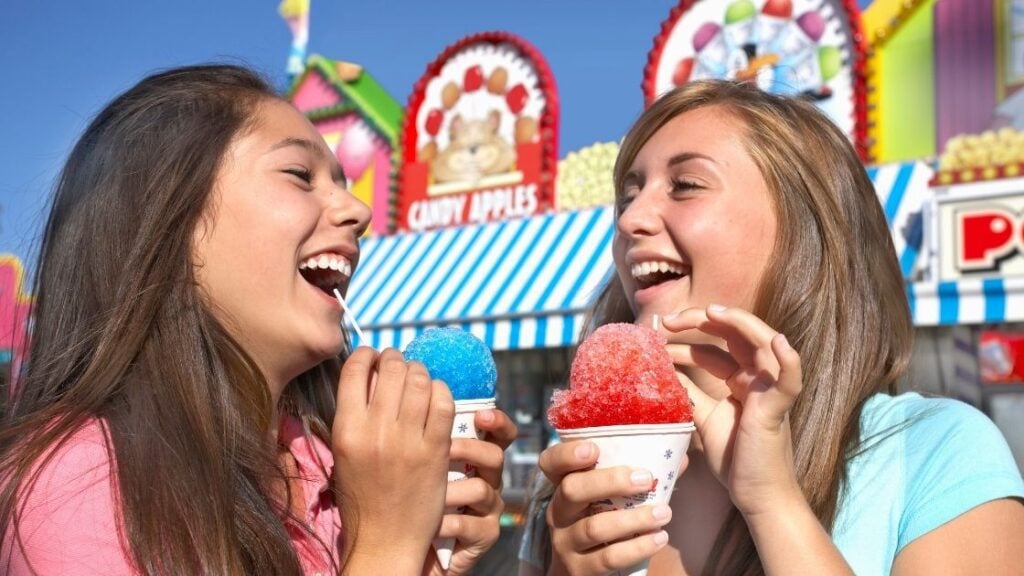 Another part of making snow cones is the ice.

And I’ve often seen people blend ice with smoothies or juices to cool them down.

But, can you make the ice for a snow cone using a blender?

As a whole, certain types of blenders can make snow cone ice.

If it can, it will have a crushed ice button on it. If it doesn’t have a crush ice button then you’re best to look at the user manual for your blender.

It will explain whether you can crush the ice with it.

And some blenders are too weak to crush ice.

If you’ve lost the user manual you can typically find it online by doing a Google search for the make and model.

If you still can’t find them then your best bet is to call or email the company that makes your blender to ask them.

Another way to make crushed ice for a snow cone if you don’t have a blender is using a hammer or a mallet.

To do that you put ice in what’s called a Lewis bag.

But, a plastic bag wrapped in an old towel will also work the same.

You hit the bag with a hammer or mallet for a few minutes to get crushed ice that will make great snow cones.

Here’s a video showing how to make crushed ice using a lewis bag:

Can You Use SodaStream Syrup for Slushies? 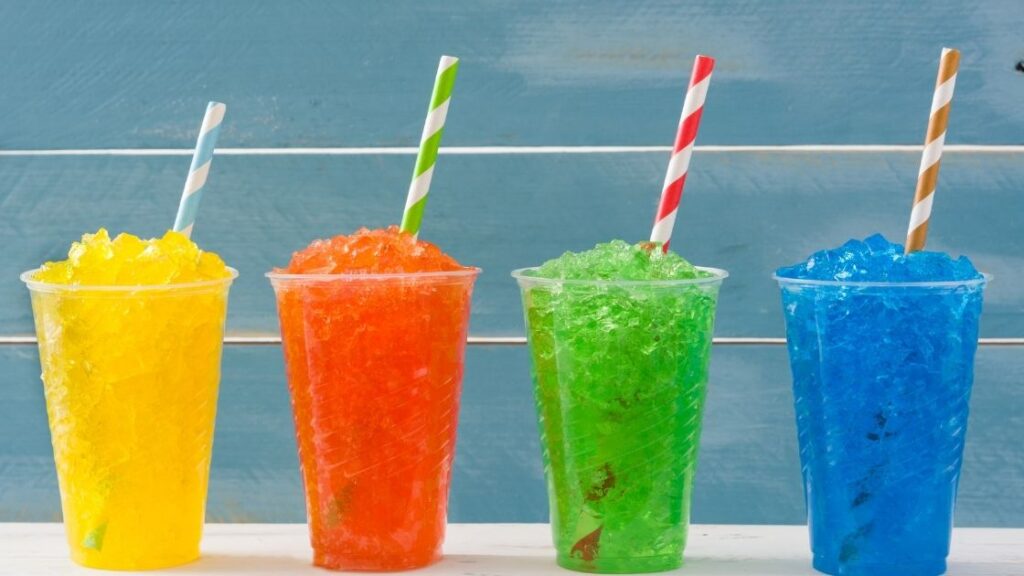 A slushy is very similar to a snow cone however the ice is more finely crushed and is more melted when it’s served.

But can you use Sodastream syrup for a slushy as well?

As a general rule you can use Sodastream syrup for slushies.

Sodastream syrup tastes delicious in a slushy, however, it’s generally better to dilute your SodaStream syrup first to make it easy to mix with the ice in your slushy.

The less syrup and the more ice you have the harder it is to mix them both together.

But, if you take the same amount of SodaStream syrup and mix it with some water or soda water.

And then add it to your slushy you can mix it around much faster, and the syrup will be distributed more evenly.

A slushy is made in a slightly different way to a snow cone.

With a slushy, you blend both the ice and the syrup together in a blender.

However, with a snow cone you make the crushed ice, and then pour the syrup on top.

The end result is that a slushy is runnier, but the overall flavor of both a snow cone and a slushy is nearly identical.

Therefore, you can use SodaStream syrups for slushies as well.