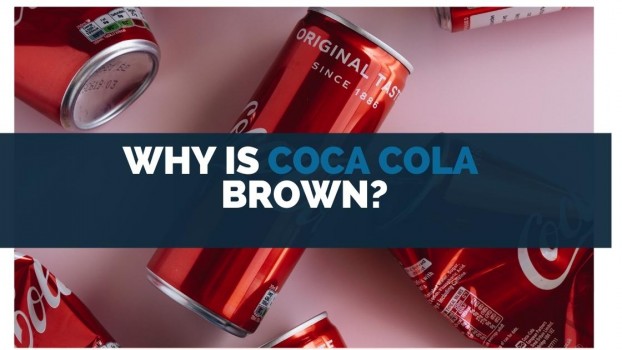 I’ve always wondered why Coca Cola is brown, and I’m sure you are curios too – so now that I brought it up.

let me cover the reasons why

So, why is Coca Cola brown in color? Coca cola is brown because it contains added caramel color.

Caramel color is a commonly used food coloring, and is listed on the Coca Cola label.

The kola nut, which is the origin of the word cola has a red-brown color, and was likely the inspiration behind the colors used in Coca Cola’s branding.

The kola nut which has the genus ‘Cola’ contains caffeine, and was historically used as an extract in beverages.

Also, the Coca Cola drink has an interesting history, with a lot of true and not so true stories about how it came to be.

So, below, I will explain the origins of the Coca Cola brand, it’s color, what caramel color is, and other interesting facts about Coca Cola.

What color was the first Coca Cola?

The color of the first Coca Cola is the same color it is today.

There is a common myth that the first Coca Cola was green.

But, this has been shown to be false, according to the official Coca Cola website of Ireland.

The Coca Cola brand has a rich and long history all the way back to the 1880’s when it was first invented.

Coca Cola was created as an extract and syrup by a pharmacist named John S. Pemberton.

According, to the Coca Cola company official website, Mr Pemberton thought that using alliteration – the letter ‘c’ at the start of each word – made it easy to remember.

And would lead to better sales of his drink Coca Cola.

Later, he parted with his secret recipe, and patents.

The kola nut is red-brown in color

The kola nut is native to tropical rainforests of Africa, which contains caffeine, and is used as an ingredient in beverages.

As you may be aware there are many different brands of cola drinks, and according to Wikipedia, the term cola has derived the name of the kola nut.

The kola nut has a red brown color, and in my opinion was the inspiration behind the choice of color for the drink – a browny red – and the distinctly red label.

This was chosen so that it fits with the name Coca Cola, meaning a cola drink that is made using kola nut extract but with a catchy first part of the brand name.

Interestingly, ‘Kola extract’ or the kola nut aren’t listed as one of the ingredients in Coca Cola today.

Now that it’s extremely popular, and people were familiar with the brand, it makes sense to leave it the same color.

That way it’s easier for their customers to recognize it in stores, rather than having to hunt around for it.

Which would make some customers give up, and lead to less sales.

The recipe isn’t given out because it has a unique taste, and from a business perspective it isn’t wise to make it freely available.

In my opinion Coca Cola is so popular, because it has a unique taste that isn’t found in any of the other drinks on the market.

On the Coca Cola label is written ‘caramel color’.

Which shows where some of it’s color comes from.

But, in the exact ingredients list only ‘flavor’ is written.

Therefore, it is impossible to say exactly where the brown color of Coca Cola comes from.

Does Coca Cola have red dye? 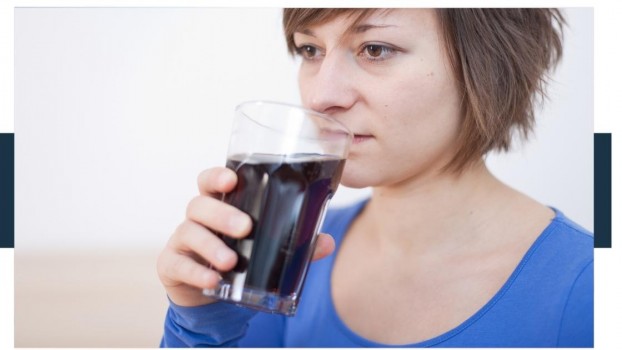 The exact recipe for Coca Cola is a closely guarded secret, for competitive reasons, and it is possible that it could contain red dye.

On the label Coca Cola lists caramel coloring as one of their ingredients and is likely what gives Coca Cola its color.

If red dye is used it would have to comply with the food safety regulations of each individual country where it is sold.

Caramel coloring is a common additive in drinks and other food to give them a brown color, according to Wikipedia.

Interestingly different labels for cans and bottles of Coca Cola from around the world contain different ingredients.

For example, some list cane sugar as an ingredient, whereas others don’t have this ingredient and list high fructose corn syrup instead.

I recently wrote an article about whether Coca Cola uses corn syrup where I go into more detail about this fact.

As well as an explanation about the differences in ingredients used in Coca Cola around the world.

You can read that article by clicking here Does Coca Cola use corn syrup?

What is caramel color made out of? 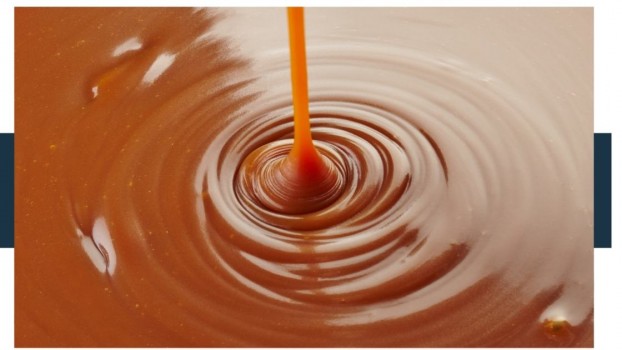 Caramel color is made by heating natural sweeteners such as fructose, dextrose, molasses, sucrose, invert sugar, and malt syrup.

These are made from sugar cane, sugar beets, and maize (corn).

It is widely used in lots of different food around the world to give it a brown color.

Interestingly caramel color is in huge demand in East Asia where it is used in sauces.

As an example it is used in foods such as the straw-like chocolate wafer sticks made by brands such as Pirouline.

I was surprised to learn that caramel coloring is also widely used in:

There are four different classifications of caramel color, and each type is used for different foods.

In my opinion, the caramel coloring used in Coca Cola is likely similar to what is known as classification 150d / E150d.

This is because it that category of caramel coloring doesn’t have a strong flavor, holds up well in alcohol, and is commonly used in carbonated drinks.

As an aside this type of caramel coloring is also used in balsamic vinegar, instant coffee, chocolate syrup, soups, sauces, and seasonings.

Unique caramel coloring can also be made to order by companies such as DDW Color.

This company specialized in caramel coloring when soft drinks started to become incredibly popular. And have been in operation since 1885.

You can see the different types of caramel coloring they now produce here.

Because Coca Cola has been around a long time, and is a household name, there are many funny and interesting things discovered about it.

Dissolving a coin in Coca Cola

I remember when I was growing up people would say if you leave a coin in a glass of Coca Cola it will dissolve.

However, I doubt this does happen because the gas that makes Coca Cola fizzy – CO2 – and gives it it’s acidic qualities will escape from Coca Cola within a day.

You might have noticed this when you leave a carbonated drink such as coke, or beer open for a long time in the fridge, and it became flat.

That isn’t to say that if the coin is kept in a sealed bottle, it won’t work.

I wrote all the details about this phenomenon in another article titled ‘What Can Coke Dissolve?’.

Another interesting thing about Coca Cola is that when you put Mentos into a bottle of it, it creates a chemical reaction that produces a massive amount of foam.

Coca Cola is brown because it contains caramel coloring, which is a popular additive in many foods to give them a brown color.

This is printed on the label of Coca Cola bottles.

The exact recipe for Coca Cola is a closely guarded secret for competitive reasons.

Cola as a name for beverages came about because they were originally made using an extract from the kola nut, which contains caffeine.