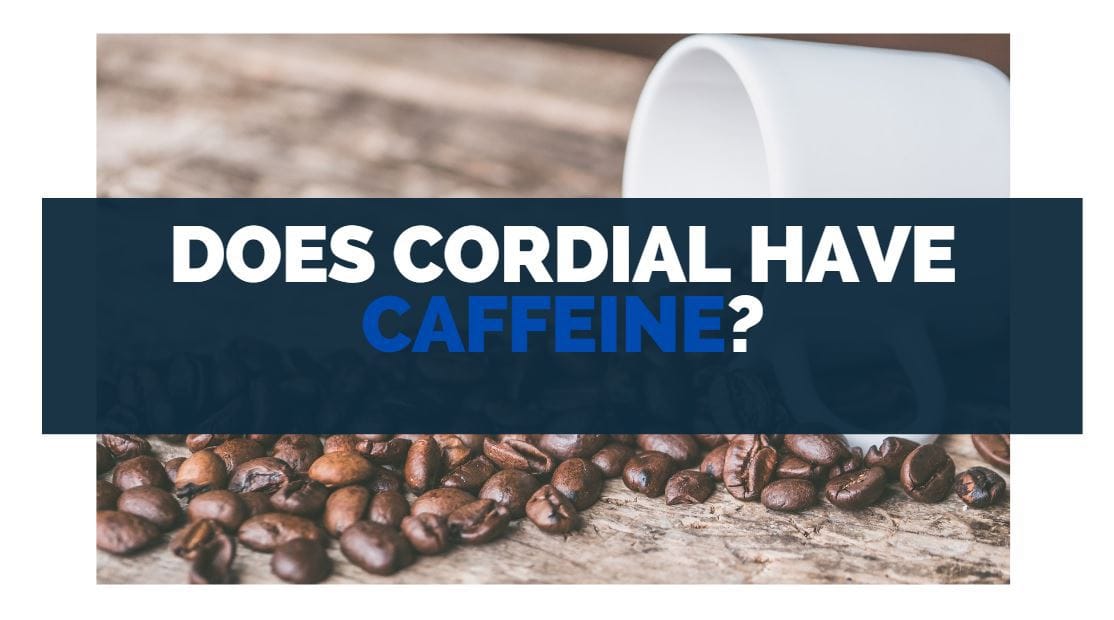 Cordial, also known as squash, is a highly concentrated, sweet fruit syrup that can be diluted and enjoyed on its own or added to other beverages.

It usually contains about three ingredients: water, fruit juice, and sugar. Some contemporary cordials add ingredients like additional flavors and food coloring, but it remains a simple drink to this day.

So, Does Cordial Have Caffeine?

Since none of its ingredients contain caffeine, cordial naturally doesn’t have caffeine, either.

However, you can add cordial to a caffeinated beverage, such as tea, if you wish to add a sweet, fruity flavor.

Despite being caffeine-free, there are still several reasons not to completely replace your favorite caffeinated beverage of choice with cordial or squash. Read on to learn more about caffeine and cordial.

These are sold as “high juice” cordials and are sometimes thought of as the same as juice, which is not the case.

Cordials are very high in sugar content, even high juice cordial. Fruit juices already contain a natural amount of sugar, and if you check the label of any given cordial, chances are the first ingredient is sugar.

If not, you are likely looking at an artificially sweetened cordial, which can contain unnatural chemical sweeteners like saccharin, acesulfame K, sucralose, or aspartame.

In addition to fruit juice and sugar, cordials often contain spices that complement the fruit they’re flavored with and citric acid.

They can also have added preservatives, though sugar is a natural preservative and high-sugar cordials can stay fresh for a while.

Some cordials have a low juice content, sometimes as low as 5%. These syrups usually have a lot of flavoring ingredients and added dyes for a bright, fruity color.

These flavors and colors can be natural or unnatural, depending on the company that makes the cordial.

Although none of these ingredients contain caffeine, the high sugar content of most cordials can have a similar, albeit shorter, effect.

Consuming a large amount of sugar can cause an increase in your heart rate and a burst of energy commonly known as a sugar rush.

This may feel good at first, due to the dopamine released in your brain, but then your blood sugar drops, and you crash from the high.

Is cordial as bad as a soft drink?

The average cordial has about 3 teaspoons, or about 12 grams, of sugar in every glass—and that’s after diluting the syrup with water.

So, a sweet diluted cordial may not have the same amount of sugar as soft drinks do, but the syrup itself is highly concentrated in sugar content.

If you drink a lot of cordial, you are still consuming cups and cups of sugar.

Weakening the syrup with a lot of water is the best way to keep your sugar consumption low when drinking a regular cordial.

Or, you can opt for one of the no-sugar-added or diet cordials out there, which have fewer calories and less sugar.

Another downside to drinking cordials is that while some have a lot of fruit juice, which contains some natural nutrients, they are not generally nutritious.

Most cordials contain no fiber or minor nutrients that help the body, so you don’t get much out of them except for a sugar high, much like a soft drink.

Diluting a small amount of squash with water can make it seem quite harmless, but in actual fact, a squash or cordial made with sugar comes with around 3 teaspoons of sugar per glass.

Are caffeinated drinks bad for you? 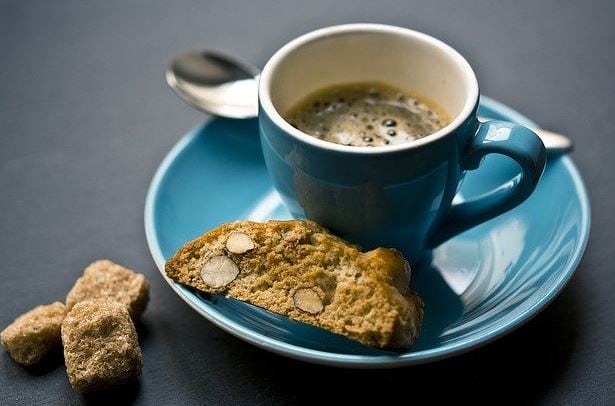 Caffeine is a naturally occurring stimulant in more than 60 plants, most popularly tea leaves, cocoa beans, and of course, coffee beans.

A small to moderate amount of caffeine consumption each day does not have an inherently negative effect on the body.

In fact, some studies have shown that caffeine can increase your capacity and endurance, especially when doing physical activity, and could even lower your risk of developing diseases such as Alzheimer’s and Parkinson’s later in life.

Caffeine may also help with weight loss by suppressing your appetite, boost your ability to remember things in the long term, or lower your risk of cancer.

If you are a healthy adult who consumes 400 milligrams of caffeine or fewer each day, you are still within a healthy range of caffeine consumption.

That’s three to five cups of coffee or tea or about nine 16-ounce bottles of Coke.

If you take in more than 400 mg of caffeine, you may be vulnerable to adverse effects like insomnia, nausea, anxiety, migraines, increased heart rate, and frequent bowel movements.

Which soft drinks are caffeine-free? 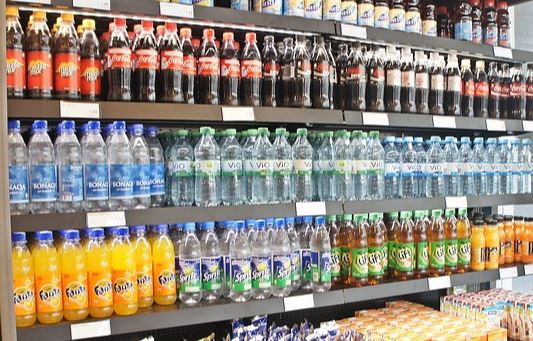 If you experience any of the above negative side effects of caffeine, you may want to cut back on your caffeine consumption.

You may also have developed a dependency on or addiction to caffeine and are looking for alternatives to caffeinated drinks. If so, cordial is one option. It can satisfy your sugar craving without keeping you up all night.

Other caffeine-free options include soft drinks that don’t contain caffeine.

It can sometimes feel difficult to find a soda without caffeine, but there are actually more than you may realize:

Coca Cola makes classic and diet Coke without caffeine, and Caffeine-Free Diet Coke also has the benefit of being zero calories. Ginger ale is also free from caffeine, as is Sprite and root beer.

Which root beer has no caffeine? 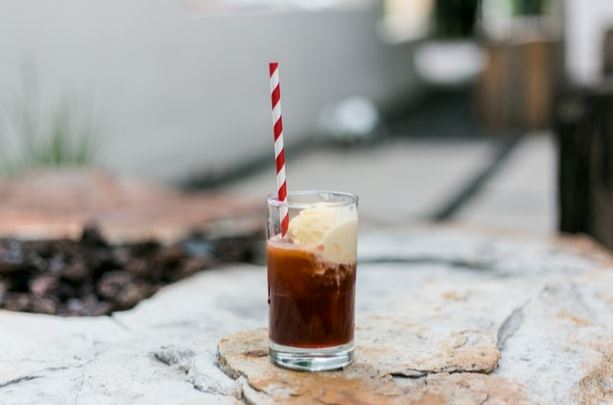 Root beer is a sweet and creamy soda made from the root bark of sassafras trees, which smell like vanilla. The only way for a root beer to have caffeine is if it’s added.

Most root beers are caffeine-free, but some are not. Barq’s, for example, is the most popular root beer brand that contains caffeine.

Other popular brands of root beer do not have caffeine. These include Mug and Diet Mug, A&W and Diet A&W, Dad’s and Diet Dad’s, and Barq’s Diet Root Beer.

Because companies must add caffeine to their root beer if they want it to be caffeinated, you should be able to find caffeine or a caffeine-derived ingredient on the label of your root beer.

If you see no mention of caffeine, there likely isn’t any.

The world can often seem to run on caffeinated beverages. Drinks like coffee, tea, and soda provide a kick of energy to get you through the day.

However, if you’re looking for an alternative to caffeine, cordial is a sweet, fruity drink with no caffeine.

Its sugar content is generally lower than soft drinks, but it still has a high sugar content from both natural fruit sugars and added sugar, so it’s a good idea to dilute your cordial with a lot of water.

If you are interested in soft drinks without caffeine, there are several options for you. These include root beer, ginger ale, Sprite, and some traditional colas made without caffeine.

No matter your beverage preference, you can find a sweet treat with ingredients that won’t break your diet.