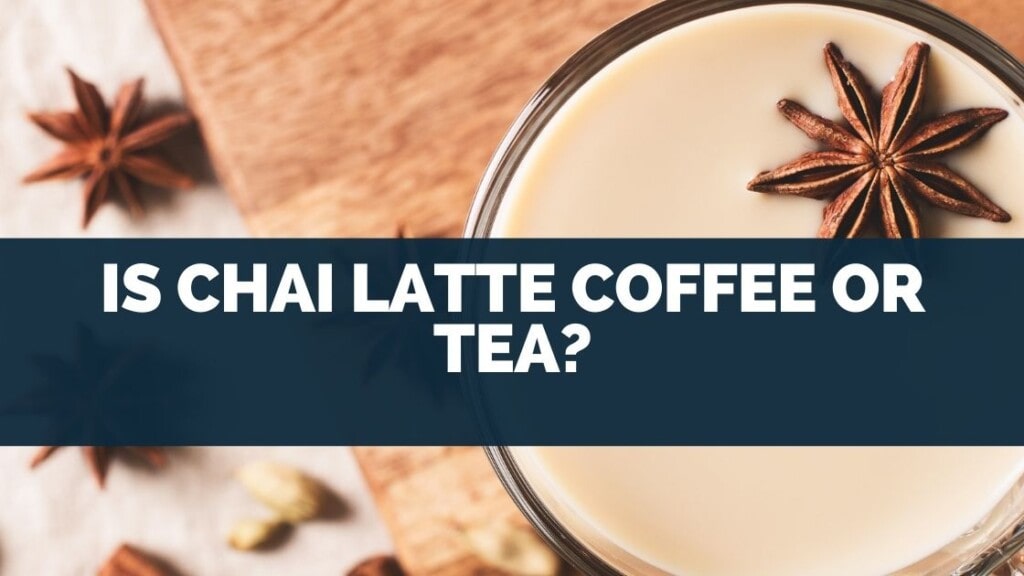 A chai latte can taste a bit like a coffee.

As an avid coffee drinker, my first taste of a chai latte made me think it was a type of coffee, but I noticed it was much sweeter and had a more pleasant taste.

today I’ll answer that query of whether a chai latte is a coffee or a tea and cover a few more of the differences and distinctions.

As a general rule, chai latte is a tea.

But, there is a type of chai latte made with a shot of coffee called a dirty chai latte.

A chai latte at most coffee shops is a tea made from spices.

It’s a powder that is added to milk and then frothed up using a steam wand like the milk for a coffee.

Coffees are named differently based on the amount of milk they contain, for example, a cafe latte has more milk than a cappuccino.

The coffee with the most milk is a latte and because a chai latte is almost all milk it received this name.

Below, I will do a nutrient breakdown of a chai latte compared to a coffee so you can see which is healthier, and explain some other coffee substitutes if you’re trying to limit your coffee intake.

Is Chai Better for You Than Coffee? 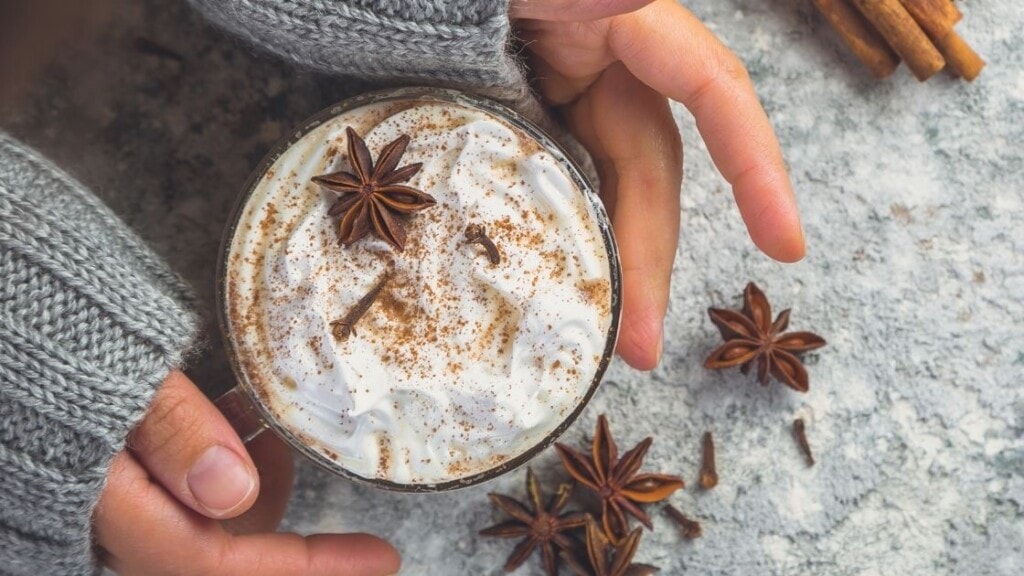 Some people are of the opinion that coffee is bad for you, especially if you drink a lot.

For coffee lovers this can be bad news therefore, you may want to cut down on coffee or eliminate coffee from your diet.

A good alternative that is similar to coffee is chai but is chai better than coffee.

Chai is not better for you than coffee. Coffee on average has 20.15% more vitamins and minerals than chai.

The nutrients that are significantly higher in coffee compared to chai, are magnesium, phosphorus, riboflavin, niacin, and vitamin A.

The nutrients in coffee that are in significantly higher amounts are:

Here’s a table that shows how many more or less of each nutrient there is in coffee compared to chai.

Here’s a really good video that shows how a chai latte is made in a coffee shop:

As you may know, a typical coffee is made by making a shot of espresso coffee.

This is where a shot of ground coffee is put into a spoon-looking contraption that is locked into a coffee machine.

The word latte is an Italian word that means milk.

To make a regular latte, hot water is poured over it to make a shot of espresso in the bottom of a cup.

Milk is then blasted with steam using the milk frother.

This heats it up really hot and makes it frothy.

After that the frothed up and hot milk/warm milk is poured over the espresso shot.

Whereas, chai is an Indian word that means tea in Hindi.

In Farsi, the language of a country next to India, Iran, the word chai is also used to mean tea.

But, instead refers to black tea, rather than a tea with a spicy flavor.

The main ingredients in chai latte powder are typically a blend of spices that include:

It’s very much a black tea spice blend that contains a handful of spices as well as black tea.

The Chai tea spices used can vary, and if you’re making your own from scratch then it’s a good idea to experiment with the proportions of each.

Also, here’s a table that shows a side by side comparison of the nutrients in a chai latte compared to a latte (coffee):

As you can see coffee contains quite a few more nutrients than a chai latte.

This means that there are more health benefits to drinking coffee over chai latte.

Which include things like boosting the immune system, and reducing free radicals.

A coffee or a strong black tea has a good dose of caffeine that really wakes you up, and improves your focus.

But, black tea and pure tea have less caffeine content than coffee, about half as much.

Which is about 12.5% of the recommended daily intake of caffeine for an adult, according to Harvard Medical School.

Coffee can be bought in instant form, coffee grounds, or coffee beans.

Coffee grounds and coffee beans can go stale over time.

I explained how long they last, and the best ways to store them in this article about how long coffee beans last.

Is Chai a Good Replacement for Coffee? 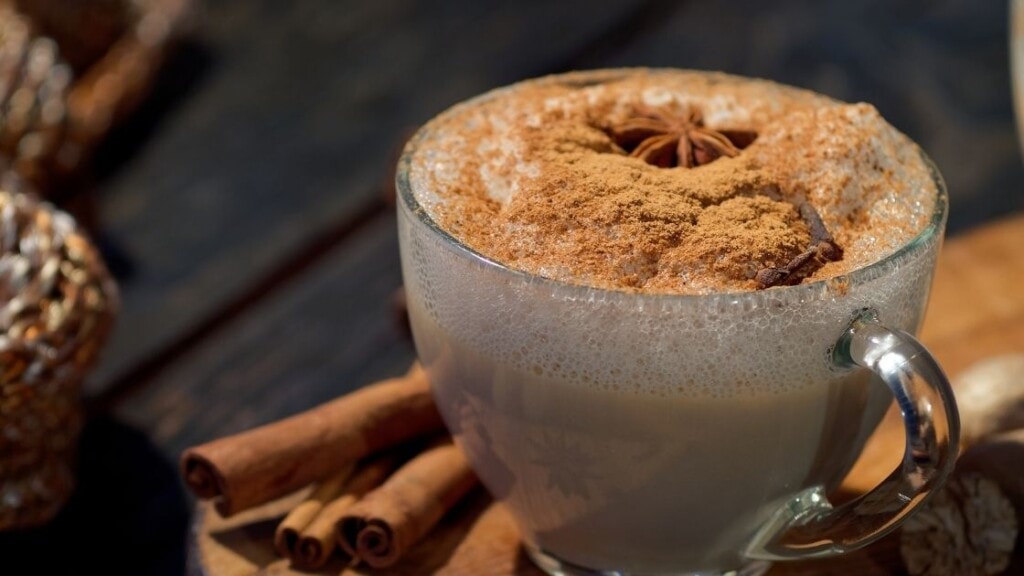 Coffee is a caffeinated drink and can make you feel jittery, especially if it’s very strong such as a double or triple shot.

Also, coffee can get a bit boring after a while, or you may not want to consume the caffeine in coffee.

The good thing is there are a few alternatives to coffee and chai is a particularly delicious one, so here’s whether it’s a good replacement for coffee.

Chai is a good replacement for coffee.

But, only because it’s very similar to coffee. Coffee contains more nutrients than chai and therefore is healthier overall.

The amount of caffeine in coffee is only bad if you consume more than about 4 cups per day.

However, as you may know, many people find it difficult to sleep if they consume coffee after about 4 pm.

This is because caffeine can keep your mind active and give your body energy which makes it difficult to relax.

Chai does not contain any caffeine so it’s a very good option after the mid-afternoon.

But, personally, I drink a lot of coffee and the caffeine effects are only very mild because I’m used to it.

So, it does depend on how much you drink.

There are also chai concentrates that you can buy in grocery stores to make your own chair spicy drink at home.

They can come as one big packet of powder, or in individual sachets.

It’s very easy to make your own chai latte, using these, you just add boiling/hot water to a tablespoon or so of the chai tea concentrate and mix it with a spoon.

You can also get chai tea bags.

This is much easier than making it from scratch using a chai latte recipe.

But, if you were to make it yourself you could use a blend of black tea, and add the different spices listed above to taste.

It’s possible to turn it into an iced chai latte by letting it cool and then adding ice cubes.

Or, putting it in the refrigerator.

You can also brew a coffee using a french press or coffee maker, and make the equivalent of a single shot of espresso.

Then add some chai powder to make chai coffee, a spicy coffee drink.

I’ve personally tried quite a few of them, and I found the one infused with vanilla is the best.

Sometimes these are branded as masala and can be called a masala chai latte, or a traditional masala chai.

These are generally more spicy tasting and would be considered spiced tea.

It’s possible to add milk to chai tea, unlike other herbal teas.

I personally used to always add cream, because I’m a big cream fan.

In some regions in the world such as Asia, tea and milk are also enjoyed cold.

There is a range of natural and artificial sweeteners that you can use in chai such as maple syrup, honey, brown sugar, stevia, and vanilla extract.

Some are healthier than others. I did an analysis of sweeteners that are good to add to tea, and explained them in detail in this article about the best sweeteners for tea .

It covers sweeteners that can be used in tea like a chai latte but also green tea, and regular teas like Earl Grey, and English Breakfast.

Black coffee on its own contains no calories and no carbs.

Regular milk has a fair amount of calories and carbs.

However, there are different types of milk that are lower in calories and carbs than whole milk or skim milk, such as almond milk, oat milk, and soy milk.

But, they lack a bit in the delicious creaminess of milk flavor category. 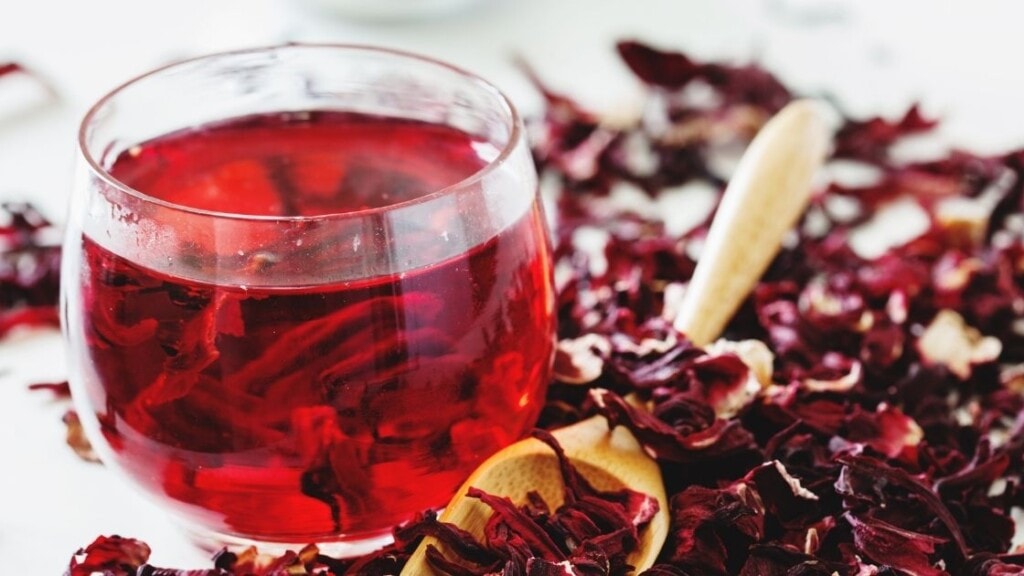 Although coffee is a popular drink, some people are sensitive to caffeine and a cup of coffee doesn’t make them feel good or gives them a headache.

You may also want to have a hot drink late in the afternoon but want something that doesn’t contain caffeine.

So, here are some of the hot beverage coffee substitutes that taste like coffee.

But, coffee has a very unique taste.

Black tea and cocoa have a natural energy boost similar to the effect of caffeine in coffee.

Chai is a type of tea that is slightly bitter but is quite spicy.

It can also be made with different kinds of milk such as almond milk.

The same is true of Ovaltine, hot chocolate, and cocoa.

These will change the flavor and you can experiment to get something as close to coffee as possible.