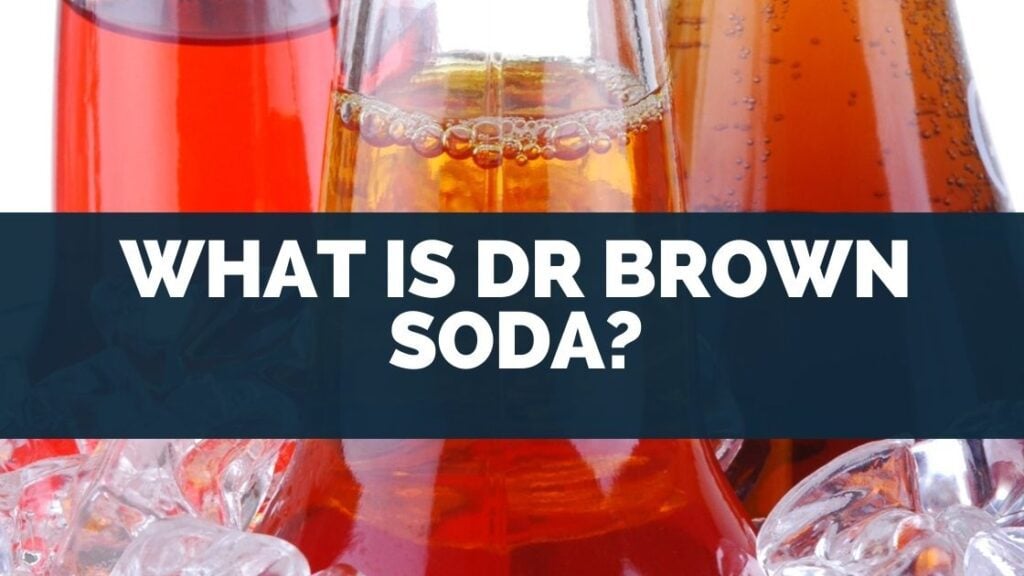 You’ve seen it in your local deli’s fridges but never dared to venture into the world of the Dr. Brown’s Soda variety.

What is this fizzy mystery of the century-old bubbles that tickle your interest?

Dr. Brown Soda is a variety of soft drinks that originated in 1869 in New York City, exclusively for the city’s Jewish community.

In modern days, the line of sodas is available across the entire United States and many cities worldwide.

Has it prickled your senses? Are your flavor buds intrigued? It started as a celery health concoction and was transformed into an age-old refreshing drink.

Throughout the years, Dr. Brown’s has stood the test of time and proven a worthy survivor. 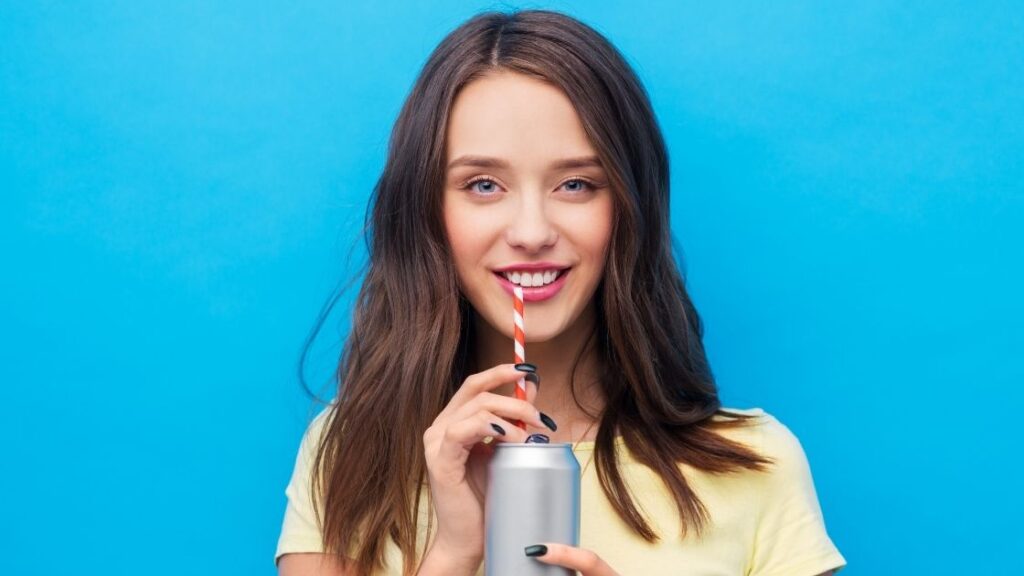 Dr. Brown: genuine or not genuine? The story starts with a homeopathic celery tonic made by the New York City Physician – Dr. Brown, whose first name is lost to history.

The sweet mixture given out at pharmacies was quite the hit.

The inventive Dr. Brown started marketing it alongside a friend at a bottling company.

During the startup years, the beverage was sold by kosher delis and door-to-door soda salesmen on the Lower East Side.

There isn’t a lot of documentation on who originally produced and bottled the soda.

The early years seem to align in mystery with the elusive Dr. Brown.

The company progressively expanded the variety of Dr. Brown’s Soda flavors as the popularity grew.

Schoneberger & Noble merged with The Carl Schultz Corp. and Brownie Corp. in 1928 and formed The American Beverage Corp.

The aim was to market the collective brands nationwide and cover a more extensive base.

This change in ownership allowed a shift in the brand’s distribution strategy, from being sold only in smaller deli-type kosher shops along the east coast to being distributed by major supermarket chains across the country.

The recipe remained the original from way back. Still, the cans were produced in Queens by Canada Dry/Pepsi bottling company.

LA Bottleworks took over the bottling rights from L&R Bottling and has ever since been the sole provider of 12oz Dr. Brown’s Soda. PepsiCo’s New York bottling plant produces the rest of the Dr. Brown’s Soda varieties.

Does Dr Brown’s Soda Have Caffeine? 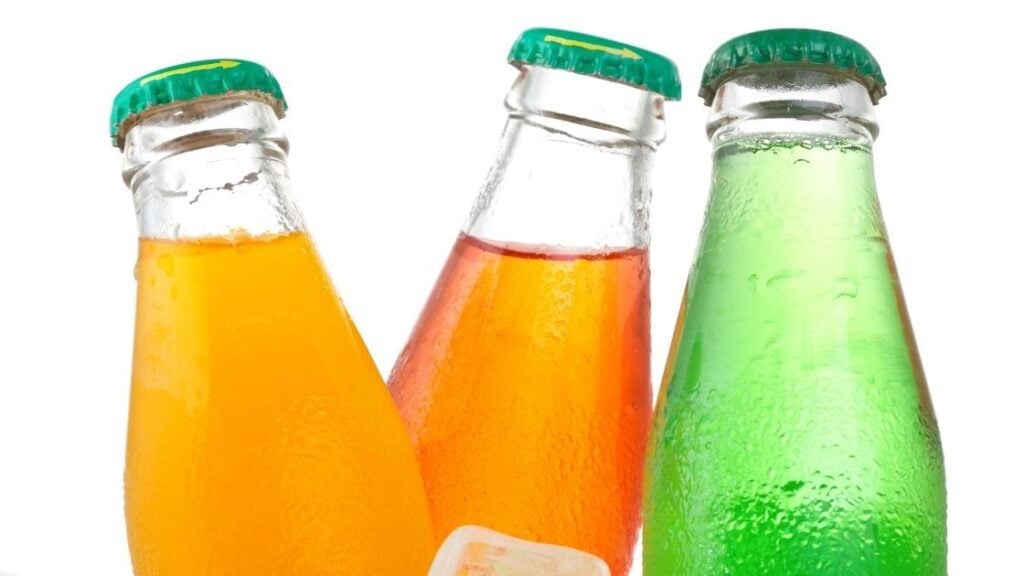 Sometimes caffeine is just the kick your system needs, but it’s not always a great choice of ingredient for everyone.

The excellent news is that Dr. Brown’s range of sodas doesn’t contain any caffeine and is safe to drink by the whole family at any time of the day!

For reference, see the below summary of the ingredients and nutritional information of each flavor. 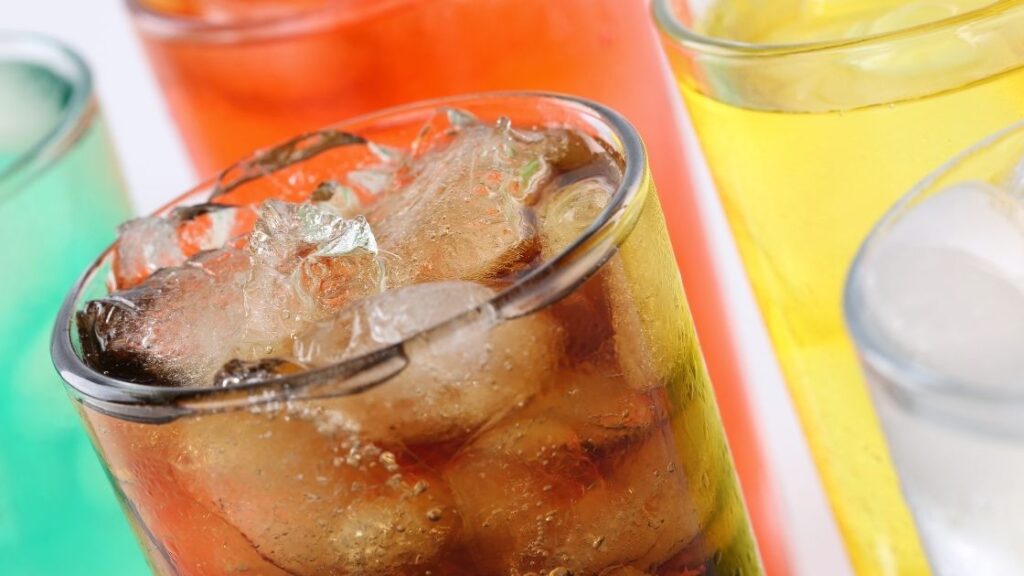 For any product to be Kosher for Passover, it cannot have any trace of grains that has fermented or risen.

As laid out in the previous section, all but one of the Dr. Brown’s range has the caramel color ingredient.

Dr. Brown’s have been a staple drink in the Jewish community for decades.

In the 1930s, Dr. Brown’s Cel-Ray was so popular that it was dubbed the “Jewish champagne” at all the major life celebrations.

It was the most desired beverage to have at weddings, bar-mitzvahs, and sweet-sixteen parties.

Despite being the drink of choice on many occasions, the sodas aren’t Kosher for Passover throughout the year.

This means that Dr. Brown’s has to specially produce soda that is allowable on the Passover table during this time of celebration.

It will be specially marked as certified Kosher for Passover.

To identify whether it’s certified, have a look at the cap.

Does it display a P or ORB-P? Then it is good to go for the feast.

Where Can I Buy Dr Brown’s Soda? 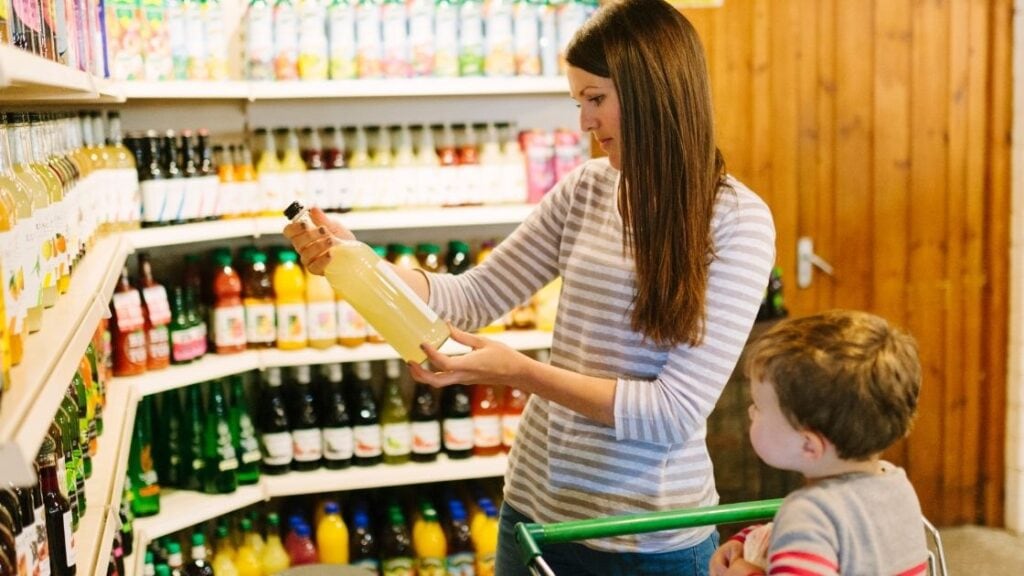 In the early years of Dr. Brown’s existence, the soda was available only in smaller shops and delicatessens in the Jewish neighborhoods of New York City.

This, however, has changed quite a bit, and the brand is currently globally distributed.

These days, big supermarket chains like Target and Walmart stock the beverages.

The line of sodas will also still be found in Jewish shops around the country.

If you are happier to shop online from the comfort of your cozy couch, many websites will get the products to you.

These include the famous Amazon.com and the online versions of Target and Walmart.

It still maintains its elite status even though the distribution has expanded.

Being part of the minority and not give in to mediocrity has always been the design behind the brand’s strategy.

The commercial production of the soda started in 1869 and has picked up in popularity over the decades.

The line of sodas went through a sequence of bottling companies, and today, it’s bottled and produced by PepsiCo in New York City.

Dr. Brown’s produces soda pops that are Kosher for Passover.

These can be identified by a P or an ORB-P on the cap.

Not all Dr. Brown’s Soda is Kosher for Passover, so make sure the marks of certification are present if you are buying it for Passover.

Starting out, Dr. Brown’s has always been a beverage for a minority group of people.

The brand has kept to that strategy throughout the years, even though its distribution was widened.

Whether Dr. Brown ever existed or not, we will never know.

The fact of the matter is: the Dr. Brown’s sodas are here to stay.