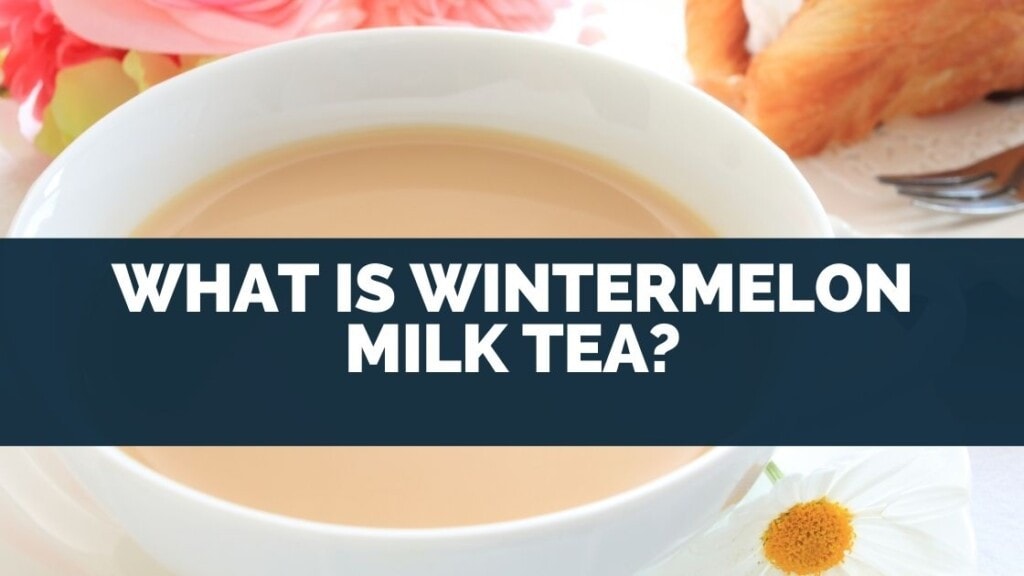 Winter melon, scientifically known as Benincasa hispida or as the wax gourd, is a type of gourd that has its origins in Southeast Asia.

Wintermelon needs a warm, temperate climate in order to thrive, and despite its frosty name, it does not tolerate frost at all!

Wintermelon is commonly used as an ingredient in soups, stir-fries, and of course, winter melon tea!

Essentially a combination of milk tea with fruit syrup, this beverage is a recent flavourful phenomenon among Western boba lovers.

At the center of the beverage is the staple Asian medicinal ingredient, wintermelon.

Commonly grown during the summer and autumn months, the source for this melon’s seasonal name comes from its long shelf life.

When stored properly, wintermelon can be stored for up to four months and was commonly eaten during the cooler months of winter when other vegetables and fruit were scarce.

Another reason for the wintermelon’s cool name comes from its appearance.

When immature and unripe, the fruit’s surface is covered with fine, fuzzy hairs that resemble snow.

Once it begins to ripe, the hairs are lost, and it gains a shiny, waxy sheen, which helps preserve the fruit for long periods.

The flesh contained inside is also white as snow, providing further support for its unique name!

Even though it has a vegetal appearance, wintermelon is, like its name suggests, a melon!

This fruit is a member of the gourd family where melons, pumpkins, and zucchinis are all members.

A wintermelon is a versatile fruit that can make either a savory soup or a delicious, sweet refreshing drink.

Wintermelon milk tea can be made by boiling and infusing the fruit itself.

This fruity dish originated in Southeast Asia where it is a part of the staple traditional food fare to this day and is also used in eastern medicine.

It is popular for its medicinal properties as well as unique recipes that are home to Taiwan.

What is Wintermelon milk tea made of? 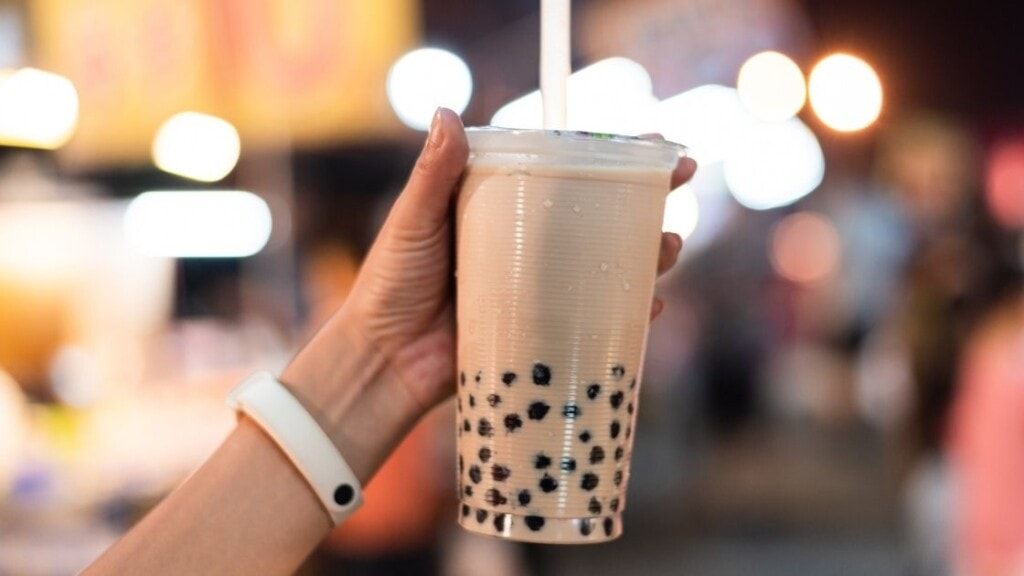 If you want a non-dairy alternative, you can use soy milk or almond milk instead. 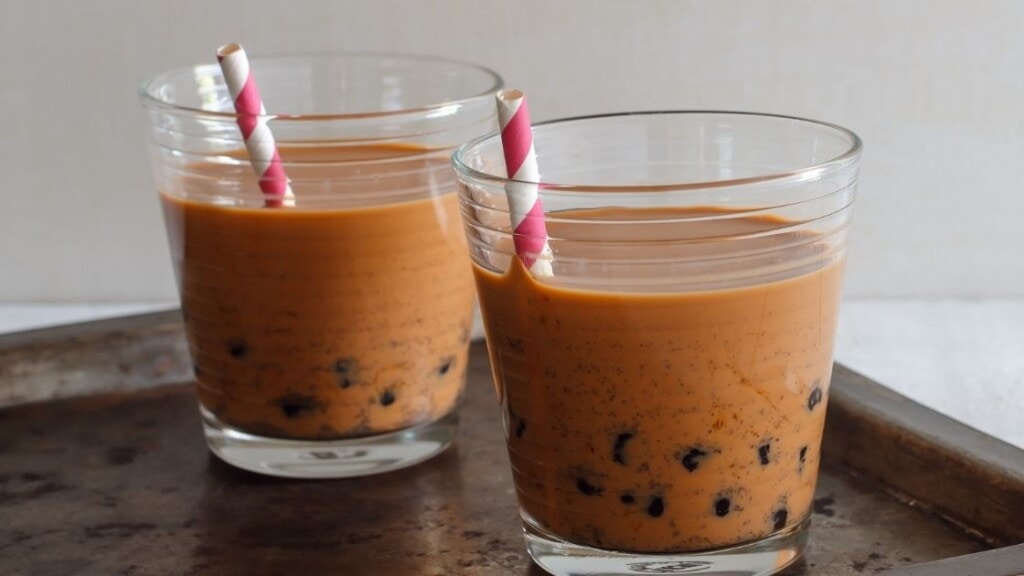 Wintermelon by itself has a very mild and somewhat bland flavor when the fruit is still unripe.

The taste is similar to that of cucumber – refreshing and vegetal, with a slight grass-like flavor.

When aged, wintermelon loses some of its taste and becomes slightly bland but still retains its refreshing properties.

The exact flavor of ripe wintermelon is hard to describe, but many enjoy its mild, subtle sweetness.

Many in Southeast Asia and Taiwan often drink winter melon tea in the hot summer months to cool themselves down. 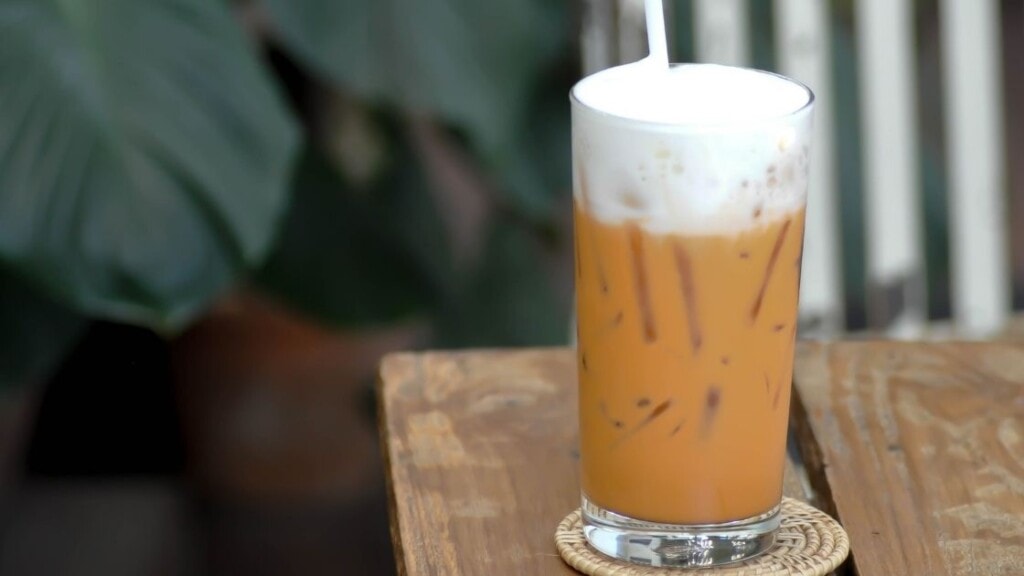 Wintermelon milk tea is considered a healthy option among boba drinks due to the medicinal properties of the melon.

This unique drink is rich in vitamin and antioxidant content which can aid gastrointestinal distress, maintain weight, and reduce stress.

It also lowers the overall cholesterol levels in the body.

Many boba enthusiasts have picked up the various recipes and are fervently looking to introduce them to their own countries and cultures.

The fruit thrives on the Hawaiian coast so it is now more within reach even for commercial purposes.

Combined with milk and tea, this fruity beverage is an explosion of taste likely to leave you asking for more.

The wintermelon syrup is still widely used in traditional medicine.

It is used in the form of hot soup or drinks for relief from high blood pressure.

Of course, adding milk and/or artificial sweeteners to wintermelon milk tea would work against its health benefits.

As a high-sugar diet is generally unhealthy, it’s recommended to reduce the sugar content if you would like to enjoy this beverage regularly.

You can make the drink at home provided that you have the vegetable on hand, along with a few spices to give it a necessary kick.

The beverage can be made in more than one way.

Usually, the preparation process includes boiling, extracting juice, and straining the fruit into a cup.

After that, you simply add it to some already-prepared milk tea