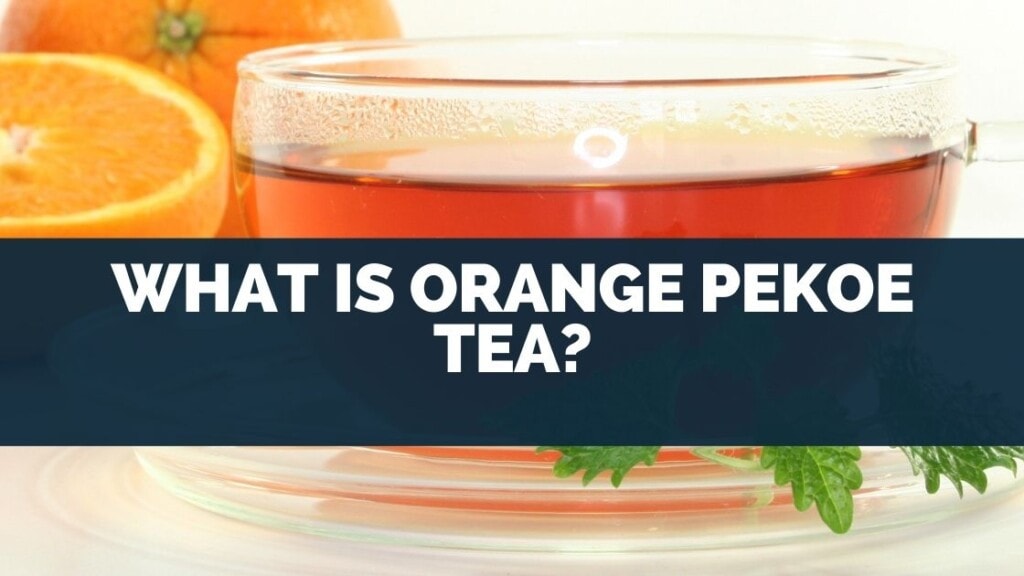 Tea drinkers will be aware that there are many different tea varieties.

There are herbal teas made from commonly used herbs, and then there are teas made from the plant Camellia Sinensis plant which encompass what people would typically think of as tea.

Orange Pekoe tea is not that well known unlike other more popular teas, so today I will explain what it is.

Orange pekoe tea is a grade of tea.

It is used to describe teas made from the camellia Sinensis plant which are commonly called Chinese black teas.

It is not a type of tea but rather refers to the age of the leaves when picked.

In the tea trade, there are about 5 main grades based on the age of the leaves.

There are also an additional 5 grades of tea for these same teas but that contain broken leaves rather than the whole leaf.

Is Orange Pekoe Tea the Same as Black Tea? 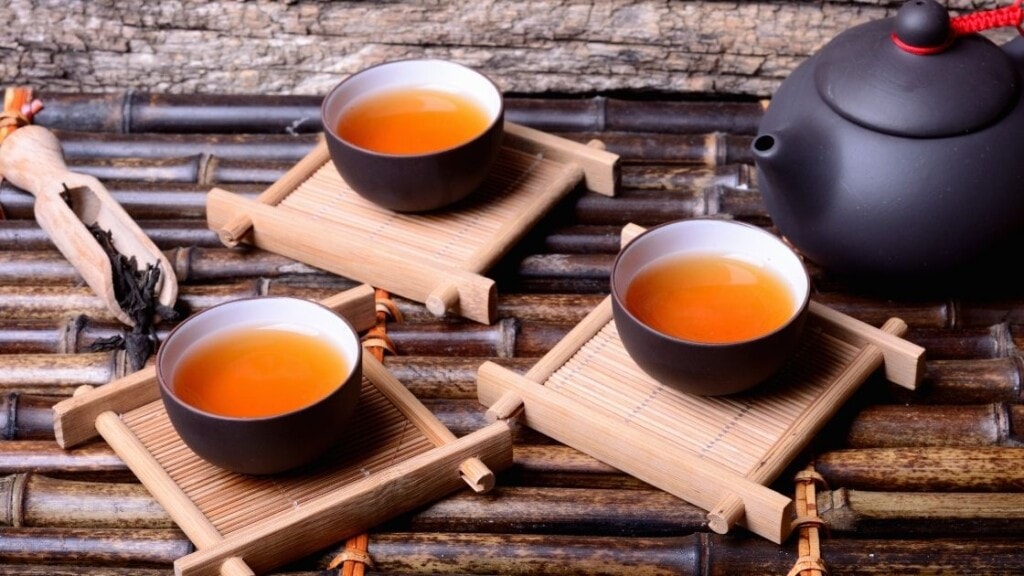 Black tea is one of the most popular types of tea around the world.

Some teas you find in the black tea section of stores are labeled as orange pekoe tea and don’t make much reference to what kind of tea it is.

So, here’s an explanation about whether Flowery Orange Pekoe tea is the same as black tea.

Orange pekoe tea is not the same as black tea.

It is a grade of black tea.

Younger tea leaves aren’t as bitter and have a better taste than older leaves.

As a result, a grading system was developed to categorize teas based on the age of the leaves they contain.

Tea leaves can be harvested at any stage when they first start to grow.

As the size of the leaf increases so does the bitterness of the processed orange-flavoured tea.

Also, the first growth of a tea plant is considered to be the best tasting. In tea terminology, it is called a flush.

After the first parts of the plant are harvested a new flush will grow, and the plant can be continuously harvested.

The tea plant is a small shrub.

Based on how the leaves are cured impacts what the tea is and changes it into a specific kind of tea.

But, they are all derived from the same species of plant.

This plant is also grown in India and the tea is known as Indian black tea and can be mistakenly thought of as another type of black tea.

The best white tea also has leaves that have white hairs on them.

These teas are all different from Ceylon tea which is a Sri Lankan tea.

Here’s a video from a tea shop owner where he explains Ceylon orange pekoe tea:

Virtually all types of tea except for acidic herbal teas go well with a splash of milk.

And lasts the longest and stays the best tasting in an airtight container.

You will notice this is how tea shops store their tea.

As you might have guessed when tea leaves are picked they are green in color.

But, this green color turns to a different color fairly quickly as the leaves begin to decompose.

Green tea is where the leaves are instantly superheated or steamed to lock in the green color.

This causes them to retain their green color, which gets transferred to the cup of tea.

Whereas, if they’re left to decompose slightly and then dry they develop a different flavor altogether, and also develop caffeine.

How much caffeine is in a cup of tea? About half that of a cup of coffee.

I explained how many cups of coffee you can drink in a day based on how much caffeine it has in this article about soda vs coffee.

The age of the leaves and leaf buds at the time of harvest determines:

So, when grading a tea, the criteria used is not the quality of its leaves.

But, rather than the particular grade of tea, black tea leaves given are determined by age.

And if the tea is broken into smaller pieces.

Loose-leaf teas and tea bags are better or worse based on exactly how old the leaves are.

A grade orange pekoe is the lowest grade of tea.

And medium-grade black teas are called:

Flowery orange pekoe is the lowest grade of the medium-grade teas and is one of the lower grades of black teas.

In North America one of the most popular tea brands is Lipton.

They make a range of tea bags, loose-leaf teas, and iced teas.

It was founded by Sir Thomas Lipton, who was a famous businessman in the 1930s.

Today they still keep this naming convention and even today you can find Lipton orange pekoe teas labeled as such.

The origin of the name of the tea grade – orange pekoe

It is not an orange-flavored tea.

And is instead somewhat of a particular genre of black tea.

But, more accurately it is a grade of black tea.

Orange can mean both the color and the fruit.

And because herbal teas are often made from fruit, it’s easy to assume that orange pekoe black tea is either an orange herbal tea mixed with black tea.

Or, that orange pekoe tea is an orange herbal tea.

But, interestingly, neither is the case.

The term ‘orange pekoe’ is used to refer to the Dutch Royal House of Orange-Nassau, which was a large empire that had a big influence in many parts of the world.

They were headed by the Dutch Royal Family, and the color they used to represent themselves is orange.

This can still be seen today as the Dutch football/soccer team wears an orange shirt.

The Dutch Royal Family was a big trade partner between China and Europe, through the efforts of the Dutch East India Company.

The Dutch East India Company is recorded as being the biggest corporation to have ever existed in the history of the world.

This is where the word orange in the term orange pekoe comes from.

The word pekoe is a Chinese word, and therefore this part of the orange pekoe grade of teas is thought to be of Chinese origin.

China produced a lot of popular black teas, and one school of thought is that the name was used because it was common in both Europe and Asia.

How higher grades of tea are designated?

Higher grade of black tea and high quality because they have a better flavor.

Different grades of tea have different parts of the tea plant as well.

For example, higher grades include the bud of the tea plant as well. These turn a golden color when dried.

Tea growers determine the quality of the tea based on when they decide to pick the leaves.

They then partake in tea leaf grading and various grades are assigned based on how well the leaves stayed intact during the drying and transport process.

The origin of the tea doesn’t determine the quality of the tea, though.

This is because all black teas are made by picking the leaves of the same plant.

The umbrella term black tea refers to any tea that is made by drying the leaves of camellia Sinensis.

Chai is an interesting word because, in some regions particularly the Middle East which has a strong tradition of drinking tea, chai means tea.

Whereas, a latte is a word used for a type of coffee.

Therefore, it can be difficult to know if a chai latte is tea or coffee.

I looked into what it is exactly and explained what it is and how it’s made in this article about whether a chai latte is a coffee or a tea .

What Is Orange Pekoe Tea Good For? 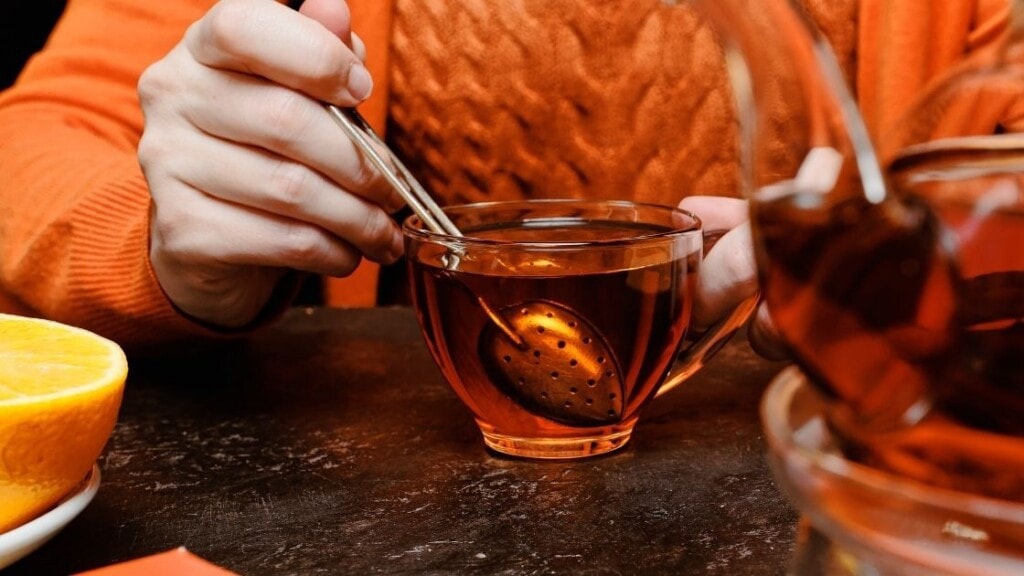 Tea in general is thought to be quite healthy for you, even if you just take into account the well-being benefits of a good cuppa.

But, on top of that, the nutrients in black tea are known to provide various benefits.

So, here’s what orange pekoe tea is good for.

Orange pekoe tea has antioxidant properties, it stops bacteria such as e. coli due to the fact that it boosts your gut health.

On the cellular level, it can increase insulin activity which is great for diabetes according to medical professionals.

It also helps stop the growth of cancerous cells.

The immune system of the human body is mostly located in your stomach.

Black tea increases the beneficial bacteria in your gut that help with fighting off free radicals and has antimicrobial properties.

Medical experts (source) also say that there is evidence to suggest that a reduced risk of endothelial dysfunction which leads to heart disease is one of the health benefits of Orange Pekoe Black Tea.