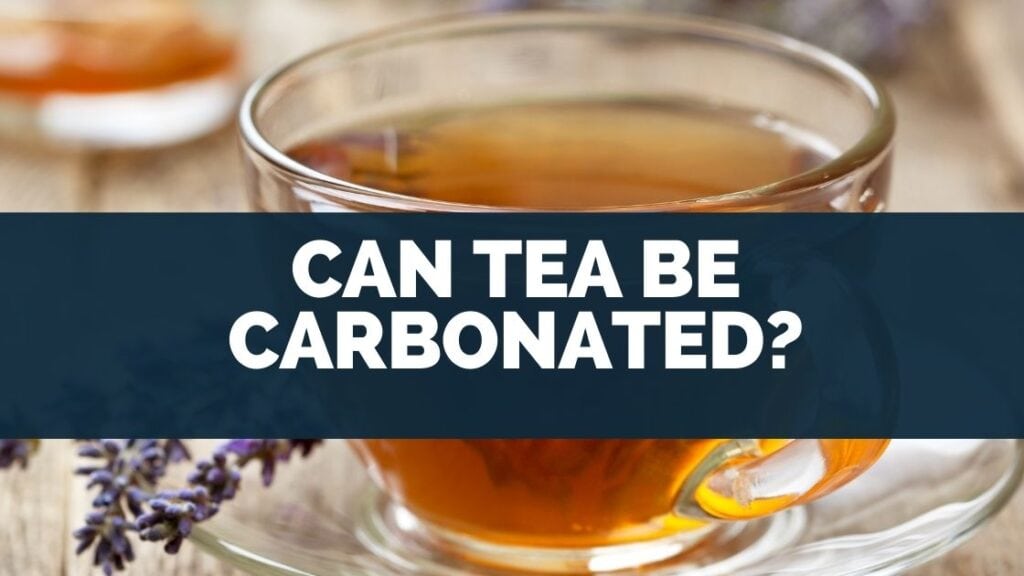 Tea, ice tea, are a favorite accompaniment with a meal, or to quench your thirst throughout the day, and are loved in virtually every country.

But, I wondered whether tea can be carbonated like soft drinks.

So, I did some research, and here’s the answer…

As a general rule tea can be carbonated like soft drinks.

As carbonated water, sparkling waters, soda water, soft drinks, or soda is heated it loses some of its fizz.

But, overall still tastes and feels fizzy in your mouth and doesn’t go completely flat.

And so tea made from boiled soda water is fizzy.

You can consume it as an alternative to water.

There are a few issues with making carbonated tea yourself, and you may be wondering whether ice tea is healthier for you than regular soda.

As well as, what the best brands of carbonated tea there are.

In this article, I will explain everything you need to know about whether tea can be carbonated.

Can You Make Tea With Carbonated Water? 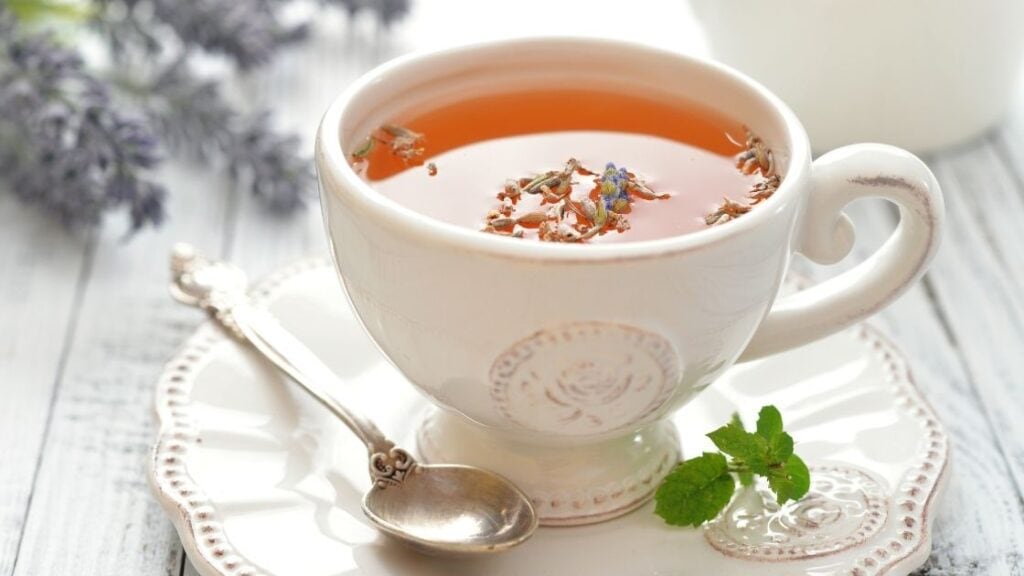 Carbonated water is sold at room temperature or is already cold.

And therefore to make tea with it you need to boil or microwave the soda water first.

But, does it work…

On the whole, you can make tea with carbonated water.

The general process is to heat the carbonated water in an electric kettle, microwave, or saucepan.

Once it’s heated you can pour it into a cup and add a tea bag.

The sparkling water or carbonated beverage retains its fizz, and you get fizzy tea.

Here’s a video of a girl who made fizzy coffee by heating soda water.

She found it tasted kind of gross. But, it might just be an acquired taste:

And at the end of the day, you won’t know whether you prefer standard tea or fizzy tea until you try it.

How to make carbonated tea

There are two primary ways to make carbonated tea.

I described the first method above.

But there’s another method where you can make a cold carbonated tea – or fizzy tea.

You can do it by first using the method above, letting it cool down, and then putting it in the fridge.

However, it’s generally not recommended to put hot food or drink into the fridge as it will strain your refrigerator motor.

Because your fridge has to work a lot harder to keep the fridge cold.

Now, the other method you could use is to brew concentrated tea.

Boil some hot water in an electric kettle or use your preferred method to boil the water.

Pour it into a cup but only fill it up halfway.

Then add two of the three tea bags to the cup.

This will make a really concentrated tea.

You can wait for it to cool, and then pour it into a bottle of soda water.

Or put a small amount in a glass and add soda water on top.

It’s up to you how much soda water you add to your concentrated tea mixture, and you should experiment to see what you think tastes the best.

You can also add some lemon slice or lime, and sugar if you like to make your own unique homemade iced tea soda. The lemon slice will enhance the flavor.

Soda syphon or Sodastream to carbonate it

There are also two ways to carbonate water or tea at home, and the two most common ways are to use a Sodastream or soda syphon.

Both pumps compressed CO2 into water and make it fizzy.

With a Sodastream they don’t recommend carbonating anything other than water.

Because it creates too much foam which can damage the machine.

So, you should carbonate the water first, and then heat it.

Rather than making the tea and then carbonating it.

With a soda syphon device though you can carbonate tea.

I wrote more about the major differences between a Sodastream and a soda syphon, which is the cheapest to use, and how they compare to buying soda water. 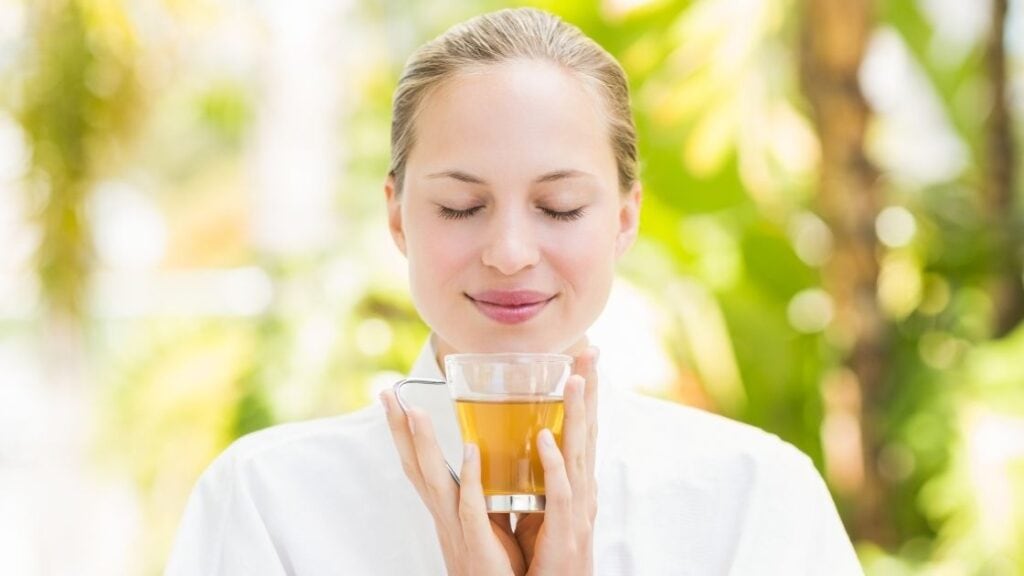 We all know we need to drink a good amount of water every day to keep our bodies healthy.

But, are there any unique benefits to drinking carbonated tea?

And does it count towards your daily water count?

It does, however, contribute to your daily water consumption, according to doctors.

And tea contains minor amounts of nutrients derived from the plants/herbs it’s made from.

Some people argue that tea and coffee don’t count towards how much water you drink in a day.

The doctors at Web MD, however, state that recent studies have shown that a cup of soda, tea, and coffee counts as one cup of water.

The CO2 used to make it fizzy doesn’t offer any unique health benefits when you compare fizzy tea to a cup of hot tea.

It’s been observed in the world that if you heat carbonated water, the gas bubbles that are trapped in the soda will escape to the air faster.

And it has been expressed as a mathematical formula in physics according to the University of California.

So, a carbonated tea made by boiling the water first, and then adding a tea bag won’t be as fizzy as adding the tea concentrate to soda water.

But, overall both will still be noticeably fizzy.

Is Iced Tea a Carbonated Drink? 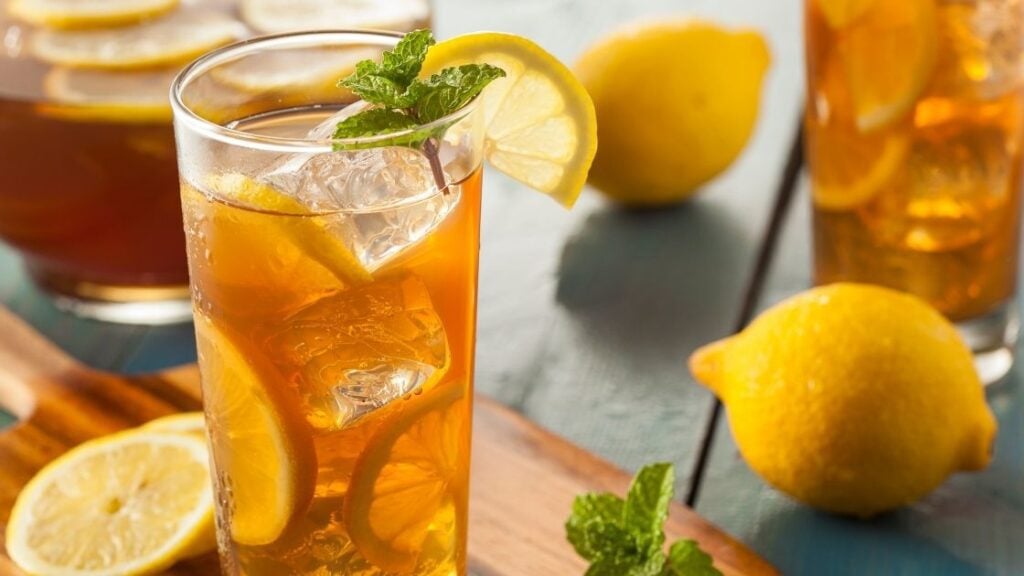 I always drank sodas when I was growing up, but never tried iced tea until I was a bit older.

You also might have never tried iced tea and be wondering whether it is carbonated.

Iced tea is not a carbonated beverage.

The most popular iced tea brands such as Lipton, and Nestea are non-carbonated and instead are sweetened black tea with either a simple syrup with added lemon juice or other natural flavors like a peach.

Virtually all iced teas you will find in a store are not carbonated.

Carbonated iced tea that you can buy in stores is very hard to find.

They do, however, make other sodas that are technically carbonated iced tea.

Because they contain herbs, spices, sweeteners, and flavors, which are fizzy.

However, they’re a carbonated herbal tea.

And it’s quite common to come across Asian brands of iced tea that are made using green tea or jasmine blossoms.

But, these are usually unsweetened and you might not think they taste very good.

Due to the absence of sweet content, Iced Tea Consumption is really beneficial. 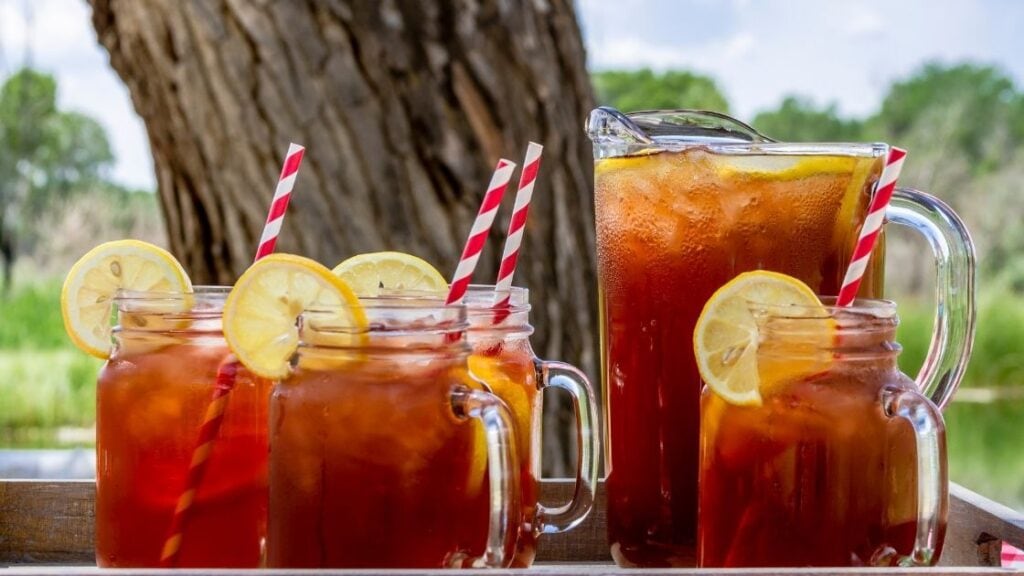 As far as flavored drinks go there are a few different options.

You could go with iced tea, iced coffee, sodas, or juice.

But, I wanted to know whether drinking iced tea is better than soda.

So, I looked at the nutritional information, and here’s what I found…

On the whole, drinking iced tea is better than soda. Sugary Beverages like Coca Cola or Pepsi for the most part contain 3 times more grams of sugar content than iced tea.

But, as long as you don’t drink more than around 1 cup of soda per day, neither iced tea nor soda is better.

Here’s a table that shows a side by side comparison of Coca Cola, and Lipton Iced Tea, so you can see the difference in how many grams of sugar and calories they have:

Whether it’s carbonated or not doesn’t affect its calories or sugar content.

As far as taste goes, it depends on what you feel like at the time.

For example, I used to love drinking lemon or peach iced tea and would buy it rather than Dr Pepper or Coke.

Because I didn’t like the strong fizzy mouth/throat feel or sodas.

So, because it’s based on personal preference neither soda nor iced tea is better than the other.

What brands of carbonated tea are there? 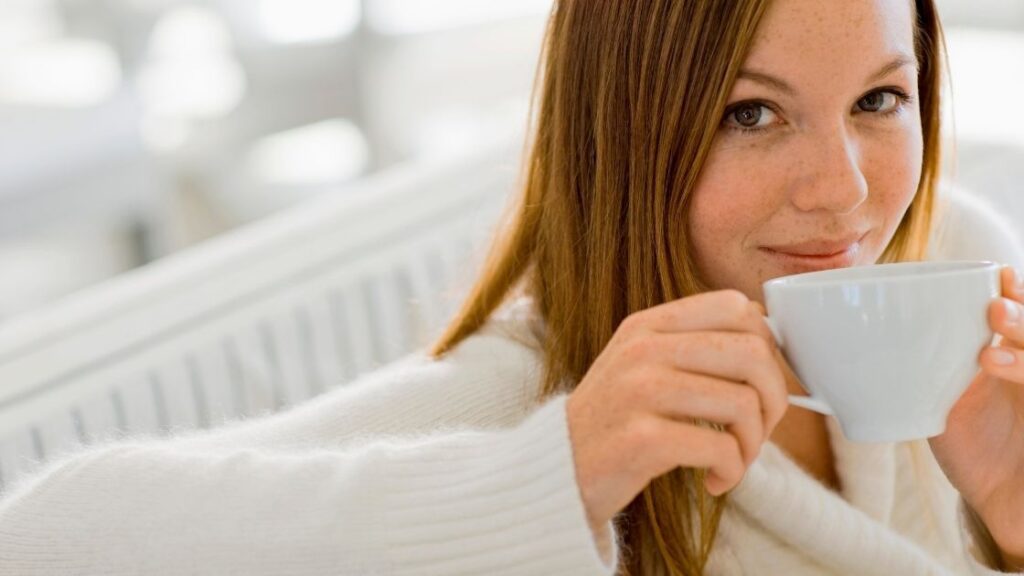 You can also buy carbonated tea, but because it’s hard to find you may be wondering what brands make it.

Here’s a quick list of some of the more well known brands.

But, they and other brands do make carbonated herbal tea.

Which is technically an iced tea.

However, traditional iced tea is made using black tea such as Ceylon tea.

And it has a distinctly different taste from herbal tea.