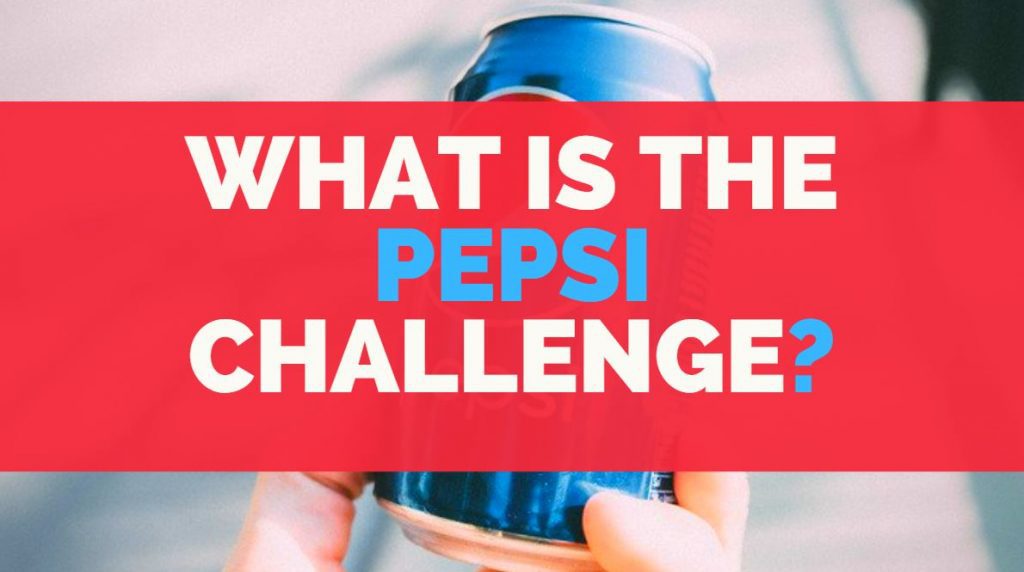 The Pepsi Co. brand has been involved in producing some of the largest amounts of beverages internationally for over 100 years. Ever since its creation so many years ago, Pepsi has been taking part in a constant battle with Coca-Cola to see who could create and market the ultimate soft drink.

The competition was fierce, and each company was trying new and persuasive marketing techniques in an attempt to get customers to choose their drink over the competitors.

Pepsi’s most influential and largest-scale effort to prove its brand was superior was unquestionably the Pepsi challenge.

So what is the Pepsi Challenge?

The Pepsi challenge put the ball in the customer’s court and let them decide which company really made the best soft drink through a blind taste test – with Pepsi coming out on top.

But there’s more to that story, so read on…

Pepsi and Coca-Cola have been battling it out for superiority ever since their brands were invented many years ago. In 1893, Caleb Bradham created the first-ever recipe for his drink which was at the time called “Brad’s drink.” By 1893, the name was changed, and Pepsi-Cola was born.

The original purpose of the drink was not to act as just a tasty and refreshing drink, but Pepsi was originally intended to help in digestion and boost the drinkers’ energy.

Pepsi truly took off and became a big name during the great depression when they began to sell their drink in a 10-ounce can for a nickel which allowed the poor American people to have something to keep them full during the worst economic crisis America had ever seen.

In the 1900s, Pepsi really began to grow as new marketing efforts attempted to solidify them as the go-to brand for soda. However, the Coca-Cola company was right beside them battling for a take of the American drink market.

The rivalry and competition between the two brands are almost intertwined with their history and are often the subject of many debates and arguments.

Each company has devoted millions of dollars to promoting its brand as superior, with Pepsi even painting a Concorde jet in its new colors to spread its message to consumers. 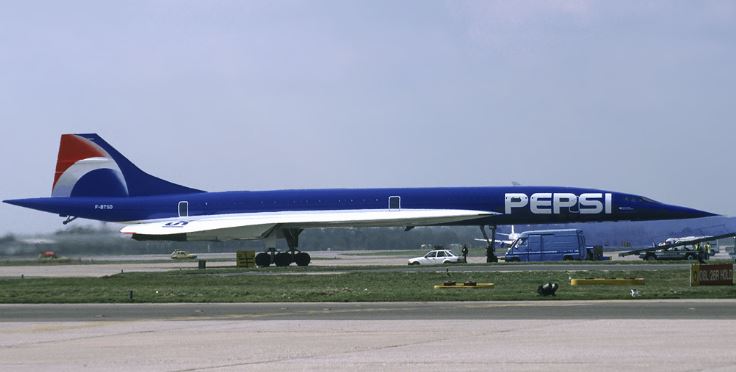 The extravagant marketing each company was committed to mean that one of them had to do something to directly show people that their drink was better.

This is wherein 1975 the Pepsi challenge was born. The Pepsi challenge swept the nation and had people questioning their brand loyalty as more people were preferring Pepsi Co. to Coca-Cola carbonated beverages without even realizing it.

See their commercial add further down.  Stirring up nostalgia?

The Pepsi challenge was in its roots such a simple and low investment marketing scheme, but it helped the company spread its message as the superior drink.  Pepsi simply had shoppers drink from two unlabeled cups to decide which drink they preferred more.
This simple method of fostering a positive image for Pepsi helped them more than painting a plane and stirred cup consumers about which drink they really did prefer.

Once the event started to gain traction and results began to spread about more people preferring the taste of Pepsi when not knowing which brand they were drinking, Pepsi used this to its advantage and began to implement this success into the rest of its advertising suite.

New Pepsi cans were introduced that encouraged users to try the challenge themselves in an effort to spread their brand message to an even wider audience. Coca-Cola Classic shot back and produced pins for their own supporters that said things like “I chose Coke” to make sure that the challenge wasn’t damaging their own image and sales numbers.

The overall impact of the challenge was more widespread awareness of the Pepsi brand and a shuck-up public option as to which some people really did prefer despite their brand loyalties.

Despite the widespread success of the Pepsi Challenge for the brand’s image, there were many critics who saw the challenge as flawed due to the nature of how each drink tasted.

The Researcher Malcolm Gladwell tested the results of the Pepsi challenge and deduced that no matter what someone would normally have a preference to drink, someone who is given the choice between two beverages to take one sip of, the sweeter one will normally be chosen as tasting better in the moment.

With Pepsi being a naturally sweeter drink than Coca-Cola, Gladwell believed that even if people normally preferred an entire can of beverage to be less sweet, having just one sip to judge from will have people favoring the sweeter drink.

Many critics describe the test as trying to convince the public that there is a significant difference between the taste and composition of the competing drinks with secret formulas when in reality they are very similar in design and taste.

How to Perform the Pepsi Challenge

With such an interesting challenge and results that often leave the test subject questioning their own tastes, the Pepsi challenge is always fun an easy enough to try out on unsuspecting friends and colleagues.


With just a few simple steps, you can be on your way to trying out your very own Pepsi challenge.

To try the Pepsi challenge, you really only need 3 things. The first thing you will need is several plain white cups. The purpose of the identical and plain cups is so that the minds of the test subjects have no way to differentiate the drinks other than taste alone.

The second thing you will need is the drinks themselves. This step can be tricky because you need to keep the conditions of the drinks almost identical.

Make sure that you are either buying two bottles or two cans of the drinks kept at a similar temperature so there are no outside factors that will impact the results of the test.

Lastly, you need to find some willing test subjects. This should be easy enough as most people won’t refuse the chance to test their knowledge on what they think to be their preferred drink.

2. Have the volunteers try the drinks

Step two of the Pepsi challenge is to have the test subjects try each of the drinks. There is no concrete data saying which drink has to be tried first, so the order in which they try the soda is less important. Make sure that each participant only has one sip of each secret formula drink as this is part of the reason for the differing preferences in drink choice.

3. Get feedback and preferences

Once the test subjects have tried both drinks, it is time to get their feedback. The original test had the test subjects select which drink they prefer and then the administrator would reveal which soda was which.

4. Organize and analyze the data

After running the test on a large enough number of people to get conclusive results, you can now organize and analyze your data.

Depending on how many people you interviewed, the results could differ slightly, but in the end, there should be a slight preference towards Pepsi.

As mentioned earlier, most people will lean towards the sweeter drink on one sip despite their normal preferences.

You can draw whatever conclusions you want from the data, but now you have your own answer to the question of which drink people really prefer.

Pepsi decided fairly recently that it needed a new marketing campaign with a sweeter taste that would appeal to the younger generations and get a new brand image across. What Pepsi introduced as the new Pepsi challenge in 2015  with market share, has many famous influencers and celebrities encouraging social media users to take part in challenges over the course of the 2015 year.

The goal of the challenges is to use social media and celebrities to have people take positive action in their communities and to use Pepsi as a way to spread positive messages.

Pepsi wants to show itself as a brand that cares about social change and the 2015 Pepsi challenge helped them create a better world through Pepsi.

The worldwide reach of social media created an entirely new type of challenge and Pepsi led the charge with its drink.

Its strange to see what was once a simple test between brands turn into something so much bigger than any scan or test. The original purpose was to show that more people preferred the taste of Pepsi compared to Coca-Cola, but now it’s a competition to see which brand is more committed to changing the world.

The old test relied on basic psychological principles to help the market to a smaller audience in hopes of selling more products.

The change in how we share our messages and what people want to see from the companies they buy from creates a new world where the taste of a drink is the least important part of a brand.

Finally, do you know which soft drink was the first in space..?