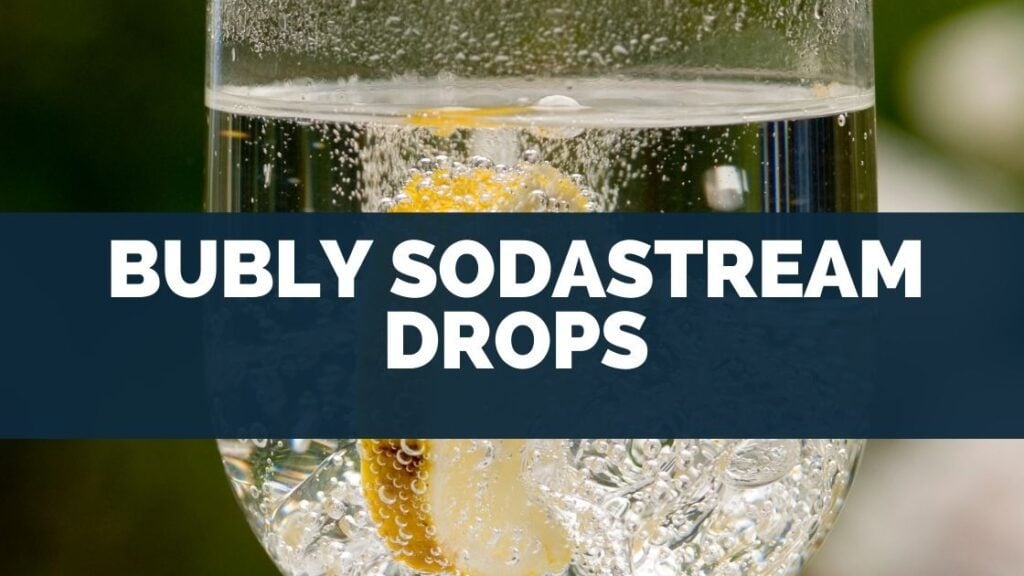 Sparkling water is no new invention and has been around for many decades.

You can opt to buy the manufactured branded cans, or you can even go for a SodaStream Machine allowing you to create your very own sparkling water at home.

Now imagine your favorite branded sparkling water company teaming up with SodaStream, and what do you get?

Both companies partnered up to reduce single-use plastic packaging and make this fantastic product.

This article will briefly cover sparkling water and its rise in popularity over recent years.

We’ll then take a look at Bubly sparkling water and its competitors, and then Bubly SodaStream drops

We will detail what they are, how they came about, who is partnered up with them, how to use them and where you can get your hands on some.

Finally, we’ll detail an overview of Sodastream if you do not already know who they are. 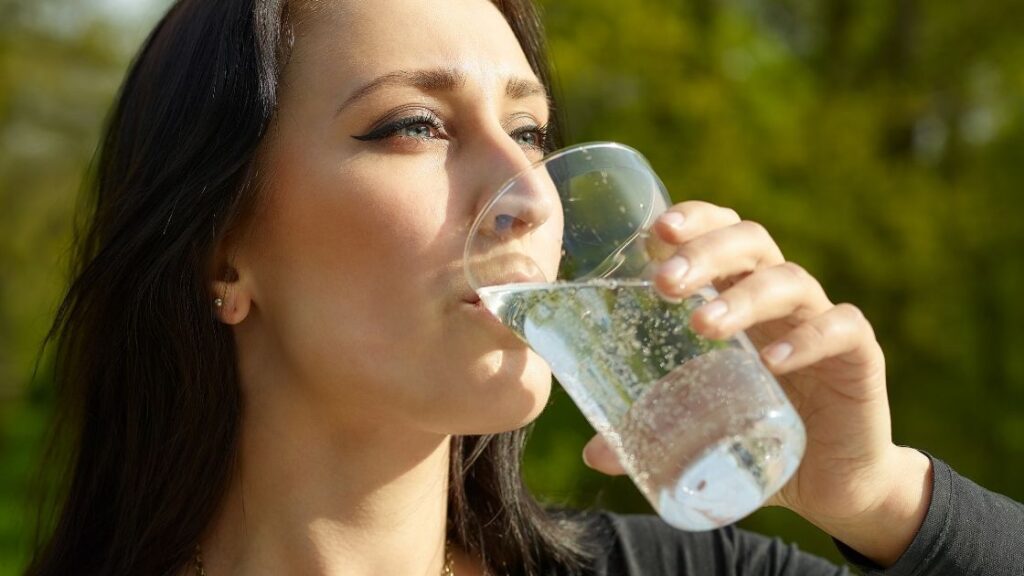 Although the sparkling water industry has generated millions in revenue in the United States alone every year, it has recently seen an exponential increase due to the fact that people are way more conscious about their lifestyle.

Many people have a much more conscious effort regarding their food, and drinking habits, with many trying to stay clear of any added sugars.

Due to the pandemic of 2020, these figures have risen, although we don’t have the exact figures yet.

Now the two most beloved brands in the sparkling water industry, Bubly from PepsiCo and SodaStream, have joined forces to crush their competitors allowing you to create and enjoy excellent Bubly flavored sparkling water from home.

This gives consumers many more options and ways to enjoy freshly-made sparkling water. 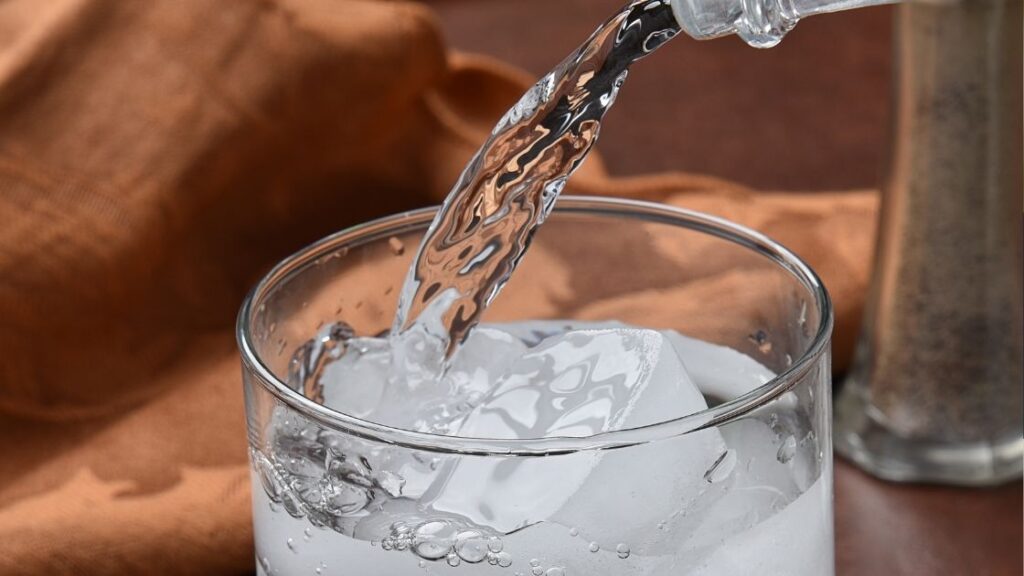 In early 2018 Pepsi launched its own line of sparkling water and aptly named it Bubly.

This brand of sparkling water has zero calories and was launched with eight water flavors that included strawberry, orange, cherry, grapefruit, lime, lemon, apple, and mango.

2019 saw them follow up these flavors with four new flavors: blackberry, cranberry, raspberry, and peach.

All Bubly sparkling water also boasts no artificial flavors or sweeteners and, as of late 2020, has amped up its range to contain fifteen different flavors.

Everyone has their own opinion of what tastes good and what does not, especially when it comes to flavors.

However, if we take a look at the Amazon listings for this product, we can see that at the time of posting an overwhelming 67% enjoy it giving it a total of 5 stars, with another 11% giving it 4 stars.

That would mean an overall positive rating of almost 80% from a global rating of over 4400 customers.

Some people don’t enjoy it and have voiced their opinion with 10% giving it a 1-star rating.

According to Healthline,  there has been no evidence proving or even suggesting that carbonated sparkling water is bad for your health.

It is also not harmful to your dental health, and it would seem to have no effect or side effects on bone health.

One thing to note is that a carbonated drink can enhance digestion and reduce constipation by improving one’s swallowing ability.

Thus the bottom line is it is at this moment not bad for you.

What sweetener is used in Bubly?

Bubly does not use sweeteners in their flavored sparkling water, and they boast that their product only contains natural flavors like the ones found in La Croix.

In addition to what we touched on above, they also have no added sugar or artificial colorants.

BusinessInsider ran a comparative test with millennials in order to figure out which company made the better sparkling water.

The results were clear, and they indicated that La Croix was the clear winner.

They focused on the can branding and then tested individual Bubly flavors, including grapefruit, lime, and strawberry.

They had their remarks about each with the main concerns: the flavors were a bit weak, with strawberry being the strongest but tasting like a chewy fruit snack.

They then proceeded to compare Bubly to La Croix, comparing the two competitors’ lime and raspberry flavors.

La Croix won, and this was due to them saying that Bubly has an initial burst of flavor while La Corix has a more lasting natural flavor and aftertaste. 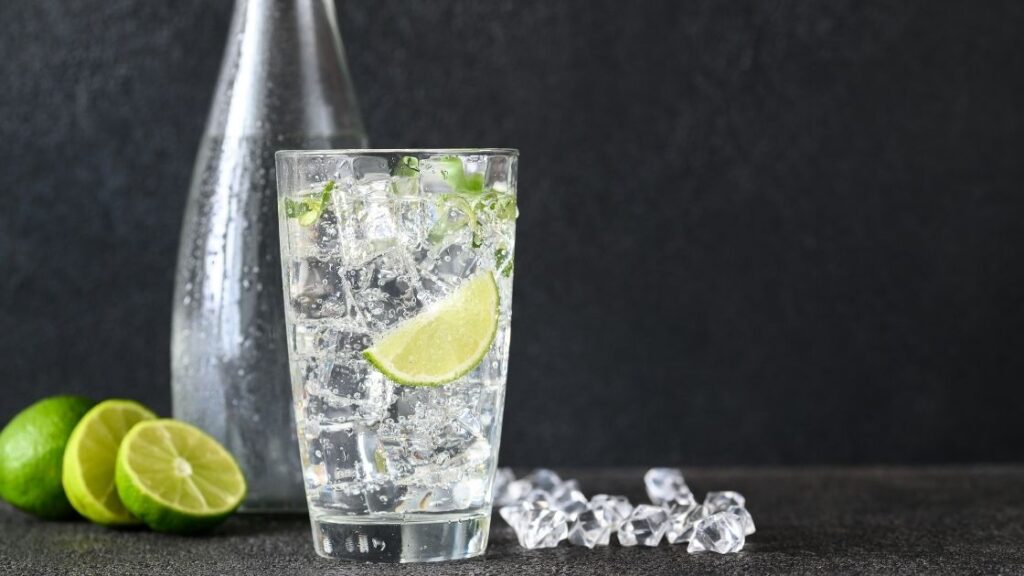 Bubly SodaStream drops came about because the two brands joined together and were committed to reducing single-use plastic packaging.

In addition to their partnership, Bubly in 2019 announced that it would no longer be selling its products in plastic packaging (which is excellent for the environment).

As with their canned sparkling water, the Bubly SodaStream drops contain no sweeteners, no artificial flavors, and no calories in the ingredient list.

The range of flavors for the Bubly SodaStream Drops started with grapefruit, cherry, mango, strawberry, lime, and blackberry totaling six unique and incredible flavors that you get to choose from.

In the last few months, they have expanded their flavors, and they intend to carry on doing so.

Bryan Walsh, the GM (General Manager) of SodaStream U.S, said he couldn’t think of a better partnership than SodaStream and Bubly and was further noted to say that both brands share values that are rooted in playfulness, wellness, social good, and sustainability.

In addition to their partnership with SodaStream, Bubly has partnered up with four-time Grammy award-winning singer Michael Bublé.

This is probably due to the funny fact that some people don’t know how to pronounce Bubly the drink and then Micahel Bublé’s last name.

They have also created an ad where Michael Bublé introduces the new Bubly SodaStream Drops with the SodaStream machine once again playing on the comical last letter of its and his name.

You can find Bubly SodaStream Drops at most major retail outlet stores and online from many e-commerce retailers.

The MSRP (Manufacturers Suggested Retail Price) is typical $5.99, but you can also get value and variety pacts at a discount.

How to use Bubly SodaStream Drops

If you are reading this article, you perhaps have an inkling of what SodaStream is, and if you don’t, we cover that in the subsequent headings.

It’s the simplest thing in the world now to create your own freshly-made Bubly flavored sparkling water from the comfort of your own home.

All you need is your SodaStream machine, and with the push of a button, you carbonate your water.

Then you just add your Flavored Bubly drops and viola.

As we touched on, Bubly SodaStream Drops bottles are free from single-use packaging and are made from glass.

Moreover, each bottle can make up to 12 liters of flavored sparkling water if you follow the instructions accordingly.

Now that we know what Bubly SodaStream drops are and how to use them let’s look at the two companies that partnered together to bring us this cool new delicious flavored drink.

SodaStream, believe it or not, was founded over a century ago, back in 1903.

It is an Israel-based manufacturing company that is best known for designing and manufacturing their home carbonated product that sports the same name.

The SodaStream Sparkling Water Maker adds carbon dioxide to water from a pressurized cylinder, and in turn, it creates soda water (what many people refer to and is also known by the name Seltzer water).

In addition to the SodaStream machine, the company has a line of flavors that go hand-in-hand that total more than 100 types of concentrated syrups and flavorings.

The SodaStream company has grown to such a degree that they now distribute its products to more than 80,000 individual retail stores which span 45 countries.

Suppose you are conscious about your health and are looking for alternatives to sodas and fruit juice and have never tried SodaStream.

You get many options to choose from when it comes to you wanting to purchase a SodaStream machine, and there will definitely be a version of it that suits your lifestyle and kitchen decor.

Check out this Soda Stream Machine on Amazon here

For many decades, individuals have been enjoying SodaStream, which allows you to produce freshly-made carbonated water in your own home’s comforts.

There has never been an issue with SodaStream offering over 100 flavors to choose from, and now you get even more variety with a company that specializes in creating flavored sparkling water.

What could be better than that?

Since 2018 Bubly has made a name for themselves, manufacturing flavored sparkling water under their parent company PepsiCo and have become an overnight sensation and a go-to fan-favorite offering more than fifteen flavors as of 2020.

Now consumers get the best of both worlds to create inexpensive sparkling water and are able to add their favorite flavors from their branded sparkling water soft drink.

The benefit of this is that Bubly contains no artificial flavors, colorants, sweeteners, or sugar and is excellent for the planet.

That’s how this partnership came about, as a matter of fact, due to the environment and the two companies hoping to create sustainability in reducing single-use plastic packaging.

Whatever your wants or needs are now for sparkling water, they are indeed covered by the array of canned sparkling water that Bubly offers along with their Bubly SodaStream Drops,

Use these flavoring drops with your SodaStream.