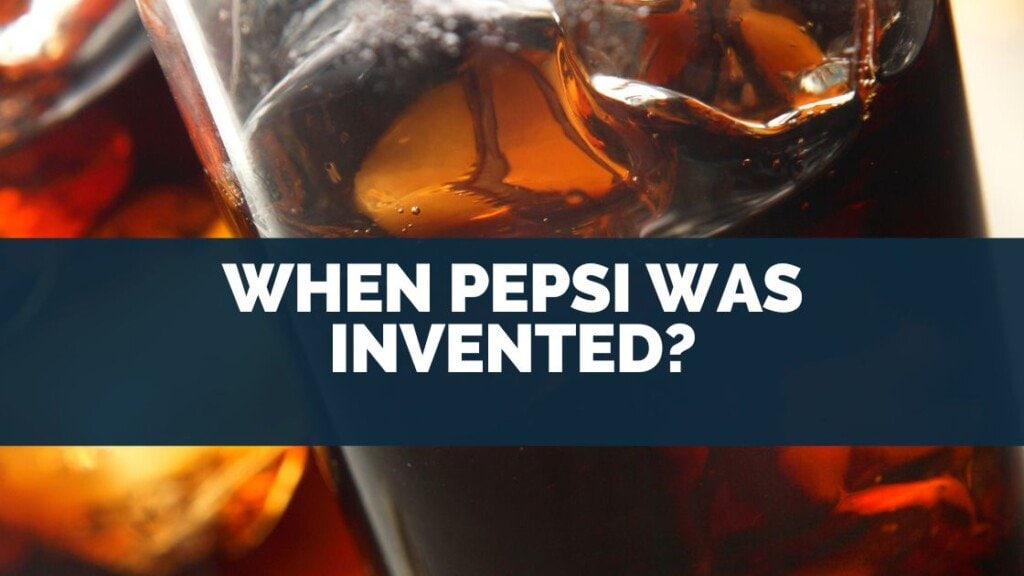 Sodas are very popular, and one of the most well-known sodas is Pepsi.

Pepsi was first invented a long time ago, and in this article, I will cover when and why Pepsi was invented.

He originally named it Brad’s drink rather than Pepsi, but later changed it to Pepsi-cola in 1898.

One of the other most popular soft drinks is Coca-cola, affectionately known as Coke.

Coke and Pepsi are very similar in taste and color.

Below is a rundown of whether Coke or Pepsi was invented first, why Pepsi is called Pepsi, and 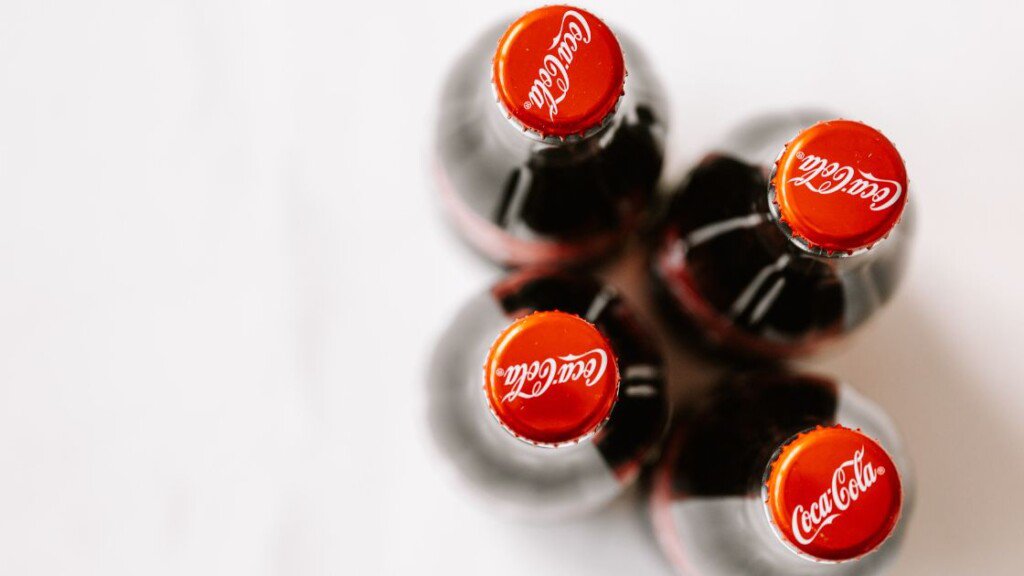 Coca-cola is the most popular soft drink in the USA and worldwide.

This can easily be seen when comparing the sales of Coke compared to other soft drinks.

But was Coke invented before Pepsi, and did one company copy the other?

Before Pepsi was invented, Coca cola was very popular, and the person who created Pepsi wanted to duplicate the success of Coca-cola, according to Encyclopedia Britannica.

After the initial success of Coca-cola and Pepsi, both companies released different flavored sodas.

At the time when Pepsi was first invented, it was common to find soda fountains in chemists.

These were similar to water fountains.

But, instead of water, they dispensed soda. Imagine that!

Pepsi became very popular in the first 5 to 10 years after it was invented.

But, after that, World War 1 started.

At this time in America, people had far less disposable income. Therefore, companies struggled to stay in business (source).

Charles Guth and the invention of the Pepsi can

Which included all the trademarks and recipes.

He is credited with being the person who made Pepsi as popular as it is today.

One of his main achievements was packaging Pepsi in 12 oz cans.

According to economists, this is the equivalent of about $0.89 cents in today’s dollars.

Why Was Pepsi Called Pepsi? 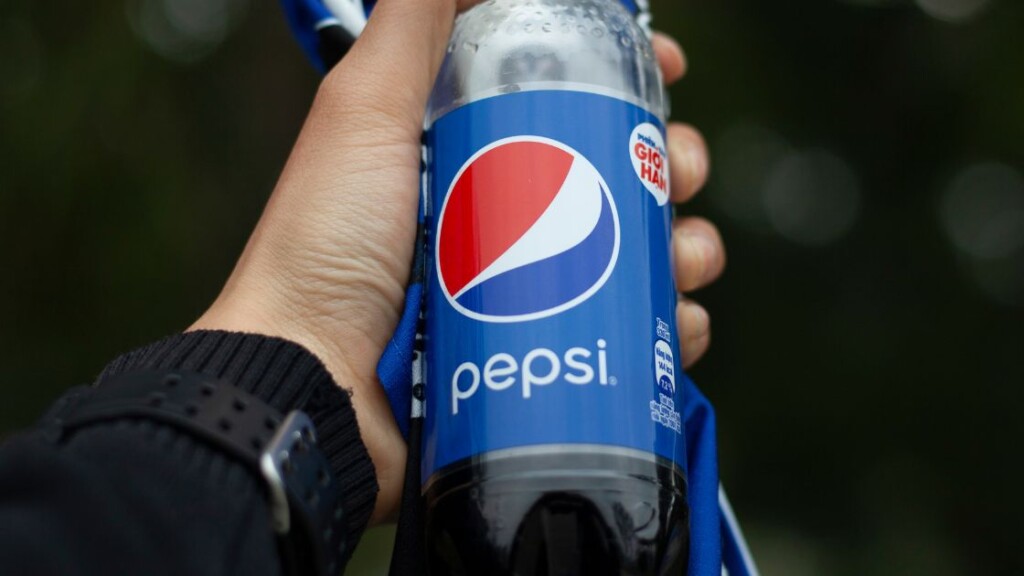 Pepsi is a bit of an odd name, but nonetheless is a household name worldwide.

Much like other brand names that seem to not make sense, it’s interesting to know why brands are called what they are.

So, here is why Pepsi was called Pepsi, and what it means.

Pepsi was called Pepsi because it contains pepsin and cola nut extract.

Pepsin is one of the main digestive enzymes produced by the stomach.

Pepsi-cola or Pepsi is a shortening of the two unique ingredients found in the original Pepsi.

There are a few different types of enzymes found naturally in saliva and in the stomach.

Pepsin, the additive added to Pepsi, is used by the stomach to break down protein.

But, according to Reader’s Digest, Pepsi no longer contains pepsin.

It’s also not included as one of the ingredients on the Pepsi product label.

Why was pepsin added to Pepsi?

According to medical professionals, digestive enzymes in the stomach can be lacking.

Or a person’s body needs to produce more.

Many foods, such as fruits and fermented foods like kimchi and saur-kraut, contain digestive enzymes, which promote stomach health.

Here’s a video that explains this in more detail:

When these are lacking a person can experience:

Pepsin is one of the main digestive enzymes responsible for breaking down protein (source).

As you may know, there are 3 broad categories of nutrients found in food: protein, carbohydrates, and fat.

Caleb D. Bradham, the person who invented Pepsi, was a pharmacist.

Pharmacists are typically also trained and interested in health-related topics related to chemistry.

He invented Pepsi for two reasons:

However, nowadays, various products can aid digestion, and sodas have a bad rap for being unhealthy.

Mainly because most contain high amounts of sugar.

Sodas are now seen as a refreshing drink.

It’s a bit of a mystery when pepsin was no longer included as an ingredient in Pepsi.

Who Created Pepsi and Why? 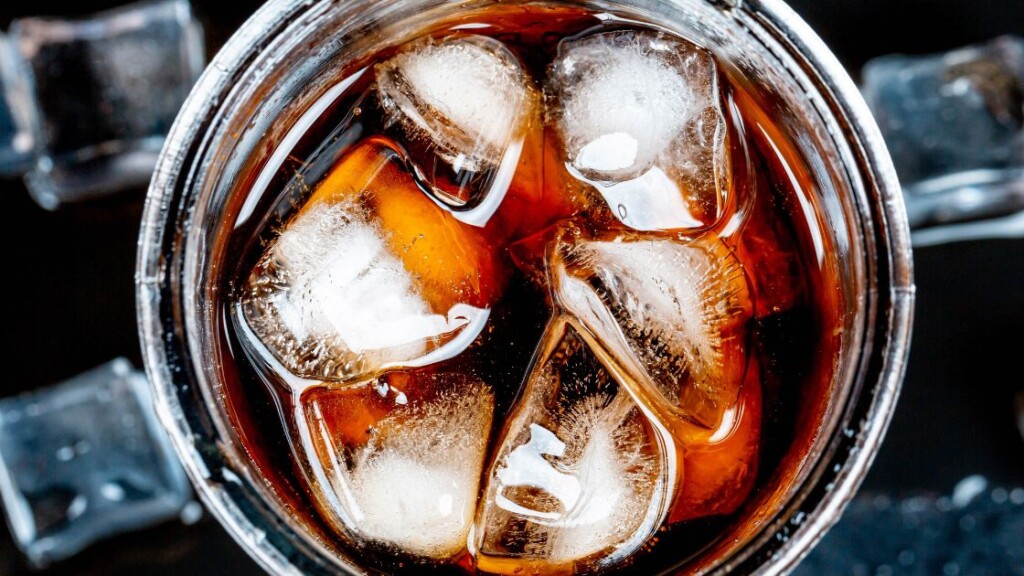 Pepsi is one of the most well-known sodas, and has been produced for over 120 years.

Every soda brand has a unique history so here is who created Pepsi and why.

Caleb Bradham invented it because he wanted to create a soda that was as popular as Coca-cola but also had digestive benefits.

His new cola soda has pepsin, a digestive enzyme the stomach produces.

Carbonating drinks were also commonly seen as something that aids digestion.

And advertisements for early sodas were more about taking sodas as a medicine instead of being thought of as a refreshing and delicious drink.

Pepsi is owned by a huge company called PepsiCo.

PepsiCo owns thousands of brands, but not only beverages but also what they call ‘convenient foods’ such as snack bars, soups, and cereals.

I covered all the different brands they own, as well as, whether they own well known restaurants like KFC, Taco Bell, and Dunkin’ Donuts.

Why Is Pepsi Black in Color? 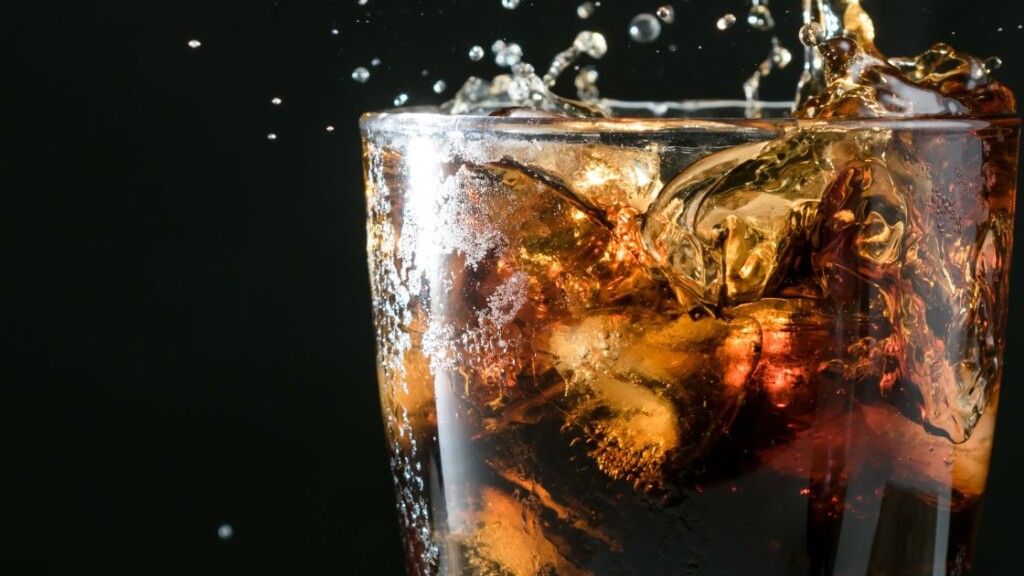 The ingredients in sodas are commonly colorless, and it’s common practice for sodas to contain food coloring to change their color.

Black is an unusual color for a drink, so here is why Pepsi is dark brown to black in color.

Pepsi is black to emulate the color of the kola nut, which is browny-red.

The kola nut was an original ingredient in sodas, and is why they are called colas.

Also, Pepsi was created to emulate the success of Coca-Cola, which at the time was dark brown/red.

The overall color of Pepsi is not solid black but only appears that way in large quantities when, such as in bottles.

You will notice that if you only have a small amount of Pepsi in the bottom of a glass, it looks light brown in color.

Here’s a video that explains what the cola nut is.

Was Dr Pepper Invented Before Pepsi? 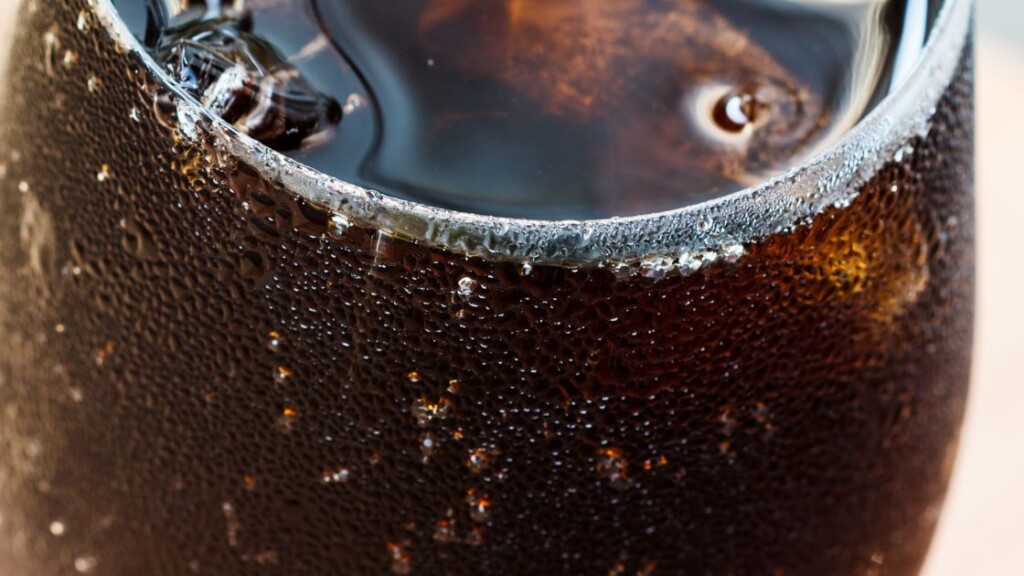 Dr Pepper is also a cola-like drink similar to Pepsi but has hints of cinnamon and cherry.

Dr Pepper has been around for a very long time. But, here is which one was invented first: Dr Pepper or Pepsi.

Whereas Pepsi states that Pepsi was invented in 1898.

The original Dr Pepper soda was called Waco but was later renamed to Dr Pepper.

Pepsi was invented some 14 years after Dr Pepper.

And Dr Pepper was invented about 1 year before Coca Cola.

However, the situation under which they were invented was about the same.

It was common practice for pharmacies and drug stores to have a soda fountain.

Over time, some syrup mixtures were discovered to be a big hit.

Coca-cola, Pepsi, and Dr Pepper are all the result of syrups that were found to be very popular.

As a result, the people who invented them got the idea to bottle them to be able to sell more.