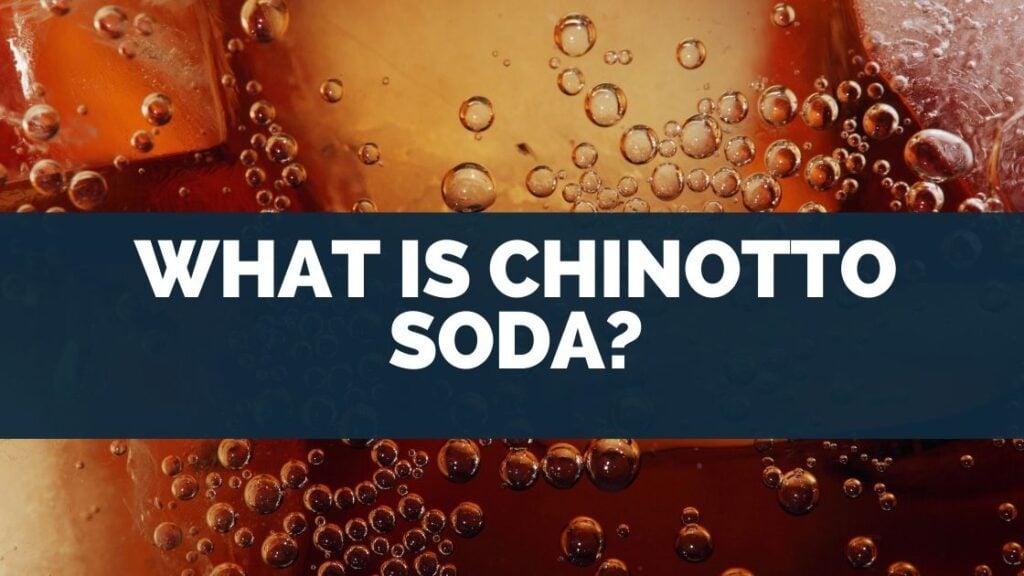 There are many unusual sodas on the market today and Chinotto Soda is probably one I’d recommend and for good reason.

Italian sodas are known for being delicious and unique as far as flavor profiles go, making them a popular option to try especially if you’re someone that likes to mix things up a little.

This is a dark beverage that has a bittersweet taste characteristic of the plant that it is made from.

The drink has been around since antiquity and was modified to become a soda in the 1950s.

If you want to know more about this delightful Italian drink, read on for more information!

What is Chinotto Made of? 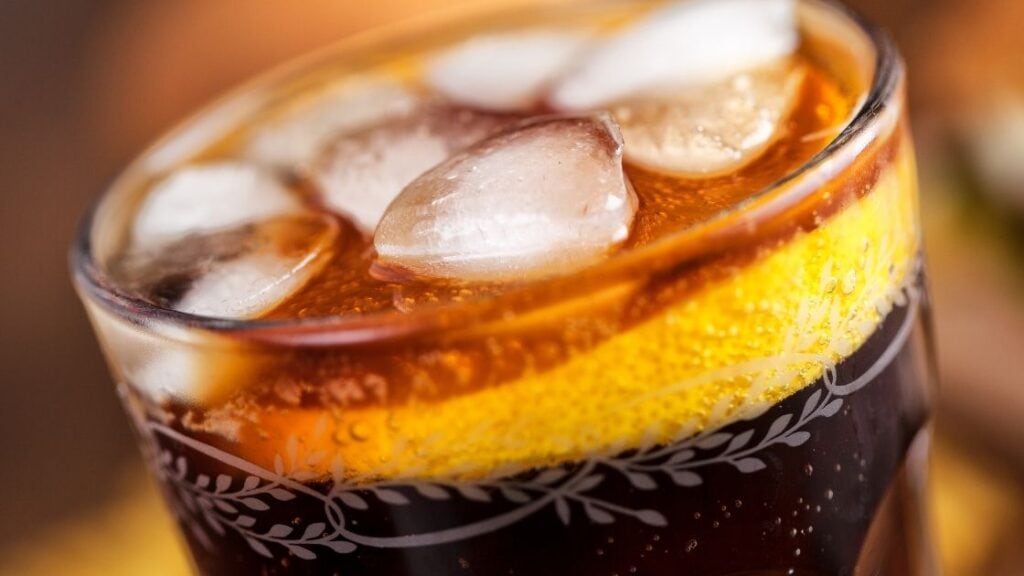 Chinotto is made from the bittersweet fruit of the Myrtle-leaved orange tree.

This is a soft drink that is based on the original drink that was famous in Italy in antiquity but it has now become a popular soda in Italy.

San Pellegrino sells its own version of this delightful Italian treat, and they offer it up as the “Italian Cola”.

While this drink looks a lot like Coca-Cola when poured into a cup, the flavor is more like a Cola drink with some mixed in cinnamon and bitter acidic fruit notes.

No matter which version of Chinotto you try, you will not find that it tastes like Coca-Cola, even though it looks like it is in a glass.

This is a very unique flavor profile that not everyone enjoys.

Some people are passionate about it while others do not like it at all.

It is a very polarizing taste experience for most people. 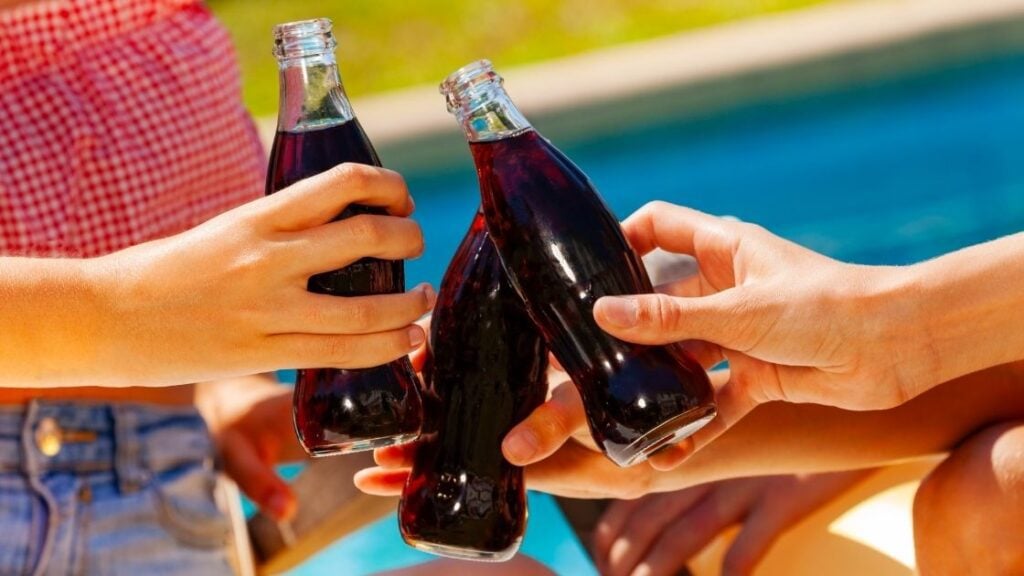 The reports on the caffeine content of Chinotto are conflicting, but it appears that the most common brands who offer it, like San Pellegrino, do not include caffeine in their recipe.

There are supposed to be brands that are made in other countries which do contain caffeine, but they are likely not true Chinotto if this is the case.

Chinotto is treated more like an orange juice alternative or a natural Coca-Cola in Italy and is therefore not caffeinated.

This is much different than most sodas, which all seem to come standard with caffeine in them.

This is part of what makes the Chinotto experience so unique when you are looking at trying out a sparkling soda that is outside of the normal realm of treats with light carbonation in them.

What Can You Mix with Chinotto? 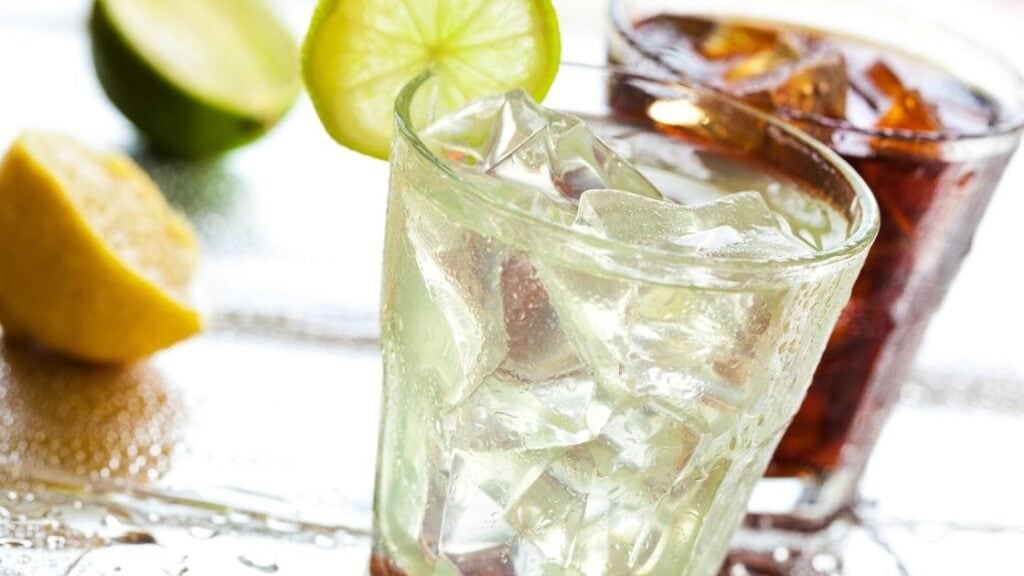 Chinotto is actually used in many alcoholic drinks and makes a great mixer for certain flavor profiles.

There is no shortage of uses for an orangey flavoring product, and Chinotto is a great answer to this need.

In Italy, there are some classic drinks that are made using Chinotto and many of these traditional drinks include bitters, coffee liqueurs, or even rum.

A perfect example is called Heart of Darkness, and it includes rum, Fernet Branca, Chinotto, lime juice, blackberry syrup, and mint! All kinds of fruity mixed drinks can use a splash of Chinotto to dress them up and make them lively!

Chinotto is included in a lot of drinks that are naturally a bit bitter, but it elevates the flavor profile beyond the boring taste that you usually get from simply adding bitters to your beverage. 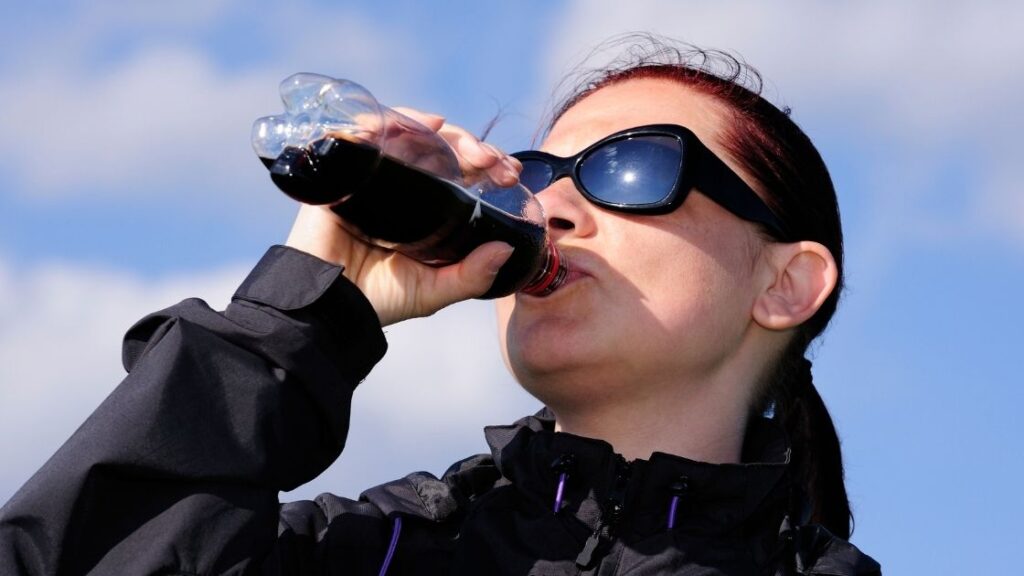 No, this drink is not alcoholic.

San Pellegrino makes many suggestions about how to use this soda in many different mixed drinks, which might lead to confusion about the alcohol content of the drink itself.

There is no alcohol in this classic soda, no matter which company you are able to buy Chinotto style drinks from.

San Pellegrino does suggest food for the Soda Pairs on their website and they treat it like an after-dinner or during-dinner treat rather than as a casual soda that you might just buy from a vending machine and enjoy.

This is a departure from the way that this soda is marketed in other places and when made by other manufacturers.

San Pellegrino makes it clear that their version of the classic drink is a step above the regular Chinotto that you might try and that it deserves to be treated more like a fancy cocktail or a fancy specialty drink than a soda.

They suggest the best temperature for enjoying Chinotto is 35-40 degrees Fahrenheit, and they also suggest a lemon juice and lemon peel garnish to make the taste of the soda really come through.

Does Chinotto Have Health Benefits? 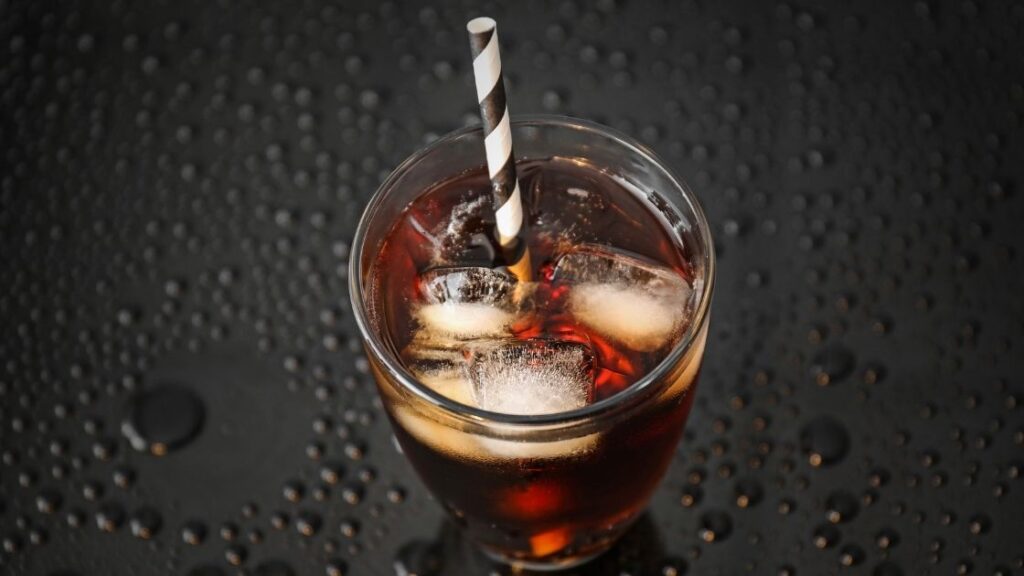 Chinotto has long been associated with health benefits due to the ancient nature of the original recipe.

The original drink was thought to be healthy for digestion and good for energy, but the new soda is only a version of the original model.

Some studies have shown that some of the compounds of Chinotto do afford those who drink its health benefits.

The tree which is used for the flavoring process is actually full of healthy substances that can impart benefits to your health.

Vitamin C is great for organ health, supports healthy and clear skin, and improves the immune system. Vitamin C can also give you a boost to your energy levels and make you feel refreshed even when you are tired.

There is quite a bit of Vitamin C in Chinotto, making it a good source of this vitamin despite the fact that it is a soda.

Bitter orange has long been associated with weight loss, and some studies have shown that products which include this fruit are helpful for managing appetite as well as creating a sense of added energy that helps support weight loss and exercise.

Bitter orange has a unique flavor profile that some people claim is medicinal in nature, but it does powerful things for your body and is well worth the experience as well as growing used to the taste.

The fruit itself actually imparts some fiber content to this soda as well, making it possible that this carbonated drink will help support good digestive health.

Fiber content is rare in sodas, and Chinotto is one of the only sodas to impart an amount of fiber that might actually be good for your digestion.

This drink has been modified greatly from the original recipe that was used both for enjoyment, and to support good health.

This does not mean that the bitter orange that it contains is not still effective enough to help you to feel energized and satiated after you drink it.

Where to Try Chinotto? 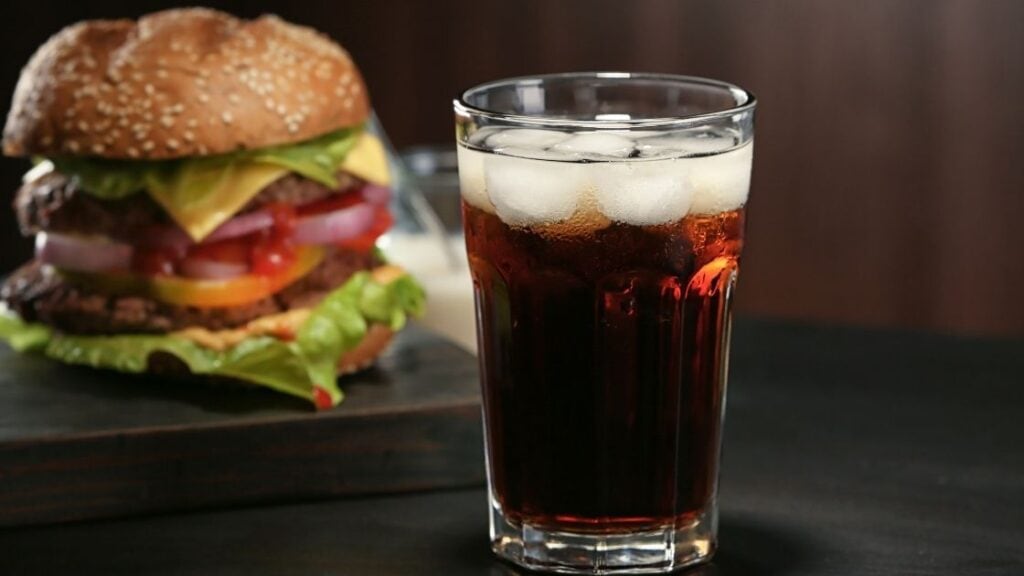 If you have decided that you want to try Chinotto, you might be wondering where you will be able to do this.

The drink is most popular in Italy and is sold primarily in Malta as well as Italy.

There is a version of this drink called Brio, that is sold in Canada but it is far sweeter than the Italian version.

Australian Coca-Cola products sell a Bisleri brand that is similar and is called Coca-Cola Amatil.

There is also a Venezuelan brand of Sprite that is sold under the name Chinotto but this is again a Coca-Cola product and is not similar to the real Italian Chinotto.

Malta has its own version of this drink as well which is called Kinnie.

This is a different soft drink, but it is quite similar to Chinotto.

If you want to try the real Chinotto, you will need to head to Italy or to Malta.

All of the other versions of this drink are not going to offer the same flavor profile as the real thing.

Chinotto is a Unique Drink 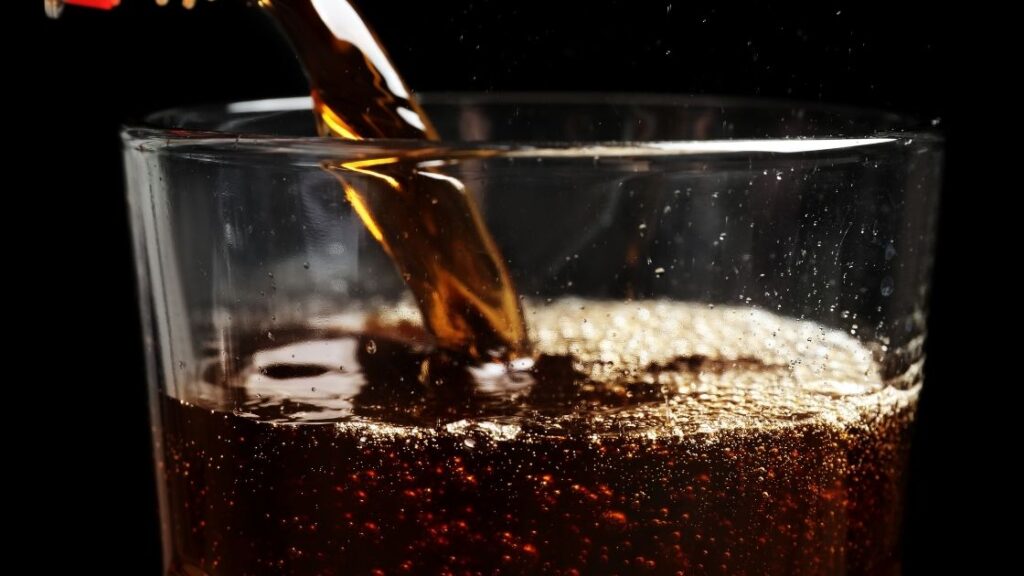 Whether you try Chinotto in a mixed beverage, or by itself, the flavor profile is going to be unlike anything else that you have ever tasted.

If you are familiar with San Pellegrino and other sparkling and fruity beverages, this drink is entirely different as it is less fizzy and more bitter than any of these other drinks.

This is one of the things that you absolutely must try when you are in Italy or Malta.

There is something delightfully Italian about this unique beverage and it is considered a part of the fabric of Italian eating and dining out.

You will not be disappointed if you take the time to try it out as it is such a very Italian experience!

Chinotto is a unique drink and well worth making the effort to try it out when you are visiting Italy.