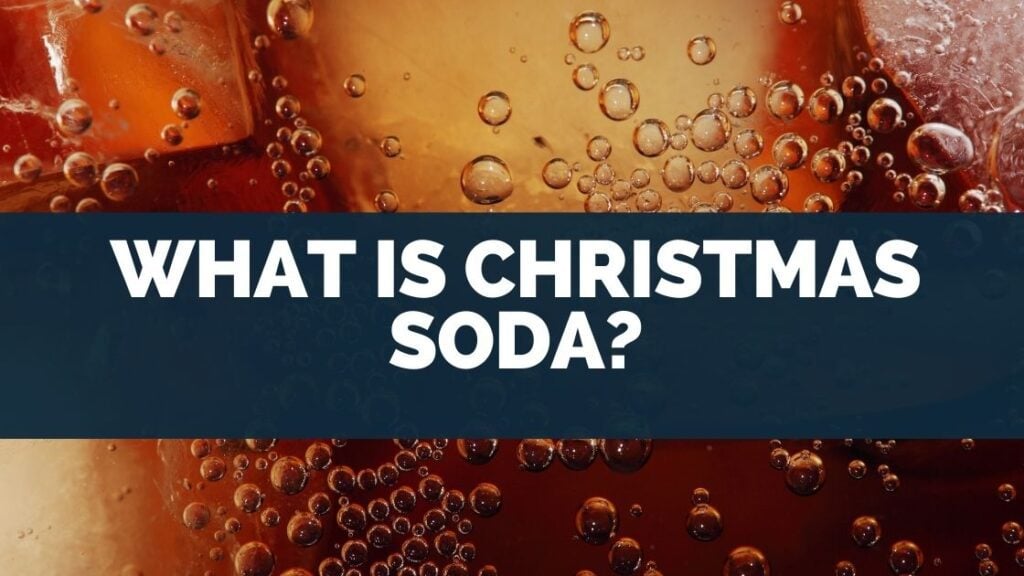 Christmas is celebrated in many countries around the world, each of which has its own unique and special traditions especially when it comes to food AND beverages.

One such unique tradition is the drinking of julebrus or Christmas soda in Norway.

Julebrus or Christmas soda is a non-alcoholic soft drink brewed in Norway for consumption at Christmas time.

It is manufactured especially for minors as a replacement for the traditional juleøl or Christmas ale, which contains alcohol, but is popular amongst adults too.

Christmas soda is also a popular drink in Sweden and is known as julmust.

Let’s take a look at this festive non-alcoholic drink, its origins, what it is made from, and why it is so popular in the Scandinavian countries.

What are the Origins of Christmas Soda? 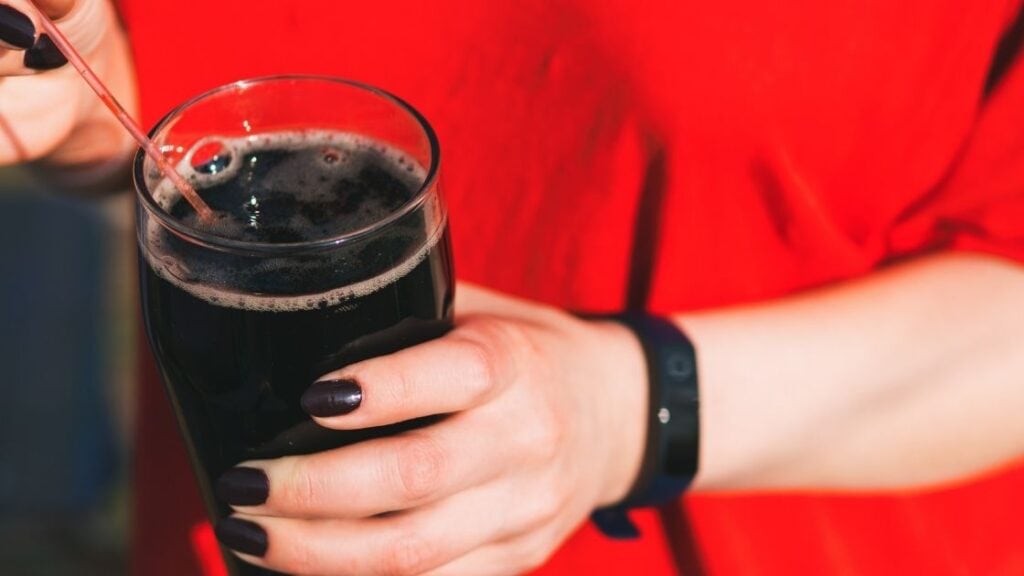 Christmas soda, otherwise known as julebrus in Norway or julmust in Sweden was created in 1910 by the father-and-son team, Robert and Harry Roberts as a non-alcoholic alternative to ale or beer.

The syrup is still manufactured by Roberts AB in Örebro which is the sole producer of julmust extract syrup.

The syrup is the base ingredient to all types of Christmas soda and is sold to various soft drink manufacturers who then add their own touch to the final product.

The exact recipe of the syrup remains a closely guarded secret.

What is Christmas Soda Made From? 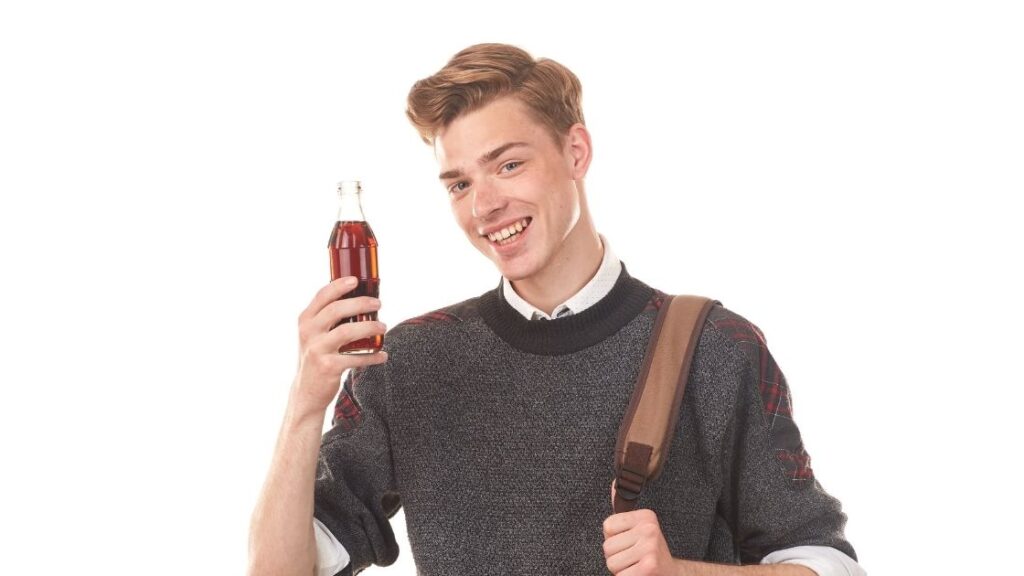 Christmas soda is made from carbonated water, hops and malt extract, sugar and spices, citric acid, caramel coloring, and preservatives.

The hops and malt extract gives the drink a root-beer-like taste and due to the preservatives, it is stored in a glass bottle.

The carbonated drink is available is in raspberry and strawberry red or a pale-brown hue similar to that of beer. 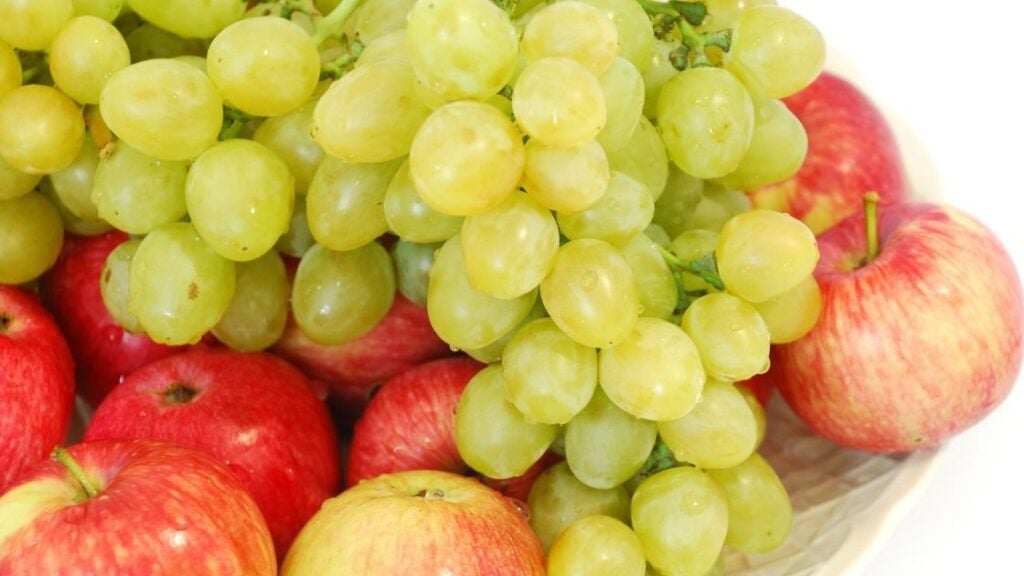 Christmas soda is sweet-tasting with a distinct vanilla flavor and touches of apple and grape.

The Swedish version – julmust – tastes like a blend of cola and root beer.

Does Christmas Soda Have Alcohol? 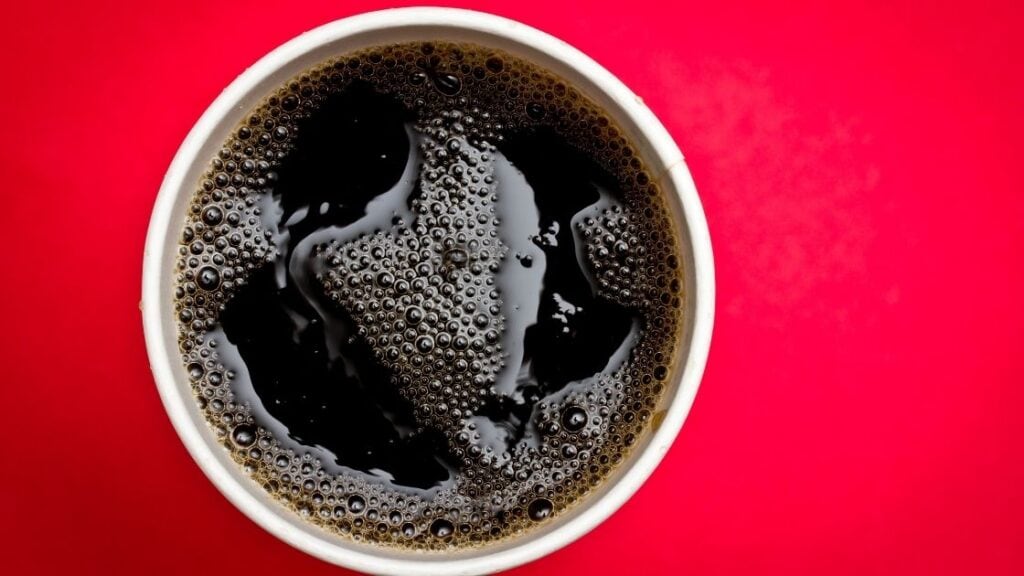 Christmas soda does not have alcohol.

The Norwegian soft drink is a non-alcoholic, carbonated soft drink with a festive label that is made as a Christmas drink for minors, who aren’t eligible (by law) to drink the traditional juleøl or Christmas ale.

Although aimed at the youth, the soft drink is popular with all ages.

Is Christmas Soda Only Consumed at Christmas? 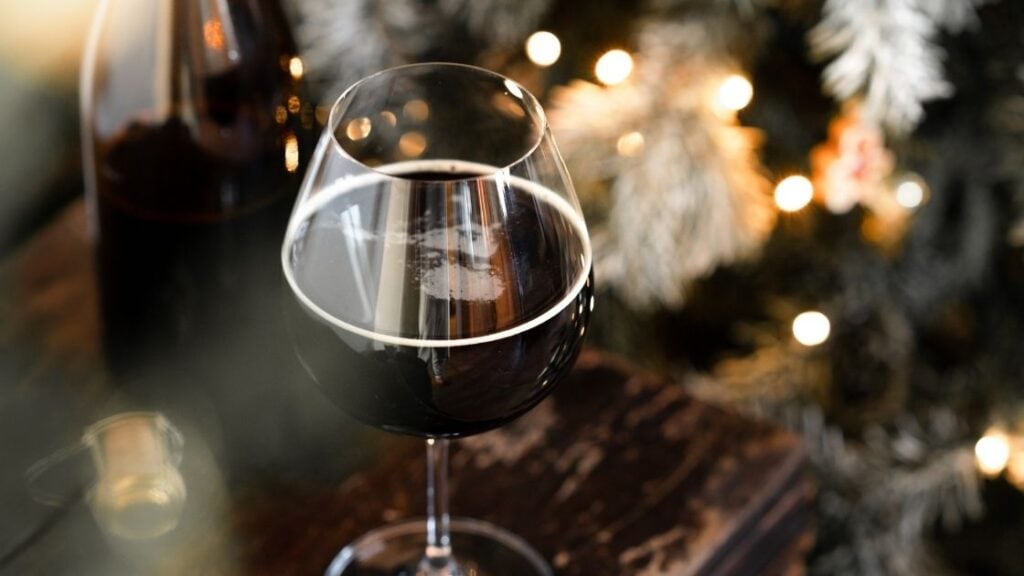 As the name implies, Christmas soda is only supposed to be consumed around Christmas time in December, but it is often found in stores as early as late October in the run-up to the holiday season.

Because the drink is steeped in tradition, drinking julebrus or julmust outside December is frowned upon by some.

Several local Norwegian newspapers and television programs hold julebrus tasting tests before Christmas to determine which brand of the carbonated drink is the season’s best.

In Sweden, julmust is sold in supermarkets and retail outlets throughout the country from mid-November through the end of December and is almost impossible to find in stores outside the holiday season.

The most popular two brands of julmust are Nygårda and Apotekarnes.

Swedish newspaper Aftonbladet states that julmust outsells all other soft drinks, including Coca-Cola, every holiday season.

Due to the Swedish seasonal soda cutting into other beverage companies’ sales, Coca-Cola attempted to produce their own version of julmust in the early 2000s but was unsuccessful.

Other Christmas Drinks in Norway 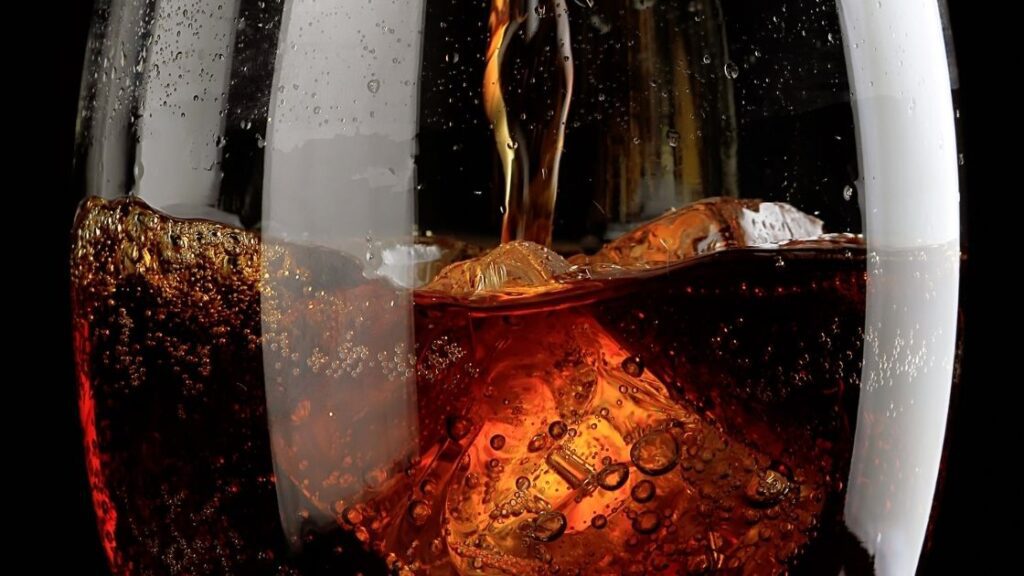 Julebrus is the most popular non-alcoholic soft drink at Christmas, however, there are a few other drinks that are also a seasonal favorite around December.

Juleøl or Christmas ale is the alcoholic version of julebrus and is darker and spicier than regular beer.

Brewed by virtually every Norwegian brewery and released during the run-up to the festive period, Juleøl is a dark, rich, and strong ale that is sold in bars, restaurants, and supermarkets around the country.

Brewing and drinking beer in the Nordic countries is a tradition that dates back more than 1,500 years to the Viking Age.

During the Viking Age, beer was consumed as a safer alternative to water in certain regions and while traveling and was the most consumed alcoholic beverage in ancient Scandinavia.

The tradition of drinking ale and beer at Christmas time began in the 1800s when large-scale commercial brewing in Norway grew exponentially and the Norwegian government began to regulate beer-making.

The first commercial advertisements for juleøl or Christmas beer appeared in the 1860s and 70s.

Today, juleøl is sold in licensed restaurants, bars, and clubs.

Some shops and supermarkets sell juleøl but only if it’s up to 4.7% ABV.

Juleøl with a higher alcohol percentage than 4.7% ABV can only be purchased at state-run alcohol stores known as Vinmonopolet.

Another popular drink consumed in Scandinavian countries at Christmas is Gløgg.

This is a warm mulled wine with a Scandinavian twist that is served with chopped almonds and raisins.

This traditional Nordic drink dates back to the 16th century when it was consumed by messengers and postmen who traveled on horseback in the cold, icy winter weather.

In the 19th century, gløgg became a common winter drink and can be consumed as is or mixed with juice, syrup, or harder spirits such as brandy or cognac.

While gløgg recipes vary widely, the common ingredient is the spices that are added to the wine, such as cinnamon, cloves, cardamom, and ginger.

Almonds, raisins, and citrus peel from oranges and lemons can also be added.

Juleaquavit is a festive version of aquavit, the beloved distilled and herb-flavored Scandinavian spirit.

Distilled from grain and potatoes and flavored with a variety of herbs, aquavit is a distilled spirit that has been produced in Scandinavia since the 15th century.

The spirit’s dominant flavor includes anise, angelica seeds, caraway, coriander, fennel, dill seeds, star anise, and orris root, along with distinctive flavors from the herbs and spices it is flavored with.

These specific tastes and flavors depend on the region in which the herbs are grown.

The festive version of Juleaquavit is usually spiced up with Christmas flavors like vanilla, cinnamon, caraway, and other spices such as angelica, coriander, and grains of paradise.

The vibrantly colored, sweet-tasting julebrus or Christmas soda is an integral part of the Nordic festive season and is much-loved by most Scandinavians. Skål!