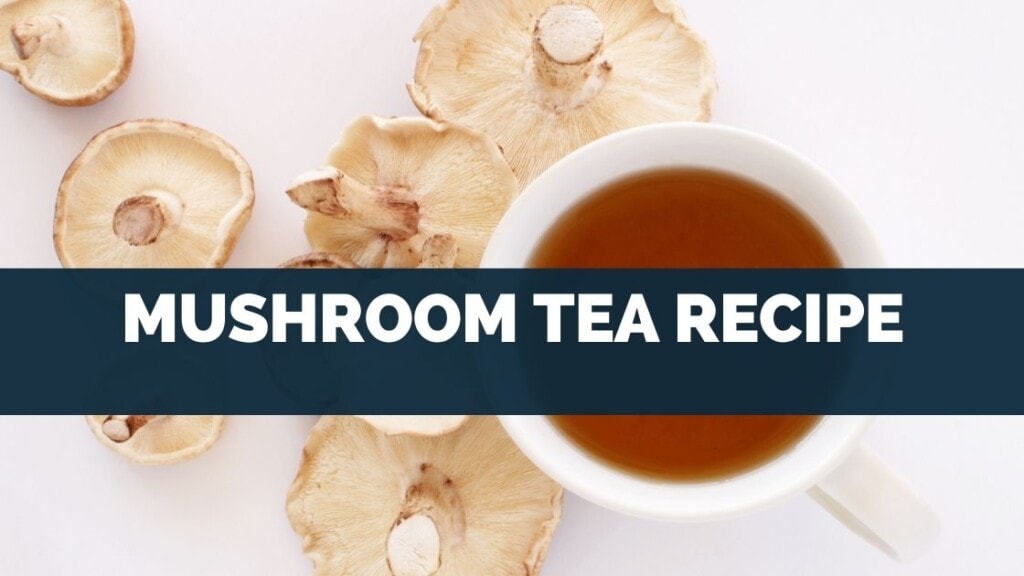 There is a range of different herbal teas sold in stores.

Mushrooms are well known for being a good source of many beneficial nutrients and can also be made into tea.

In this article, I will cover how to make mushroom tea.

Overall, you can use any type of mushroom and cut it very finely, dry them in the sun or a dehydrator, or cut them into large chunks.

Then lightly boil them in water, or pour them over boiling water and let them sit for a few minutes.

Also, add other ingredients based on your taste preference.

How Do You Make Healthy Mushroom Tea? 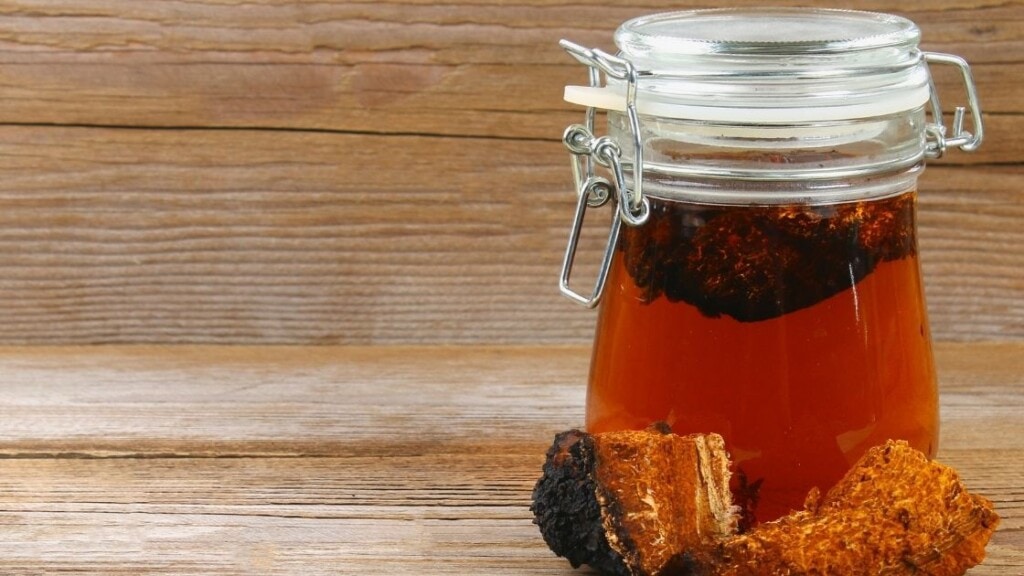 Mushrooms and other vegetables are good to consume, as they are high in fiber and beneficial vitamins and minerals.

Making mushrooms into tea though is a bit more complicated than it would seem at first glance.

As a general rule, mix mushrooms with boiling water and allow to sit for a few minutes.

It’s far healthier to consume the mushrooms with the tea.

Many nutrients that have beneficial effects aren’t water-soluble so aren’t present in the water part of mushroom tea.

Because of this fact, ground mushrooms can be a really good option.

When mixed well, much of the mushroom is suspended in the water so you consume it as you drink it.

This turns mushrooms into a liquid form.

But, the easiest way is to chop mushrooms and pour them over boiling water.

The one drawback is that you will need to eat the mushrooms with the tea, which can be a bit chunky like a soup.

Either method is a matter of personal preference.

Mushrooms tend to have a bitter, earthy flavor that is much improved by mixing it with other flavors, to enhance the mushroom taste and the experience on your taste buds.

Good spices/flavors to add to mushroom tea are:

Mushrooms have an earthy flavor, and each type of mushroom also has a unique flavor. Examples are:

These can each be used to make a tea, that for convenience is named after the type of mushroom.

It’s a good idea to change what flavors you add to mushroom tea if you’re going to add any.

One of the best flavors that go with cooked mushrooms in butter until they’re golden brown or black.

You can heat butter and pour it into a cup of mushroom tea.

It’s common for coffee drinkers to add butter to coffee when following a keto diet, or paleo diet.

The bitterness of coffee can also make it a good idea to make medicinal mushrooms in mushroom coffee.

This has the added benefit of boosting your energy levels.

Why smaller pieces of mushroom or ground mushrooms are better?

A better way is to turn them into mushroom powder by mashing them with a pestle and mortar, or into a coffee grinder.

It can also be bought at health food stores.

But, this might be a lot of effort to go to if it’s your first time drinking mushroom tea, and to get started, in my opinion, you should use fresh mushrooms, and play around with adding other flavors until you find something that you think tastes really good.

This will give it more surface area which increases the number of nutrients that come out into the tea.

Not all nutrients are water-soluble.

For example, the nutrients vitamin A, and vitamin K are found in moderate amounts and are not water-soluble.

So, if you drink the tea only you won’t get any of the vitamin A, and vitamin K.

And instead, you would need to eat the whole mushroom.

The nutrients that are water-soluble are:

All of these vitamins are good for your overall health and boost the immune system.

Indigenous peoples and cultures typically have a way of harvesting mushrooms and know where they’re most likely to grow from experience foraging for fresh mushrooms in the woods and meadows.

What Are the Benefits of Mushroom Tea? 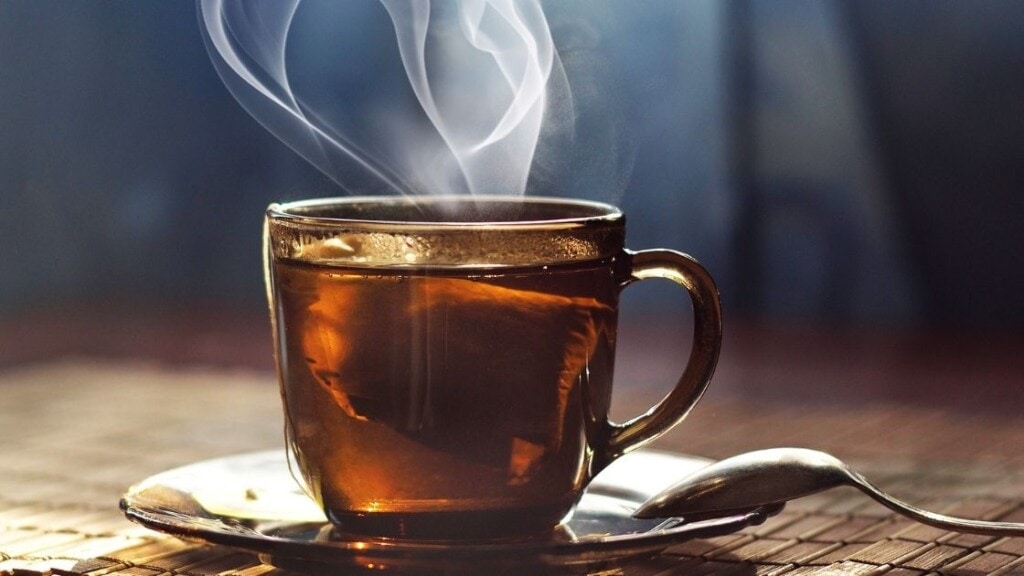 A cup of tea in general has a calming effect on the nervous system and is an incredibly popular beverage.

Mushrooms are also all-natural and contain many nutrients.

But, here’s what the benefits of mushroom tea are specifically.

Mushrooms contain antioxidants that are good for reducing inflammation and fighting free radicals that have some link to diseases such as heart disease,

There is what is magic mushroom tea, made from special types of mushrooms that have a psychoactive compound called psilocybin.

However, these mushrooms are typically very illegal and subject to incredibly harsh penalties in some jurisdictions.

But, in others, they are perfectly legal, and this magical fungus is consumed regularly.

They can be eaten as raw magic mushrooms, or mixed into food.

According to medical experts, they are a type of adaptogenic mushroom that is good for treating physical and mental health problems.

But, each of the different mushrooms produces different effects.

But, in traditional medicine, this fact was likely largely discovered by accident.

In modern medicine, there isn’t anything unique about mushroom tea, other than it provides a range of nutrients that aren’t found in other foods.

Preparing mushrooms to be made in mushroom tea

Mushrooms can be made into mushroom tea by chopping them fresh, drying them and turning them into a fine powder, or using them as dried mushrooms.

Mushrooms can be turned into dried mushrooms by putting them in a dehydrator.

This is also the way that orange peels can be prepared to make orange peel tea.

I explained what temperature is good, and how long orange peels should be dehydrated in this article about orange peel tea.

The same rules also apply to mushrooms but mushrooms tend to have moisture content and shrink a lot more than orange peels.

Drinking natural/herbal teas is good for weight loss if you consume them instead of sugary drinks like sodas.

Which can also reduce the risk of developing heart disease, which is one of the leading causes of death.

Mushrooms grow in moist ground and on the sides of both hardwood and softwood trees.

But some mushrooms are completely inedible and in fact toxic.

Like a mushroom that only grows on birch trees called fomitopsis betulina.

With magic mushrooms, it has been found that orange juice helps to break down the active ingredients that have psychoactive properties and make them easier for the body to absorb.

Lemon juice can also be added to mushrooms to do what is called ‘lemon tek’ or ‘lemon tekking’.

This also is reported to increase the psychedelic experience of psilocybin/psychedelic mushroom tea.

This blue sap can color the tea blue in color.

Mushrooms that have health benefits are called functional mushrooms. Here’s a really good video that explains how to prepare some medicinal mushrooms:

One of the simplest ways to prepare them is in a large pot with cold water or to heat water and pour it into a cup with chopped or powdered mushrooms.. 1 to 2 cups of water should be enough depending on how much tea you want to make.

For example, if you want to drink 1 cup of mushroom tea, then use 1 cup of water.

After boiling them for a few minutes, pour the mixture into a cup of tea.

This method can be to make a reishi tea recipe, but also works for any type of mushroom.

Pouring hot water over a tablespoon or two of mushrooms and letting it sit for a few minutes is a great way to make mushroom tea.

It can also be turned into a healthy iced tea.

Similar to how people take a shot of ginger or wheatgrass.

The flavor can be a bit bitter for some people’s tastes.

Another type of tea that has various benefits is raspberry leaf tea, it’s reported to be particularly good for pregnancy.

Are Mushroom Teas Good for You? 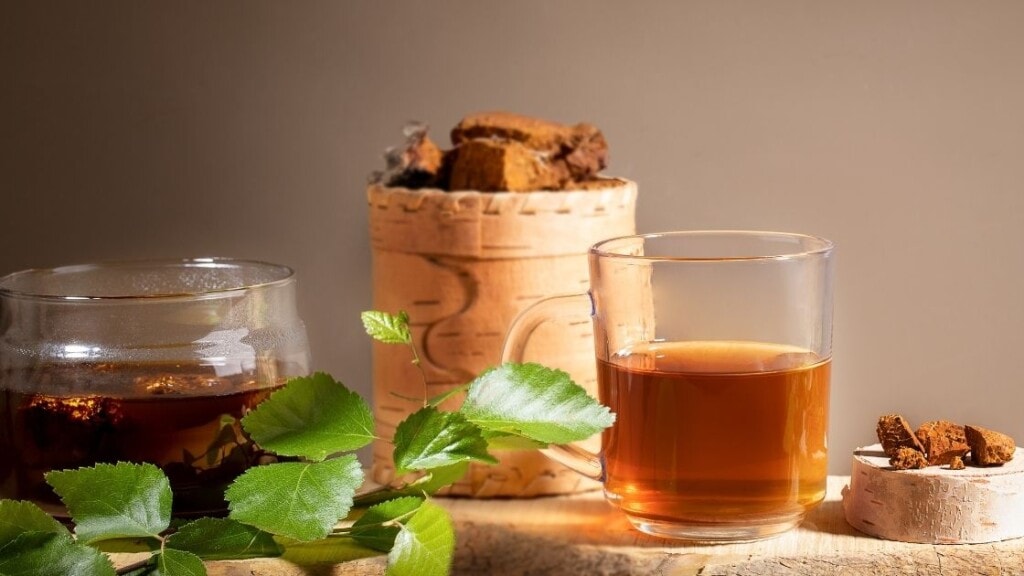 Mushroom tea and mushroom soup are quite popular and depending on the seasons and how easy it is to source mushrooms can be something that is consumed very often.

Herbal teas like mushroom tea are reported to be good for your health and are consumed regularly in many parts of the world.

But, are mushroom teas good for you?

Mushroom teas contain a range of beneficial nutrients that can be good for blood circulation, organ health, digestive health.

Mushroom tea is healthiest if you consume the mushrooms with the tea, as many of the nutrients in mushrooms are not water-soluble and will remain in the mushrooms.

There is a range of different teas made from this plant such as green tea, black tea, Earl Grey tea, and oolong tea.

These caffeinated teas are a great pick-me-up and are very popular.

I explained how much tea an average person drinks in this article about if drinking too much tea can be bad.

The few different ways to make mushroom tea are to boil it, pour boiling water over the mushrooms, or buy mushroom tea that is already in tea bags.

Mushroom tea is popular in the Baltic region of Europe north of Turkey, and in certain parts of Russia.

But, the exact medical properties of mushroom tea are thought to be part of an entire balanced and healthy diet. 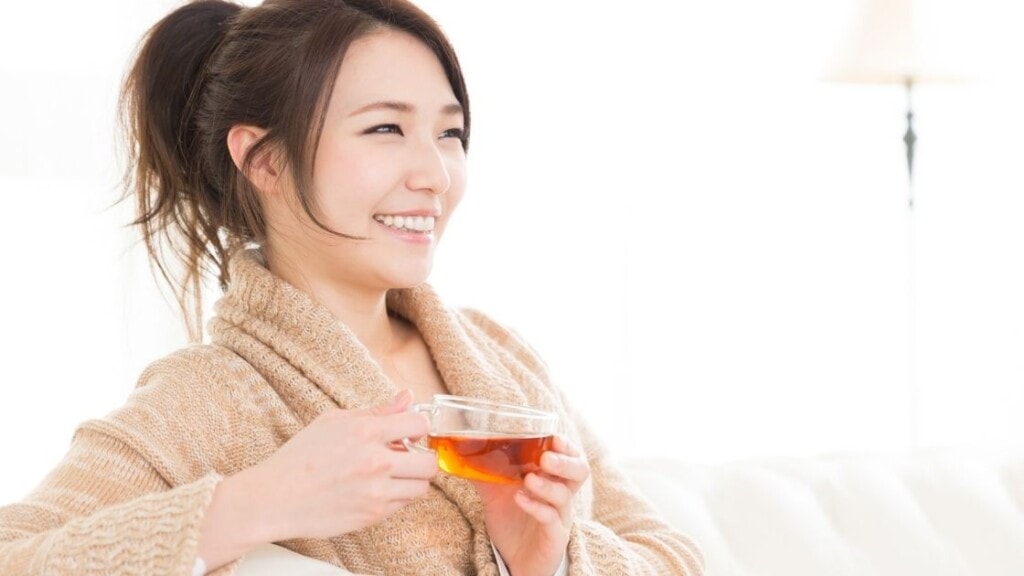 Many mushrooms are extremely toxic, whereas, others can only be mildly toxic.

But, on the flip side many mushrooms are extremely beneficial and also popular such as truffles.

Because certain mushrooms can be harmful to the body, here’s an explanation of the side effects of mushroom tea.

Overall, there are no known side effects of drinking mushroom tea provided the mushrooms aren’t toxic.

There are an extremely large number of mushroom varieties and come are deadly or toxic. Therefore, care needs to be taken to only make mushroom tea out of healthy mushrooms.

As you may know, it’s very important not to just pick and consume any random mushrooms you see.

Because not all of them are edible mushrooms.

For example, the somewhat beautiful toadstool is extremely toxic to humans.

Here’s an article from Encyclopedia Britannica where they show 7 of the world’s deadliest mushrooms.

If you experience any negative symptoms from drinking mushroom tea then seek medical advice from your local GP.