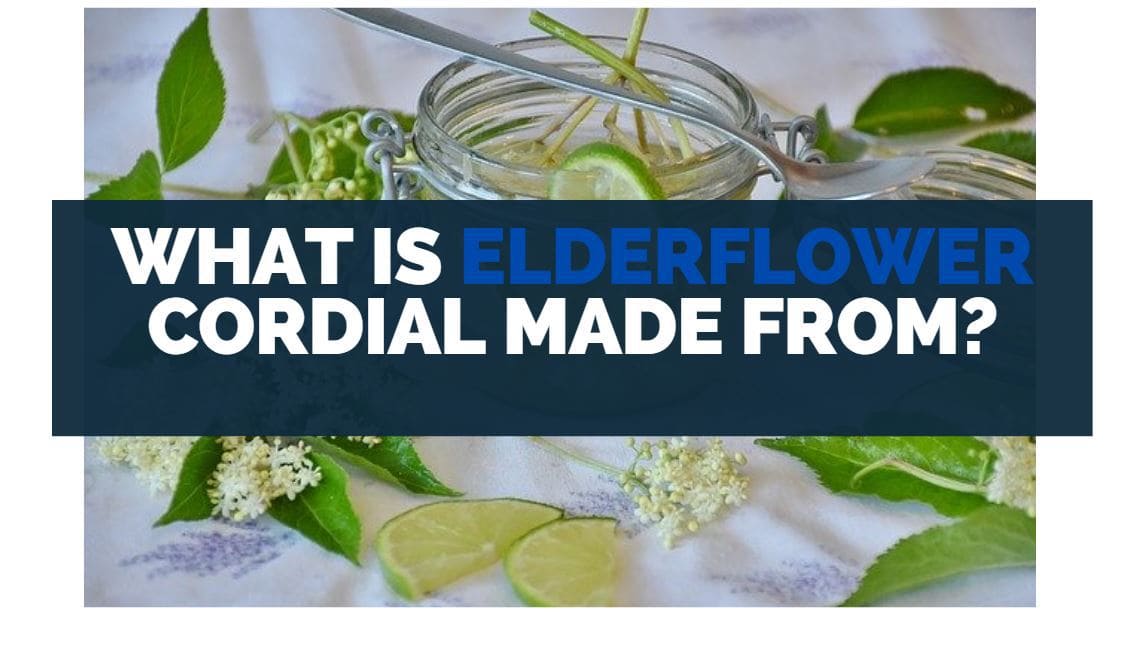 What on earth is elderflower cordial? And what is cordial, anyway? Get the answers to these and more of your burning questions in the following article.

So What Is Elderflower Cordial?

Elderflower cordial refers to a cordial made from the flowers of the elder plant. It can also refer to a soft drink derived from elderflower and refined sugar.

But in order to know what we mean by that, you ought to find out what cordial is and what elder or elderflower is.

Cordial has multiple definitions. It may refer to an alcoholic beverage, a distilled and sweetened spirit, a liqueur, which has a dessert-like quality and is very sweet.

Cordial can also mean a syrupy nonalcoholic drink base, generally made from fruit or plants. This sense of the word “cordial” is heard more commonly in Great Britain.

Yet another meaning of cordial indicates a medicinal tonic that may be sweet and pleasant to the taste.

The sweetness and pleasantness associated with the drink cordial may contribute to the meaning of the adjective “cordial.”

However, this meaning for the cordial as a medicinal tonic was used in the past but is no longer commonly heard in present-day language. 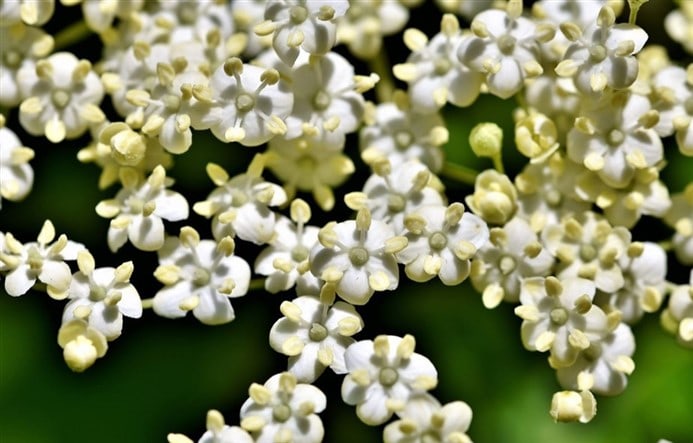 The meaning of cordial when used in reference to elderflower cordial is primarily the second meaning, the nonalcoholic syrup made out of plants or fruit.

In the case of elderflower cordial, it is made from the elder plant, specifically the flower portion of the plant.

So what is an elderflower, anyway? The elder plant, known by its scientific name Sambucus nigra, is a speciates of flowering plants that are native to North America as well as the majority of Europe.

But there is much more to learn regarding elderflower cordial. Below, we will discuss its health benefits and more.

As was stated earlier, elderflower is the flowers from the elder plant. And the elder plant, as was mentioned before, is also known by several other names, one of which is elderberry.

If elderberry sounds more familiar to you than elderflower, you may have seen, heard of, or read the hilarious play Arsenic and Old Lace, in which elderberry wine is used as the weapon of choice by two old ladies to murder lonely young men.

Also, elderberry wine is alcoholic, while elderflower cordial in the traditional sense does not refer to an alcoholic beverage.

Let us delve more deeply into the two distinct meanings of elderflower cordial.

As we already discovered, one meaning of elderflower cordial refers to a soft drink that is made from elderflower, sugar, and water.

Elderflower cordial in the present day may be found in basically all the territories that the former Roman Empire used to cover, such as England, Austria, Germany, Slovenia, Romania, Croatia, Slovakia, and Hungary.

How to make English Elderflower Cordial

In these regions, elderflower cordial is generally still made using the traditional method.

The other definition of elderflower cordial refers to what we think of when we consider other types of cordial.

In this case, elderflower cordial is defined as a sweet nonalcoholic syrup or squash that can be diluted with sparkling water, still water, or other beverages like champagne to form a flavored beverage.

When elderflower cordial is used in this sense, it is almost always diluted before drinking, as the viscosity and low flow rate of the syrup as well as the extreme sweetness would make it very difficult to drink on its own.

When elderflower cordial (the syrup kind) is premixed with sparkling water and sold in this form, it is known as elderflower pressé.

So if you ever see the term elderflower pressé, know that it is a carbonated, sweetened soft drink which is produced by diluting elderflower cordial (the syrupy kind) with sparkling water.

When it comes to the production of elderflower cordial, the traditional method involves collecting the flowerheads of the elder plant when they are new and fresh, that is, when the tiny flower buds have just begun to open and bloom.

The flowers of the elder are then steeped in a sugar solution which is highly concentrated. This allows the flavor of the flowers to be infused into the solution.

Elderflower cordial itself, when used in the traditional sense, is not an alcoholic beverage. It is simply a soft drink which is produced with the ingredients of sugar, water, and elderflower.

Elderflower cordial when defined in the other sense (more like a traditional cordial) is also not an alcoholic beverage. It is a nonalcoholic syrup.

You can, of course, dilute your elderflower cordial with nonalcoholic substances (such as still water or sparkling water), in which case the resulting elderflower beverage (also known as elderflower pressé) would not be alcoholic. 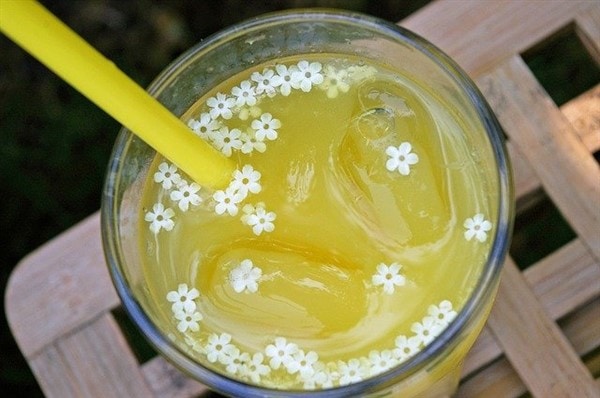 Elderflower cordial, when used in the traditional sense, can be considered healthy in some instances.

In fact, in Bulgaria as well as the region which was formerly known as Yugoslavia, elderflower cordial is used as traditional herbal medicine.

Elderflower cordial has been purported to treate a number of ills, including swollen sinuses, influenza, colds, swine flu, diabetes, bronchitis, and constipation.

It has been said to increase the production of urine, increase sweat production, and stop bleeding.  I am NO doctor by any stretch so do take caution with this anecdotal information and seek proper medical advice.

If it is diluted with an alcohol (such as champagne or gin) the alcohol content may negate some of the stated health effects of elderflower cordial.

To get the maximum health benefits of elderflower cordial, dilute it with water.

How long does elderflower cordial last?

If Camden tablets are used, elderflower cordial may last basically forever if stored in a dark, cool location.