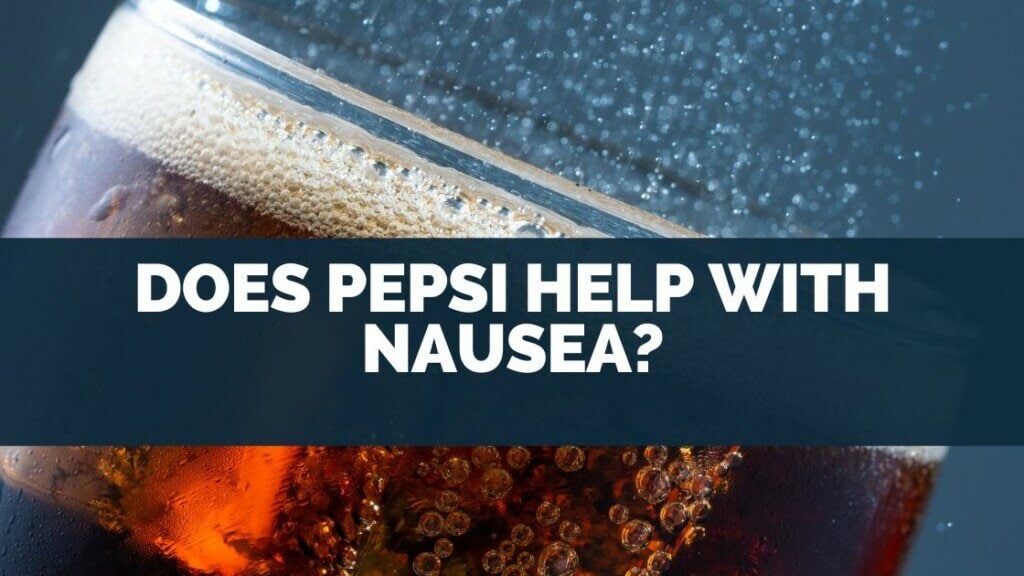 Nausea is often typically caused by a chemical reaction in a person’s stomach and digestive system.

Sodas such as Pepsi are well known for inducing burping which releases gas from the stomach.

I wanted to know whether sodas such as Pepsi help with nausea, and here’s what I found.

In general, Pepsi helps with nausea.

A survey found that 87.10% of people got relief from nausea if they drank sodas such as Pepsi.

But, people report some sodas to work better than others.

Nausea and an upset stomach often go hand in hand.

Below I will cover if there are any specific sodas that are better than others to relieve the effects of an upset stomach and nausea.

As well as, the results of the survey, and why carbonated drinks are good for nausea.

Is Pepsi Good for an Upset Stomach? 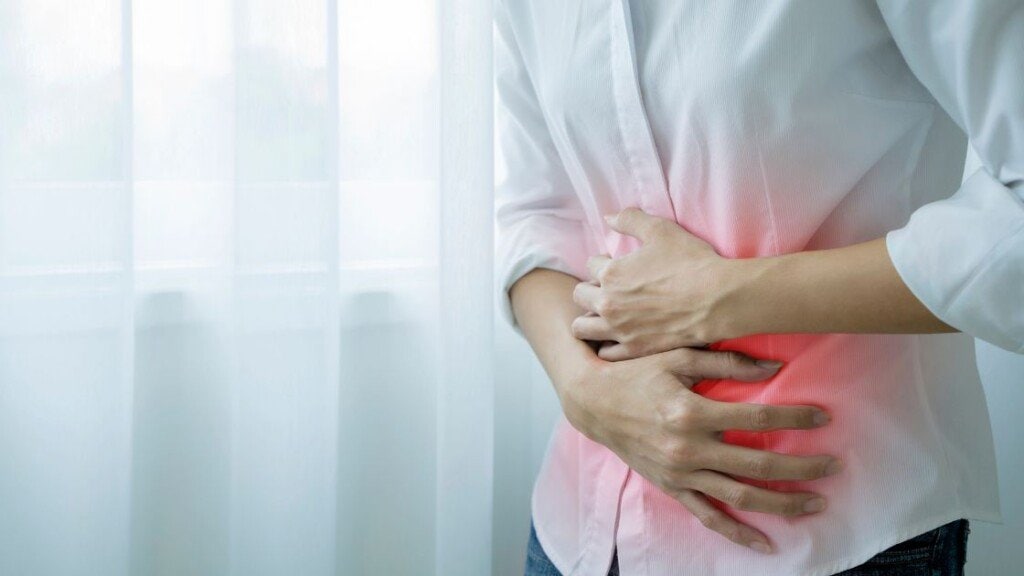 Some people get an upset stomach reasonably often, whereas others only get it now and then or if they eat certain foods.

As a general rule, Pepsi helps with an upset stomach.

An independent survey found that 87.10% of people use sodas such as Pepsi when they have an upset stomach because it provides relief, whereas only 12.90% of people found it had no effect.

To get an accurate idea of whether sodas such as Pepsi work for an upset stomach or nausea, I compiled some data.

The question was: do sodas help with nausea and an upset stomach? People responded either yes or no.

Here is a table that shows the results:

As you may know from high school statistics, the larger the number of responses the more accurate the finding.

However, anything around 30 responses is enough to be statistically significant and can be relied on.

From this survey, it’s clear that the VAST majority of people find that sodas help with nausea and an upset stomach.

Whereas, only a few people find they have no effect.

Many of the people that responded said it helps with morning sickness, and nausea related to pregnancy.

Therefore, chances are sodas such as Pepsi will help or alleviate nausea and an upset stomach for you.

Interestingly, some people found some sodas work better than others.

For example, some people swear by Dr Pepper or plain soda water.

Some people reported that when they feel bloated, it’s often because of gas in their stomachs.

They report that when they drink sodas, it helps them burp, which alleviates their upset stomach.

The advice of medical professionals about sodas for nausea

Medical professionals recommend a few things to relieve nausea and an upset stomach.

However, interestingly, they do not recommend soda.

The medical professionals at Healthline state that ginger is a well-known treatment for an upset stomach, however, they point out accurately that most ginger ale brands do not contain ginger.

However, they do state that cold liquids can alleviate an upset stomach and nausea.

And to avoid spicy food and fried foods.

In my opinion, based on what people have reported about the positive effects of soda on an upset stomach and nausea, it’s at least worth a try.

If you find it works for you, then you will know it’s a go-to when you have an upset stomach or nausea.

The main thing to be aware of is that sodas have quite a high amount of sugar.

So, you shouldn’t consume more than a cup per day to stay under the recommended daily sugar intake. 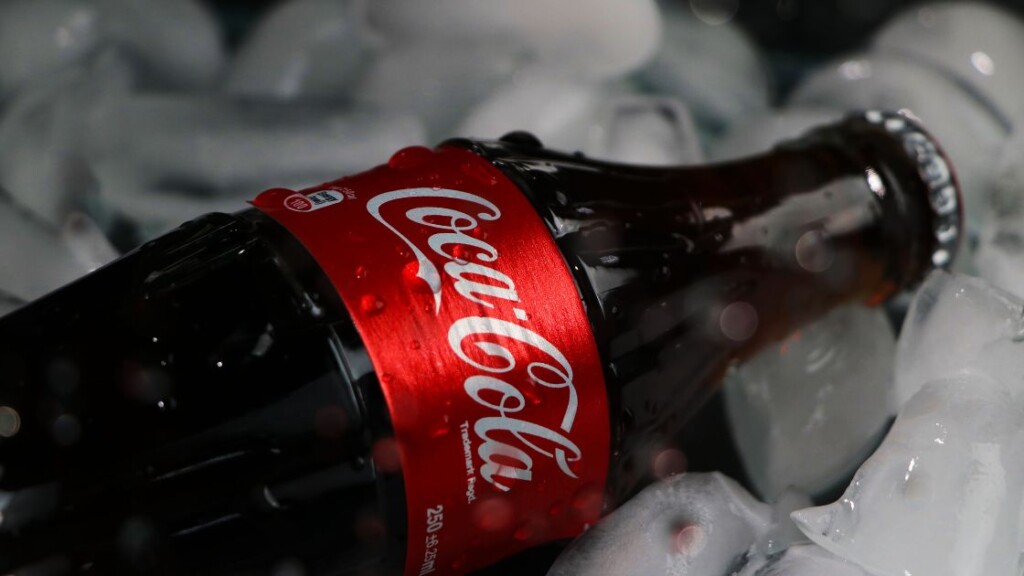 After a meal, some foods and some combinations of foods can cause a bad reaction.

In effect, people feel bloated, get acid reflux, or feel a bit sick a few hours after eating.

Antacids are commonly consumed to help with this, but here is whether sodas like Coca-cola help your stomach to settle.

A survey found the vast majority of people surveyed (87.10%) reported sodas such as Coca-Cola help to settle their stomach, and they frequently consume them if they experience nausea or an upset stomach.

But various sodas work better for other people.

I think you should try well-known brands such as Pepsi, Coke, and Dr Pepper.

People overwhelmingly report that sodas work well for them, especially for morning sickness and the more frequent feelings of nausea during pregnancy.

If you find they aren’t working and you frequently get nausea or an upset stomach, you are likely allergic to a certain type of food.

And it’s best to experiment with the combinations of foods you eat, and certain types of foods.

For example, a small percentage of people react badly to common foods like tomatoes, potatoes, and onions.

Can Carbonated Drinks Help With Nausea? 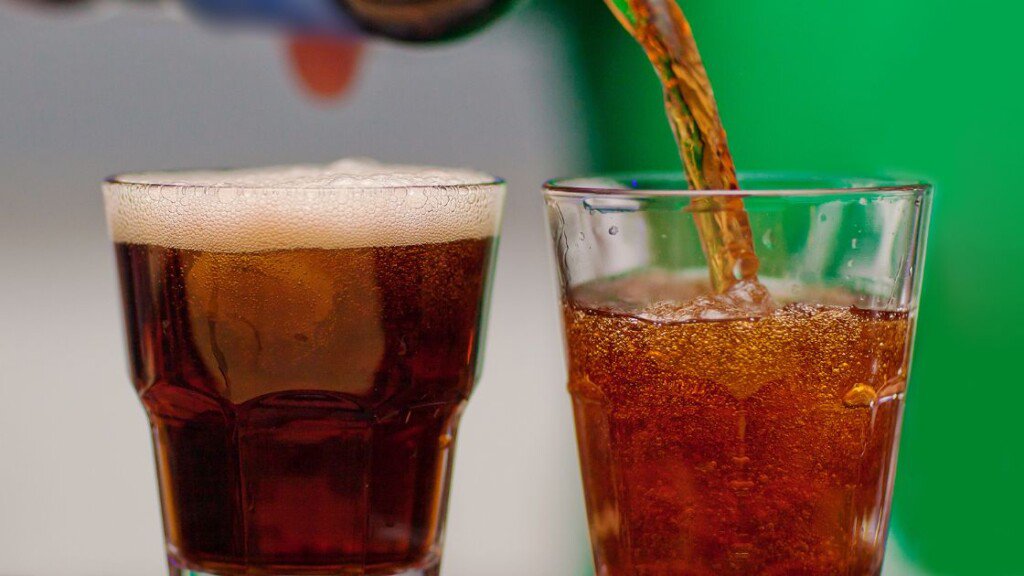 There are two broad types of carbonated beverages, soft drinks, and stiff drinks.

Soft drinks contain no alcohol, whereas stiff drinks is a lesser-used term to refer to carbonated and alcoholic beverages.

Nausea is often made worse by drinking alcohol, but here is whether carbonated drinks in general, can help with nausea.

A survey found that most people (87.10%) agree that carbonated drinks help with nausea and frequently consume them when they have an upset stomach or nausea.

But only carbonated drinks with no alcohol.

The most well-known carbonated drinks that contain alcohol are beer and mixed drinks such as whisky and Coke.

The reason is the fact that they are fizzy, is what helps relieve the symptoms of nausea and an upset stomach.

But, as you are likely aware, consuming too much, incredibly very quickly, often causes people to vomit due to the large amounts of alcohol.

Does Ginger Ale Help With an Upset Stomach? 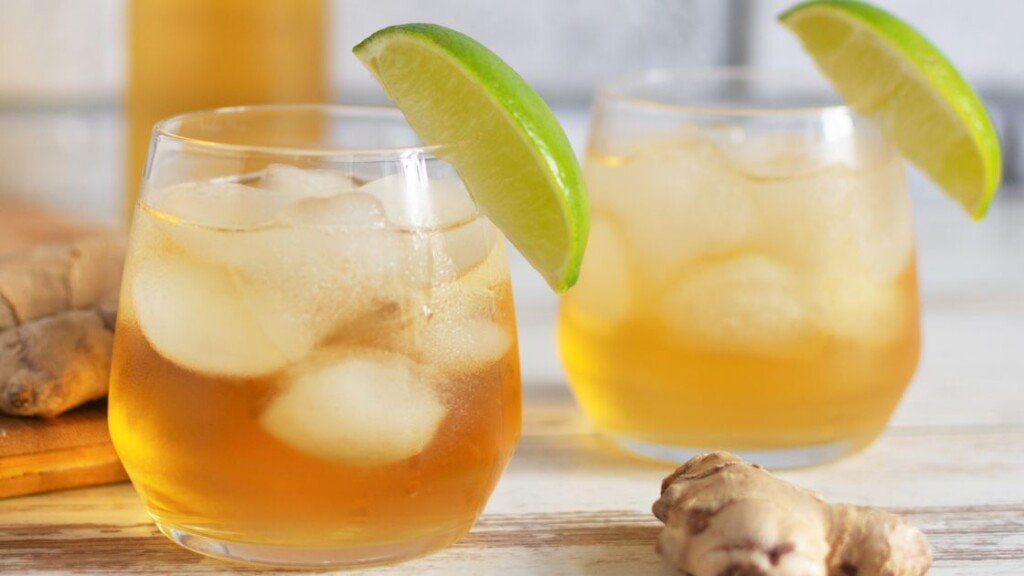 Ginger and similar herbs/vegetables are known to have a calming effect on the body and have various health benefits.

Not all ginger ales contain real ginger, but many people report sodas generally provide relief for an upset stomach.

But, here is if Ginger Ale helps explicitly with an upset stomach.

In general, ginger ale helps with an upset stomach.

An independent survey found that 87.10% of people consume sodas such as ginger ale because they find it helps relieve an upset stomach.

But, people report some sodas such as Dr Pepper or Coca-Cola to work better for them than ginger ale.

Which soda works the best for an upset stomach varies, so it’s worth trying a few different ones.

So, you may find it works better than other types of ginger ale that use ginger flavoring rather than real ginger.